Today we’re talking all about the toddler defiant “No!” phase and how to respond. This post was originally published back in 2017. 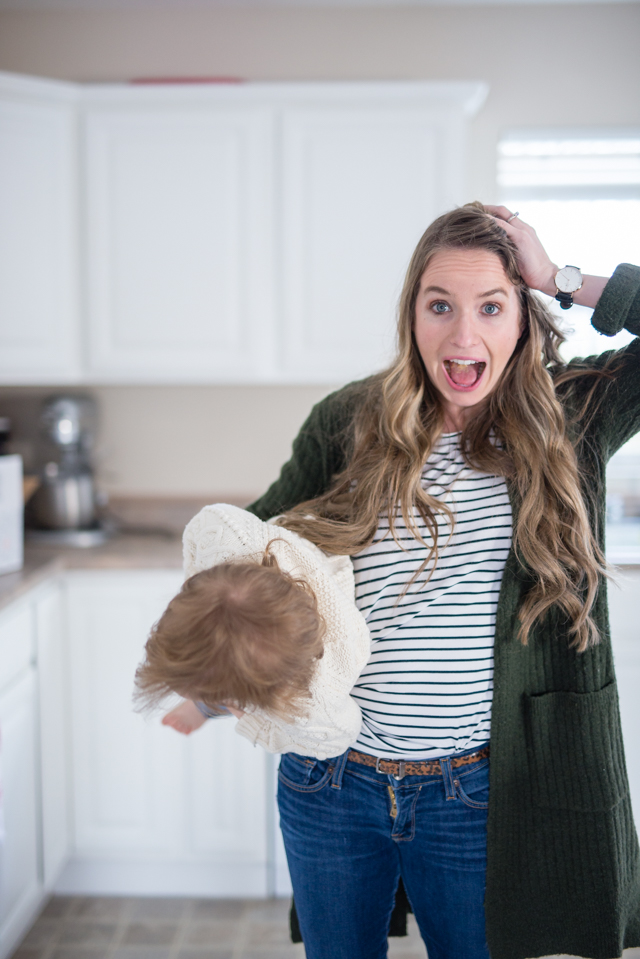 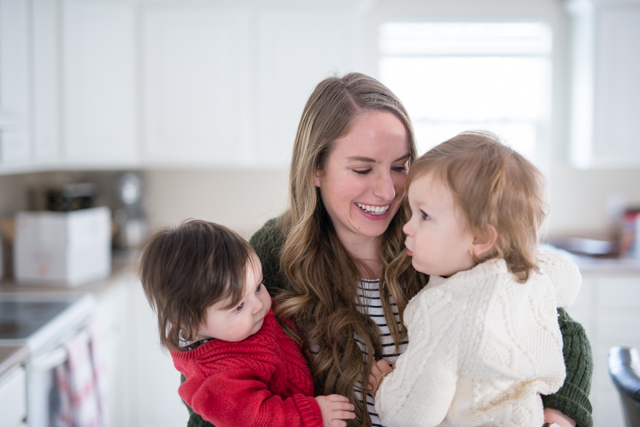 Last month it was like Lincoln fully embraced turning two and immediately switched into defiant toddler mode. One day he was agreeable, easily persuaded, and happy to go with the flow and the next he was eager to answer “NO!” to every single question. Ben was out of town on business and I found myself going a little bit crazy. Simultaneously he started asking why to anything he wasn’t saying “no” to (you can find the full post on why toddlers ask “why” and how to respond here) . And the combo has done wonders for increasing my patience (and helping me lose it) over the last few weeks.

After hours of reading and a few weeks of implementing, here’s what’s working for us and a few other ideas for when your toddler hits the “no” stage. If you”re interested in why your toddler has suddenly started saying “no” to everything and need a few coping strategies on how to respond, keep reading.

It certainly doesn’t feel like a good thing when your little one is defying your requests (and statements, and suggestions, and anything else that comes out of your mouth), but “toddler refusal” is just evidence that they’ve discovered they have a will and they want to exercise it. It is an indication that they’re developing independence and, if you think about it, the ability to say no to something they don’t want and assert their own opinion is a really valuable skill. In his big world, your toddler doesn’t have a lot of control, and saying “no” is his new way of trying to get a handle on it.

And there’s hope. Our “no” phase came on very suddenly but I hear it can go away just as suddenly as it started. I find the mantra “this too shall pass” is helpful in almost every stage of raising babies, whether it’s the sleepless newborn nights or the resistant toddler months.

Child Development published a study showing that toddlers (specifically 2 and 3 year olds) argue with their parents 20 -25 times an hour. So know that I’m in this with you, and so are millions of other parents.

How to respond / coping strategies when your toddler says “No”

1. When your toddler says no:  Ignore the word

If it’s not a big deal, some child development specialists say it’s okay to just ignore the word. I’ve found with Lincoln that when it isn’t a direct response to a request, ignoring his outburst works just fine.

Throughout our day I’ll explain to him what the plan is, “We’re going to clean up in a few minutes so we can have lunch and after lunch we are going to take a nap.” I haven’t asked him to start cleaning up, or to do anything for that matter so his “No” is really just an indication that he’s having fun playing right now or he isn’t excited about the prospect of taking a nap. Sometime’s I’ll respond with, “I understand you aren’t excited about that, but that is the plan.” or simple “Well that is the plan.”

2. When you’re toddler is being defiant: Redirect the child

If you sense a bad behavior is coming, or a refusal, instead of allowing it to happen and dealing with it, redirect. It seemed counter intuitive to me at first, like I was avoiding the teaching moments, but every child development specialist I’ve read says to redirect and it limits the confrontation in our home immensely.

3. Regular interactions with your toddler: Give choices

4. Appear to give choices and avoid Yes or No questions:

This same strategy works for just about everything. It’s turned the usual “It’s time to take a bath.” “NO!” conversation into, “Would you like to take a bath with bubbles or without bubbles?” Even if he didn’t want to take a bath in the first place, he’s now focused on trying to make a decision about the type of bath he’ll take and all (or most) resistance goes away.

Another great version has to do with imitating animals. Often instead of asking Lincoln to go somewhere specific (like the kitchen or bathroom), I’ll ask him if he’d like to walk to the destination fast like a lion or slow like a turtle. Today, while trying to make our way down the hall to the kids room at the gym, I really just wanted him to move quickly so instead of saying “Lincoln, can you walk fast please?” I opted for “Do you want to walk fast like a lion of fast like a jaguar?” He picked the jaguar and nearly ran to the door. 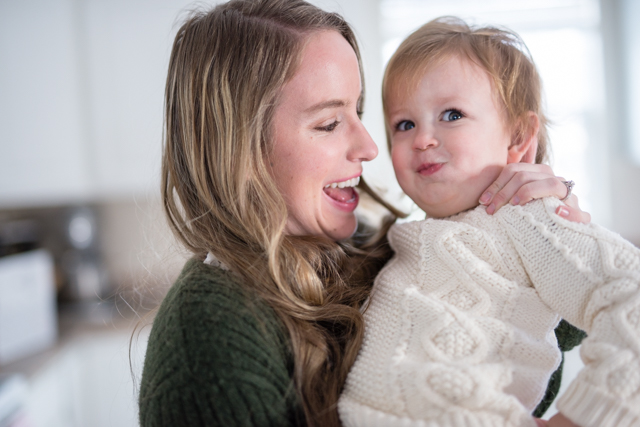 Sometimes you can’t avoid yes or no questions but it is useful to start teaching your toddler the space in between yes and no. The answer to “Do you like carrots” could be “not very much” or “I like them a little bit.”

I’ve also found it really rewarding to teach polite versions of yes and no. We’re working on “yes, please” and “no, thank you.” And it is much less frustrating for a toddler to repeatedly say “no, thank you” when you’re asking him to do something 😛 (I also really love when Lincoln repeats, “I’d rather not.”)

A child is more likely to say no if they hear no all day long. When Lincoln was very young we were intentional about only saying the word “no” for specific behaviors (touching outlets and touching our glasses on our faces were the two main ones). Everything else would be “maybe later” or “why don’t you try this instead?” We’ve fallen out of practice but I’ve recommitted to using “no” only for things that are always “no” and don’t happen to be “not right nows.” I find it helps me use it less and is also clearer for Lincoln who is trying to get a grasp on the rules in this world around him. For example, my response to “Have a pouch, please” right before dinner would be, “We are going to have dinner in a few minutes so we are going to keep playing instead of having a pouch. You can have one with breakfast.” But, my response to him hitting his sister is “no” because there isn’t a circumstance where that answer would change.

7. Give explanations about why you’ve asked something

These small explanations make a world of difference for us. When I explain he needs to get into the car so we can drive to the grocery store or he needs to pick up his toys so we can have dinner, he is MUCH less likely to say no. Lincoln is more likely to do something he doesn’t specifically want to do if he understsands why he needs to do it.

8. Praise the positive: Instead of focusing on the negative

Focus on praising positive attributes in your toddler instead of critiquing the negative. Even when you toddler is acting out, you can use the positive. Here’s an example:

I ask Lincoln to clean up his toys (because sometimes explanations are not enough and I’ve forgotten to give him the choice to clean up his animals or his cars), and he says no. A month ago I would have said, “Lincoln, I’ve asked you to clean up your toys and you are not being obedient. Clean up your toys right now.” It works so much better if I say something like, “Lincoln, often you are so good at being helpful. Can you be helpful and obedient and pick up your toys right now?” When I attribute a positive quality to the action he is more likely to do it, and much more likely to be happy about it.

I try to follow up by praising his action and the attribute that would go with it. So when he gives a toy to Adelaide after I ask him to share I thank him for sharing and for being so kind and inclusive. 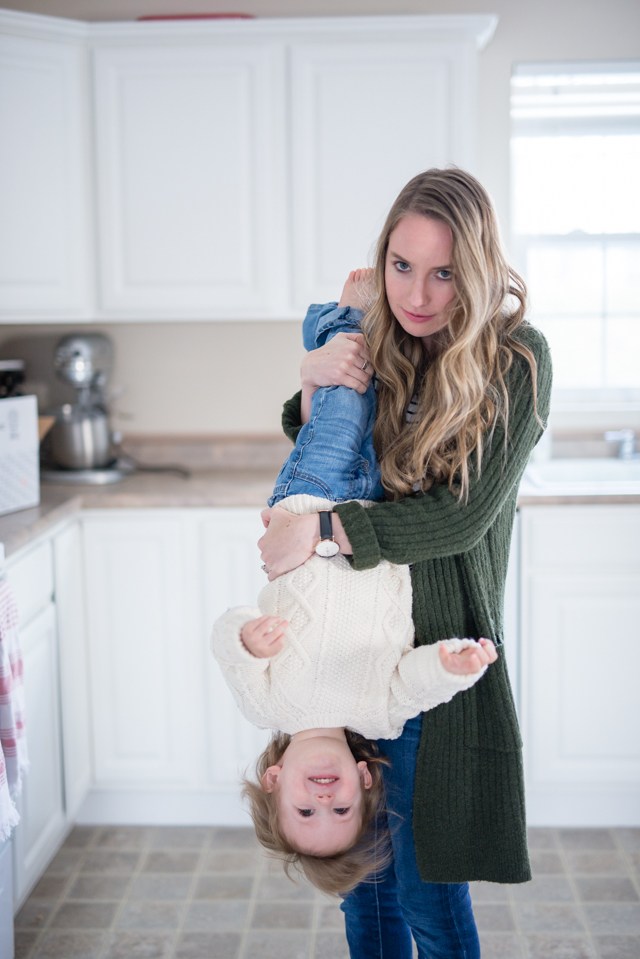 Ask your toddler to do something along side you and they’re more likely to do it voluntarily. Lincoln is more apt to come to put his shoes on if he sees me or Ben putting our shoes on. We’ve had similar experiences with teeth brushing. Sometimes all you need to do is model the behavior to make it appear more desirable

10. One last tip: Use the positive

This is one we have just started trying with Lincoln so I have nothing to report yet, but it has me really thinking about the types of phrases I use and I like the idea of creating more positivity in our conversations.

Phew, so that was a lot. I hope a few of these are strategies you can begin to implement.

If you’re in the “no” phase, like us, you’ve probably also hit the “why” phase. I’ve been diving into that one this week and working on sufficiently answering all of Lincoln’s 8439802 daily questions and am excited to share what’s been working in this new post! 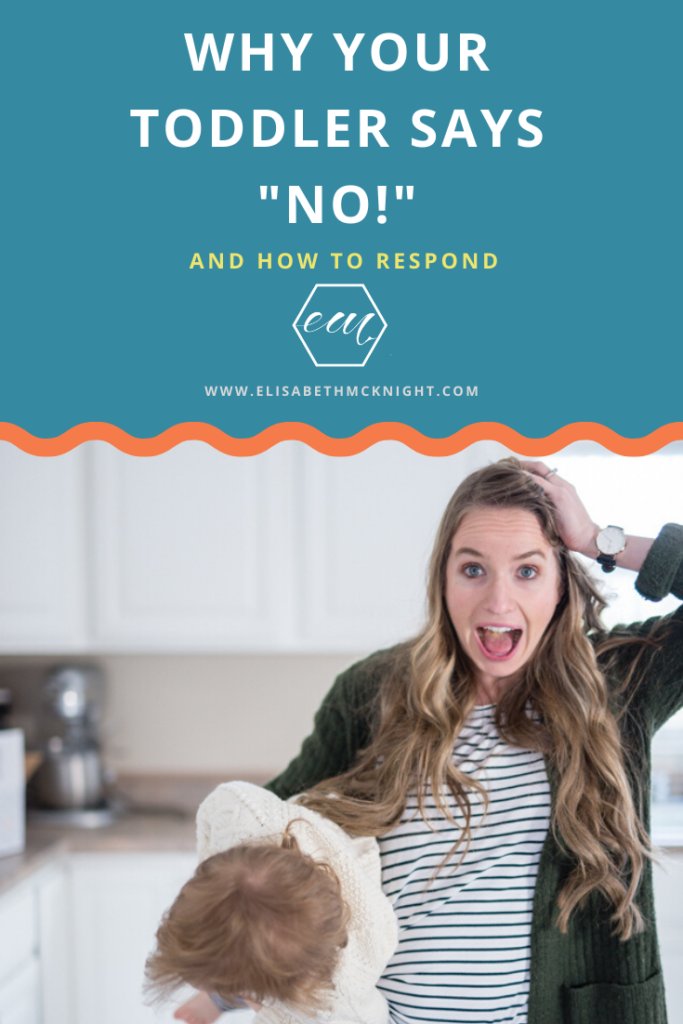