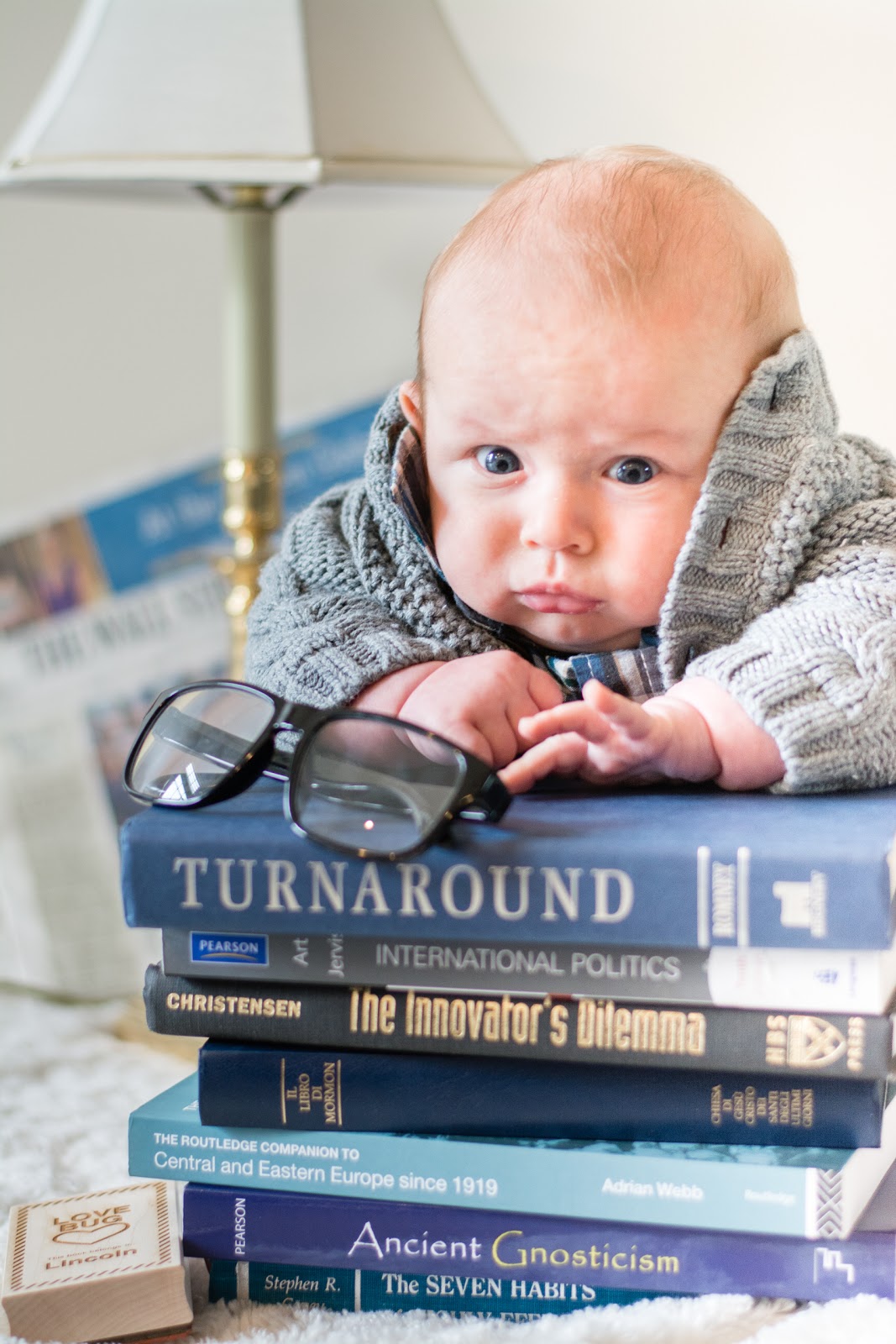 My baby is almost six months! Say WHAT?

I know, I know, I said I wouldn’t be one of those moms that talks about how life goes by so quickly and how we need to soak up each moment and blah blah blah, but I swear he just grew out of his newborn clothes like last month (when in reality it was like 5 days after he was born #chunker). I took these photos ages ago and they are too fun not to share, even a few months late.

Today I was returning books to the library with Linc (and paying $7 in late fees because keeping track of time is apparently not my strong suit at the moment) when a lady started making polite chatter. Her niece is pregnant and while she might not have been thrilled about that, she was thrilled to hear we do lots of reading aloud to Linc (I’ll be sad when we have to stick with age appropriate literature because right now he just gets to hear whatever I’m reading while he plays). Most recently he’s been learning about the Proper Care and Feeding of Husbands mixed in with a bit of John Grisham. When Dad gets home he scriptures in Spanish and business strategy. His favorite though, is still “Oh Say Can You Say” by Dr. Seuss. If you have any reading to do with babies, or have friends about to have babies, this is the best book to read (and by best I mean most fun for the parent). You’ll thank me later.

Oh and after I said goodbye to my new friend at the library, I changed a very dirty diaper in the middle of the parking lot. It’s the little things. 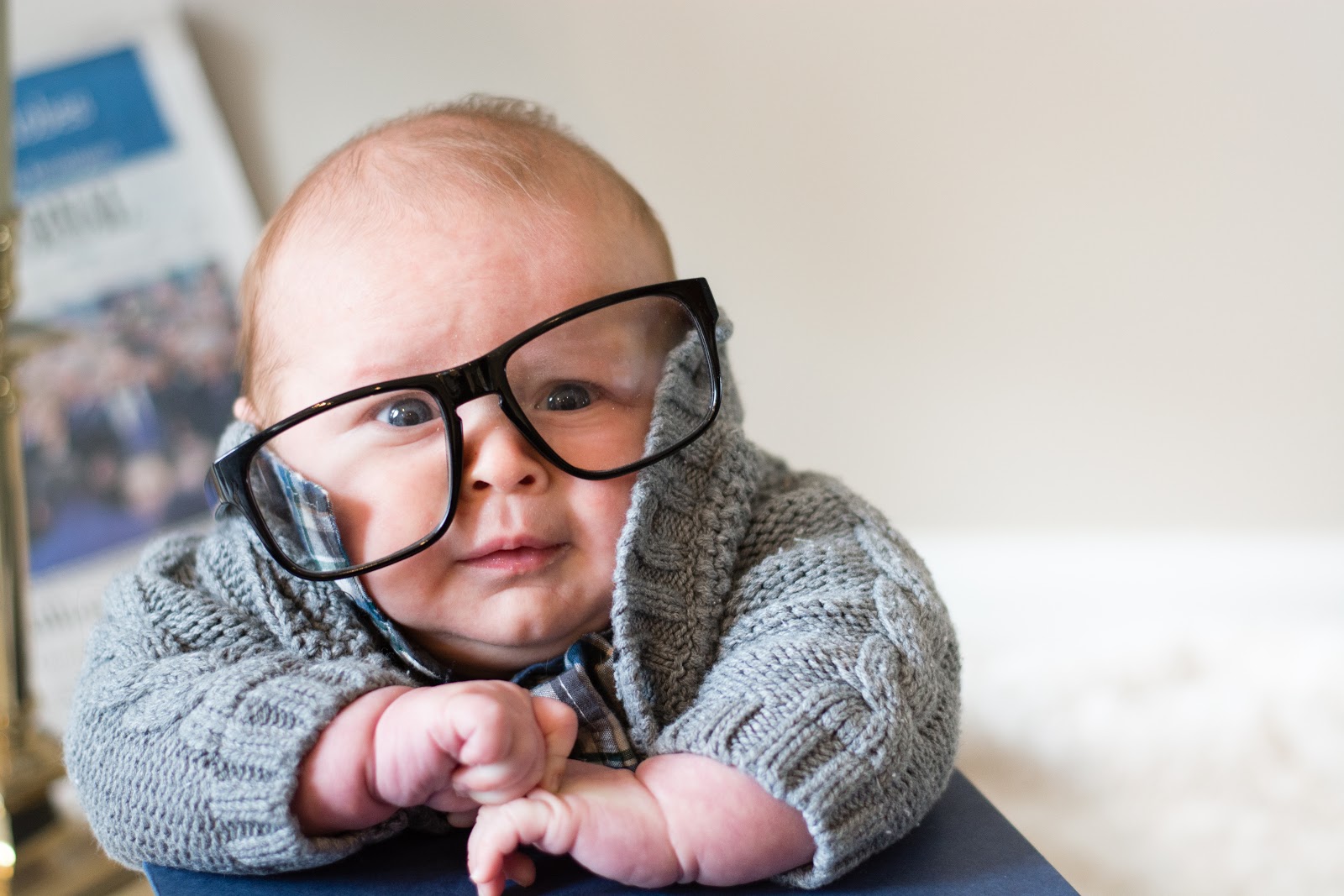 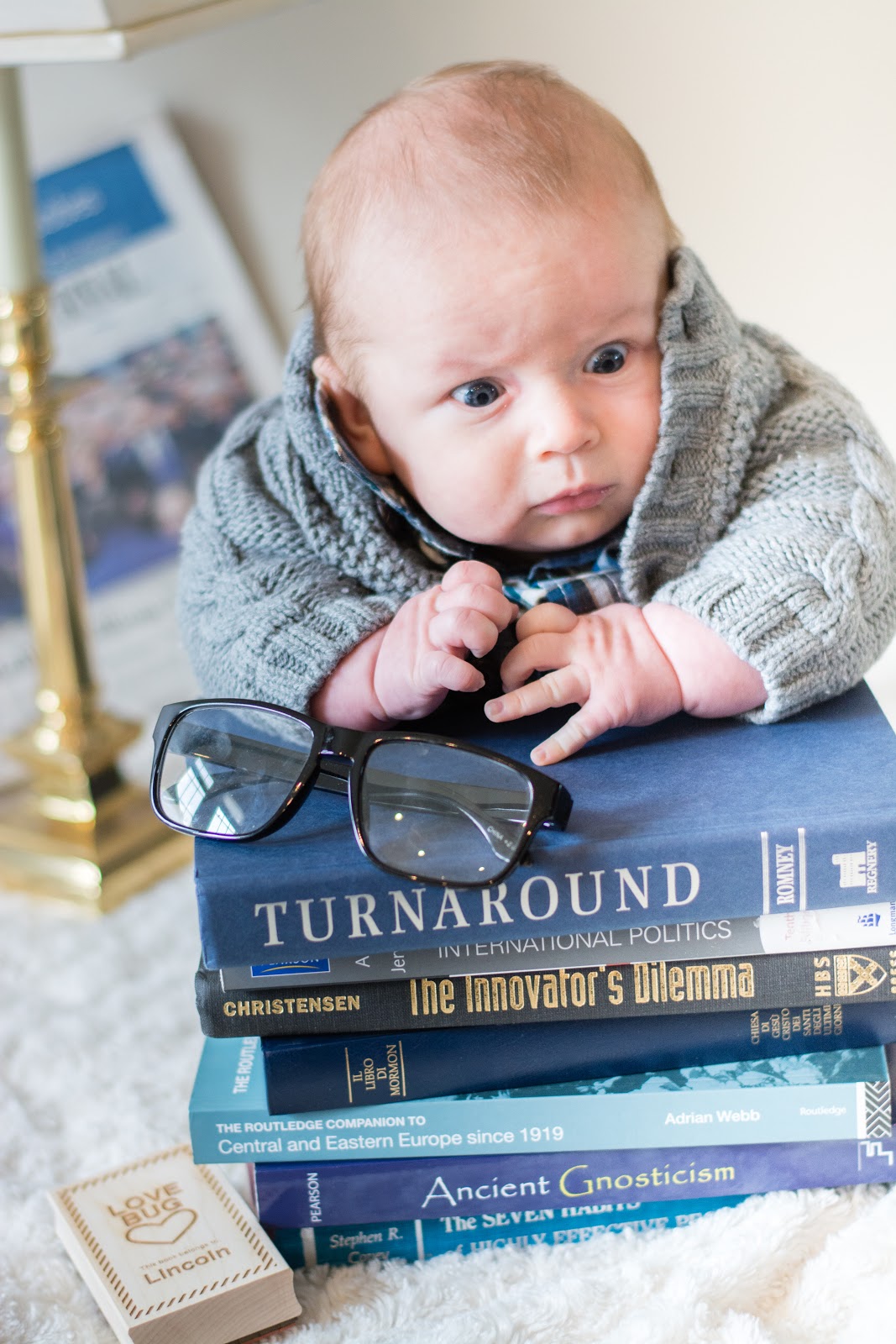 ^So I grabbed books off the shelf in our office organized by color (because at some point I’ll organize them in a practical way but the organization by color makes me happy) and its fun to see how this set reflects the family Lincoln was born into. 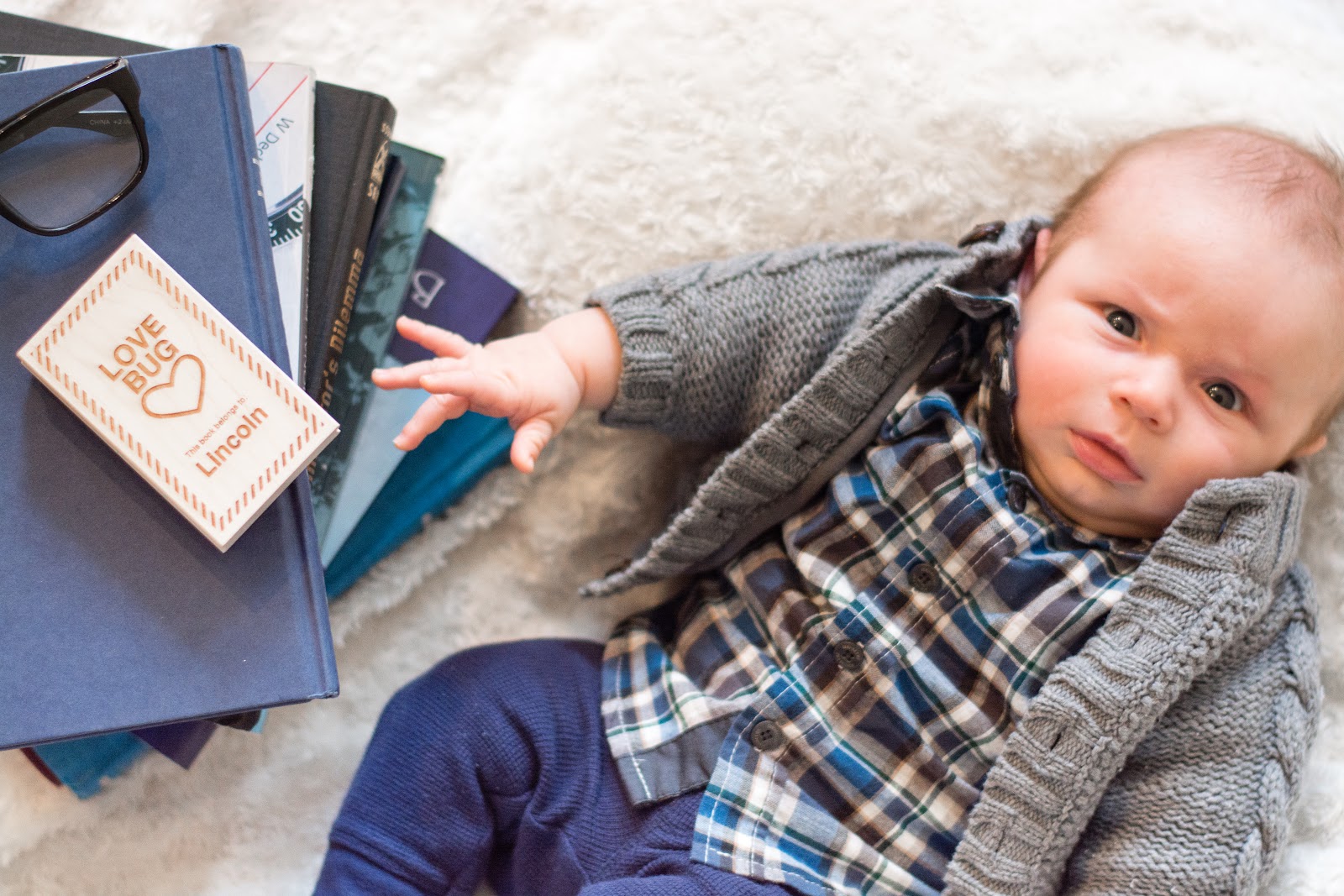 ^My friend Heidi sent over this cute book stamp a few weeks after Lincoln was born and I want to stamp every book in the house with it 😉
Happy Wednesday!