Our third and last day in Mykonos we dragged ourselves away from the peaceful pool and took the ferry over to Delos for a morning of mythology + ruins. Delos was great, but the pasta we had afterward was even better – easily my favorite meal in Greece! 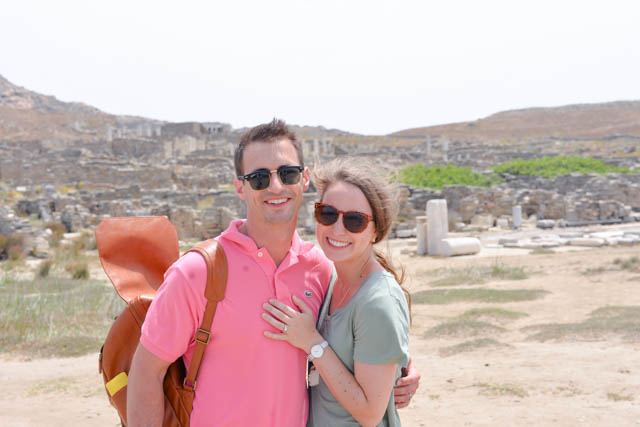 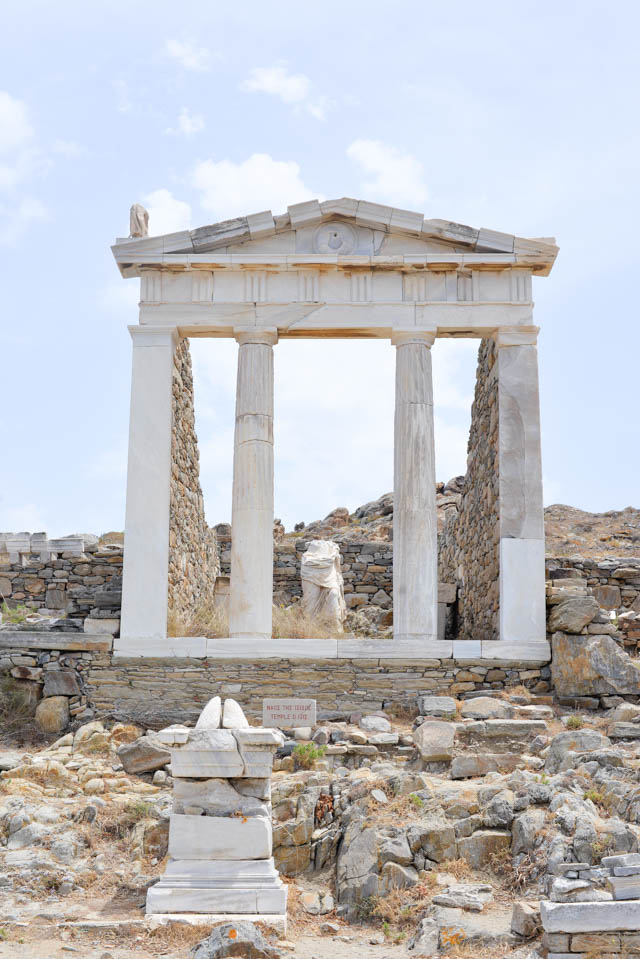 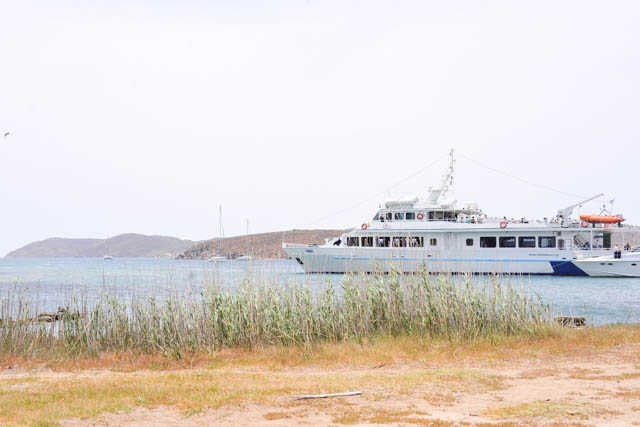 Our third day in Mykonos we decided to drive down to the port and take a ferry over to Delos.

The short version: Zeus seduces Leto (a regular thing for Zeus, who is married to Hera). Leto is pregnant with twins. Hera is furious. Hera bans Leto from giving birth anywhere on the earth. Leto is in a lot of discomfort, not being able to deliver her babies. Poseidon takes pity on his brother and Leto and creates the island Delos. Leto gives birth to twins Apollo, God of light, and Artemis, goddess of the hunt.

These births rendered the island sacred. The Greeks built numerous temples on Delos, turned it into a thriving center of commerce, and, in reverence to the gods born here, forbid any mortals from dying or being born on the island. Anyone close to death and women on the brink of childbirth were transported to the nearby island of Rineia.

You had the ionians in 1100 BC who developed the island into a powerful commercial and spiritual centre. Later it came under the protection of the Ptolemies of Egypt. During the Roman period Delos thrived as one of the biggest markets for international merchants. And then Pontos (a Roman enemy) destroyed Delos (and Mykonos).

Little history is known about Delos after this destruction in 88 BC until the excavation that began in 1873.

Guide or No Guide in Delos?

What is really neat about Delos is that it is NOT a museum. You do pay an admission fee and there is a small museum on the island, but the island itself is the most amazing part of history. There is no other island on earth that is home to so many antiquities from so many different periods. And you can just wander through and climb, touch, and take pictures of it all.

Delos is a great place to have a knowledgeable guide if you really want to be able to understand what you’re looking at. We went in the heat of the day and opted to just stay the one hour between ferries on the island and skip a 2.5 hour guided tour. We didn’t get to appreciate as much of the history as we could have but a little bit of reading before hand still made it a wonder to see.

I loved just getting to wander through the ruins, imagining what it had looked like as a market place, with people living in small rooms behind their shops which lined wide, busy streets. We climbed on columns, hurrying for a picture before someone told us to get down, but no one did. You can feel the history of the place.

So, if you’re a sucker for Greek Mythology or ancient ruins, AT LEAST go spend an hour exploring. If you have more time, spend a couple more hours and go through the island with a tour guide.

We took the half hour ferry from the old port in Mykonos to Delos and stayed on island for one hour. This was NOT a lot of time and didn’t let us explore the whole island. But we were happy to get back in time for lunch.

After Delos we were STARVING and in desperate need of lunch. There was a pasta place we’d seen the night before (after we’d ordered gyros from a street vendor) that we decided to try. And it turned out to be my favorite meal in Greece. 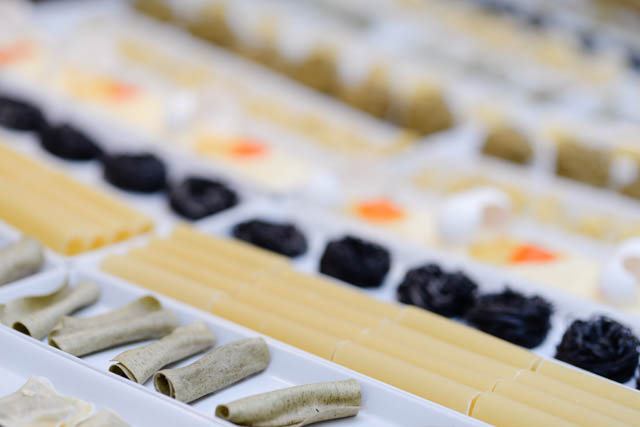 Pasta Fresca Barkia was one of the first Italian restaurants in Mykonos and showcases it’s homemade pasta outside the restaurant (so you can’t miss it on the main alley/street of the old town). Please, do yourself a favor and order the truffle ravioli. Our server recommended we get it as an appetizer to share and once we took a bite, we all regretted we hadn’t ordered it as our main dish too.

We wandered around after our late lunch and grabbed gelato in the old port before driving back to our house for the evening. We ordered in gyros by the pool for dinner and relaxed as we talked into the evening before packing for our ferry leaving the next morning. A pretty wonderful way to spend a last day in Mykonos.

And here are a million more pictures from the day 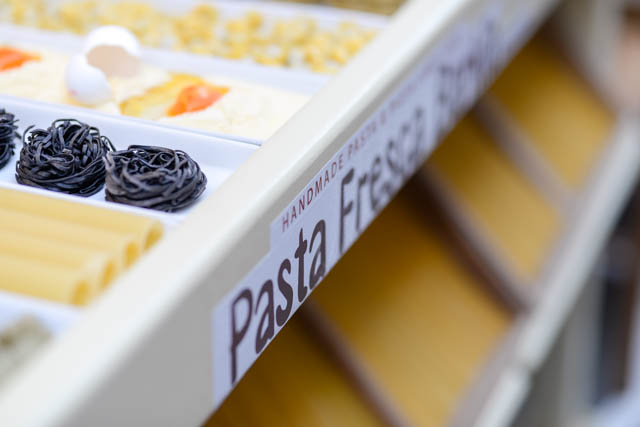 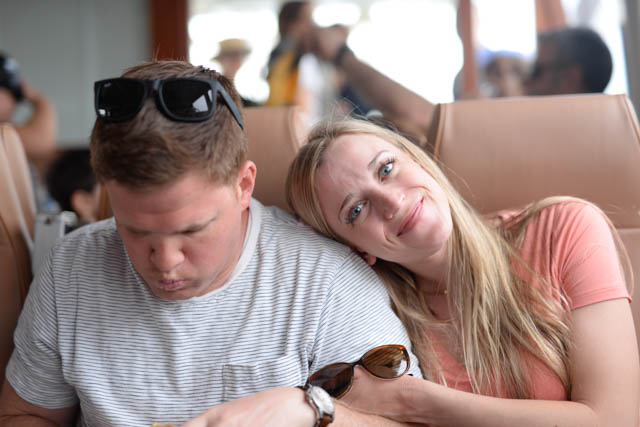 ^on the ferry headed from Mykonos to Delos 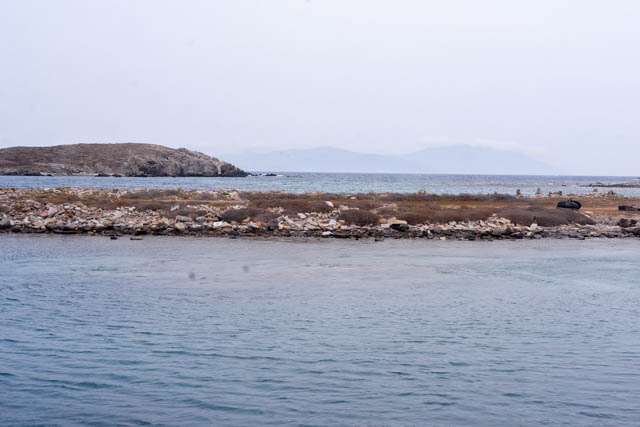 ^a first view of Delos 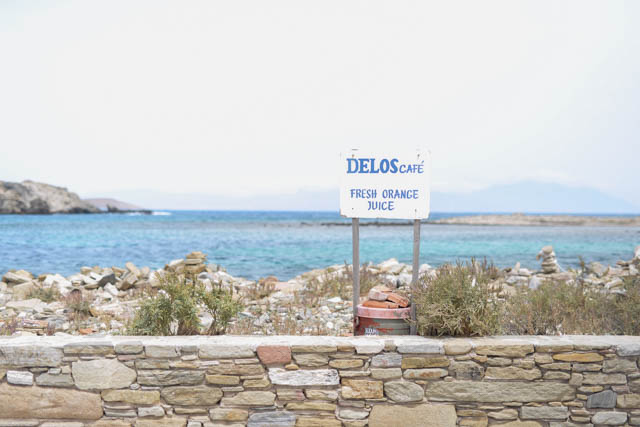 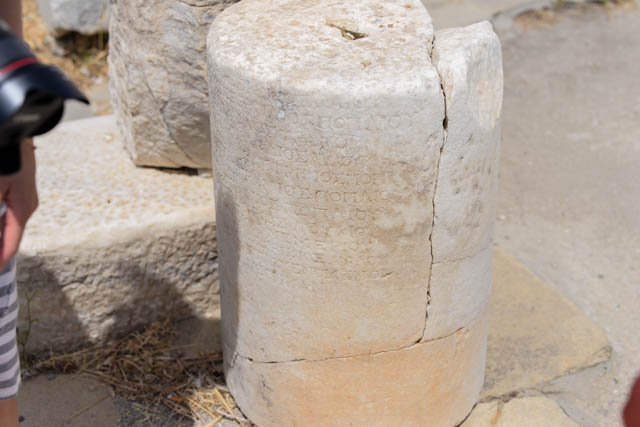 ^think about how many hundreds (or thousands) of year sago those letters were chiseled into that pillar? 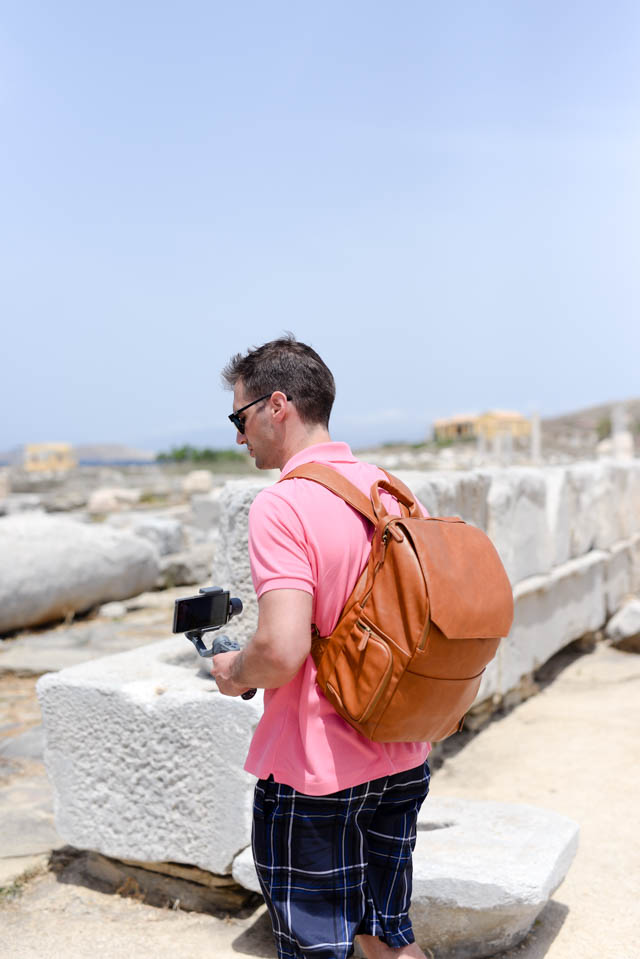 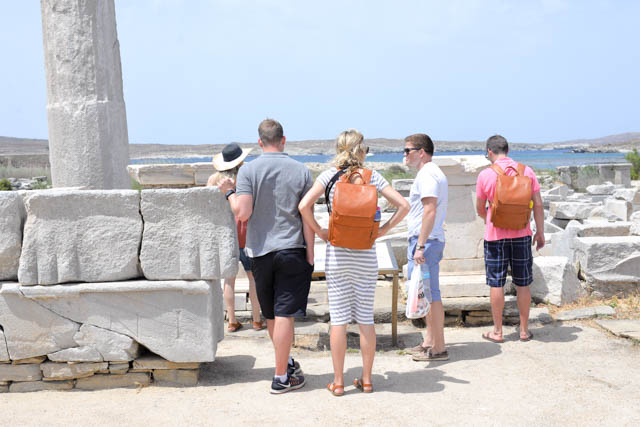 ^sporting the matching Atlas camera backpacks (thanks, Laura, for the recommendation!) 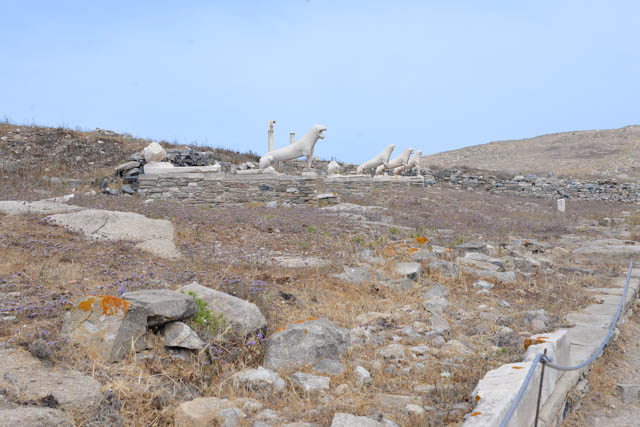 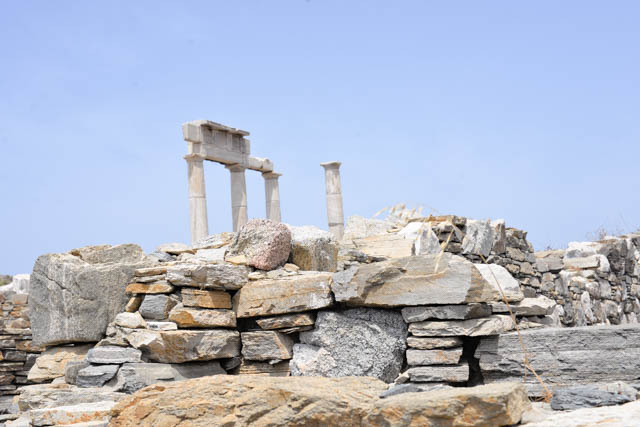 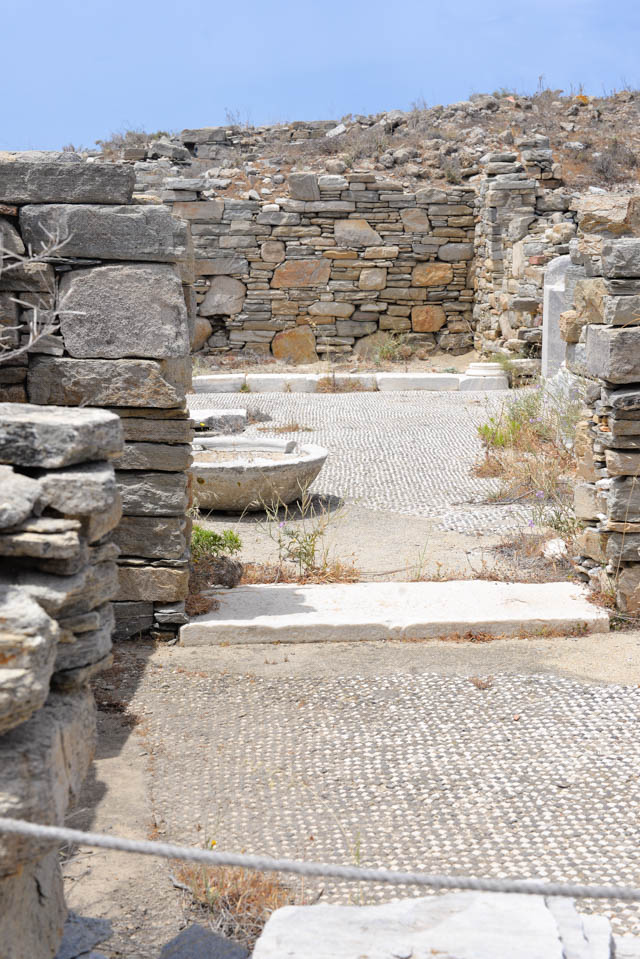 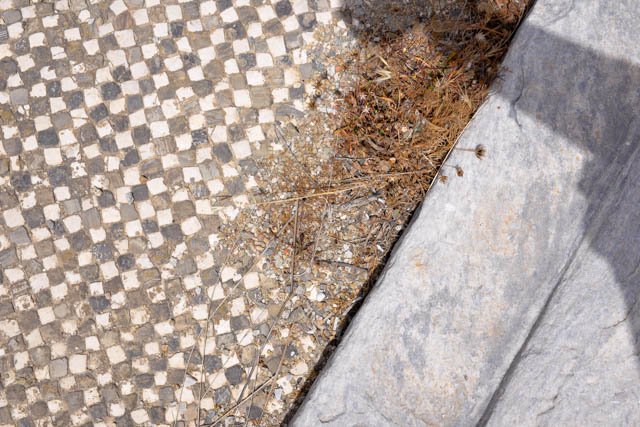 ^these little stones were placed here over a thousand years ago… 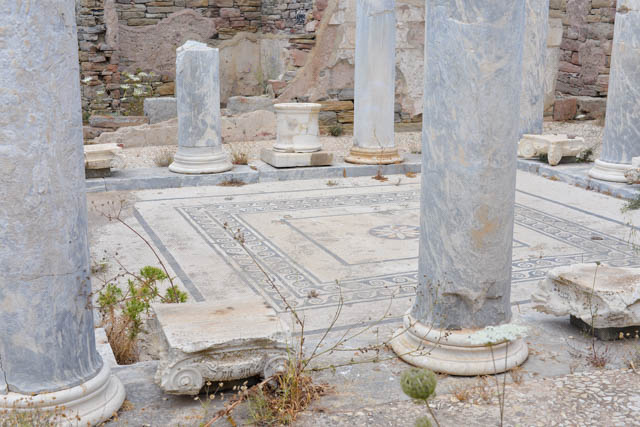 ^there were a few places that were roped off, like this beautiful mosaic, but we still had a great view 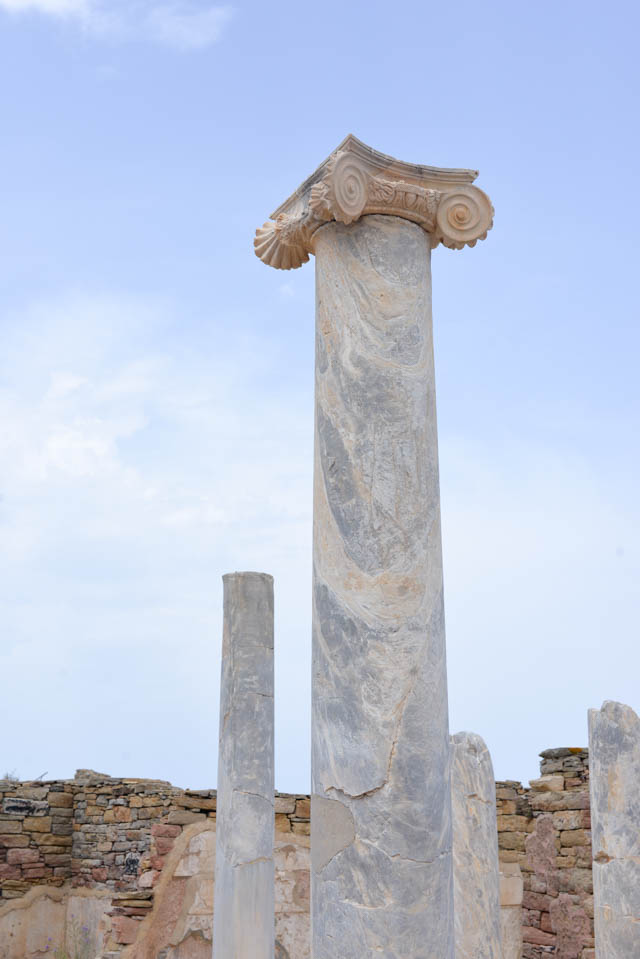 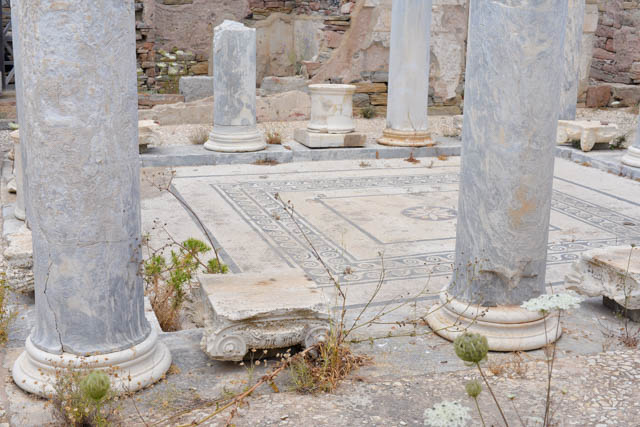 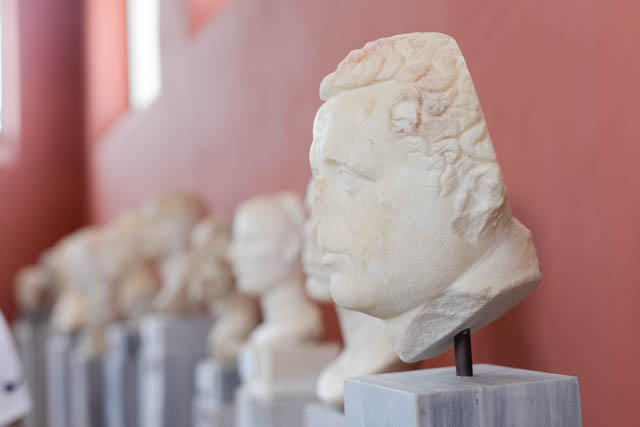 ^they had a few more delicate pieces inside a museum 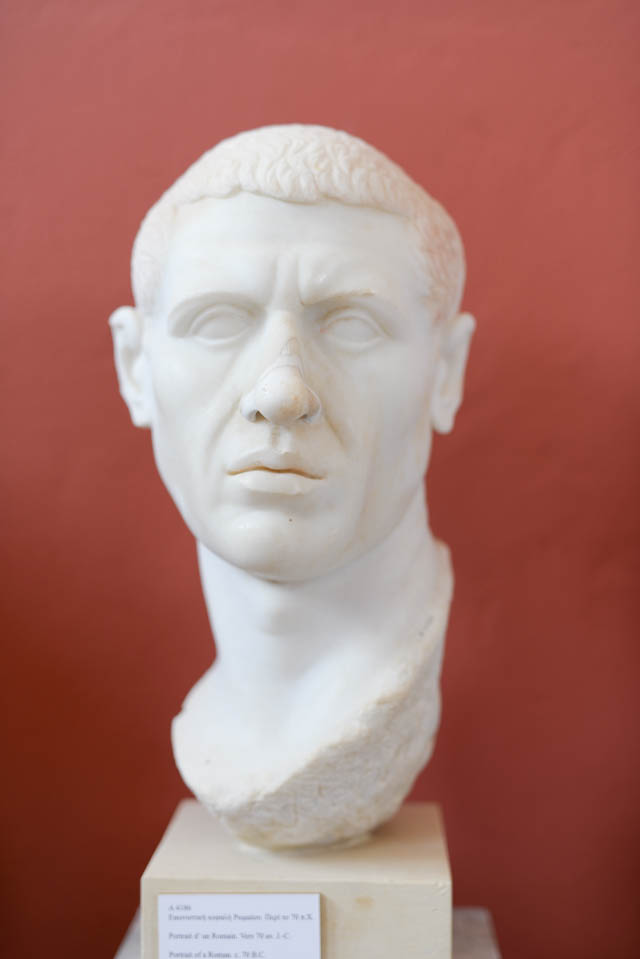 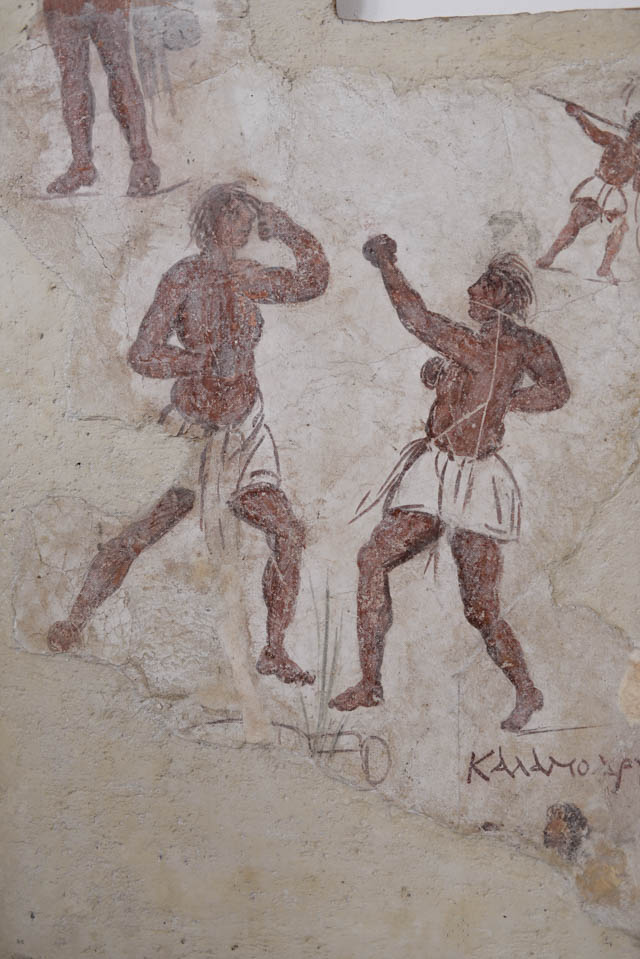 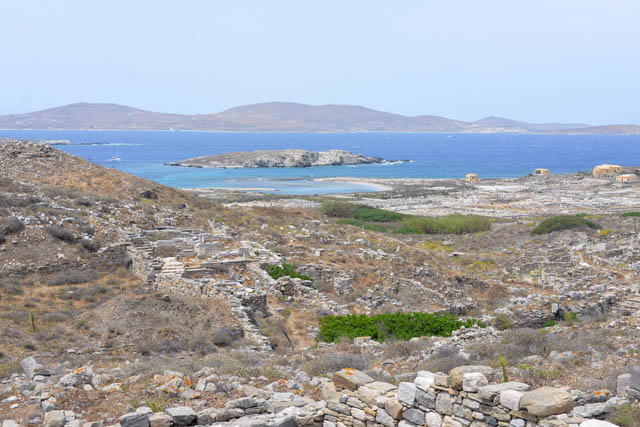 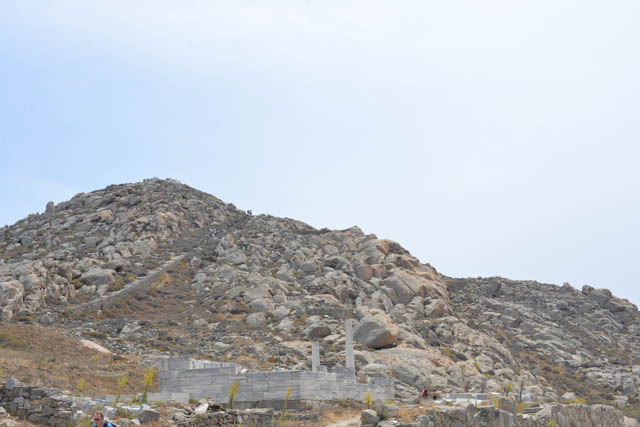 ^we didn’t quite get all the way up that hill before we had to rush back to make our ferry. 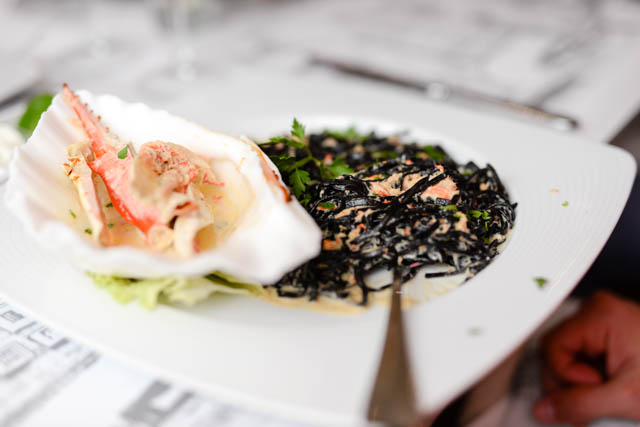 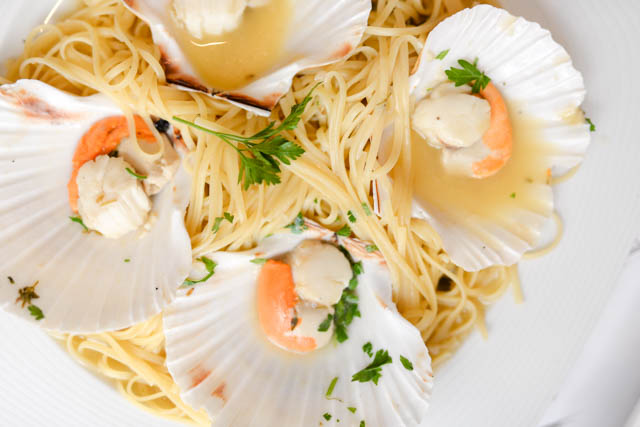 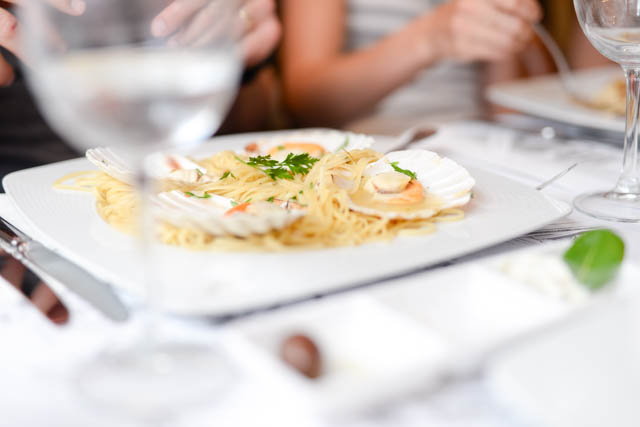 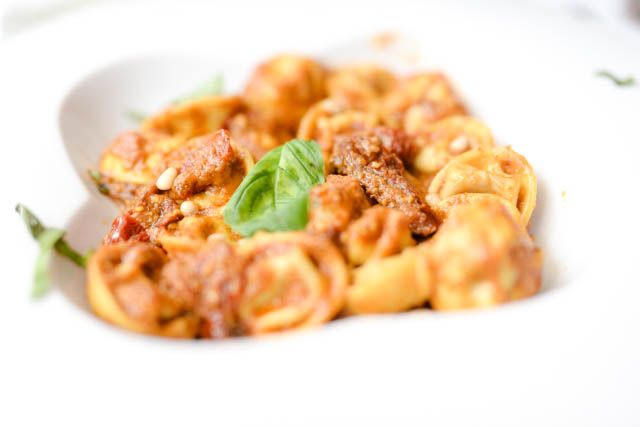 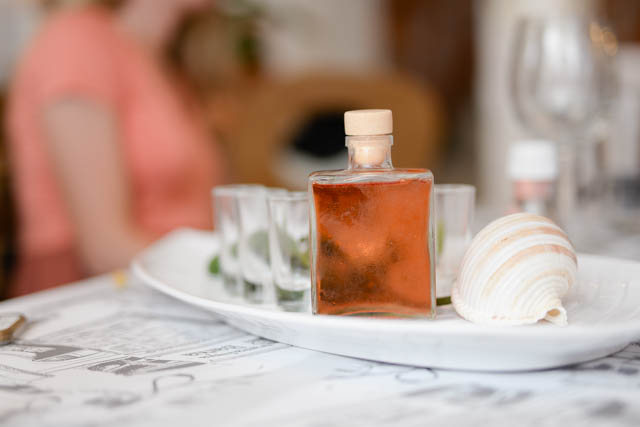 ^the complimentary dessert liqueur we had to turn down 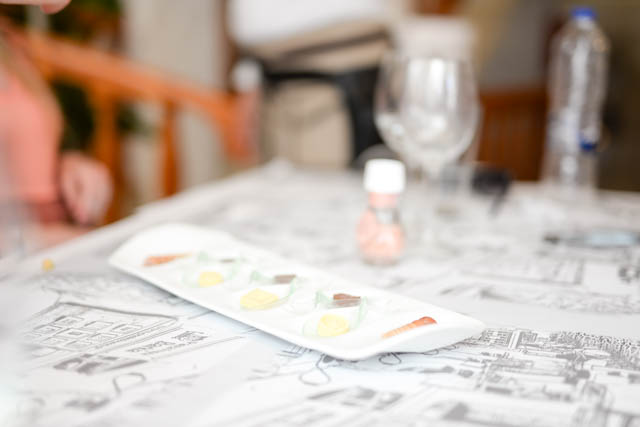 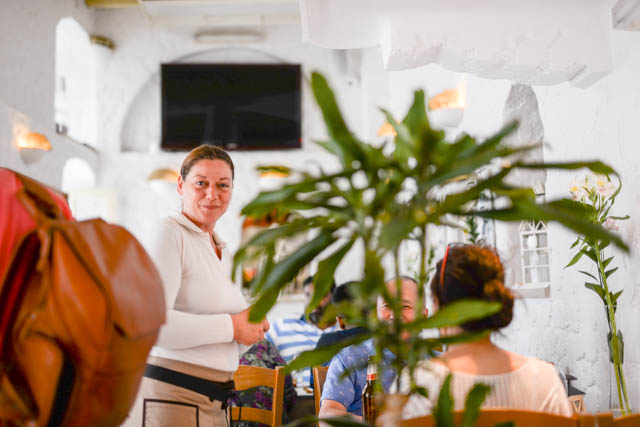