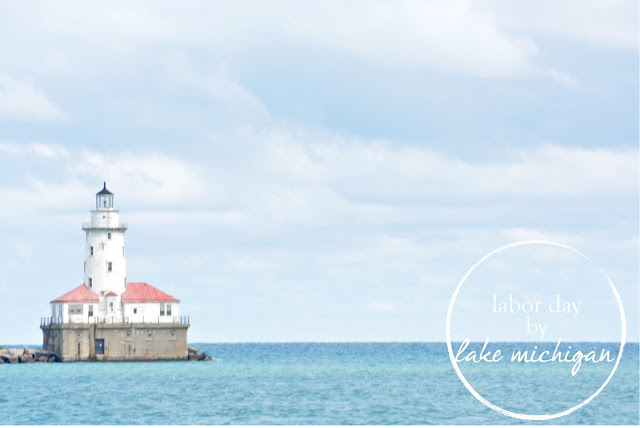 Ben and I spent this weekend just outside Chicago and while most of it was spent cooped up in a hotel (me training and him studying), we did venture into the city after everything wrapped up on Monday. I visited Navy Pier in November but this was my first time in the summer and Ben’s first Chicago experience. Yes, its a little touristy, but on a 75 degree day with blue skies and billowing clouds, you can’t pass up a beautiful windy view of the water.
We spent a few hours just wandering the pier, eating very expensive ice-cream (its practially robbery, I’m telling you), and dancing as the 90s band played cover after cover. Next time we’re in Chicago we’ll be a little less touristy, unless its another beautiful day, and then you can bet we’ll be right back at the waters edge. 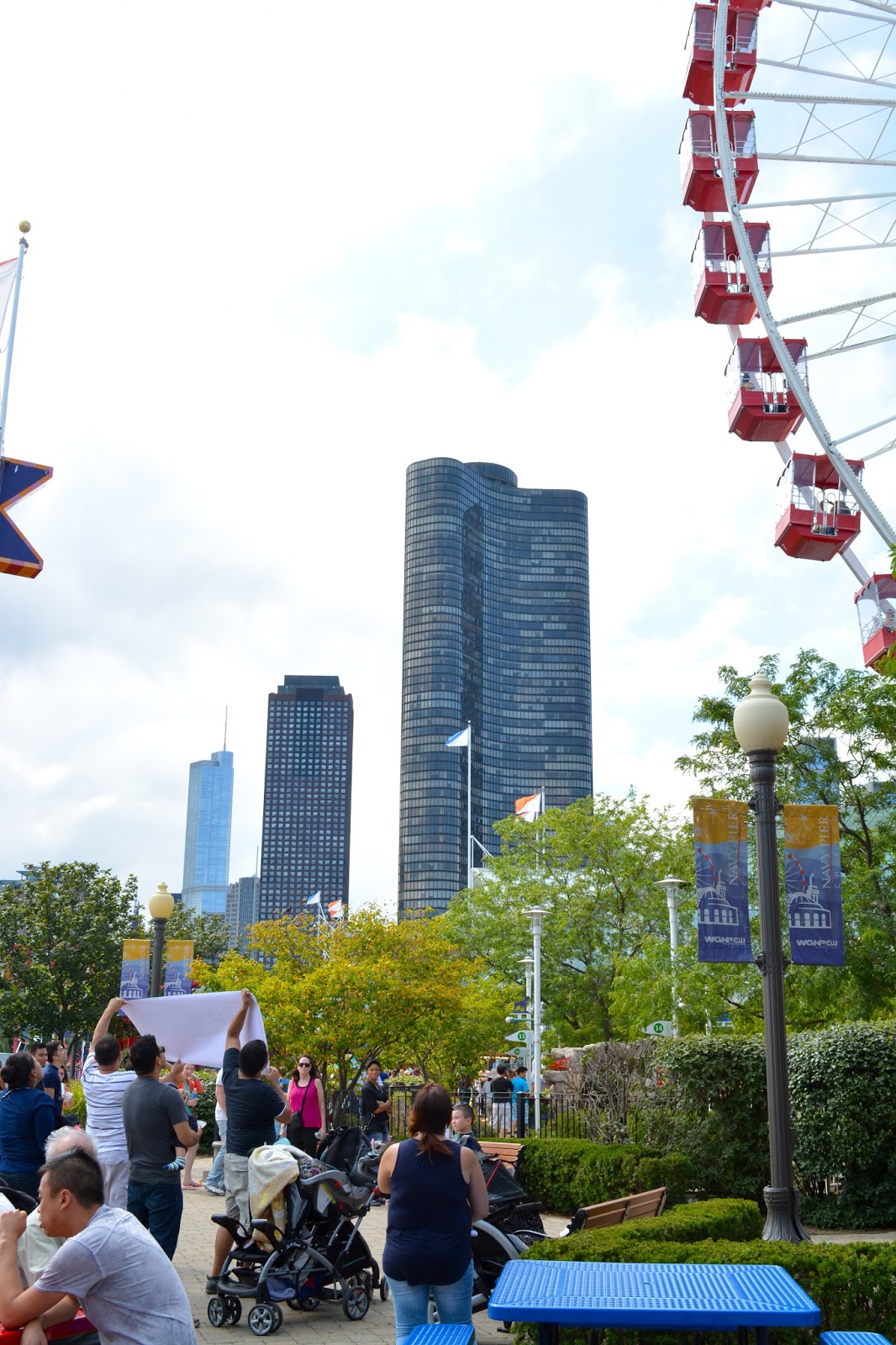 ^^These people were holding up a proposal sign for someone on the ferris wheel! 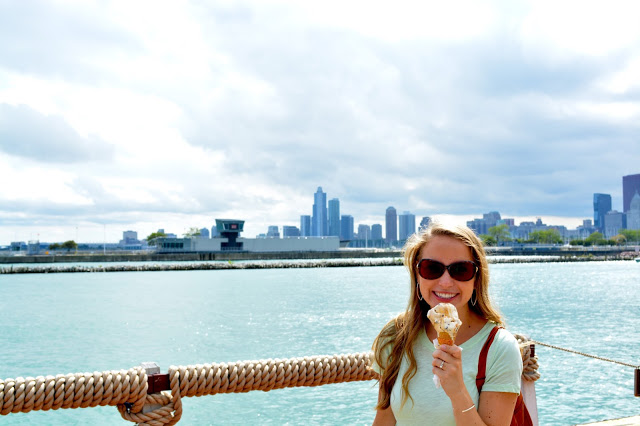 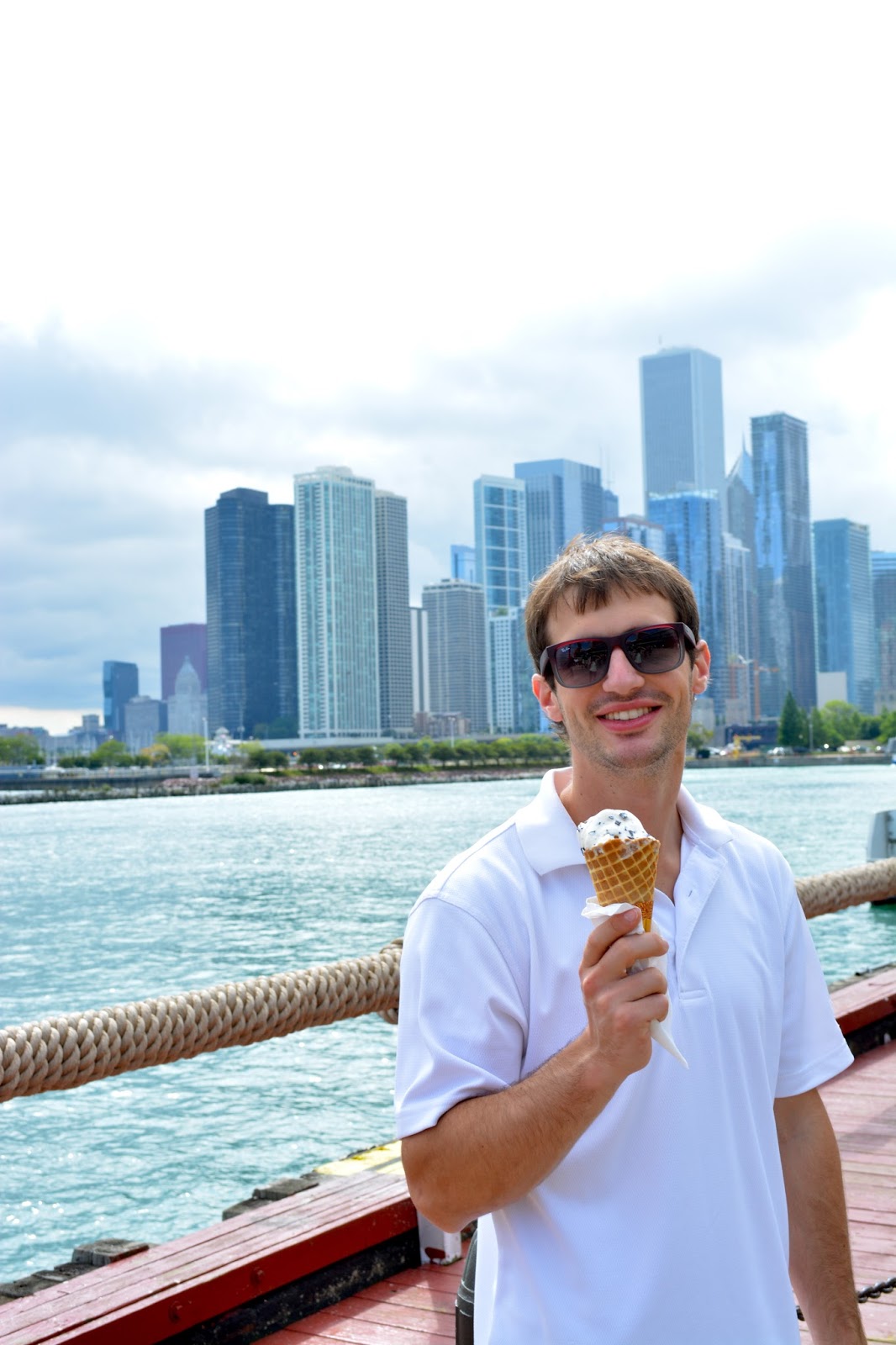 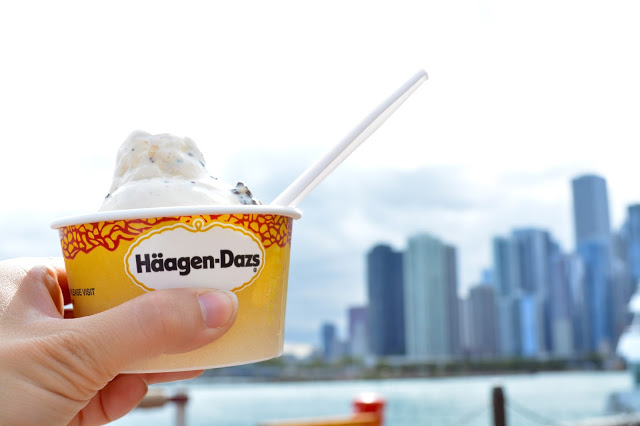 ^Whenever I get Haagen-Dazs I get something with caramel – yum 🙂 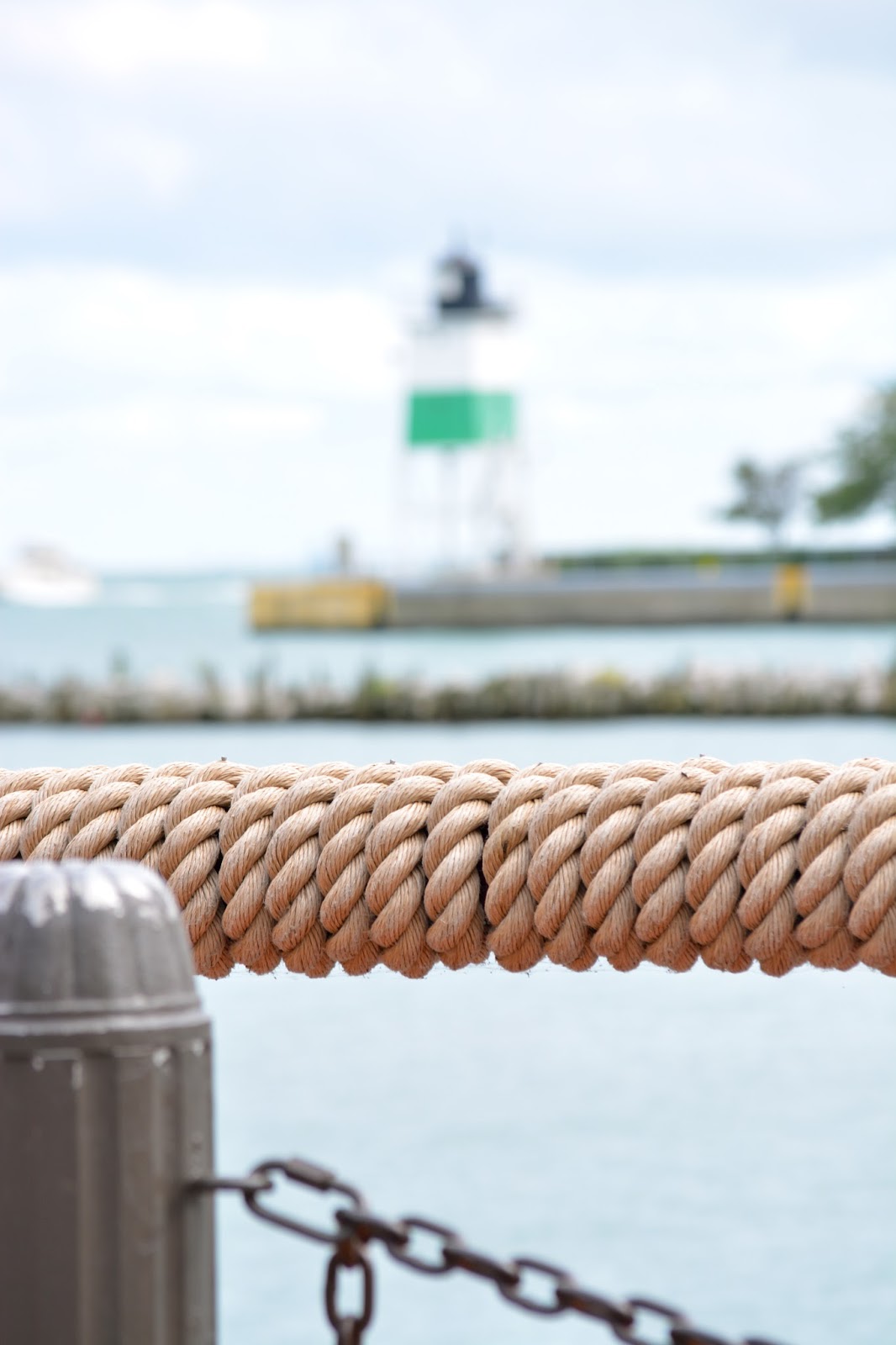 ^Its hard to guess we’re just outside a bustling city. 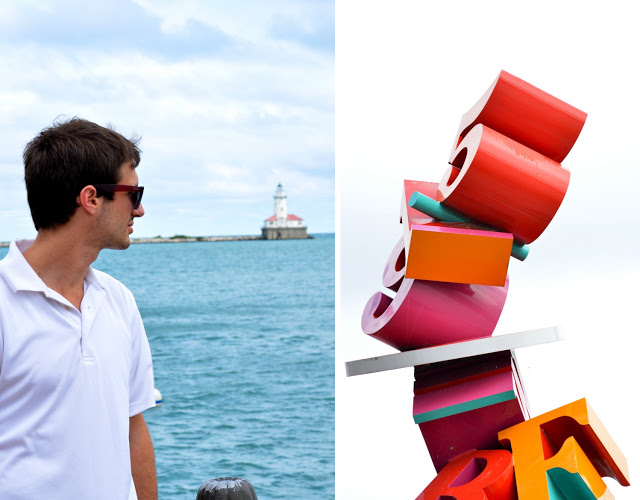 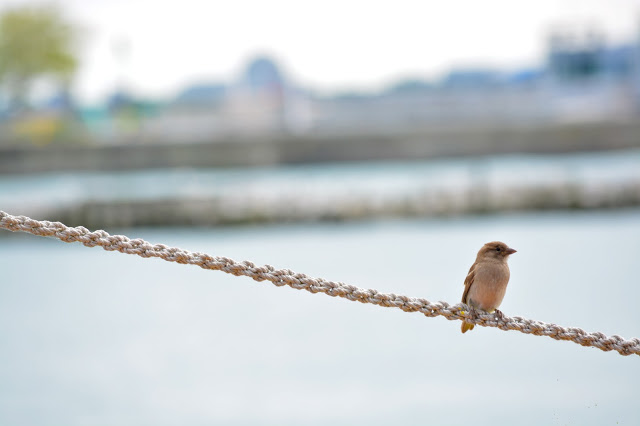 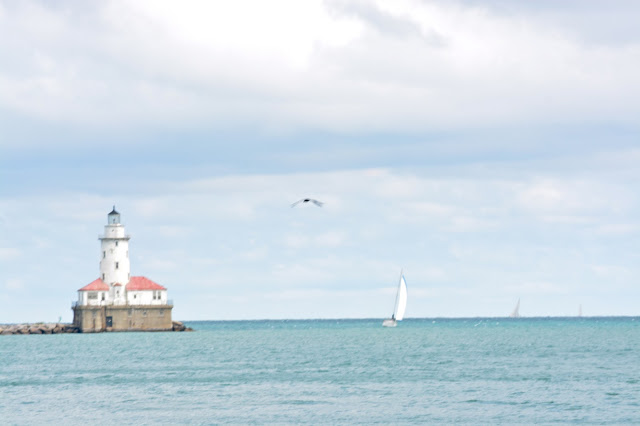 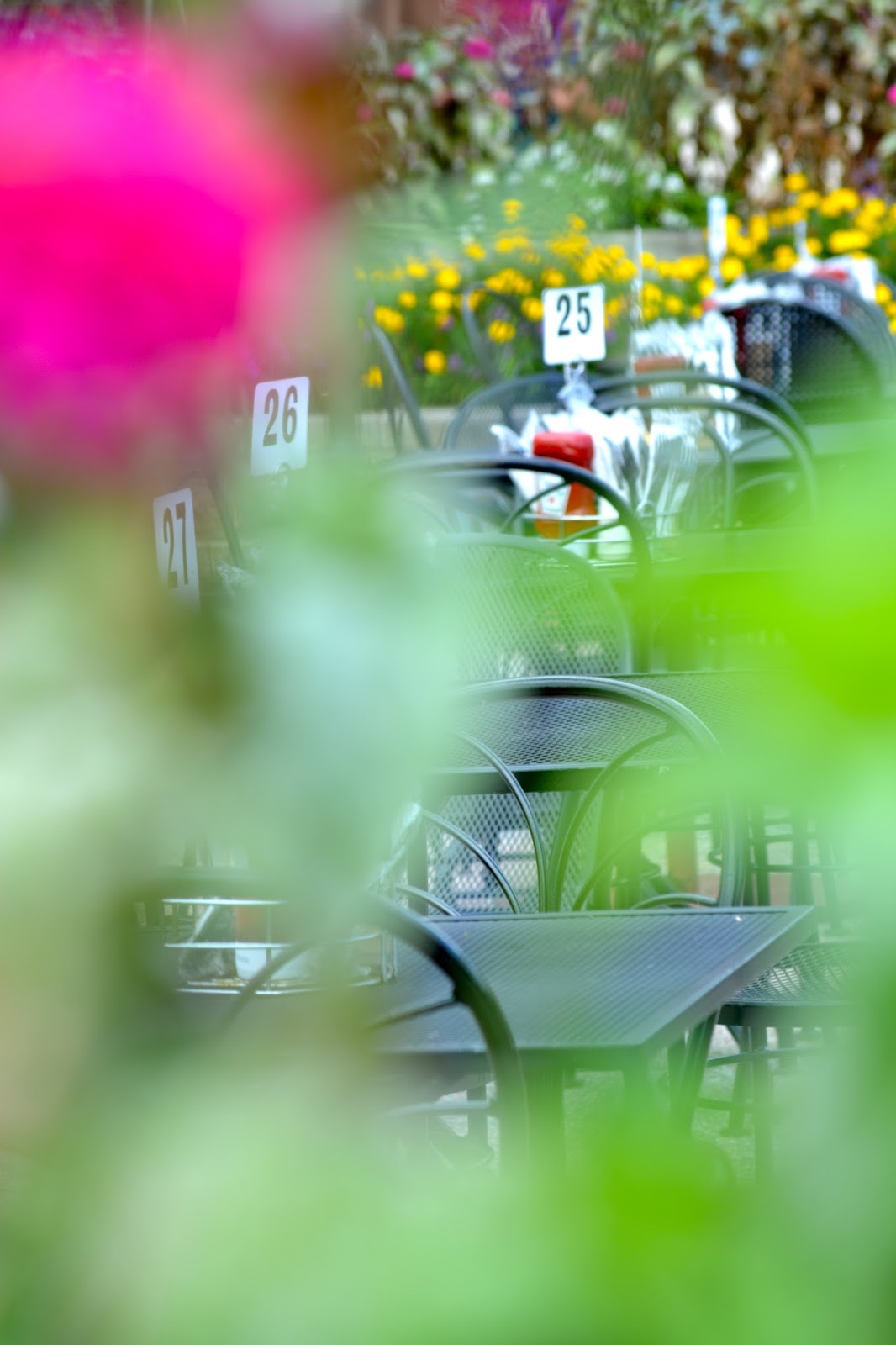 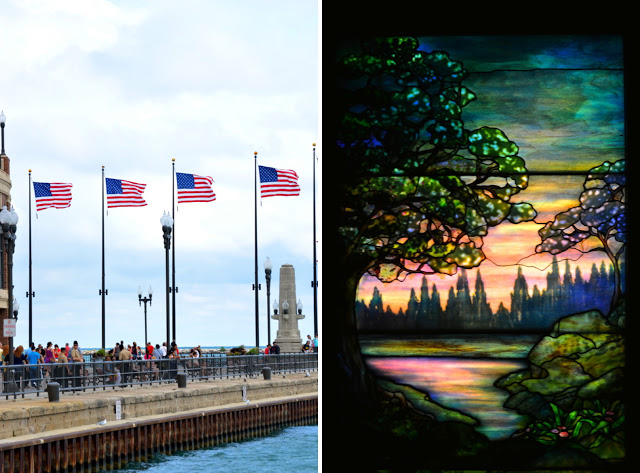 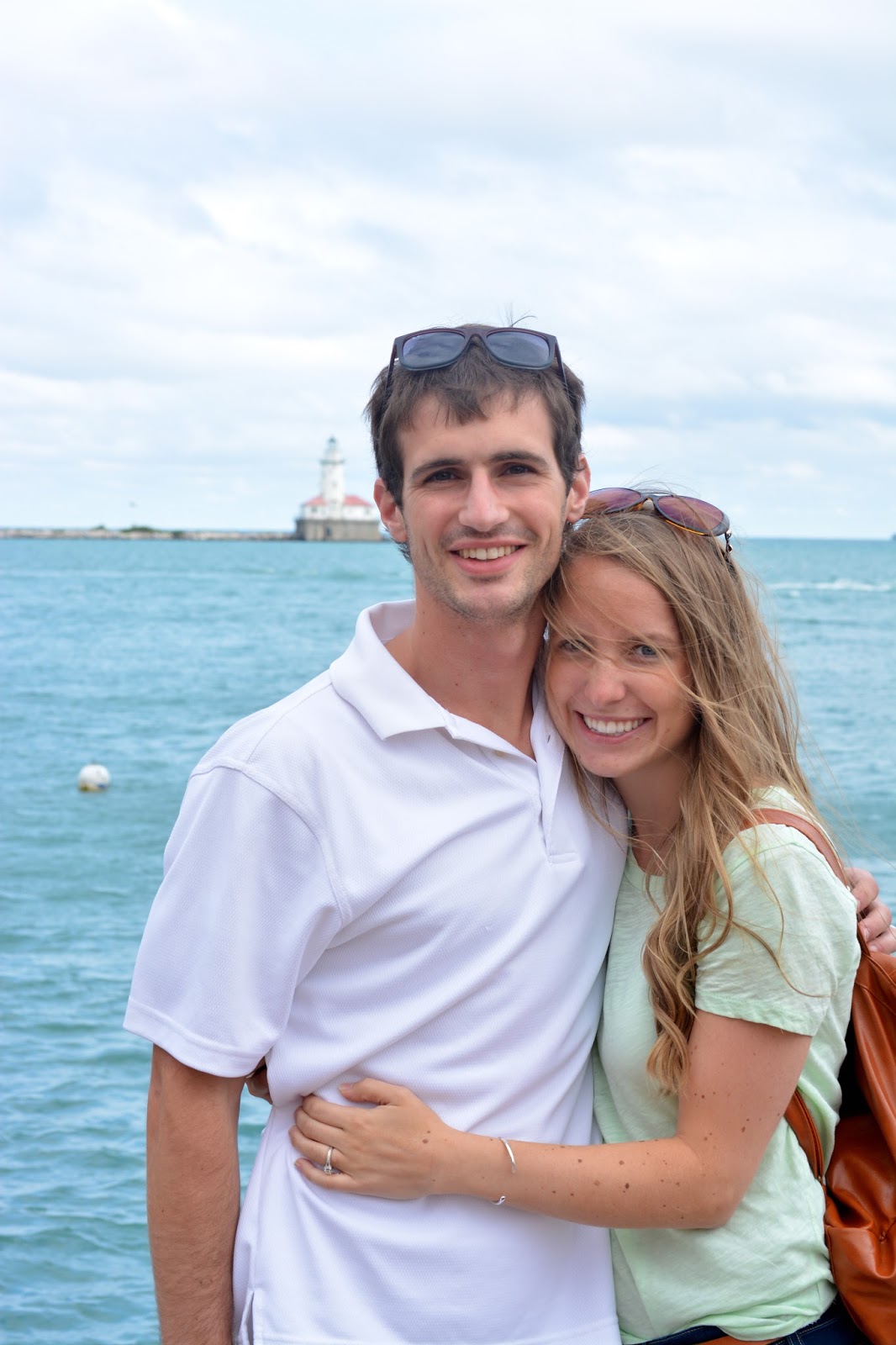 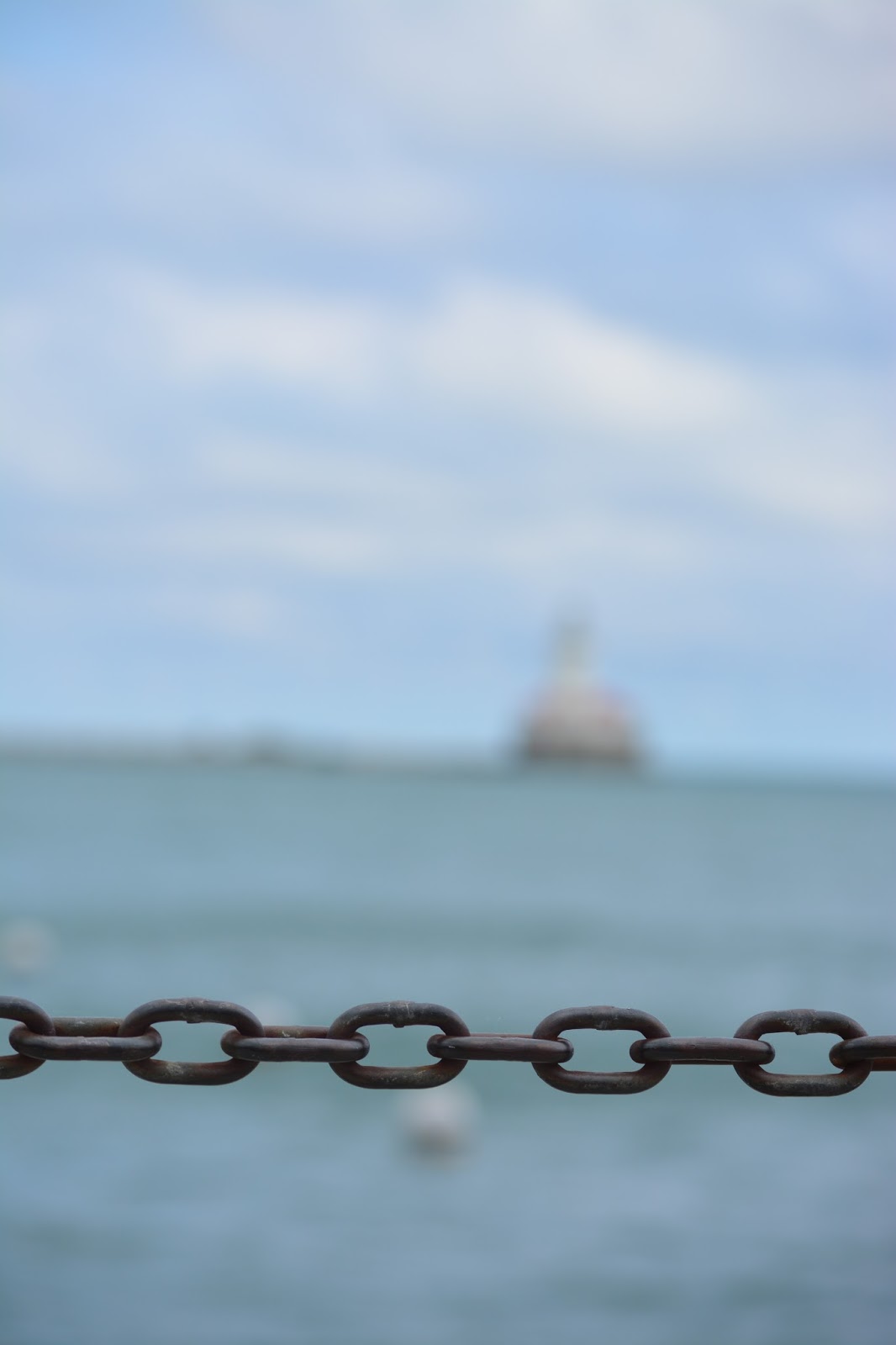 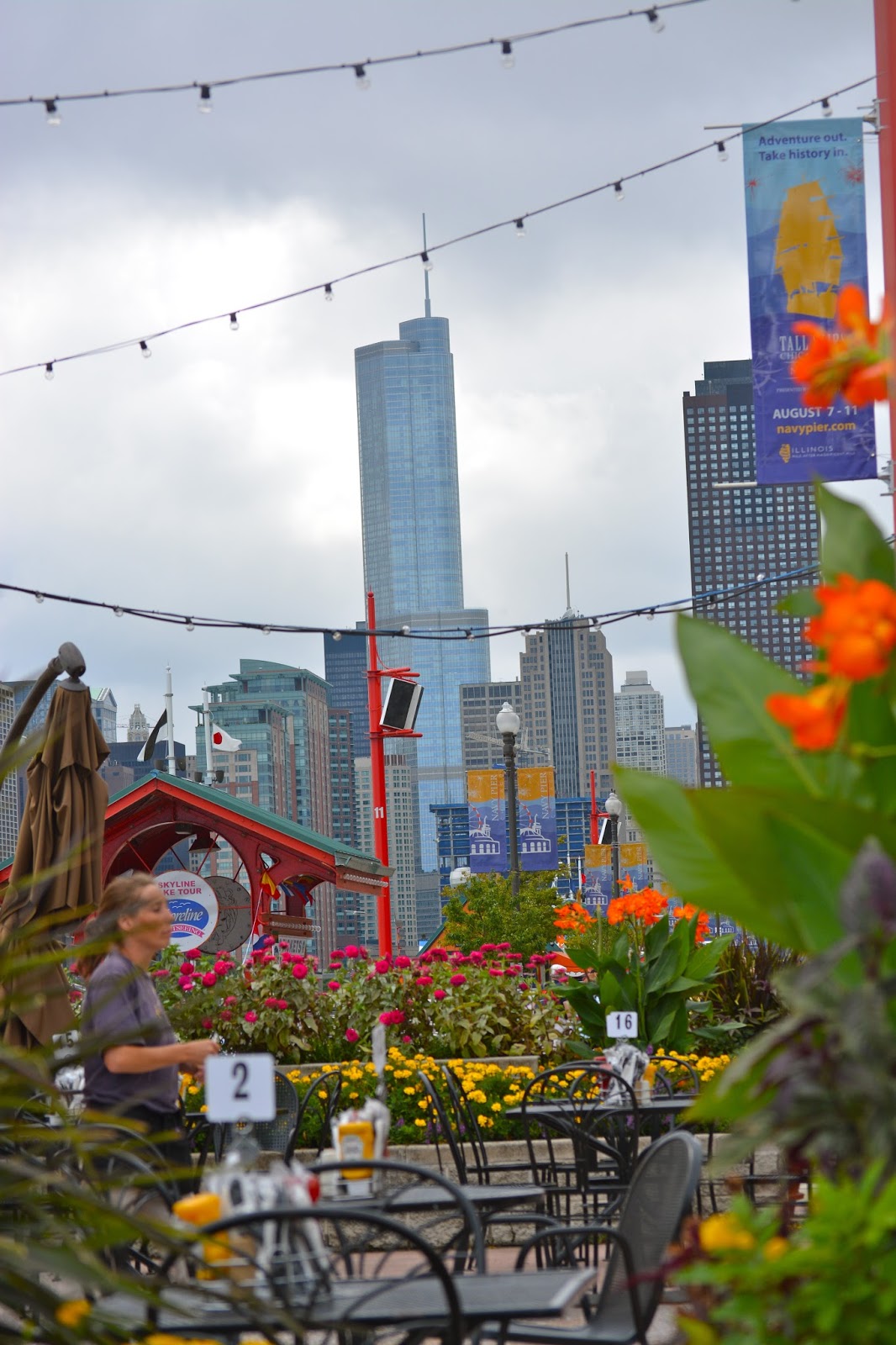 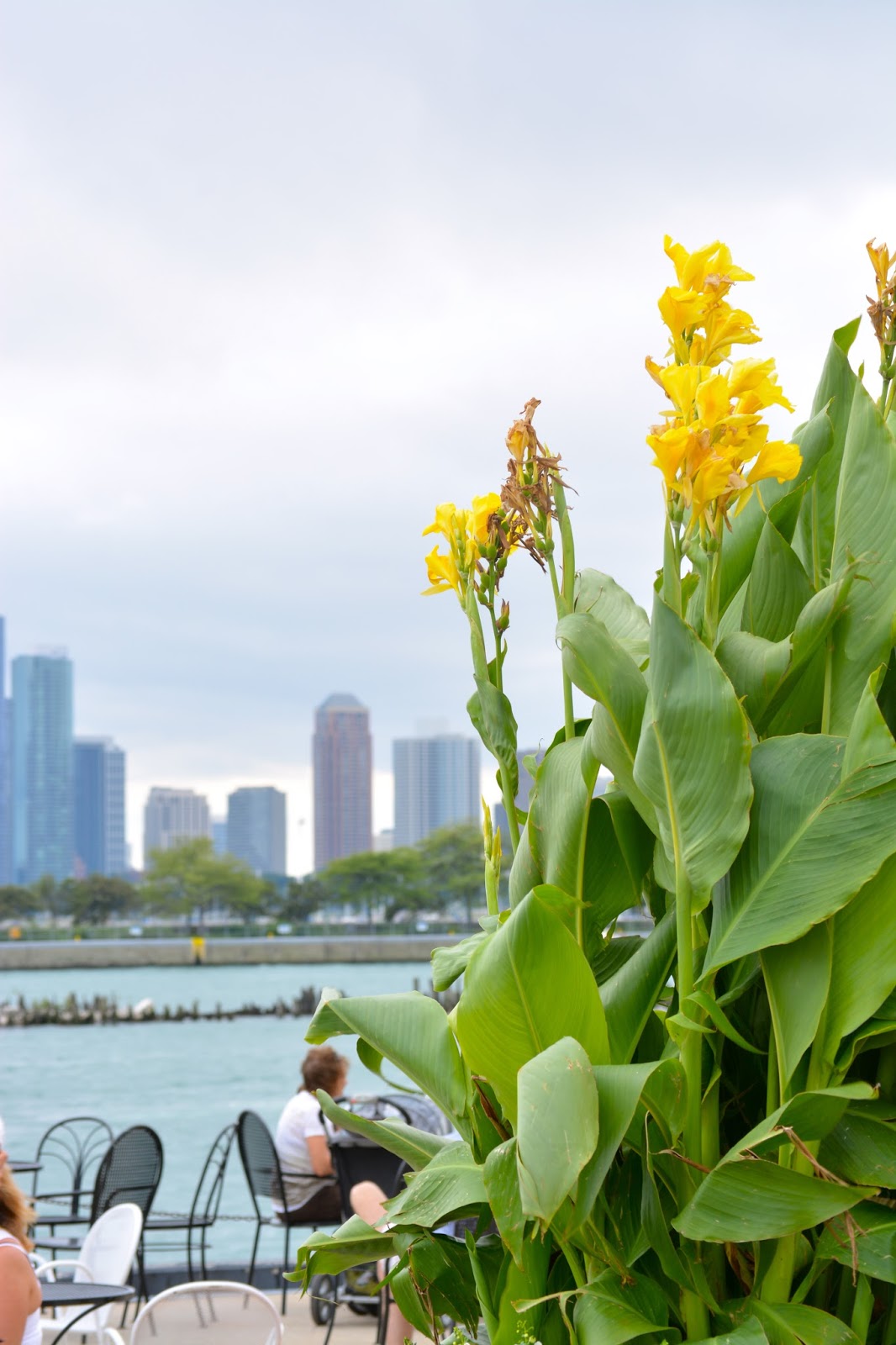 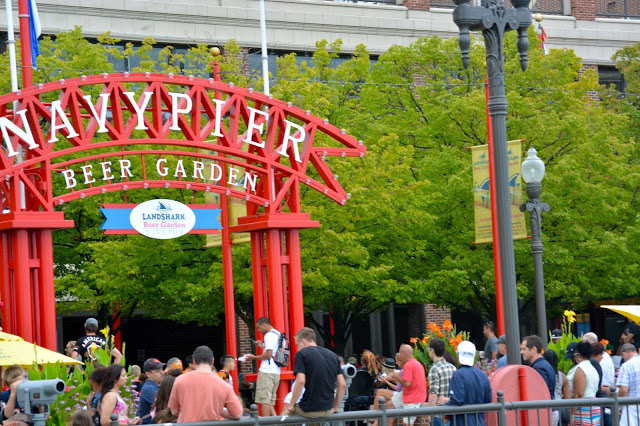 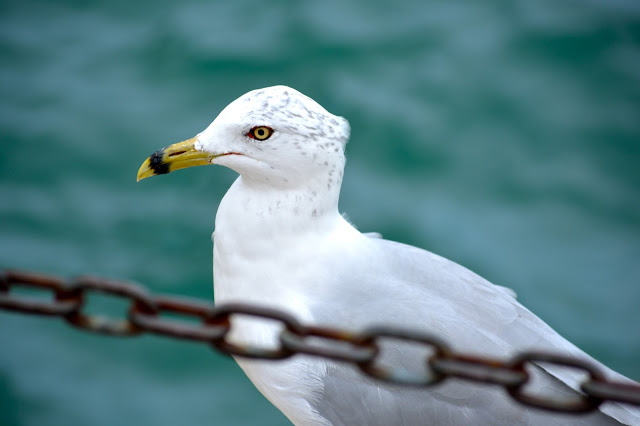 ^I have an irrational fear of birds. The beady eyes and the sharp beaks make me shudder. 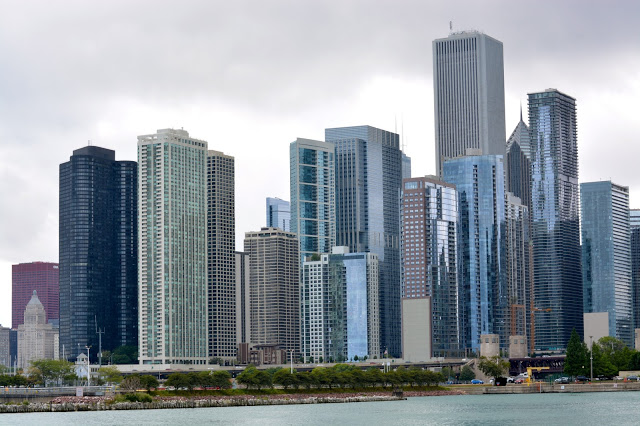 ^^Chicago does have a beautiful skyline 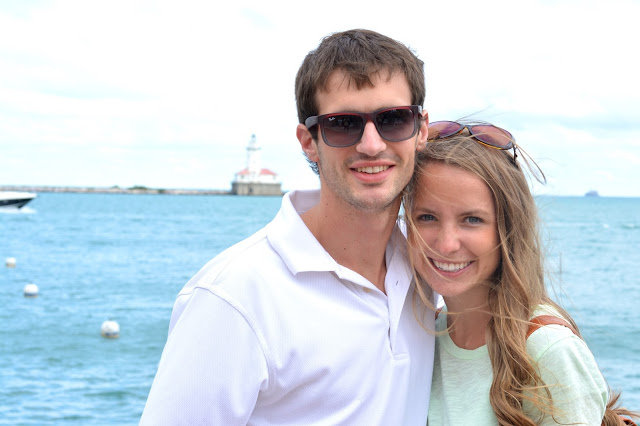 Until next time, Chicago!