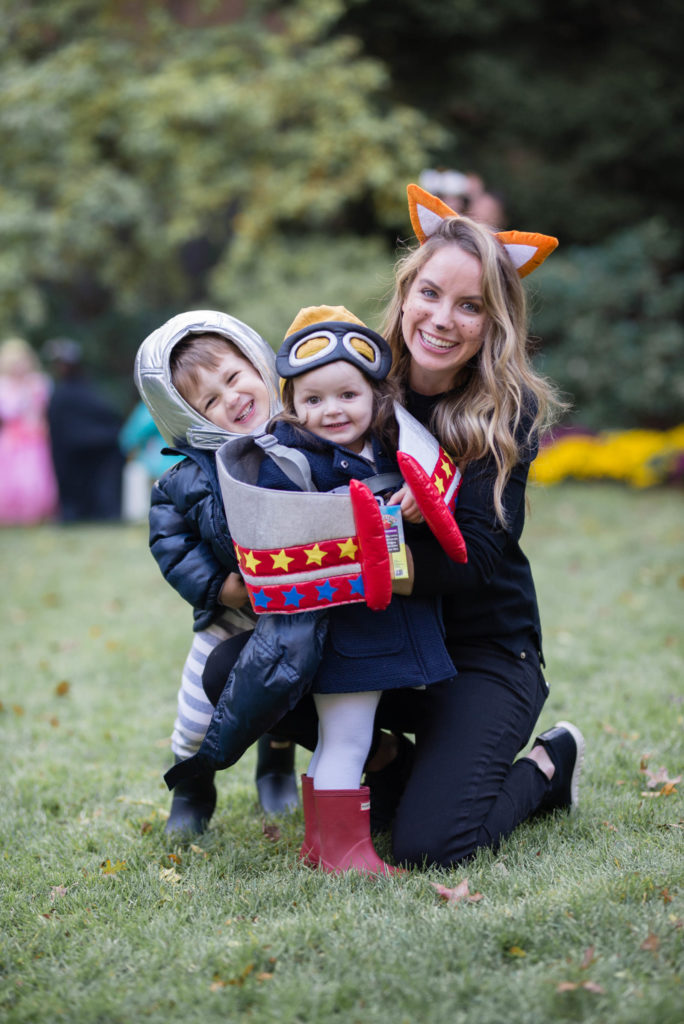 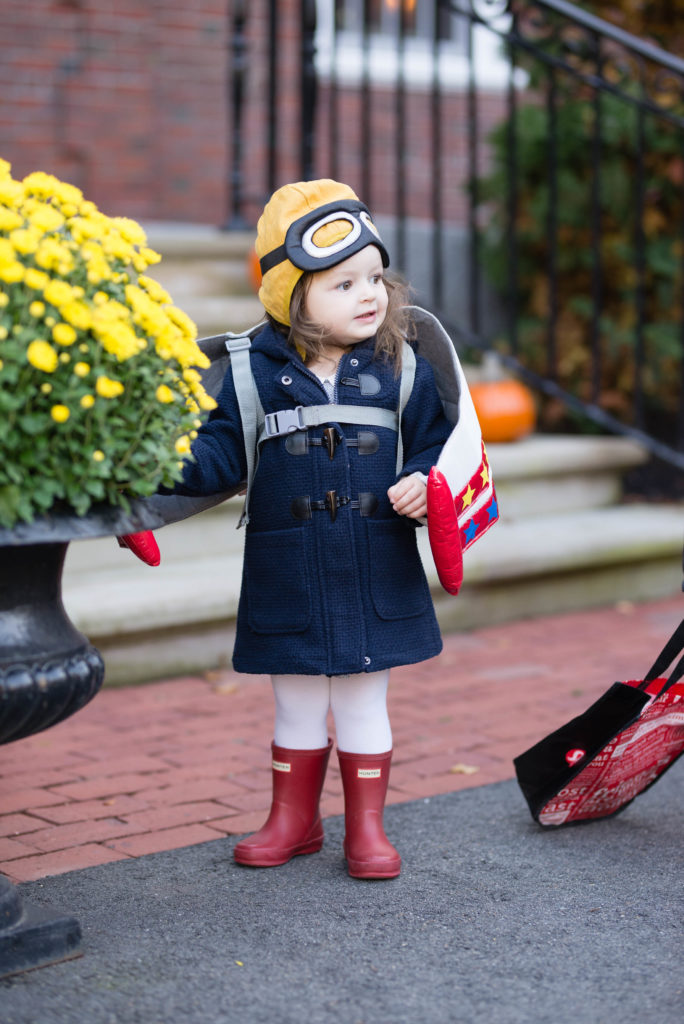 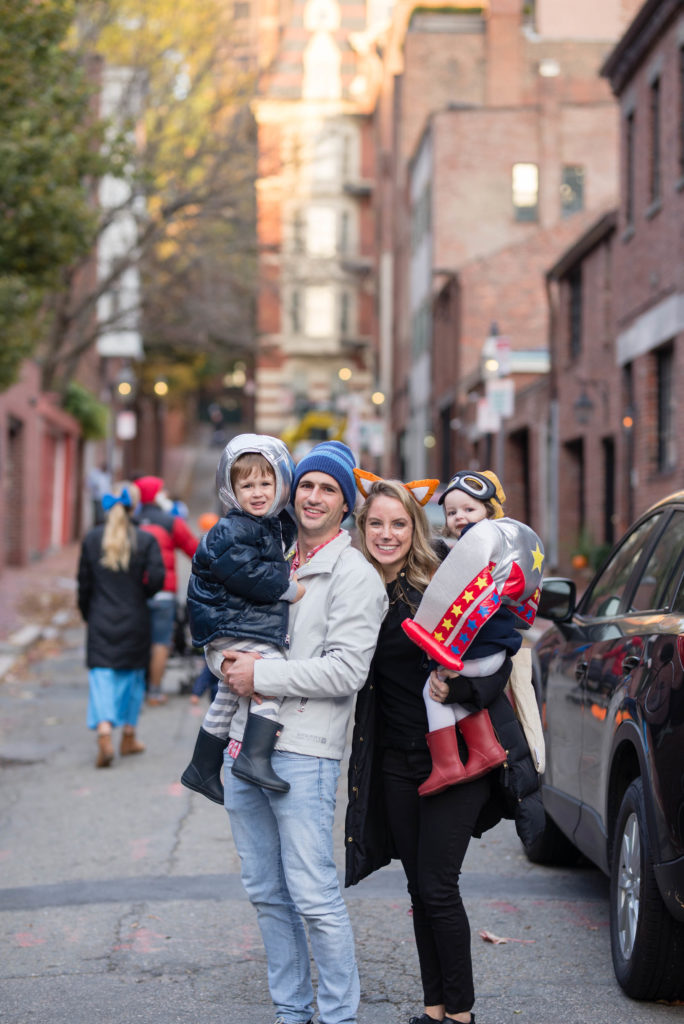 Halloween was magical this year. Last year it was fun. It’s always fun to see your darling children dressed up in costumes and eat more treats than you really want to.

We started our afternoon at the annual children’s halloween party at the dean’s house. All the families on campus are invited and they have a delicious spread of snacks and treats. There were probably games or something but we (Adelaide) just enjoyed countless juice boxes while we (adults) talked to friends and appreciated everyone’s costumes.

We did a little trick-or-treating on campus on our way back (children in costume on halloween on a business school campus are a novelty and everyone was so excited to see them) before heading to Beacon Hill.

Lots of places think they do halloween right but there is nothing quite like Beacon Hill. These charming 10 million dollar brownstones decorate with the most incredible haunting decorations. You wander up and down the most quintessential brick + cobblestone streets, taking candy from the kindest people, almost always with wine in stemware.

Lincoln was in awe. I loved hearing him retell so many  anecdotes today (Thursday) about trick-or-treating. He talks about the time he tried to take a piece of candy and the hand almost got him (a mechanical fake hand that closes on trick or treaters as they try to grab candy). And there was the big fake spider scurrying up and down the wall. He was scared when he’d seen them. But not terrified or confused like last year. This year it was more of an excited fear, a fun, festive fear. He smiled as he told those stories today, not scared anymore.

As we were walking back to Boston Common at the end of the night, Lincoln held my hand and spewed something like this “I really like trick-or-treating mom. I really like it. That was so fun. Can we do it again another time?”

Adelaide was our candy fein. She grabbed candy by the fistful. She insisted on carrying her own bag, even as it got very heavy. At one point she even tried to dump an entire unmanned candy bowl into her bag.

She would take two candies when we’d told her just one and then, after putting them in her bag, dash back to get just one more from the nice lady handing them out. The time someone said she could take a couple she grinned up at me and grabbed two huge fistfuls of candy. “Trick-or-treat, go home, eat candy.” She knew the drill.

We came back and let the kids sort candy and eat whatever they wanted for 10 minutes before Ben went off to do cases and the kids snuggled up for Charlie Brown’s halloween movie about a great pumpkin (or something?).

Once the kids were in bed, we never actually got around to watching the scary halloween movie I’d wanted but, it’s probably better that way. I can’t really handle scary movies.

P.S. Everyone thought Adelaide was Amelia Earhart because no one really knows the book character “Rosie Revere.” Lincoln proudly told everyone he was an astronaut and I was just glad that I didn’t even have to change him out of pajamas before putting him to bed last night (and he might have worn the striped shirt with jeans through today, too….) 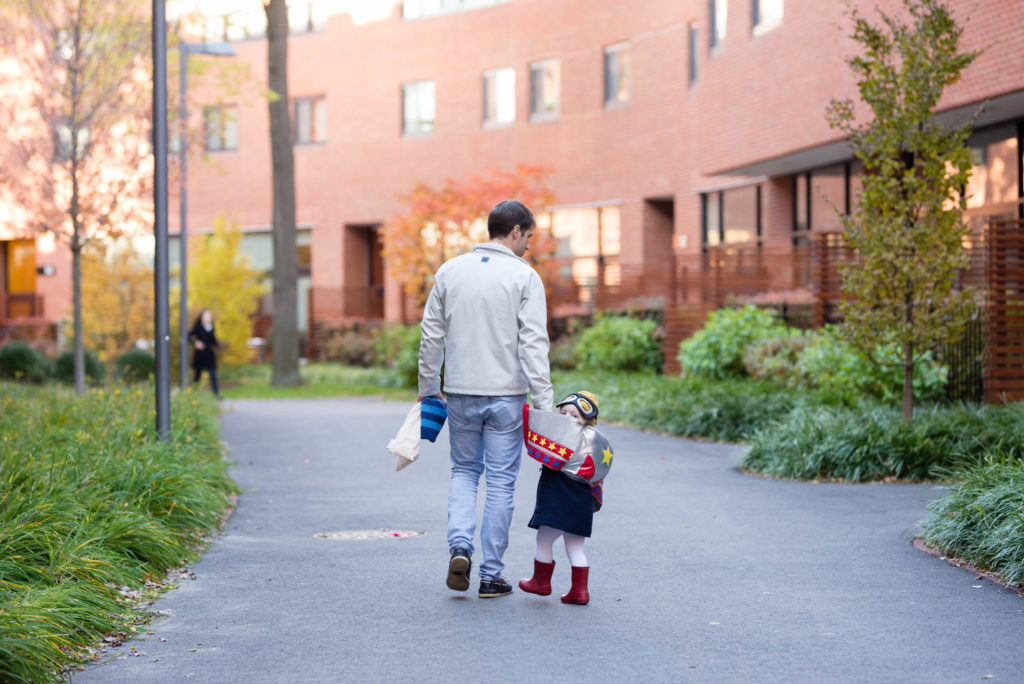 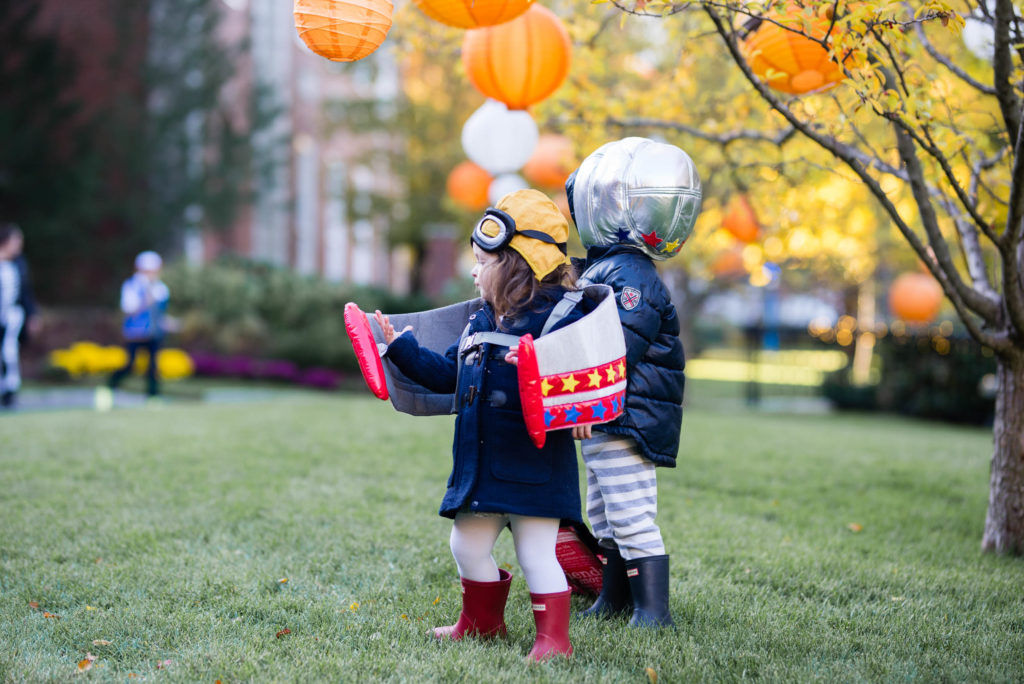 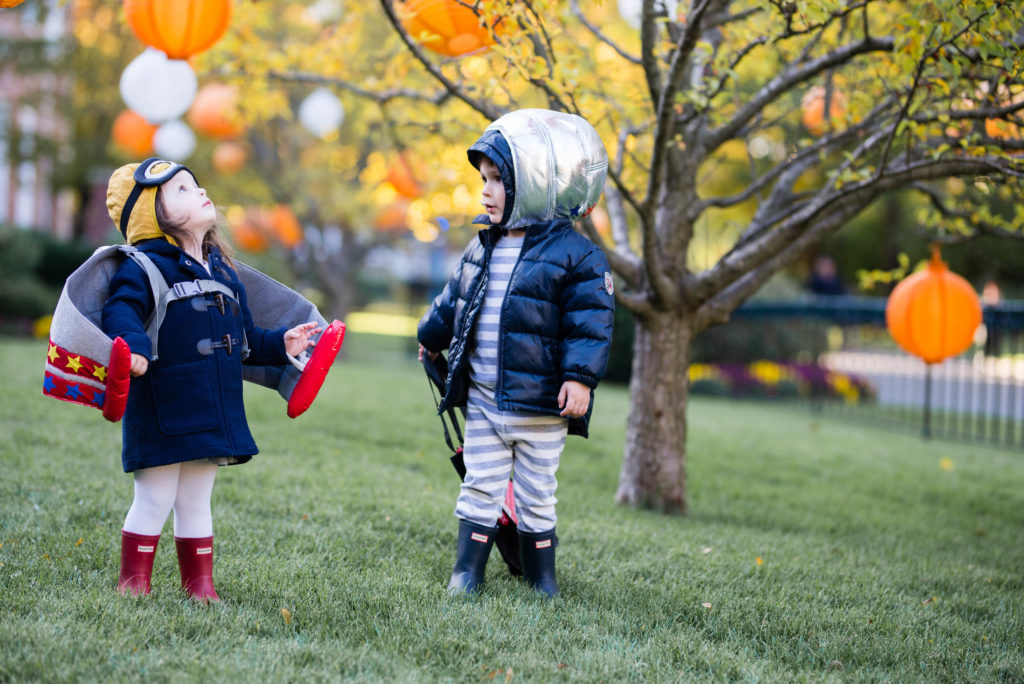 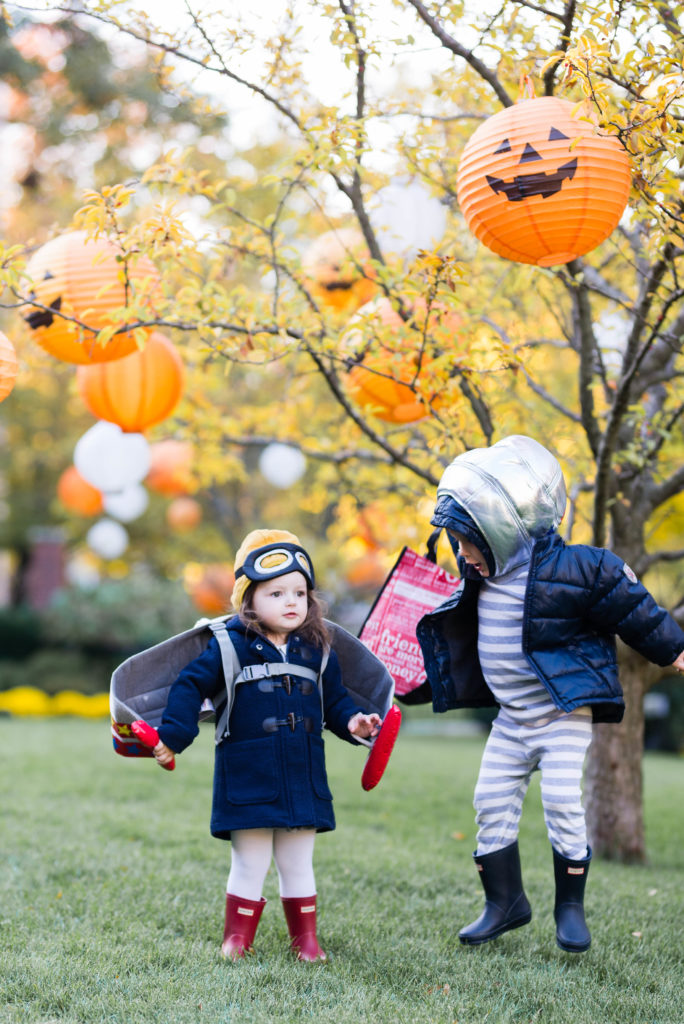 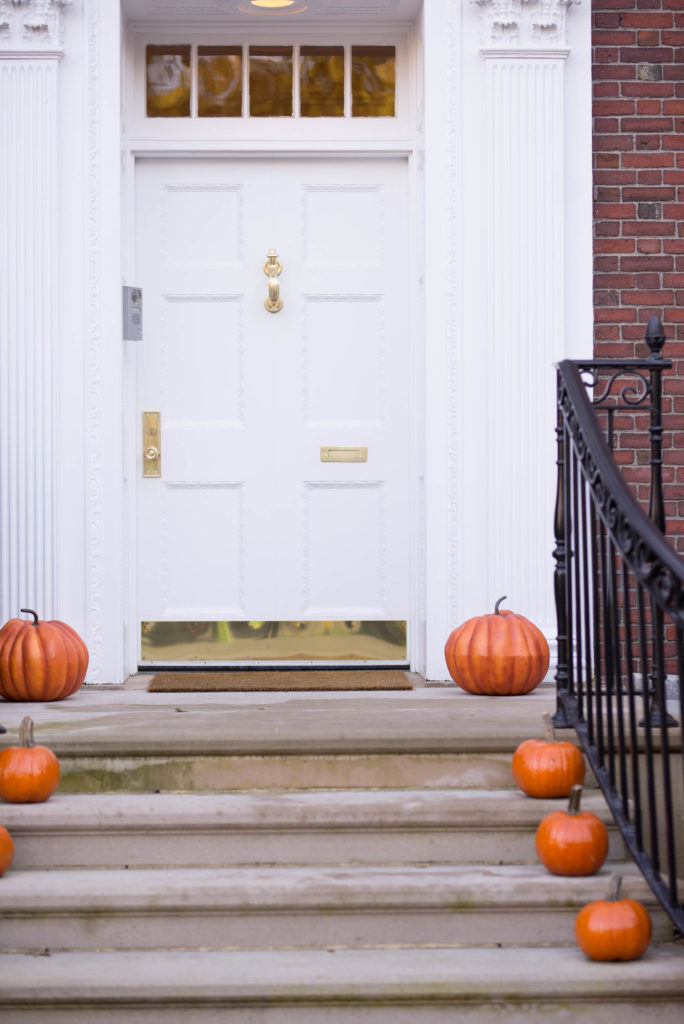 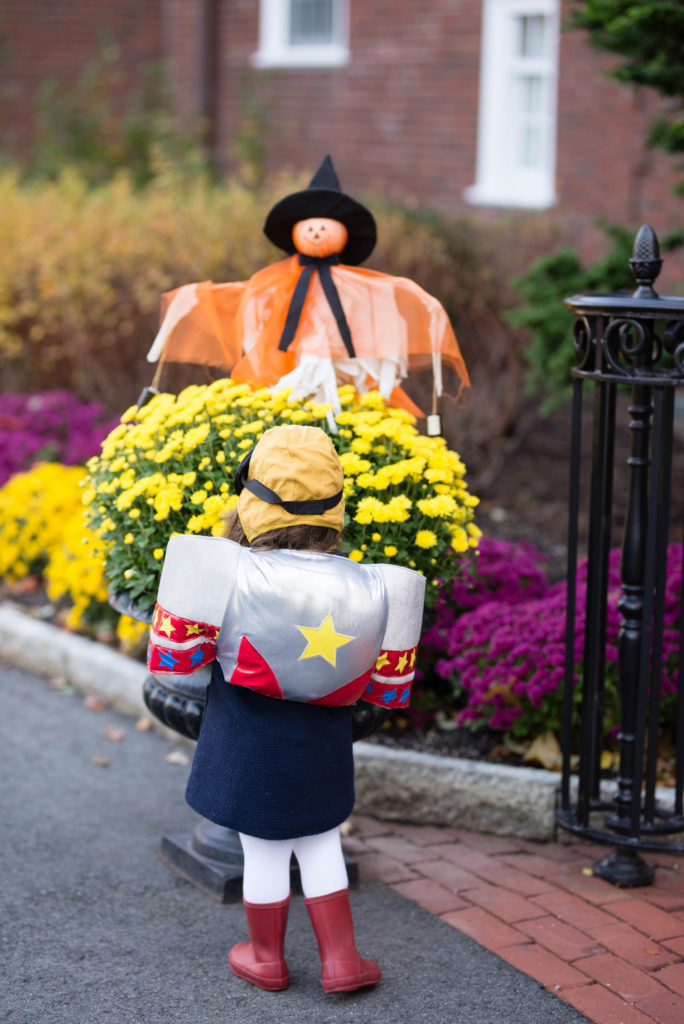 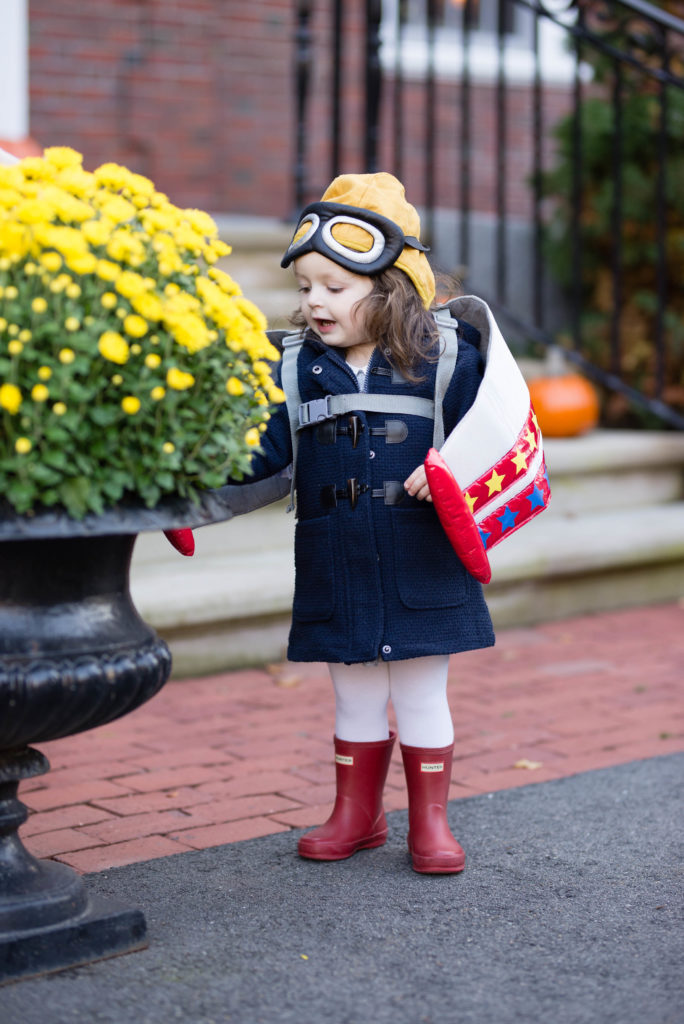 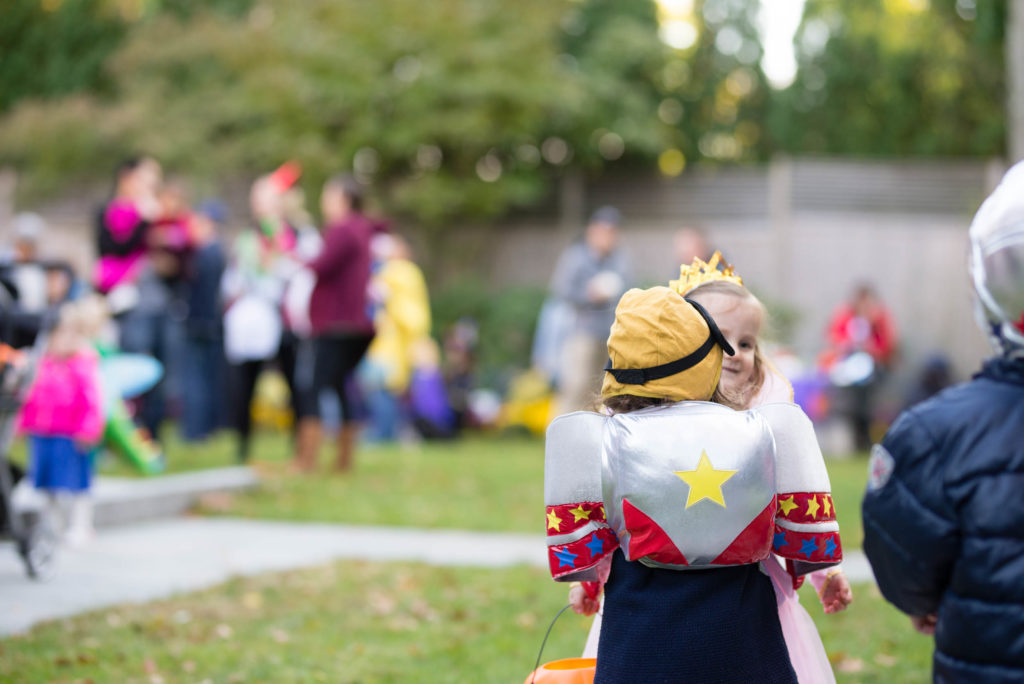 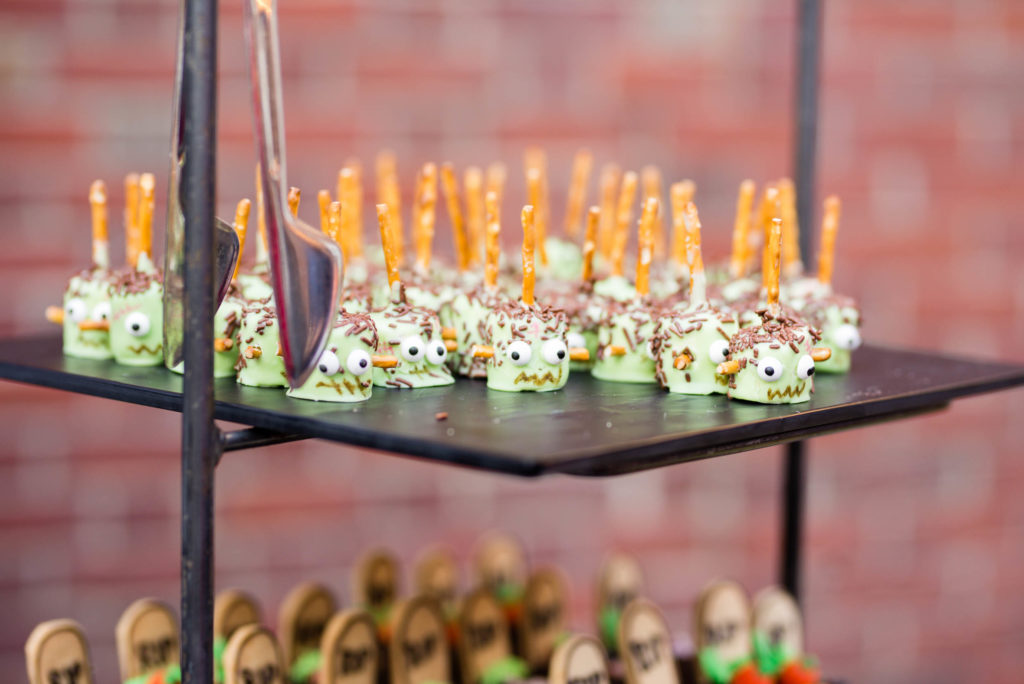 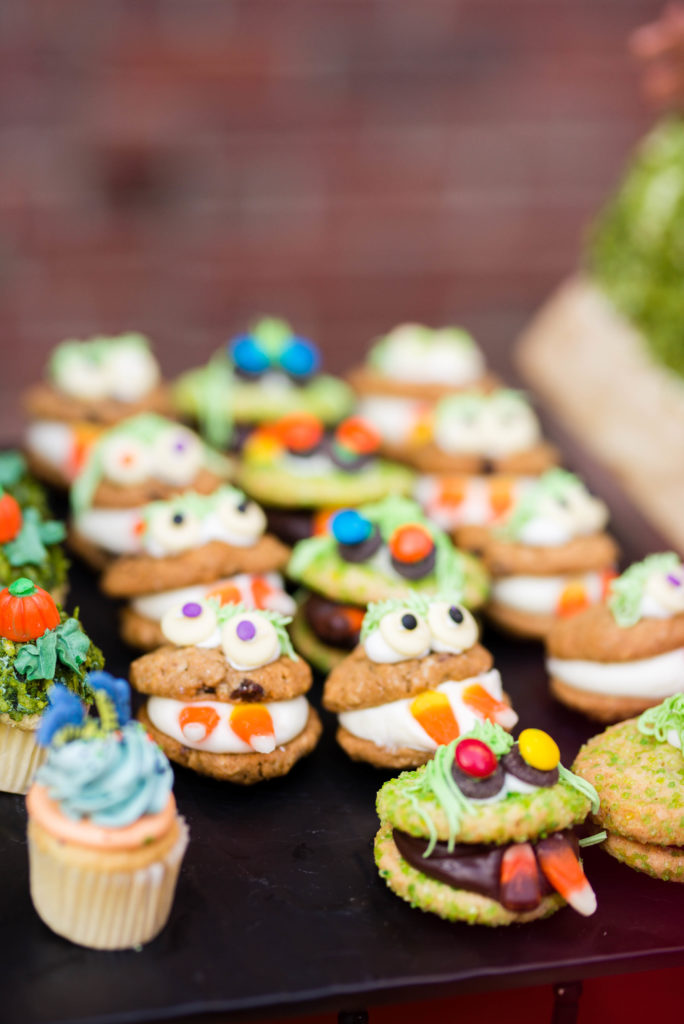 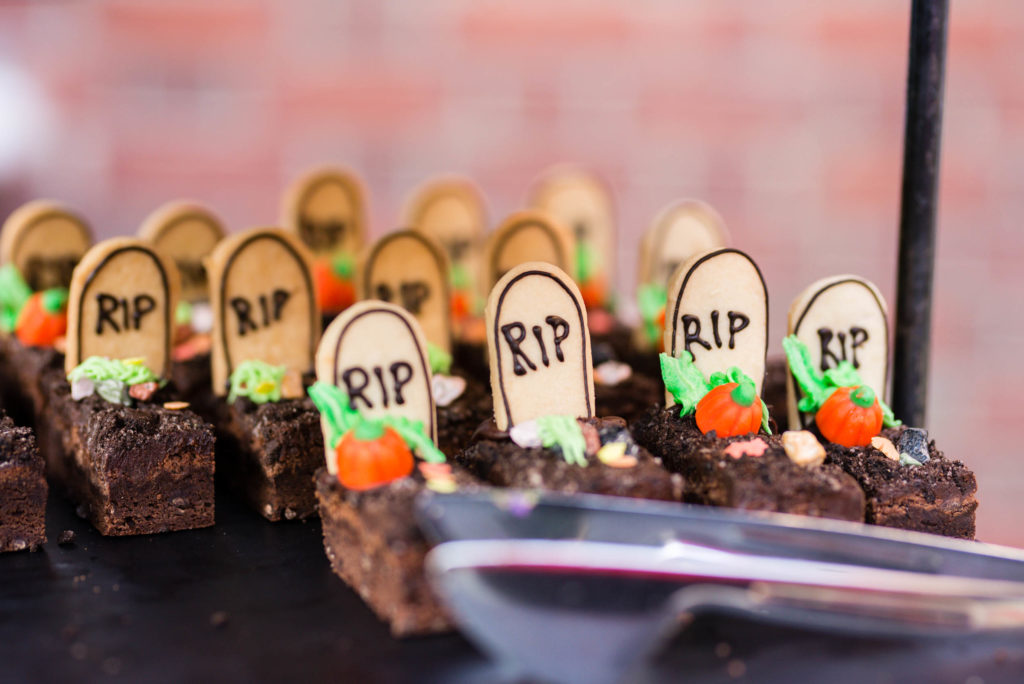 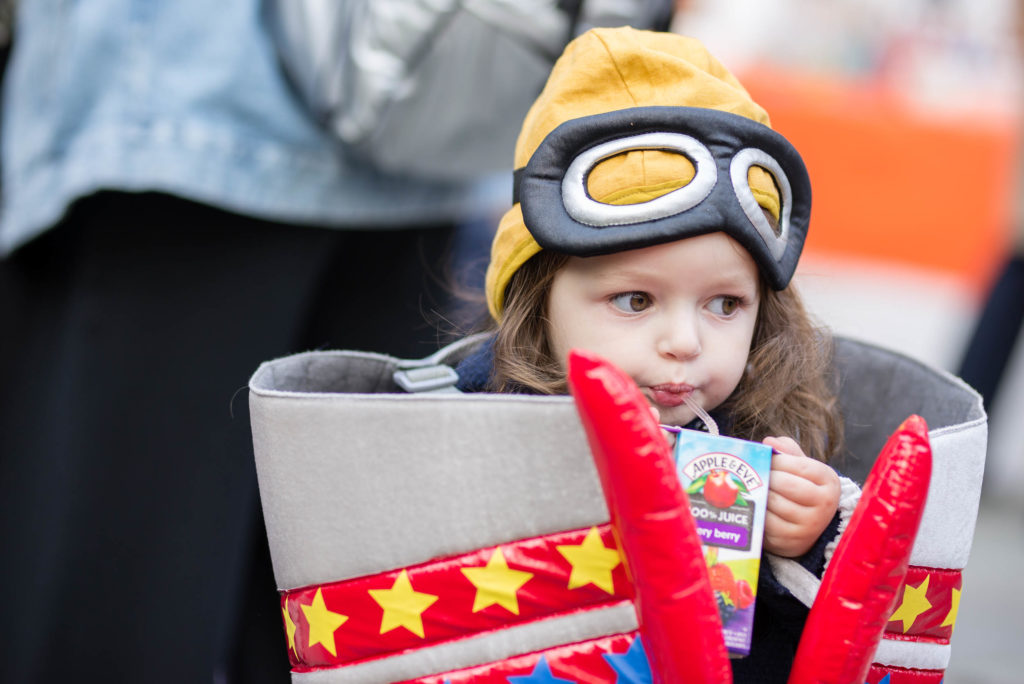 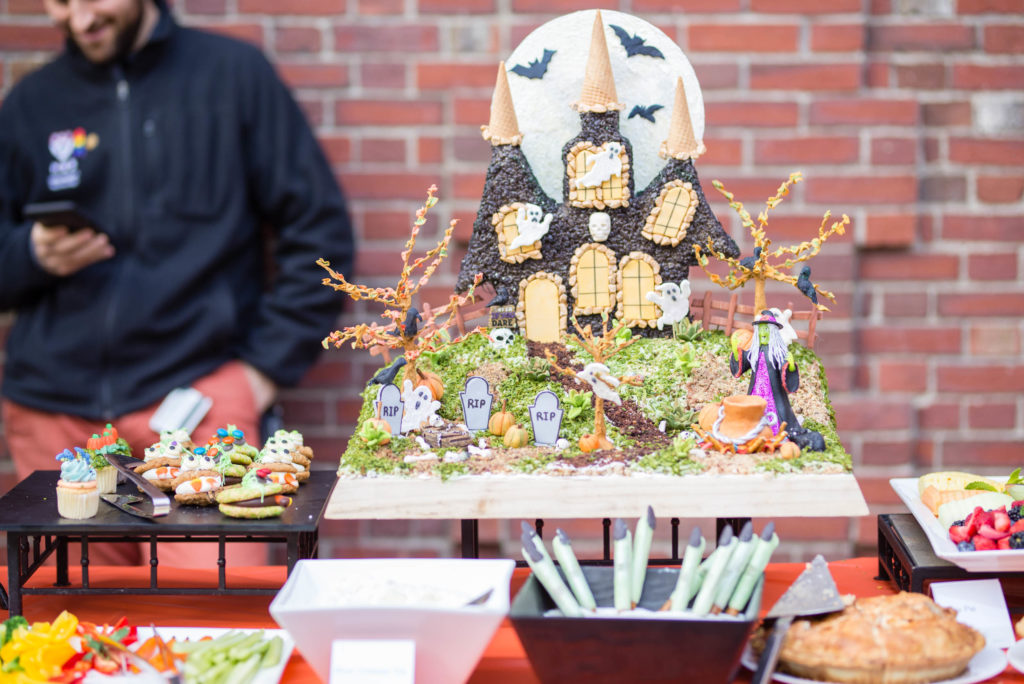 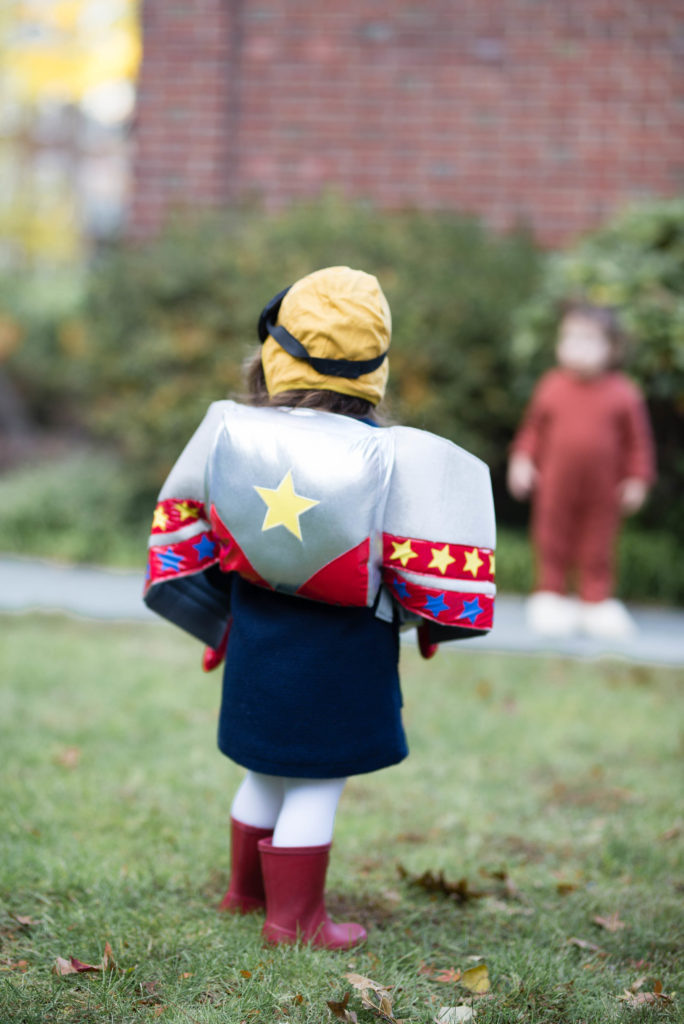 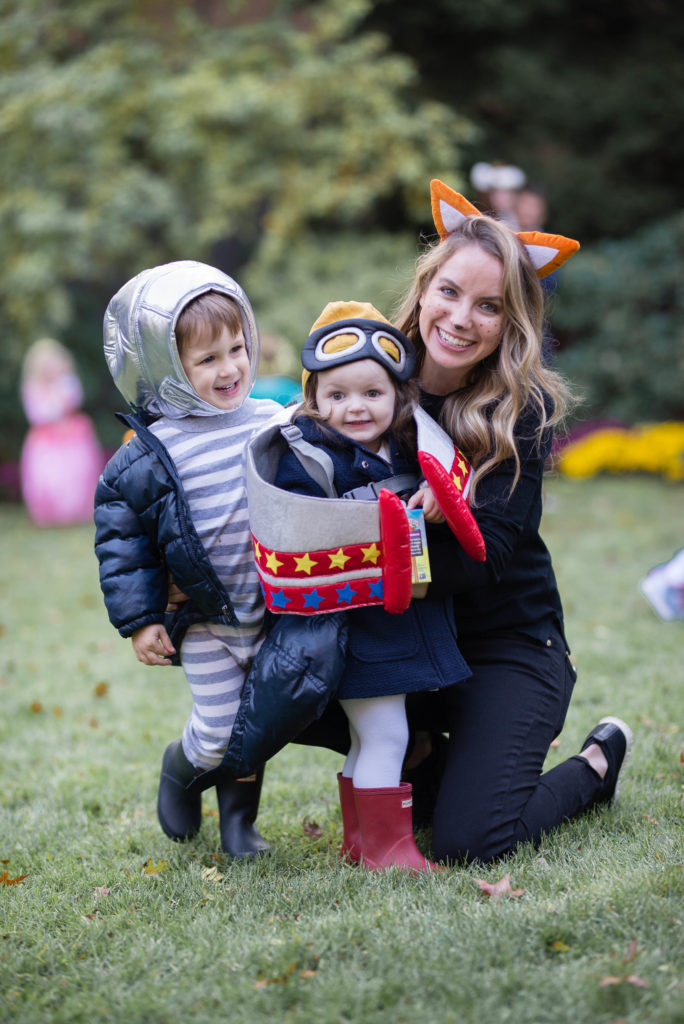 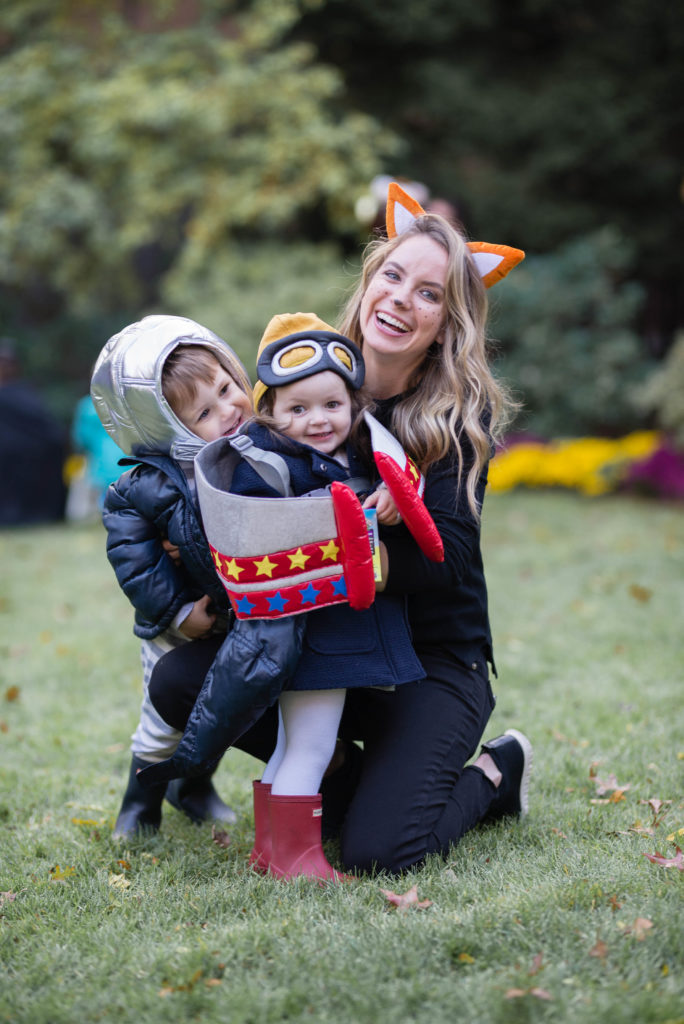 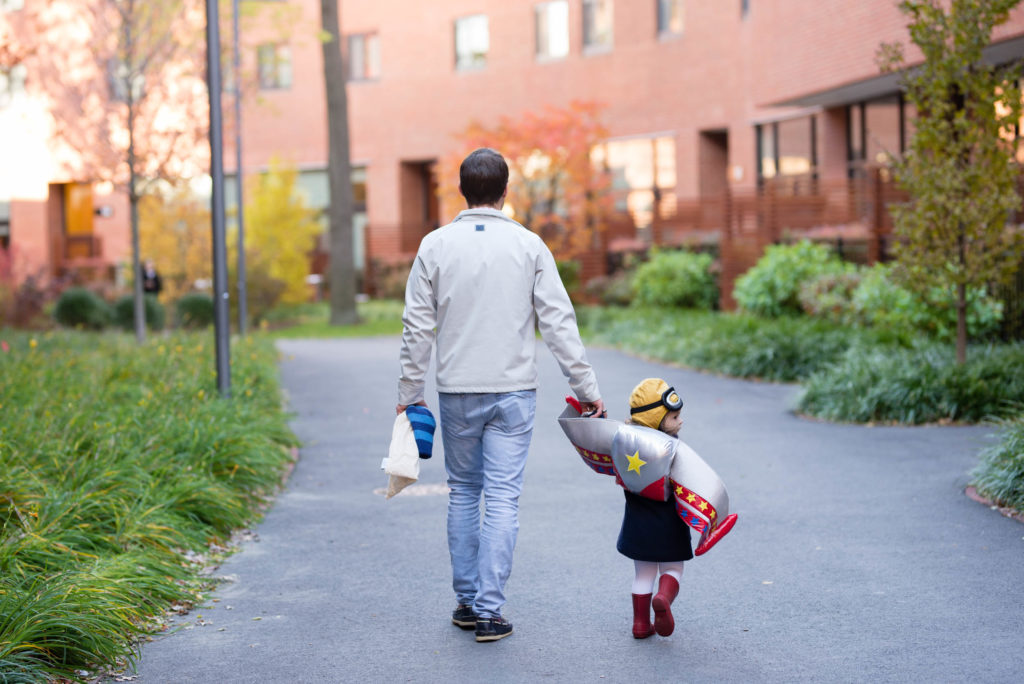 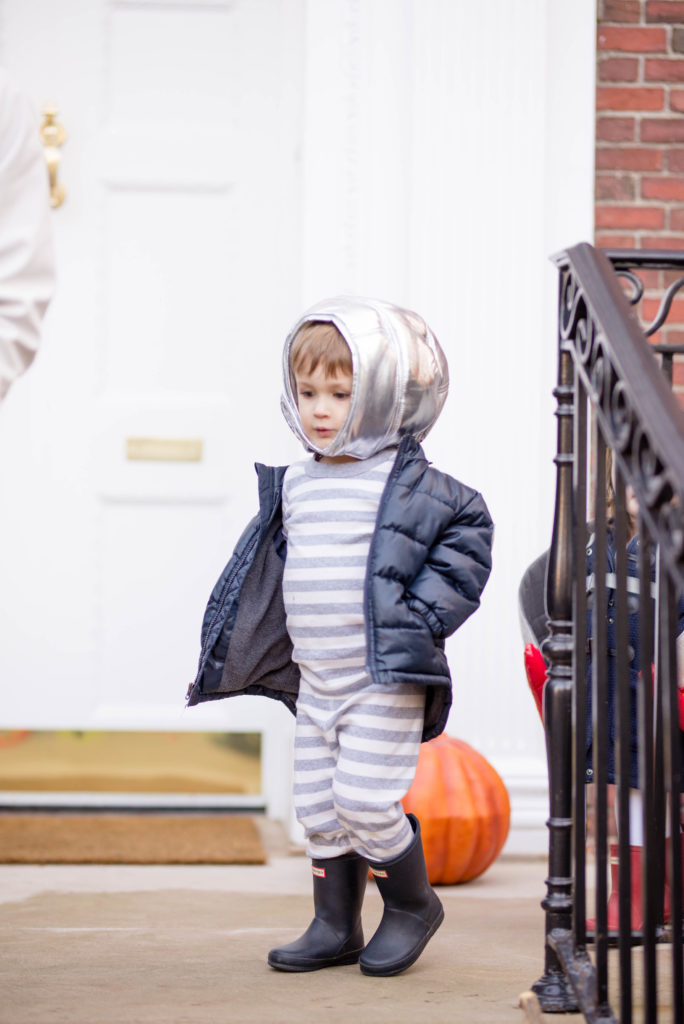 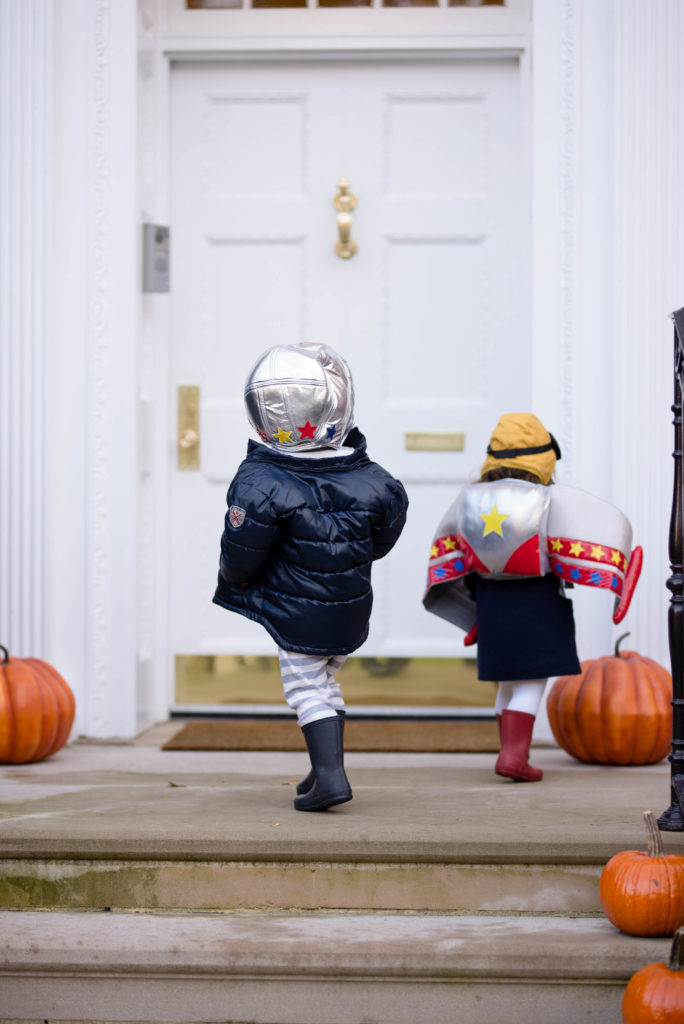 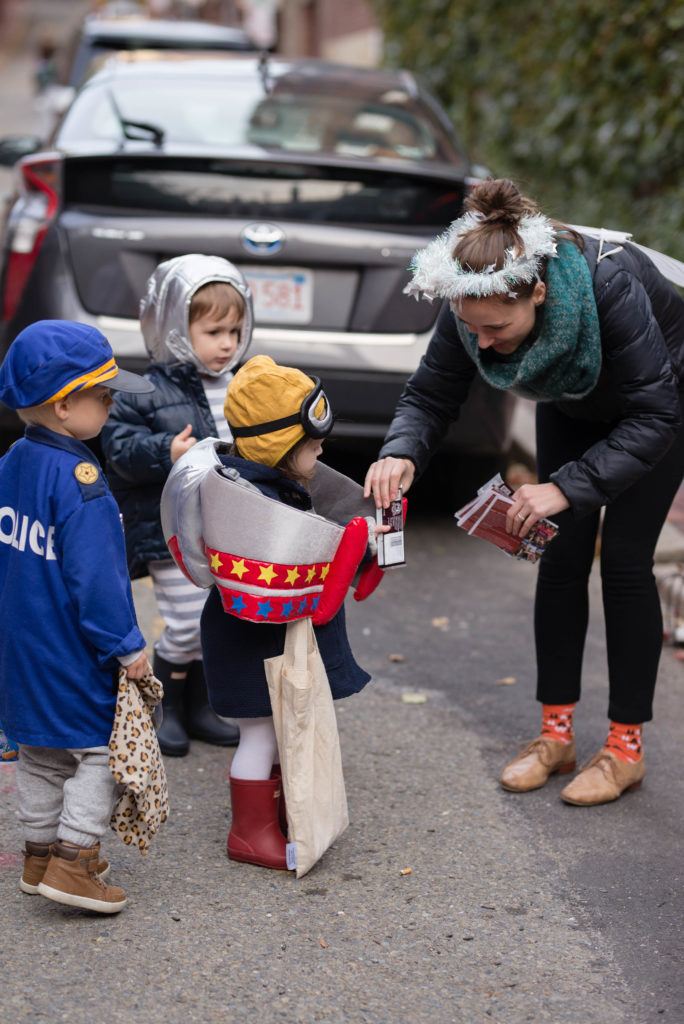 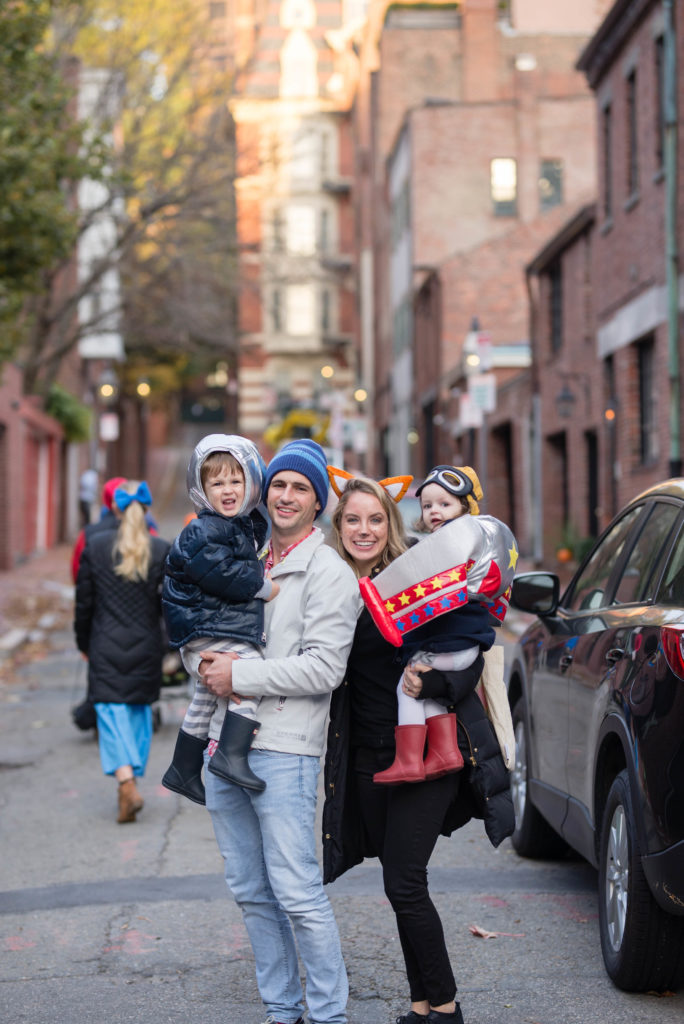 ^before we got to the decorated streets 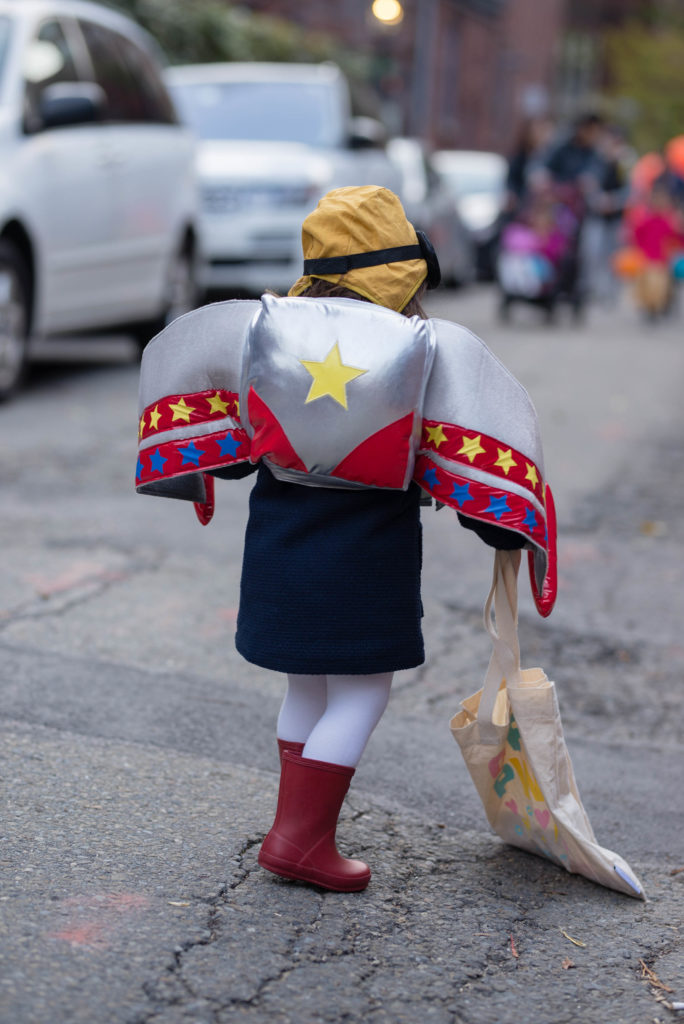 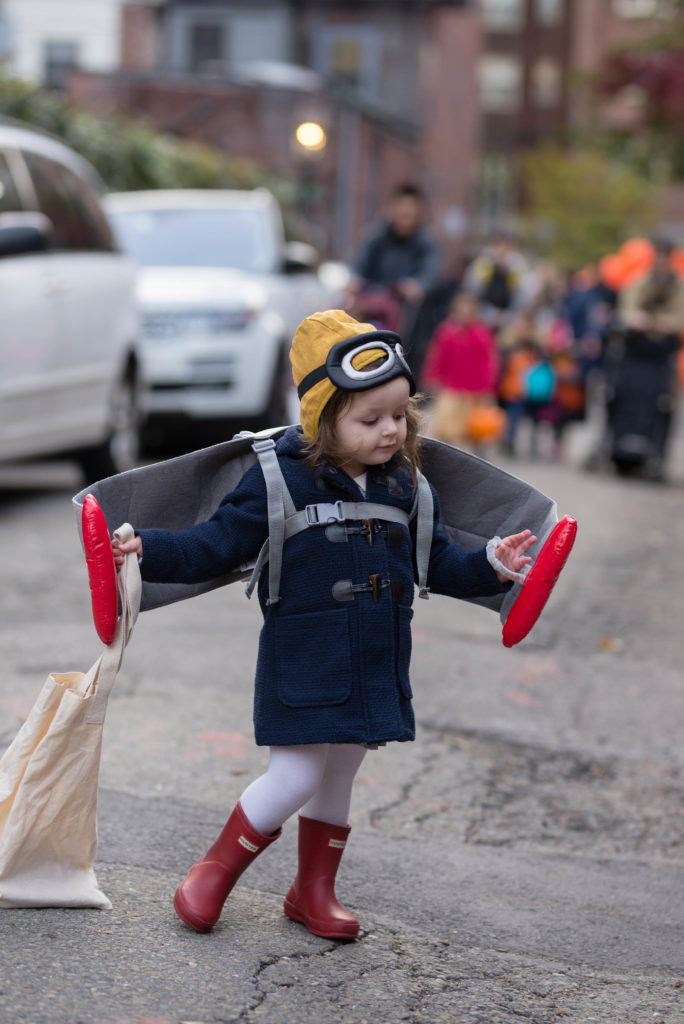 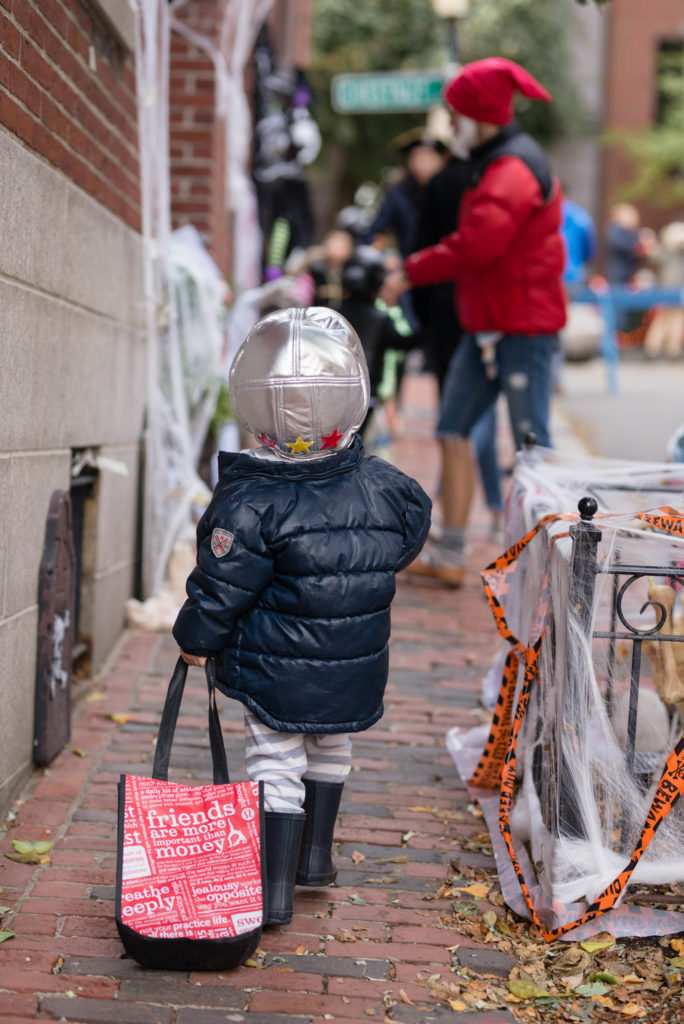