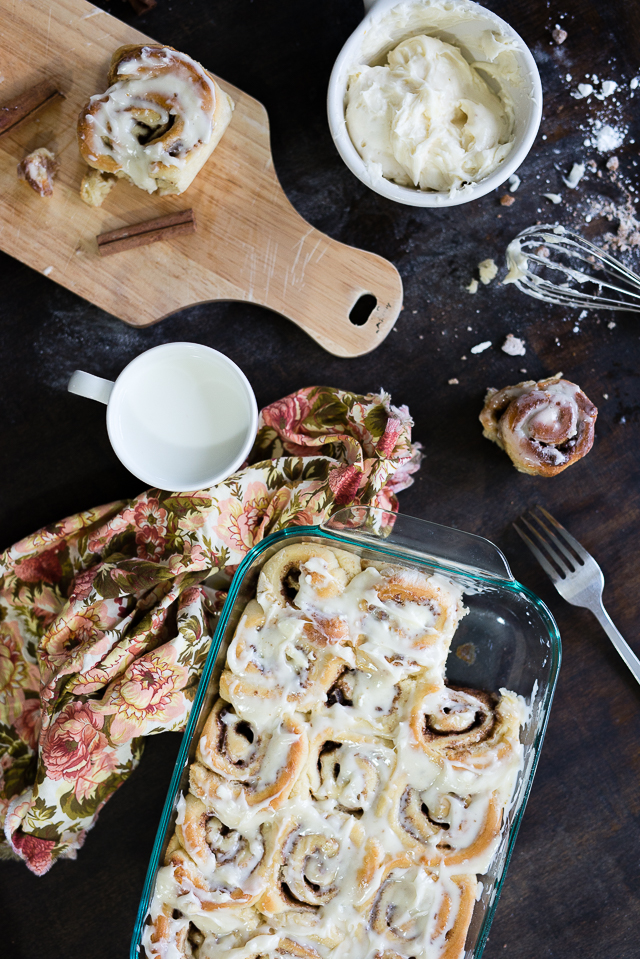 The best thing about my brother running cross country in high school was the cinnamon rolls. Often my mom would make the dough and roll them out the night before, just to pop them in the oven an hour or so before the meet. It made getting up for all those races early on Saturday mornings quite a bit more enjoyable 😉 We also got them for soccer games, Easter mornings, birthdays, and half a dozen other special occasions. We love our cinnamon rolls.

I’ve only made them a handful of times since being married …. but I haven’t messed them up yet (and they get prettier as I get better about cutting them with a string). My one warning about this family recipe I’m sharing today is that it makes A LOT of cinnamon rolls. So, be prepared to indulge for a few days and take a pan or two to your neighbors (or just cut the recipe in half).

Side note: I wish I would have snapped pictures of Lincoln trying his first cinnamon roll when I made these last week. Generally he doesn’t get very many sweets (maybe part of a cookie or a spoon of ice cream a few times a month) so it is always fun to watch him get excited about my favorite things 🙂 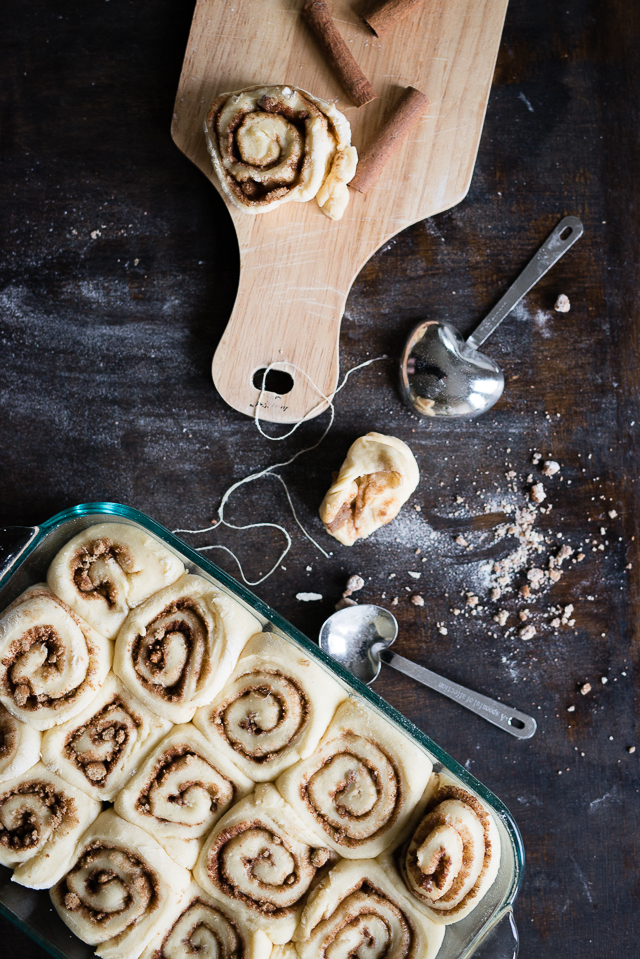 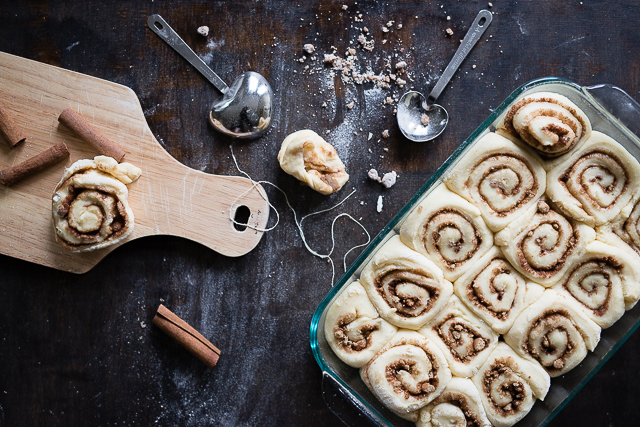 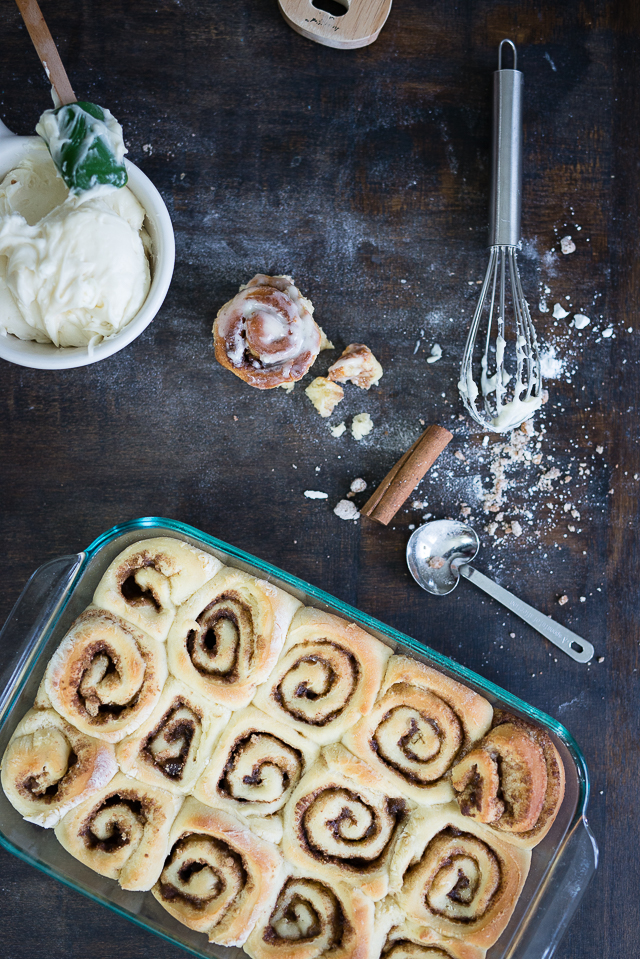 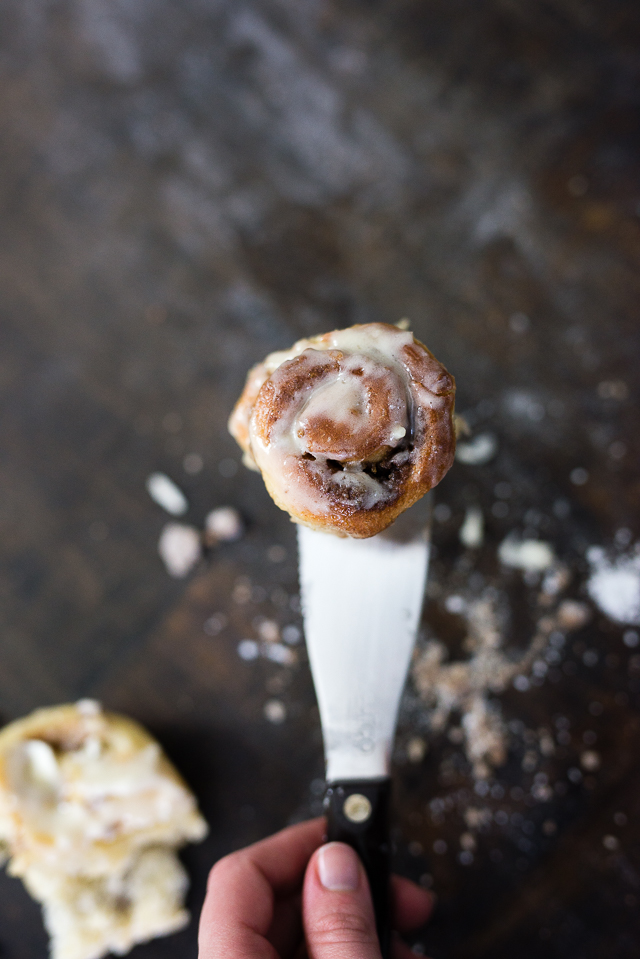 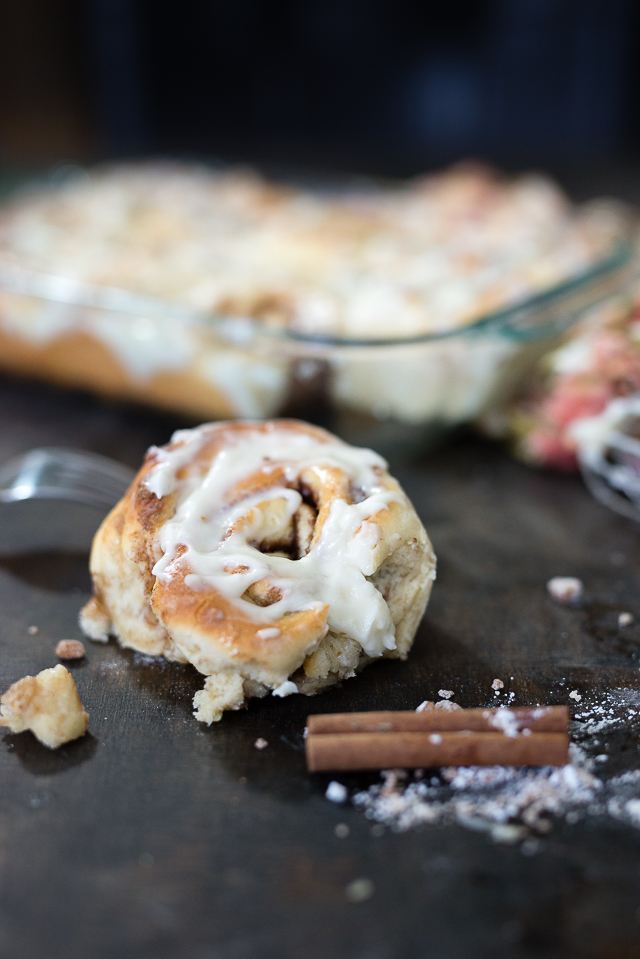 *makes 30 large cinnamon rolls
What You’ll Need:
For the Rolls:
For the Frosting:
What You’ll Do:
*I find using a string is much easier than a knife and we use cream cheese for frosting when we have it but they’re delicious with just a regular homemade frosting too (and a bit less rich) 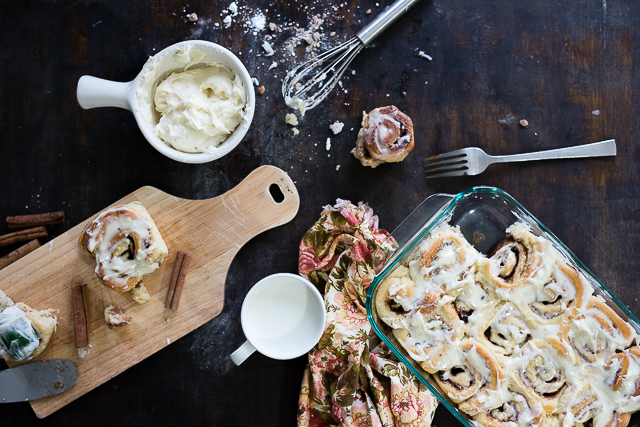 Pin the Recipe for Later: