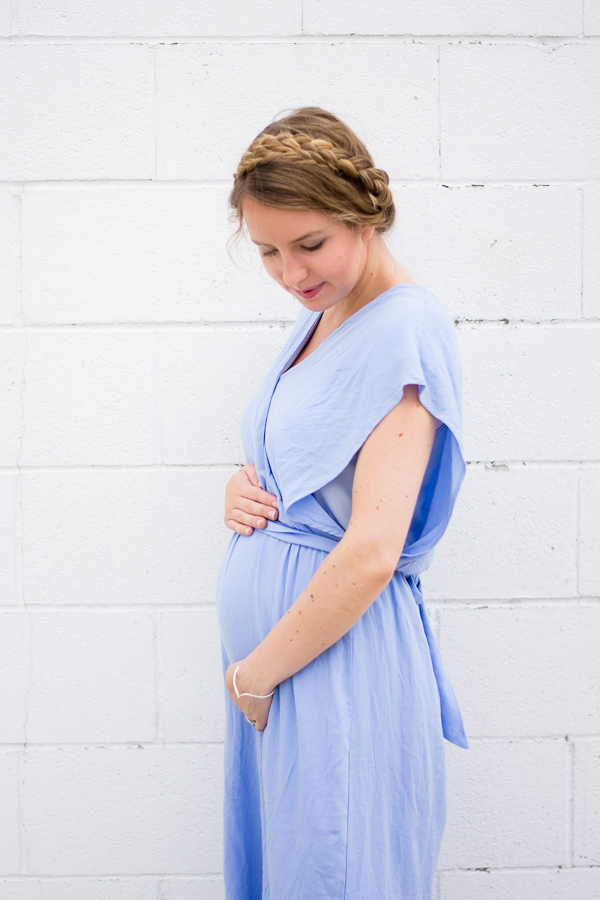 Can it be that this pregnancy is halfway over? I’m already forgetting the bleakness of those first few months and the reality that there will be a tiny human in our home in a few short months hasn’t really hit.

I wanted to take a minute and document a few tid bits so far:

Favorite Moments: Ben feeling the baby kick, the occasional conversation with my uterus (its like talking to yourself is okay now :P), and swapping pregnancy stories with a close friend (being pregnant at the same time is the best).


Eating: Lots of baked potatoes. I discovered them this second trimester (why, in my long 23 years, I’d never made a baked potato is beyond me) but they’re easy, so cheap, and a yummy snack. I finally branched out and made these the other day (adding a little protein is always good).

Drinking: Lots of water with Dasani’s flavored water drops. I’m not even sure I’d like them if I weren’t pregnant but I drink so much more water this way. The pink lemonade and strawberry kiwi are my two favorites.

Feeling: The baby’s dance parties. All the time. Especially when I lay down or eat breakfast. Occasionally Ben and I will join in on the fun 🙂

Buying: Nothing yet! If you don’t count that little tie at crew cuts a few months back.. 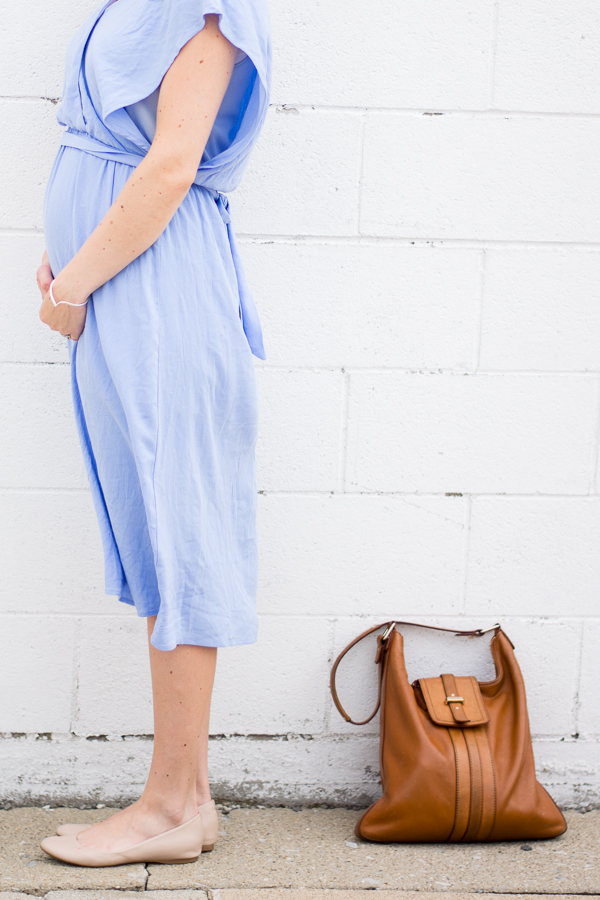 Gender: We find out at the end of the week but I have this feeling its a boy (I’m probably totally wrong and will be thrilled either way).

Names: We’ve had a girl name picked out since (well, since I was about twelve), but there’s been no consensus on a boy’s name. So naturally, this little one is probably a boy 🙂

Craving: Nothing really – but I do love all things sour and lemon. Lemon desserts and sour candies would both have been passed up for chocolate and ice cream six months ago but now I can’t get enough of either.

Aches or Pains: I’ve started to have occasional lower back pain and daily side pain – not fun. 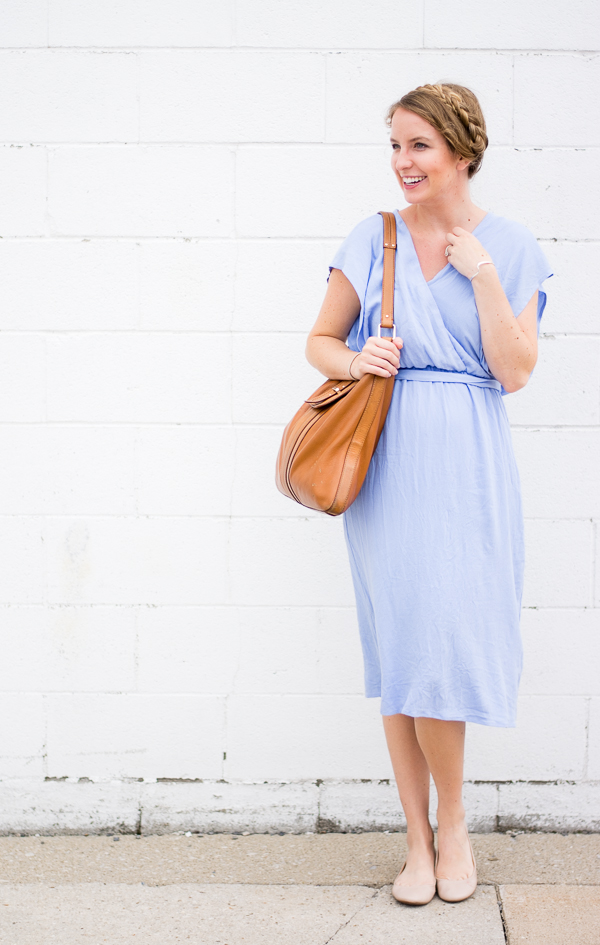 Maternity Clothes: Not yet! I’ve been living in Gap maxi dresses and when I do feel ambitious and put on pants I’ve been using the little hair tie trick so I don’t have to button them. Most things still fit but they aren’t all that comfortable. Except for bras – those needed to go up two cup sizes in two months.

**Since writing this I did order a few pairs of maternity jeans a couple tops from ThredUp – you can use this link for $20 to their online thrift store (I’ve used it before and love it).

Exercise: Not nearly as good as I was planning – I swam for a few weeks and I’m slowly getting back into daily stretching and leg/arm/ab workouts. I can no longer do pull ups (although Ben has a new goal that I’ll be able to do one right before giving birth..just because he can do pullups with a weight vest on doesn’t mean I’ll be able to…)

Excited About: Holding this little baby. There was a newborn at church today (well, four weeks old) and all I wanted to do was hold it. I’m excited about nursery projects and baby clothes but really I’m just excited to have this babe in my arms. Can it be January already? 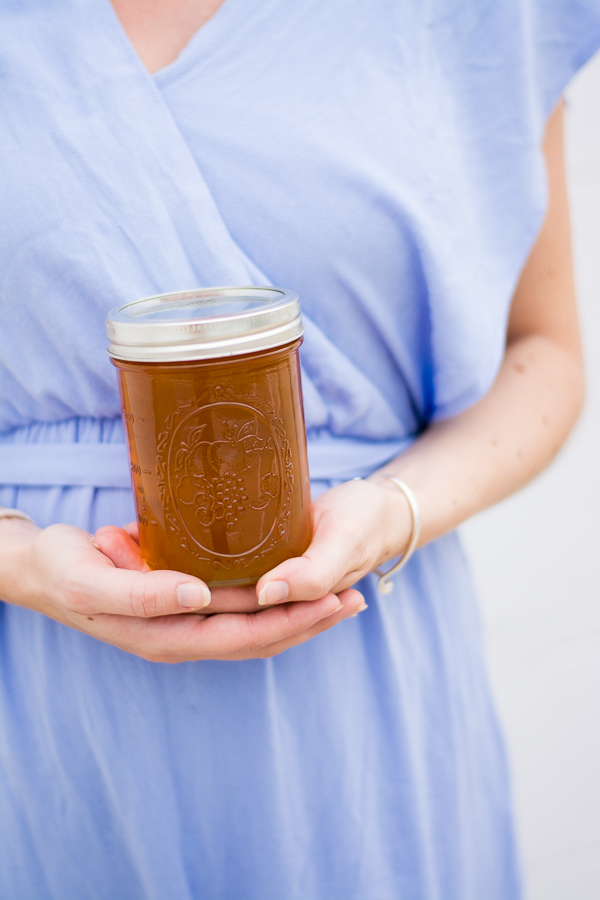 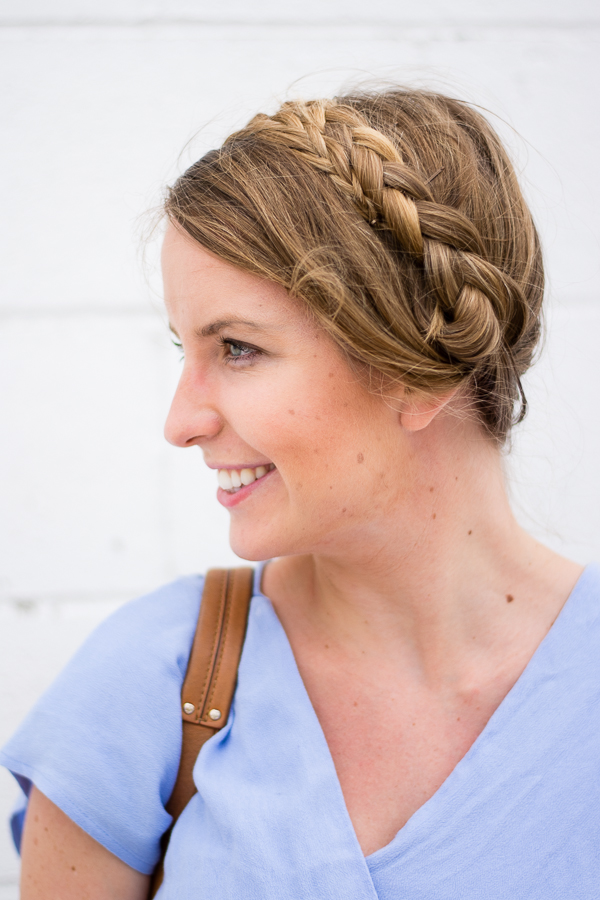 Outfit Details:
dress: c/o Lulus (sold out)
flats: J.Crew (love the gold ones for fall)
bag: Kate Spade
honey: via the farmers market at which we snapped these pictures on Saturday