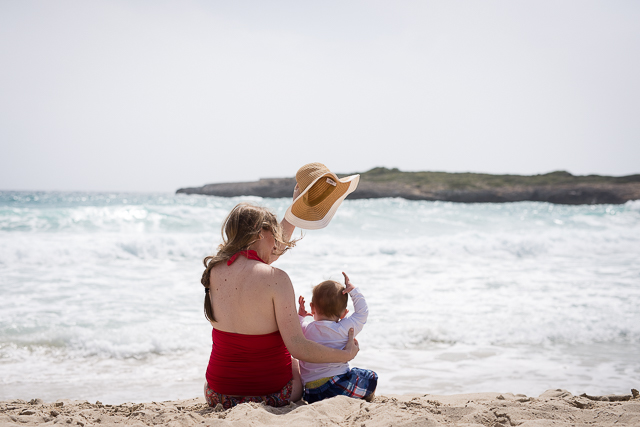 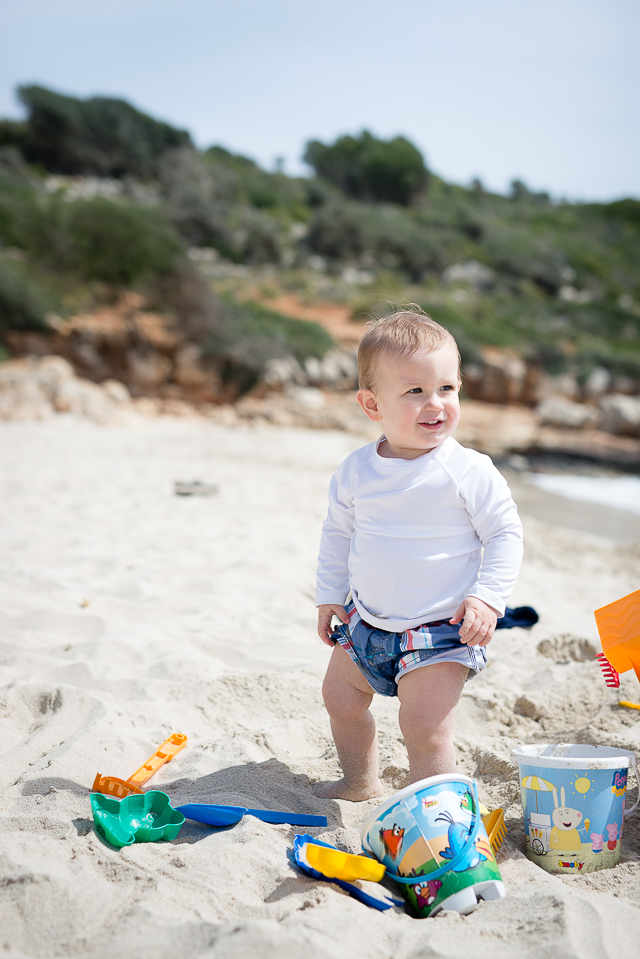 I hope you had a beautiful Mother’s Day yesterday, either being celebrated or celebrating the wonderful women in your life. I’m back with the first our our pictures from our grand European adventure (we’ll call it that because it was not restful enough to be called a vacation and it seems a much bigger deal than “trip” would imply) and I’m already trying to figure out the best way to print and frame all of these for our house (okay, maybe not all of them). We started off with a few days in the UK before heading to Spain but I’m not through putting together travel guides for our UK day trips and these beach pictures of Lincoln are some of my favorites, so we’ll start here.

Our first full day on Mallorca, an island off the southern coast of Spain, we headed to a beach that promised beautiful sands + rock climbing nearby. They told me it was a short walk from the road. They told me it was an easy walk from the road. Well, a solid hour hike down a long, long road, and then down rocks and more rocks (in less than ideal footwear) later, I had not gone into labor AND made it to the beautiful cove.

On the way back we may have opted to send someone ahead to bring the car down the private road because we were all a bit exhausted at the thought of walking back (thank goodness).

There was that last half hour before the boys came back from climbing and all Lincoln wanted to do was run into the waves (and I would haul him on my hip or over my shoulder up the beach, just to chase him back down to the water’s edge again and again), but mostly it was a beautiful morning in our own slice of paradise.

Here are a few pictures I’m so glad we captured of Lincoln’s first Mediterranean beach experience. He was so wary of the sand and waves at first but after ten minutes or so was loving both. 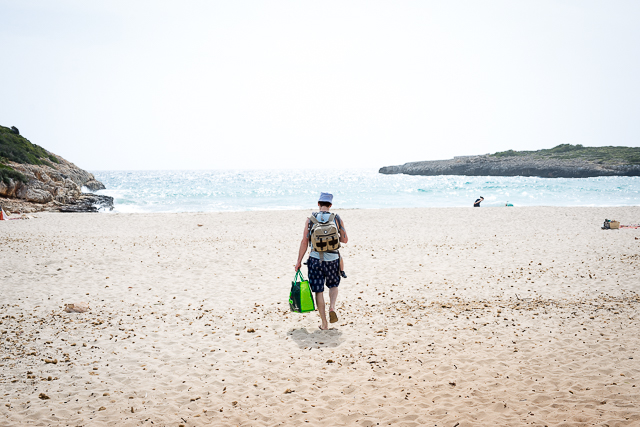 ^Taken right as we arrived (FINALLY). Ben was carrying the beach toys, the camera bag, AND a sleeping baby. #rockstar 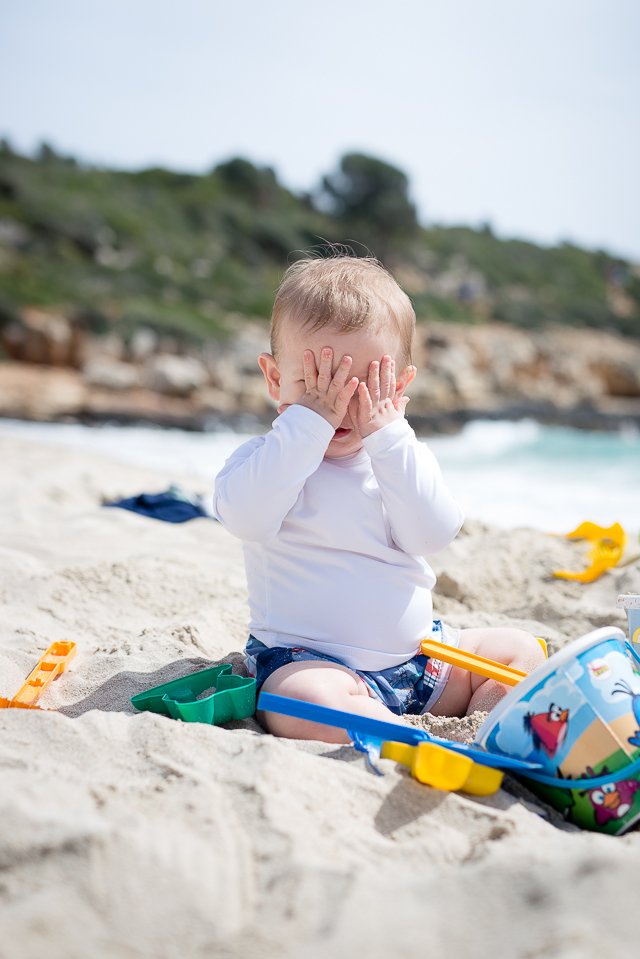 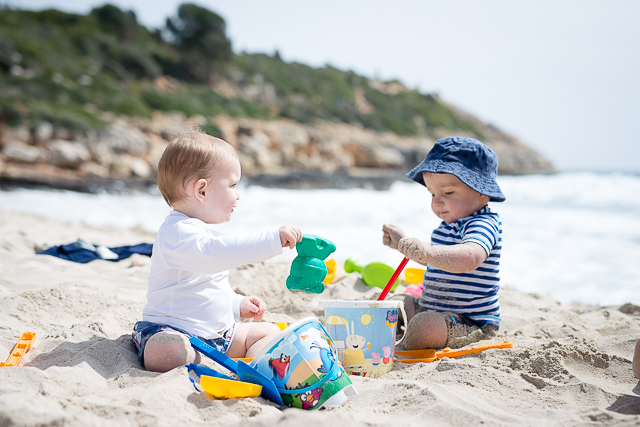 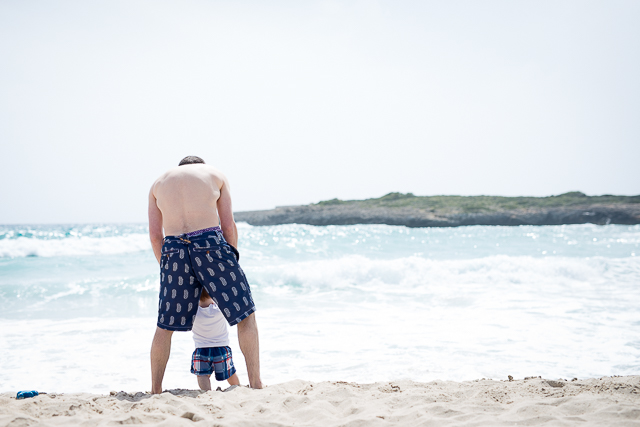 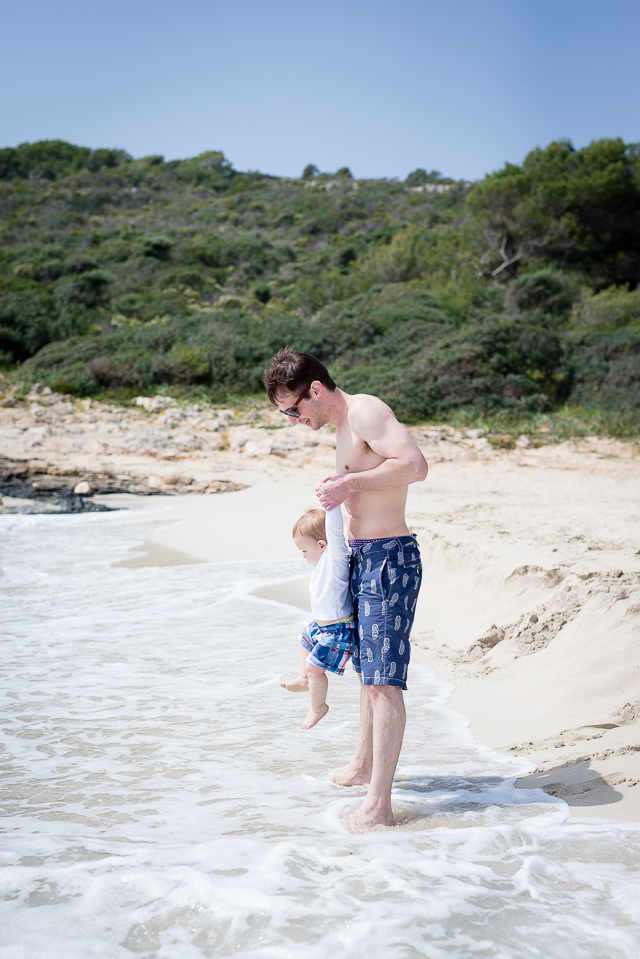 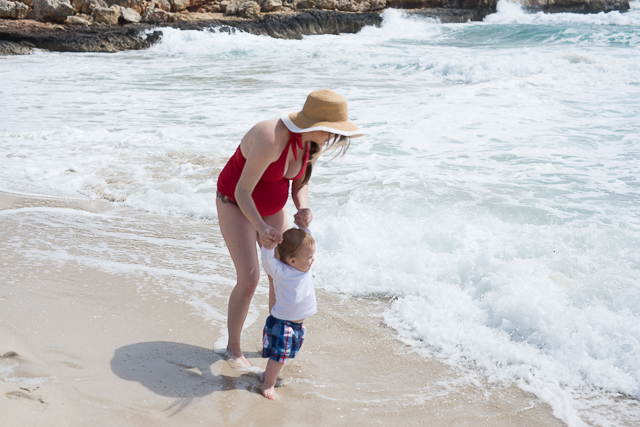 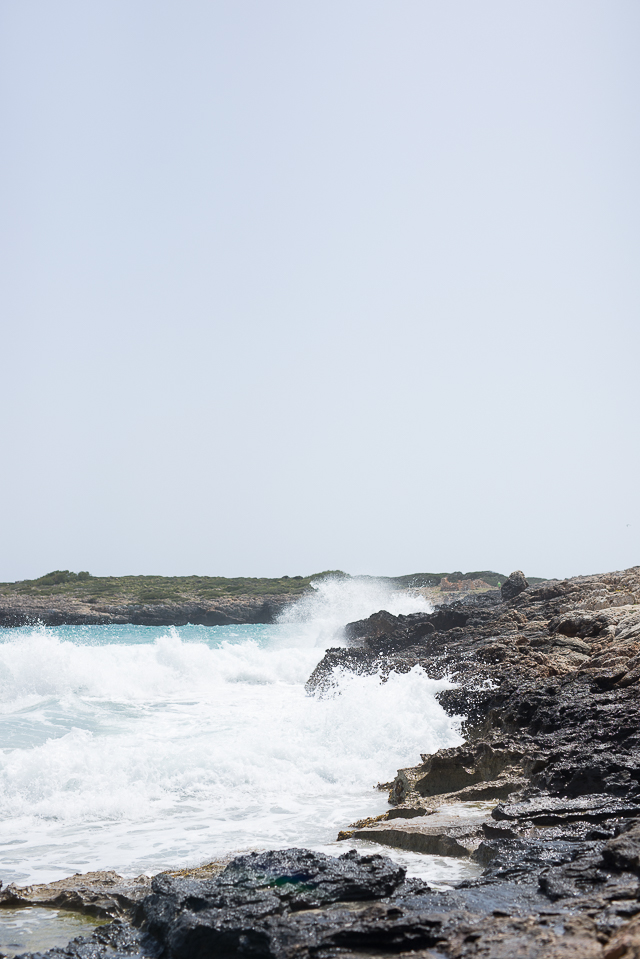 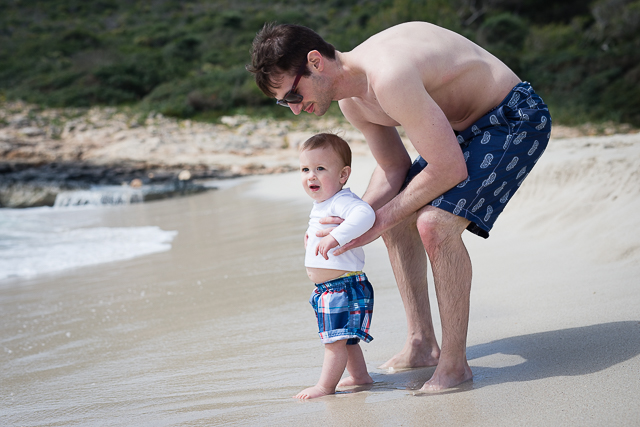 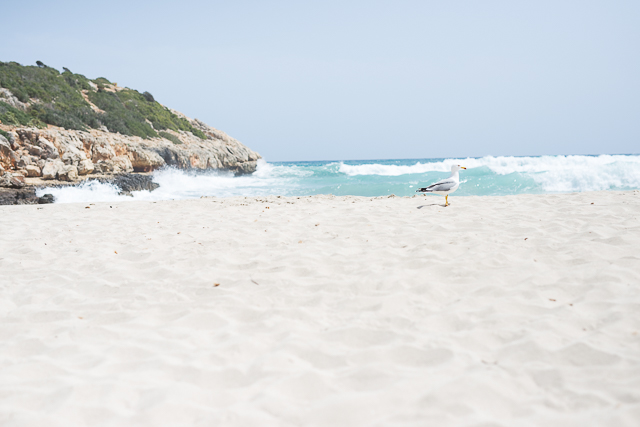 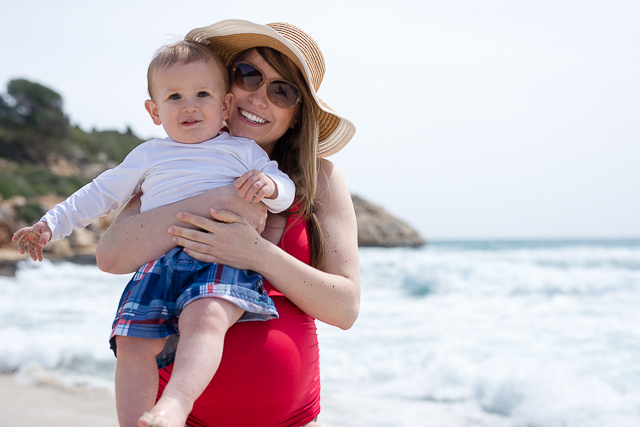 ^P.S. rash guards mean less sunscreen application which is a huge win when it comes to a squirmy toddler 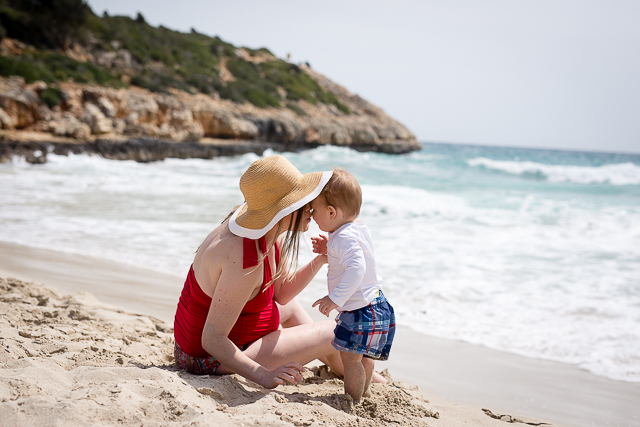 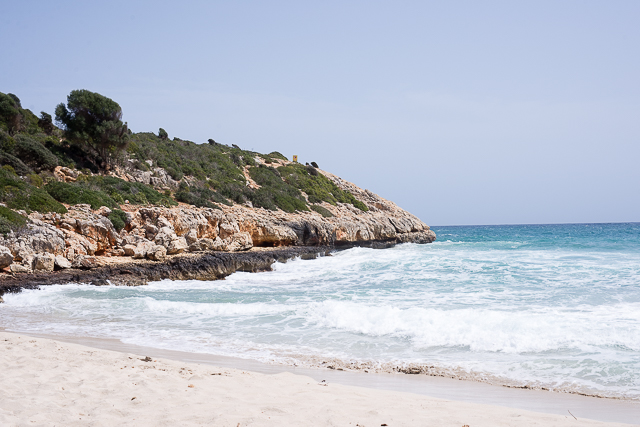 ^Just on the other side of those hills is where the boys went rock climbing while the girls stayed on the beach to play with the babies. I just wish the terrain was a little safer and we could have brought the kids to watch them climb! All the climbing they did in Spain was called deep water soloing, where you don’t need ropes or harnesses because when you fall, you fall off an overhanging cliff and right into the ocean. It was perfect because we didn’t need to haul any of our climbing gear (except shoes and chalk) but I just wish I had gotten to watch more of it. 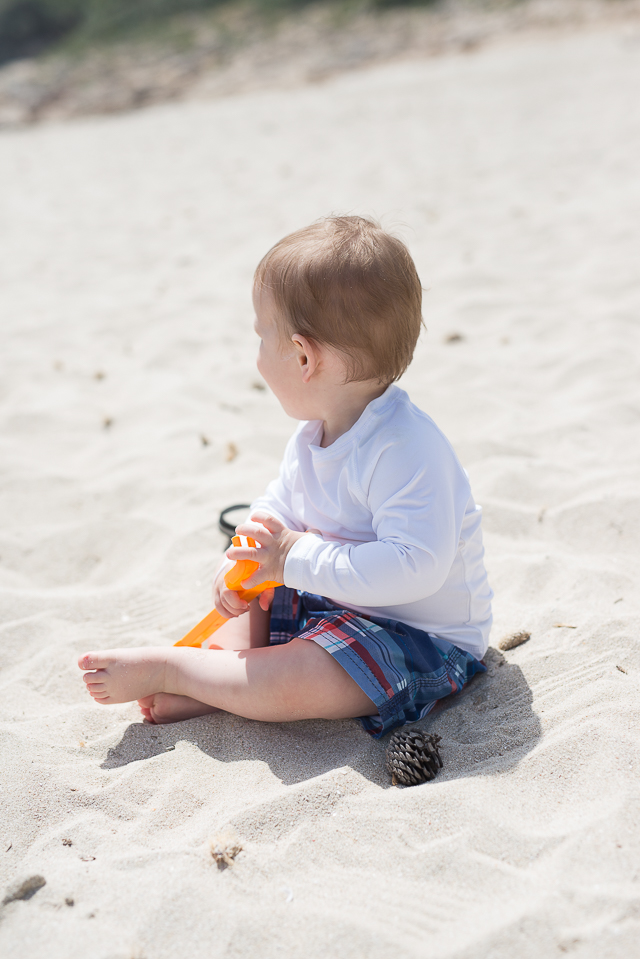 Lincoln’s swim bottoms and my swim top I ordered from thredUP and his rash guard I picked up at walmart right before the trip.