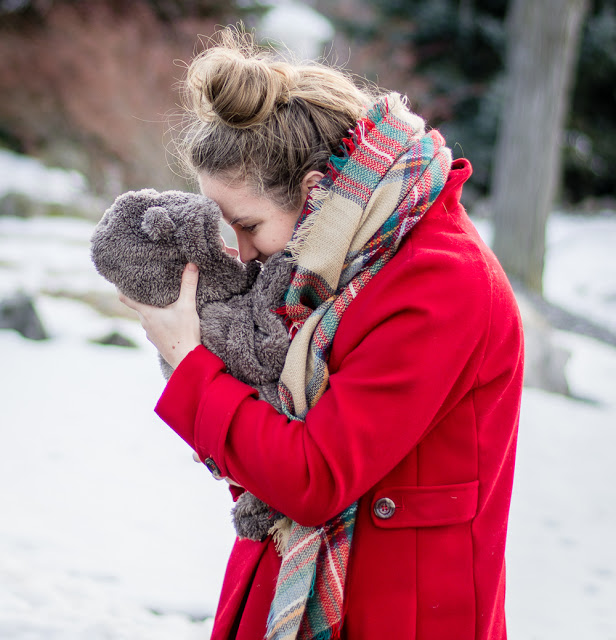 Perhaps the best time to reminisce about your baby’s first year of life is not after he’s been awake for 11 hours straight and sick. But I did just finally rock him to sleep, and he does turn one tomorrow, so I’ll go for it anyway.
This has simultaneously been the fastest, longest, hardest, and most wonderful year. It could have been just last month that Ben and I were enjoying kid-free weekends and evenings that didn’t revolve around bath time routines. I swear it wasn’t too long ago that I didn’t have my happiness tied to the sleeping whims of someone other than me (I’m working on it). But, you know, it is also hard to imagine that just a year ago, we didn’t have the pleasure of knowing this little man. In the few days I’ve spent away from him (three, last month), I missed his sweet presence in our home desperately. This year may have been a lot of diaper changes, little sleep, and quite a few tears, but it has also been filled with the most joyful of baby giggles, with watching Lincoln learn new things, and falling in love with both of the boys in my family over and over again.
Motherhood is not for the faint of heart. This first year leaves me with SO much more respect and less judgement for every mother, because just keeping a child alive and healthy is more service than I could have previously anticipated. But motherhood is also good for the soul. I know not everyone gets the chance to be a mother in this life, but it is a joy and a privilege worth sacrificing for. Every once in awhile I catch myself thinking “Being Lincoln’s mom is so wonderful, I want another 12 kids.” I then think about another 12 pregnancies, another 12 deliveries, and another 12 first years, and I work myself down to another three or four but still, you get the point.
This little baby has taught me more about what it means to love, to give, and to overcome than anything before him. It is such a treasure to watch him discover the world and to grow into himself. I’ll share more about Lincoln at 12 months later this week, but for now, here are my favorite pictures of 2015, Lincoln’s first year:
(above): From Lincoln’s first walk at 6 days old. It was a warm day in Findlay and it was so fun just to watch him watch the world. 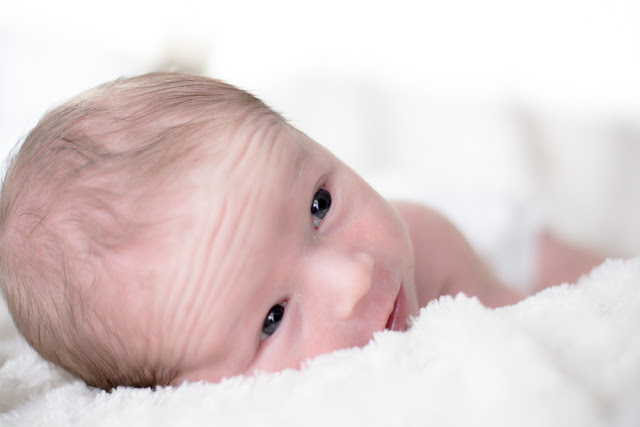 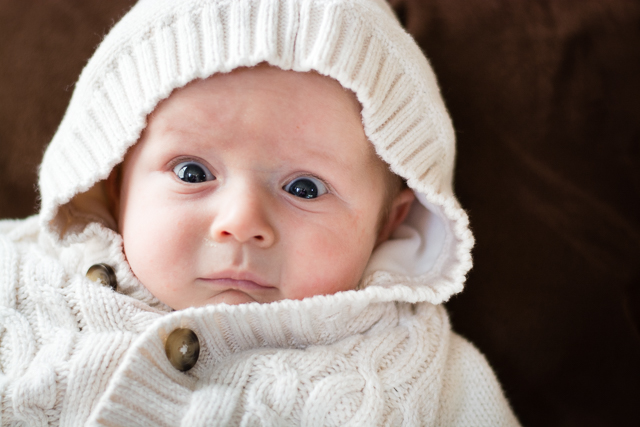 ^Lincoln made only the most concerned expressions early on (and we still think he makes the best faces) that we always thought of him as such a thoughtful and concerned little one. He’s 8 weeks here. 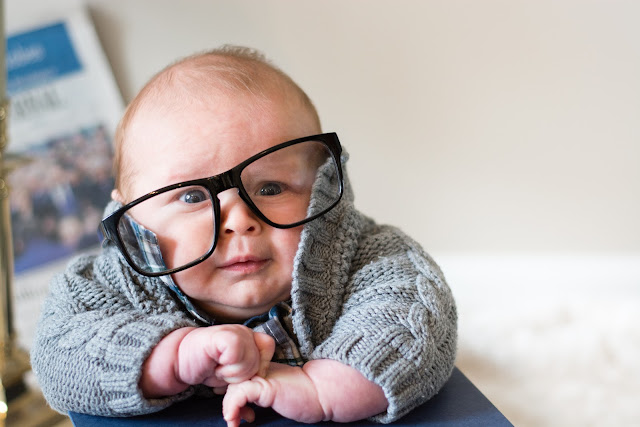 ^I remember the Friday I snapped these photos (full post here), right before our first trip with Lincoln down to Cincinnati. Mostly I can’t get over him in glasses 🙂 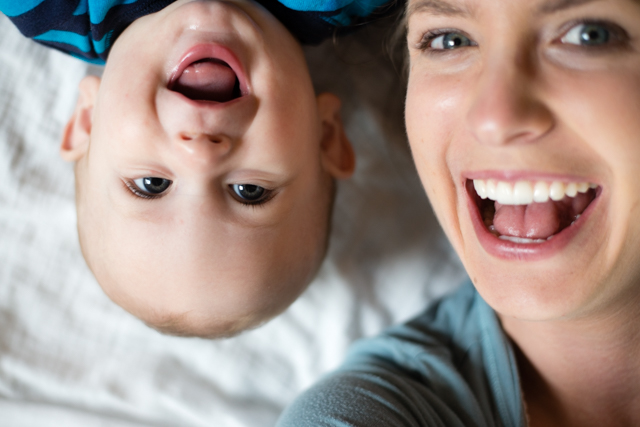 ^A few months in when Lincoln really started to smile and giggle, parenting got quite a bit more fun. This is one of my all time favorite pictures of us. 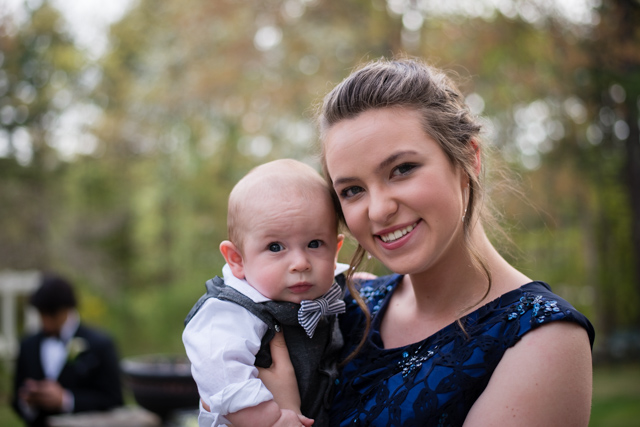 ^At four months old we took Lincoln to New Hampshire where Ben gave him a sweet baby blessing surrounded by family. We also stuck around for the next week and my sister’s senior prom and dressed Linc up in a tux for the occasion 😉 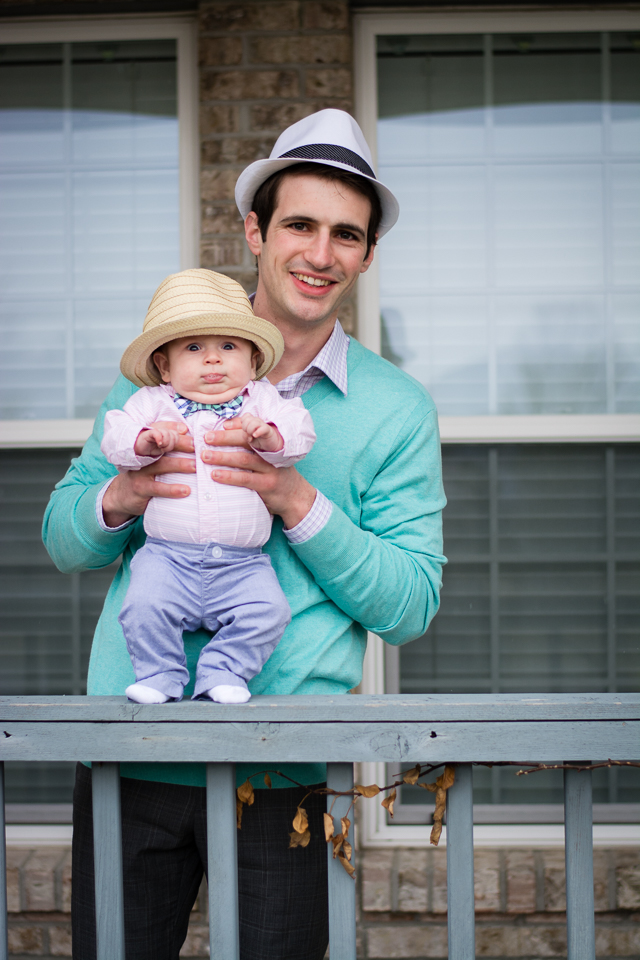 ^Easter was another excuse for a bow tie and who can top that double chin? 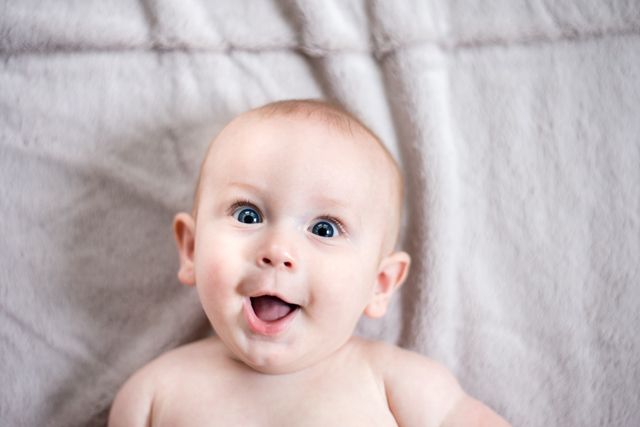 ^The happiest of babies…with the most beautiful of eyes (and I’m biased, I know). 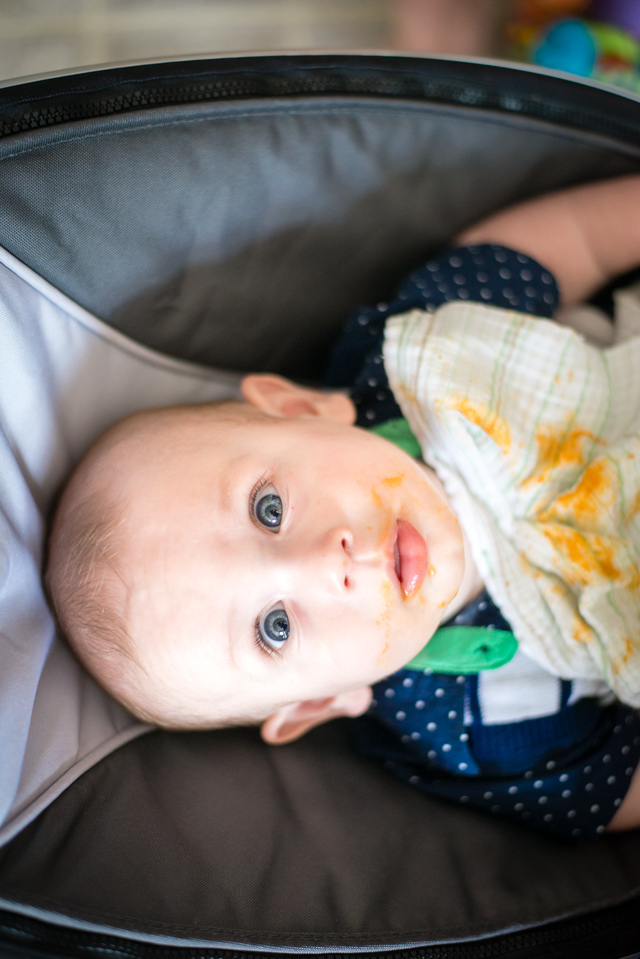 ^This was a few days shy of six months when he tried sweet potatoes for the first time, his first foray into the world of food. 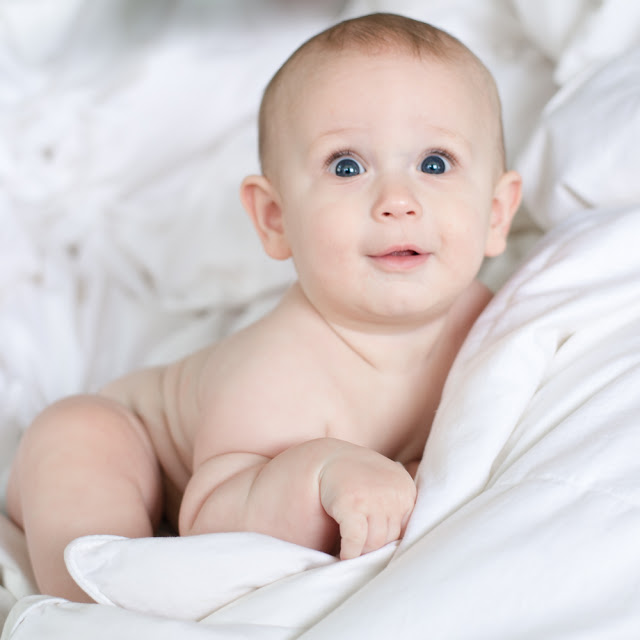 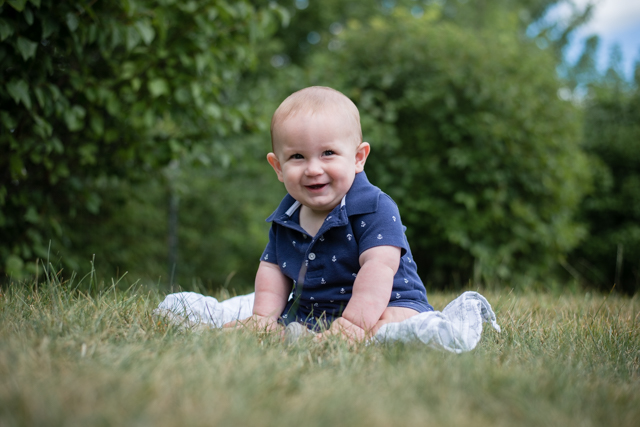 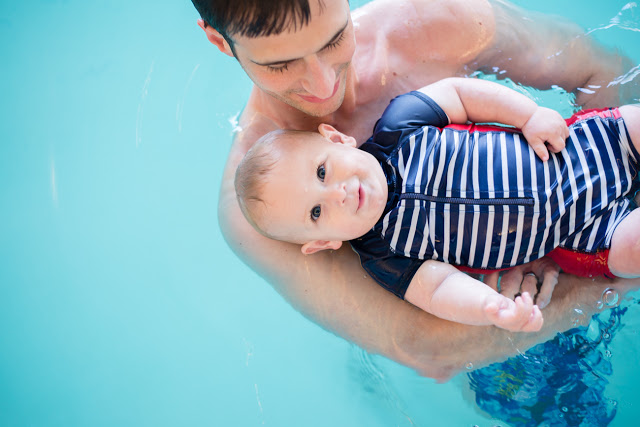 ^We took a family trip to Nashville when he was nine months and found out we had a little fish for a baby. 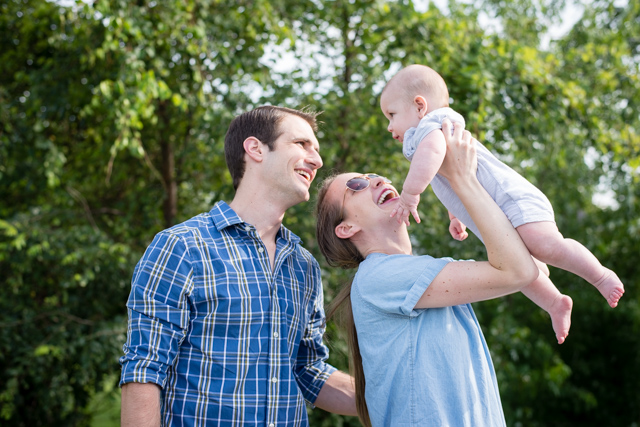 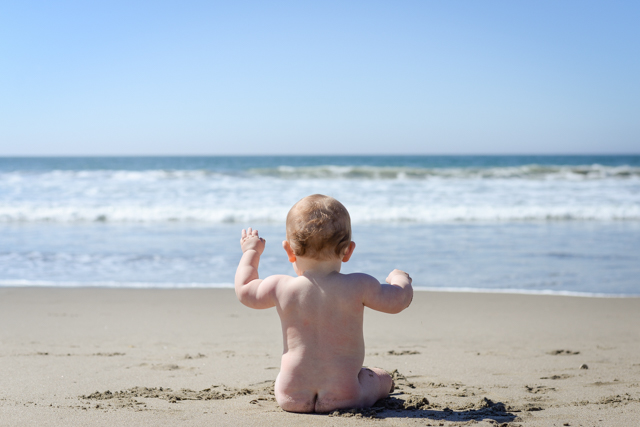 ^In September we headed to California to spend a week with Ben’s parents and Lincoln had his second beach experience (his first was in NH at 4 months and it wasn’t exactly swim suit weather). Baby boy LOVED the sand and army crawled through it for a solid 30 minutes. 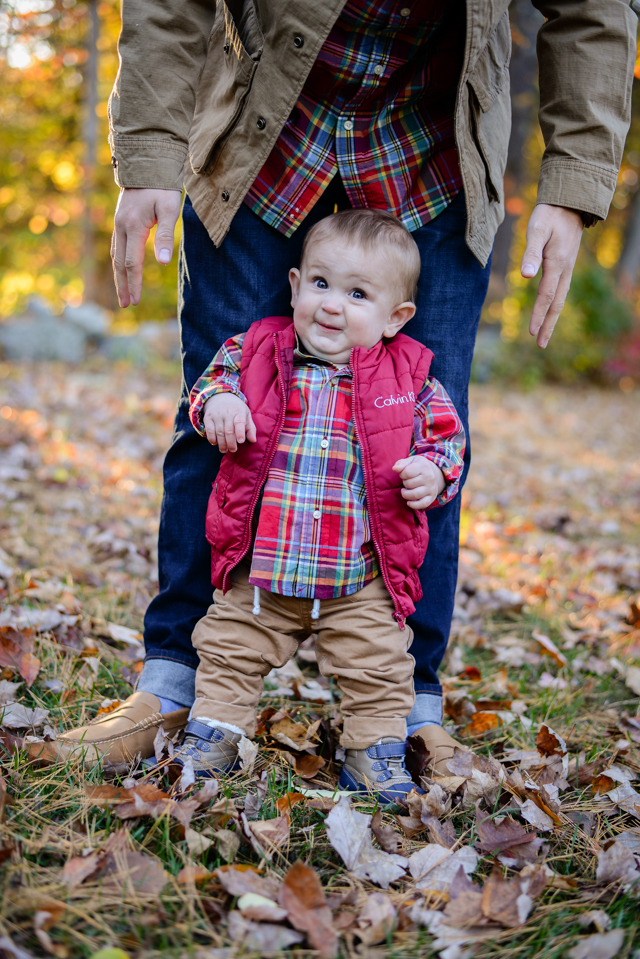 ^We spent two gorgeous weeks in New England in the fall and this shot of my brother and Lincoln in matching shirts makes me laugh. 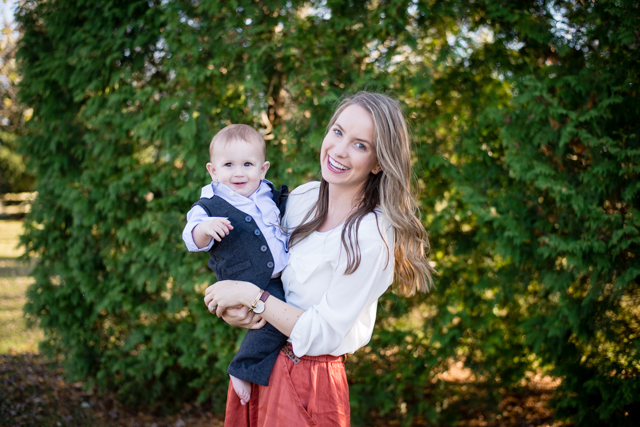 ^In November our baby turned into a little boy and if he weren’t so fun, and I didn’t have another tiny one growing inside of me, I would have been sad about it. 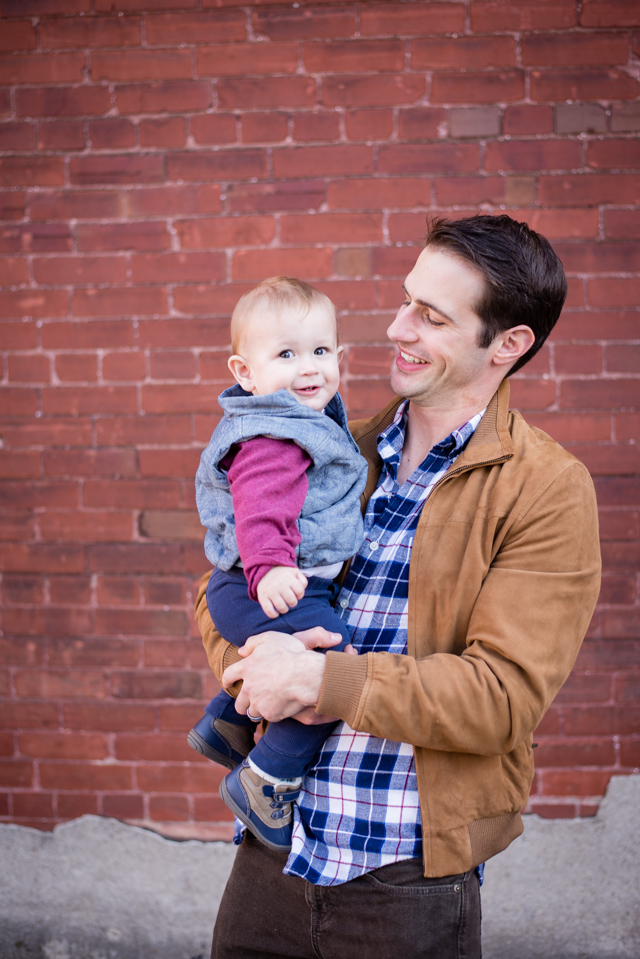 ^This is from sometime in December, but it was after a family brunch date and its just one of my favorite shots of my favorite two boys. You can tell how much joy he brings from Ben’s face – and that joy has nothing to do with how cute he is, but my goodness, isn’t he? 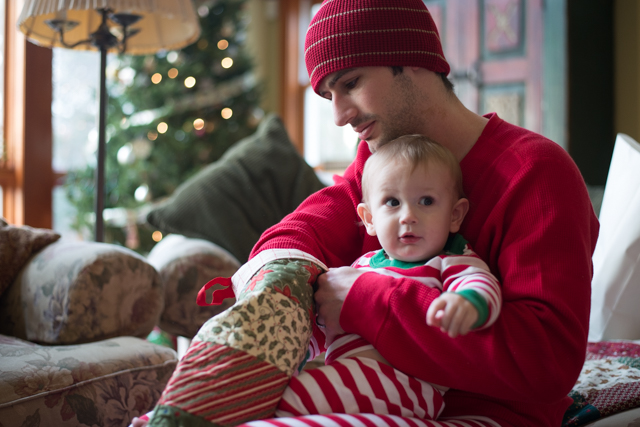 ^The magic and distraction of Christmas mornign