You are here: Home / kids and babies / Lincoln at One 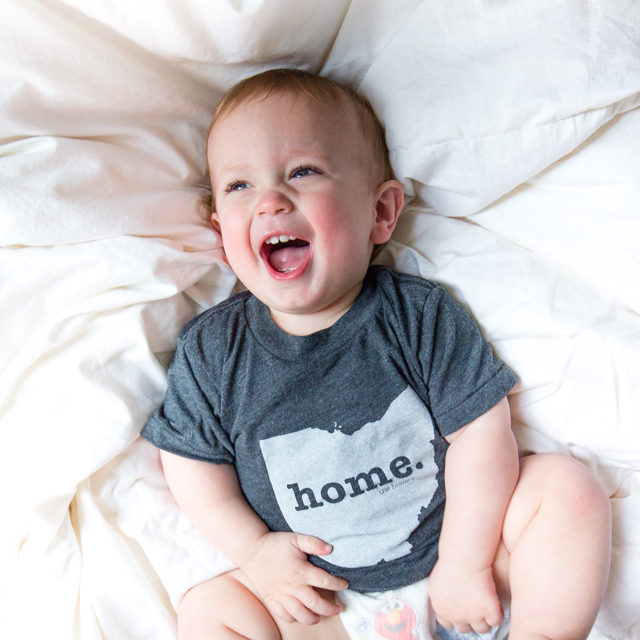 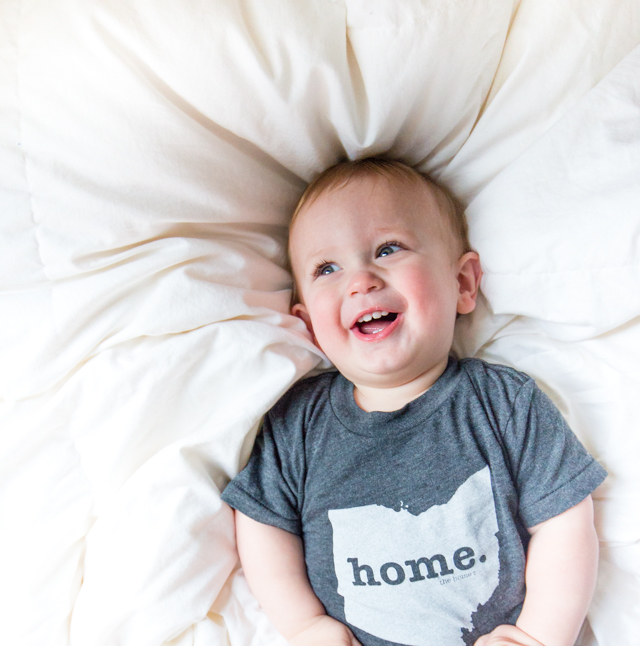 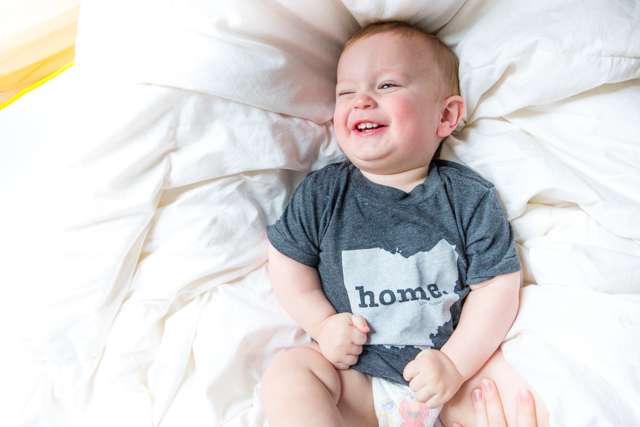 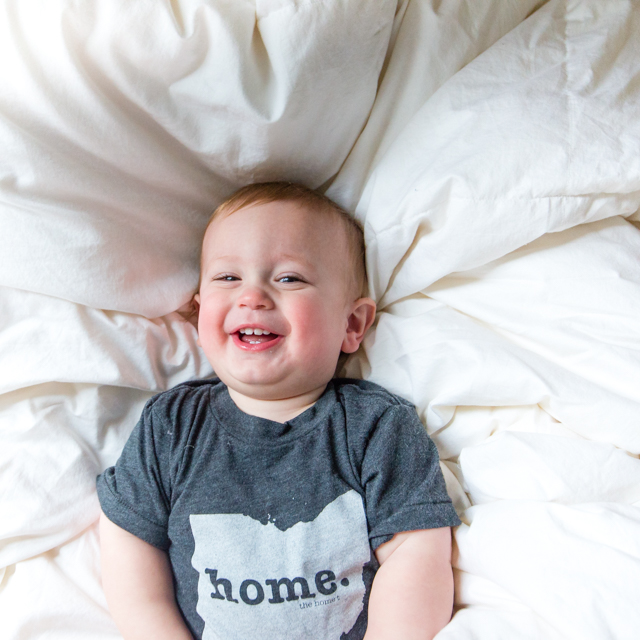 ^Just in case you needed a smile today 😀

We survived Lincoln’s one year appointment, complete with a hearing check and four vaccines. Turns out it is much easier to listen to your one year old cry than your one month old (am I horrible for saying that?), and the shots were uneventful. The doctor declared Lincoln cuter than ever and thinning out a bit. One year though – it is still hard to wrap my head around.

At 12 months old, here are a few things about Lincoln:

-He loves books and balls. With the exception of this week while he’s been battling a cold, he’s quite good at playing on his own and it always involves books or balls. He’ll push balls around the house for tens of minutes (which, guys, is a long time in baby time) and he’s often more content to sit and turn pages of books on his own than have me read to him.

-He’s standing for 10-20 seconds on his own and he’s started to bounce a little while standing but not taking any steps on his own.

-He says “mamamamama” (mostly when he’s sad) and “dadadada” (all day long) and we’re pretty convinced he knows what he’s saying. I’m amazed daily by how much he understands. So far I’m sure of “clap” “splash” “tap” “dance” “jump” “rock” “bottle” “diaper change” “come here” “kisses” and “don’t drop it.” But Ben will ask him to do various things and he’ll do them (pass the ball, put the ball in the cup, put the ball in the bowl, and on and on).

-One of our favorites is the way he waves, with his hand outstretched, just moving his fingers up and down .

-He knows how to get attention and if he’s feeling a bit left out of a dinner conversation or anything else, he’ll muster up a fake laugh so the focus is back on him (its so funny, and I much prefer it to crying for attention). There are plenty of real giggles too, mostly when tickled, when chased, or when being spun around.

-With the little cold he’s had this week he’s been extra clingy to me, except when Ben comes home and he morphs into a happy little child. Its almost as if he’s determined to make me look like a liar when I bemoan about my high maintenance baby. Either that, or he just really loves his dad.

-Some of my favorite moments with him are right before I put him down for naps or bed. While he finishes his bottle I’ll sing or recite verses of poetry or scripture and if he’s awake enough, we’ll just look at each other, snuggled close. Oh how I’m going to miss these days.

some old baby updates here and here
Lincoln’s shirt is from here, c/o (softest shirt ever)