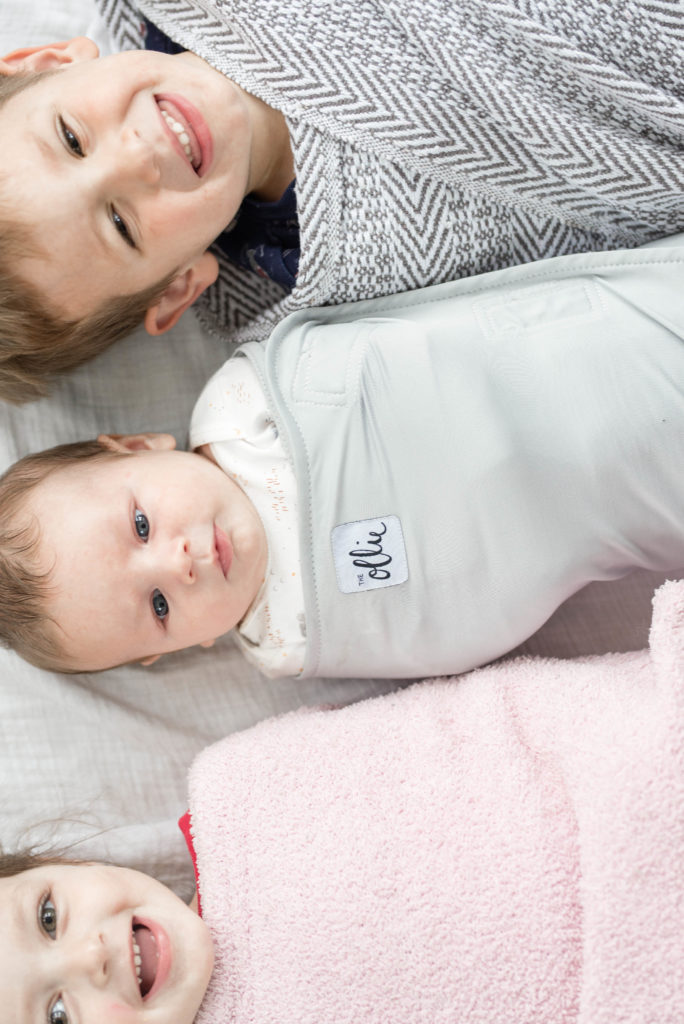 Ben is back at work today after spending the last 6 weeks at home (the rest of his paternity leave from when Westley was born in August). It seemed like just the time to share another day in the life post as we all miss Dad’s extra hands + energy around here today.

Why we decided to delay paternity leave

When our first baby was born 5 years ago we were really excited Ben got a full week of paid paternity leave. He took two days off when the baby was first born and split up the remaining three days over the course of the next few weeks to fill in gaps between family coming to visit. In a job where he was getting 2 weeks of vacation per year, this extra week felt luxurious and I got a lot of comfort from knowing, if needed, on any given hard day during the first few weeks, Ben could stay home.

When baby #2 came 17 months later, his company had moved to 6 weeks of paid paternity leave. But, Ben was also starting training for a new job role four days after Adelaide was born. Ben took a few days of vacation right when she was born on a Wednesday and reported to work on Monday, two days after we’d been discharged from the hospital.  Two months later, once all our extended family had gone home and we’d started getting into a routine, he took his first three weeks off.  He took the next three weeks in October/ November and we spent most of it in New Hampshire, visiting my family and the gorgeous New England fall.

This time around Ben again managed to start a new job within a month of the baby being born so we decided it made sense to take two weeks off when Westley arrived and save the rest of his leave until after he’d completed his first project. I really like splitting it up because it gave us something to look forward to during those first hard months adjusting to life with three kids and living on very little sleep. It was also really wonderful for him to have so much time off during the holidays. Lincoln keeps asking if we can please have more babies so daddy be home more. #kids 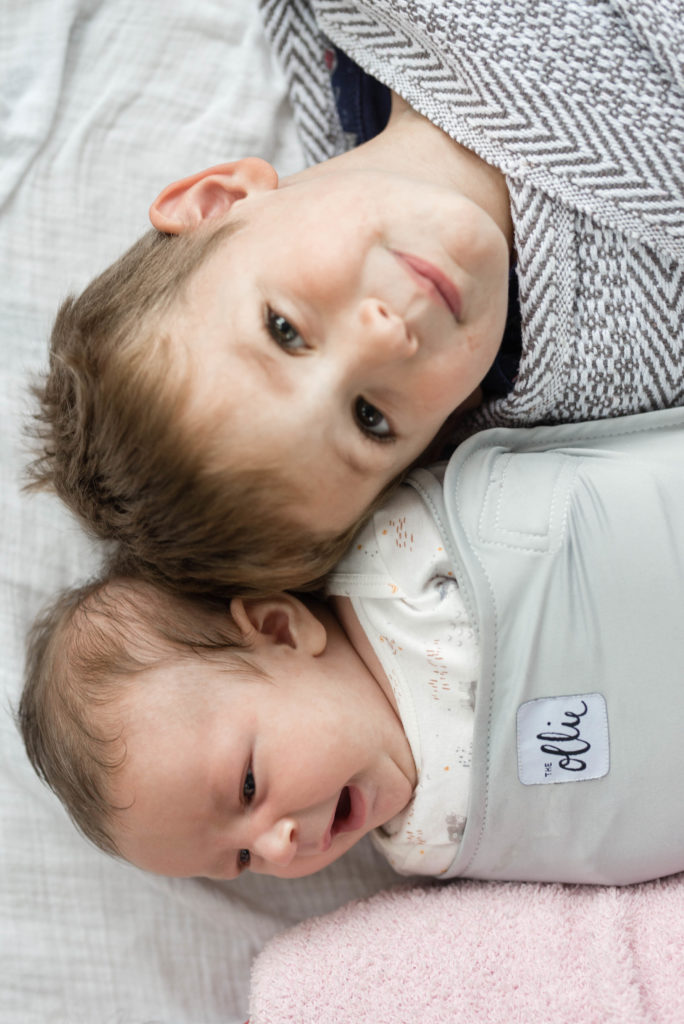 How we spent paternity leave

Ben had from thanksgiving until mid-January off so most of our leave was wrapped up in holiday fun. Ben took the big kids on a trip to California to see his parents while I finished up a busy holiday work season and worked on sleep training Westley (well, that was the plan until Westley got sick…we ended up postponing sleep training until last week). It was still work having a baby to take care of but it felt like a relaxing vacation with the fun, loud, crazy kids gone and just a little one in the house.

It was great to have Ben home full time during the two weeks the kids had off of pre-school for the holidays. We also really enjoyed having him home when they started school again and we could have lunch dates or get things done around the house with just a baby to chat with. We took a lot of naps, did a lot of tag-teaming, and tried to be good about going to sleep at a reasonable hour. One of the best parts was having him there after really hard nights. I remember one night where I was up no less than 14 times between 10:30pm – 5:30 am  Ben woke up and said he’d take over. I then slept from 5:30 until almost 10 and we all had a pretty good day, despite the awful night.

How we co-parented during paternity leave

Our general rule during paternity leave was that Ben was in charge of the big kids (Adelaide and Lincoln age 3 and 4) and I was in charge of the baby. I still ended up with most of the laundry + dishes  but I delegated a fair bit of the cooking + errands to Ben. He was also, hands down, the fun parent, spearheading lots of outings and adventures.

We decided pretty early on when Westley was born that I would handle night wakings and Ben would sleep through and then wake up for the early morning shift. This works for us because, even if Ben gets up and takes care of Westley in the night, I still wake up. I was getting interrupted sleep either way so it was good to have one parent sleep through the night and wake up at 6 am with the baby while I slept in. Ben would get the big kids up and fed and I’d usually wander out of the bedroom around 8:30. I loved this system because we both felt super grateful. Ben was grateful he didn’t have to wake up in the middle of the night and I was grateful I got to sleep in each day. Starting the day feeling super grateful for your spouse is awesome.

We also realized that Lincoln and Adelaide are a lot more demanding when Dad is home. A random Wednesday morning when it’s just me and the kids home, I can get them settled into an activity, get Westley down for a nap, and spend an hour or two cleaning/organizing/showering. If Ben is home, though, they want him to play with them. If he isn’t playing with them, every few minutes there’s another request for Dad. We probably could have changed the expectation of Ben playing with them but we didn’t .. and I think they’ll remember this as a pretty special time getting to spend so much time with an otherwise very busy dad. 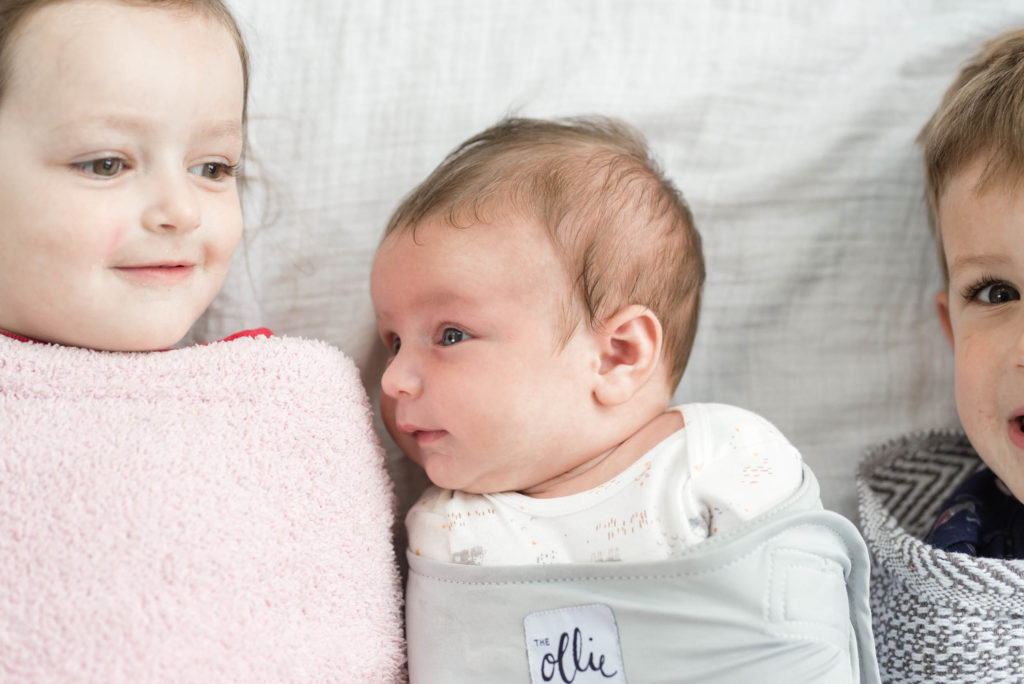 An average day on paternity leave

3:00 I hear Westley crying at some point during the early morning hours and drag myself out of bed to feed and change him. I’m up a few more times, per usual, between 4:30 and 6 am because he seems to have a hard time settling the closer it gets to morning. Usually it’s just a pacifier reinsertion but each time I hear him I hopefully look at the clock and hope it is past 6 am.

6:20 I hear Westley again and get to roll over and wake up Benjamin. I grab my phone, turn on some strong white noise, and slip it back under my pillow for a stretch of uninterrupted sleep (depending on the night, the stretch from 6-8:30/9am is likely my longest straight stretch of sleep).

Meanwhile, Ben gets Westley up, brings him out to his play mat in the living room and dozes on the couch. Adelaide wakes up sometime before 7am and knows to wander out to the living room to find Dad. They play or read stories until it’s time for breakfast.

7:30 Ben get’s Adelaide breakfast while Westley hangs out in the mamaroo. Lincoln wakes up to the noise of breakfast and wanders out, sleepy and a bit cranky. Ben pours 5 bowls of cheerios for Adelaide and Lincoln nibbles on a piece of toast. These two kids are polar opposites in the morning.

8:05 I pull myself out of bed so we can get everyone ready for school. Ben has started lunches so I work on finishing those and set out the kids clothes. We all get dressed with a lot of coaxing and I’m out the door by 8:30 with Lincoln and Adelaide while Ben puts Westley down for a nap. One things I love about paternity leave is not having to bring Westley to preschool drop-off because he is almost always ready for a nap just as we’re leaving.

9:15 I’m home from preschool and Westley is asleep. Ben and I chat over breakfast and then he leaves for the climbing gym. I get a little writing done for the blog, straighten up around the house, and read books with Westley during the morning. I heat up some leftovers (taking a break from Trader Joes burrito bowls) for lunch and try and get Westley down for another nap.

1:15 Ben is back from the gym and has picked up the kids from preschool. Westley is still napping so he misses family snuggle on our bed where I hear about the kids day at school and listen to whatever they’re excited about.

We get the kids settled for quiet time right as Westley wakes up so I ask Adelaide if she wants to “read” to Westley in her quiet time. She eagerly agrees and he’s situated on his mat on the floor of her room before I make my way back to my bed for a nap.

Bens gets in a shower and a little reading before Westley needs some help.

3:00 The kids want to know if quiet time is over so we give them the “10 more minute” spiel and I start getting things out for their afternoon snack. Lincoln gets a quiet time treat for staying in quiet time for the full hour and a half but Adelaide gets to try again tomorrow because she came out asking for things a number of times. She’s upset for a minute but gets over it quickly when she sees the slices of asian pear and crackers on the table.

4:45 I have dinner plans with a friend up the coast so I head out, leaving Ben in charge for dinner (macaroni and cheese with peas)  and bedtime. Usually we’re both home for this part of the day or I take the big kids to the gym for an evening workout while Ben stays home with Westley. If the weather is warm enough Ben might take the big kids to the park or we’ll all pack into the car to head to Lincoln’s basketball class.

9:30 I’m home from dinner and Ben and I curl up in bed for an episode or two of a show before Westley wakes up for an evening feed. I feed him, change him, and put him back to bed. We commit to sleep training next week.

Previous “Day in the life” posts: 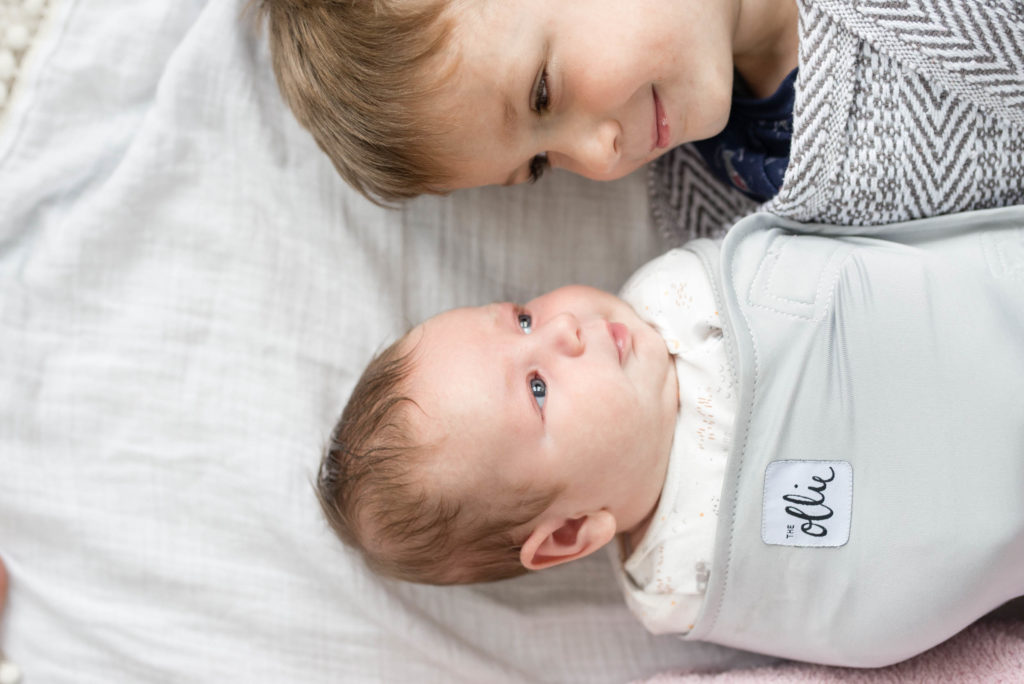