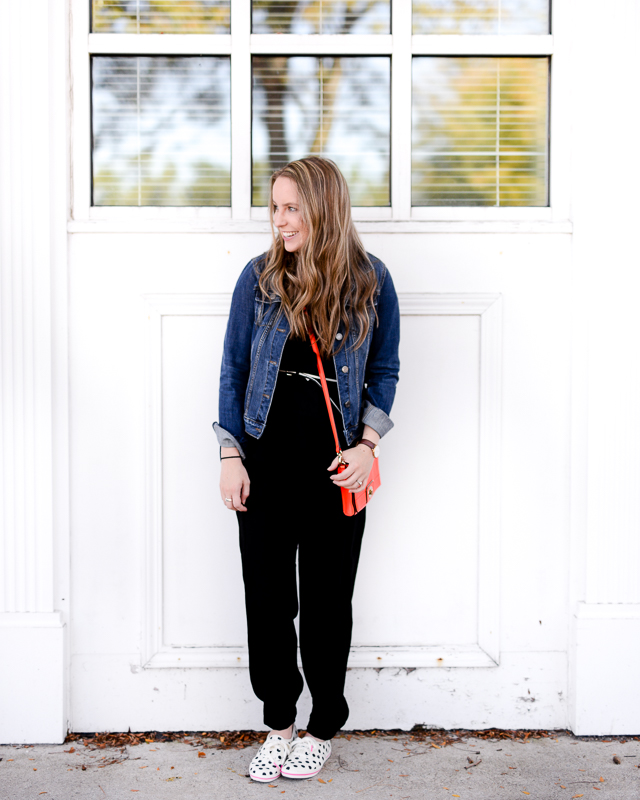 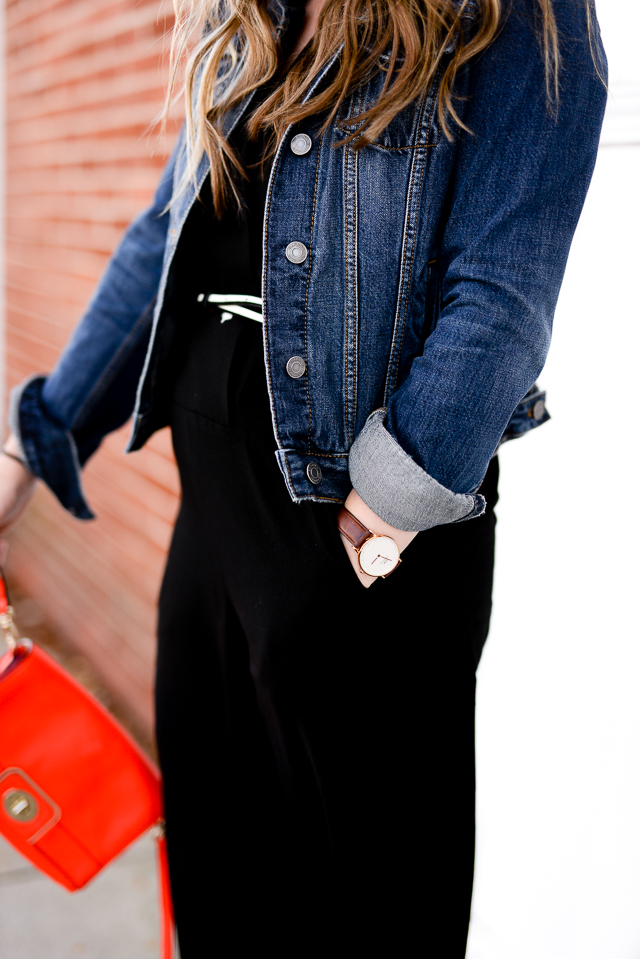 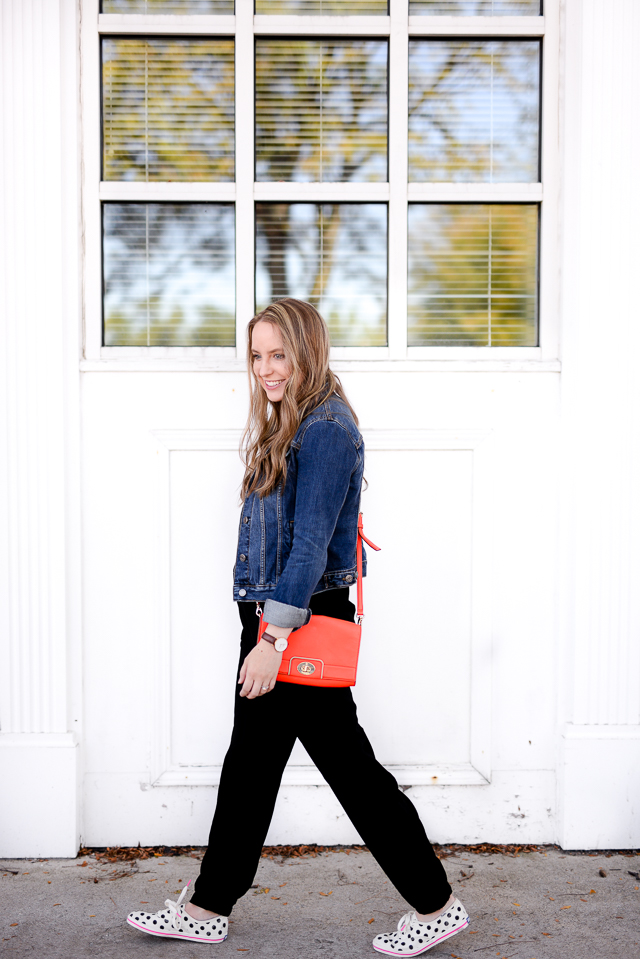 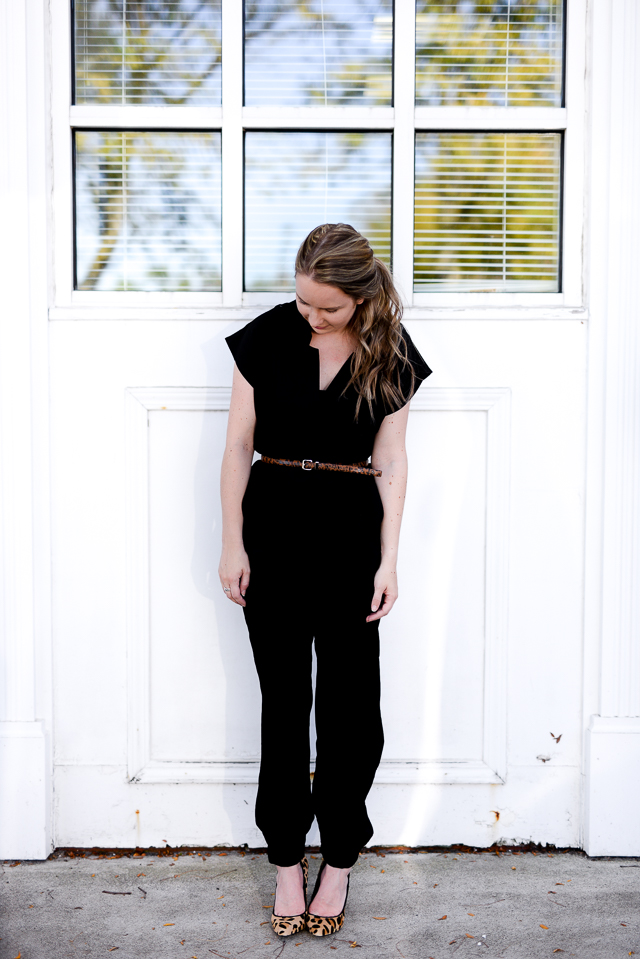 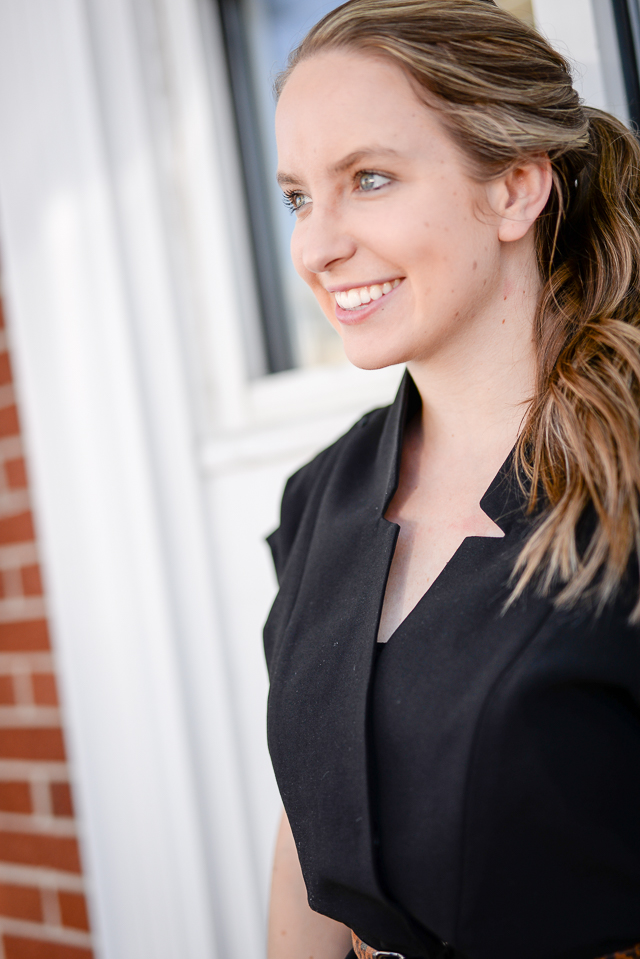 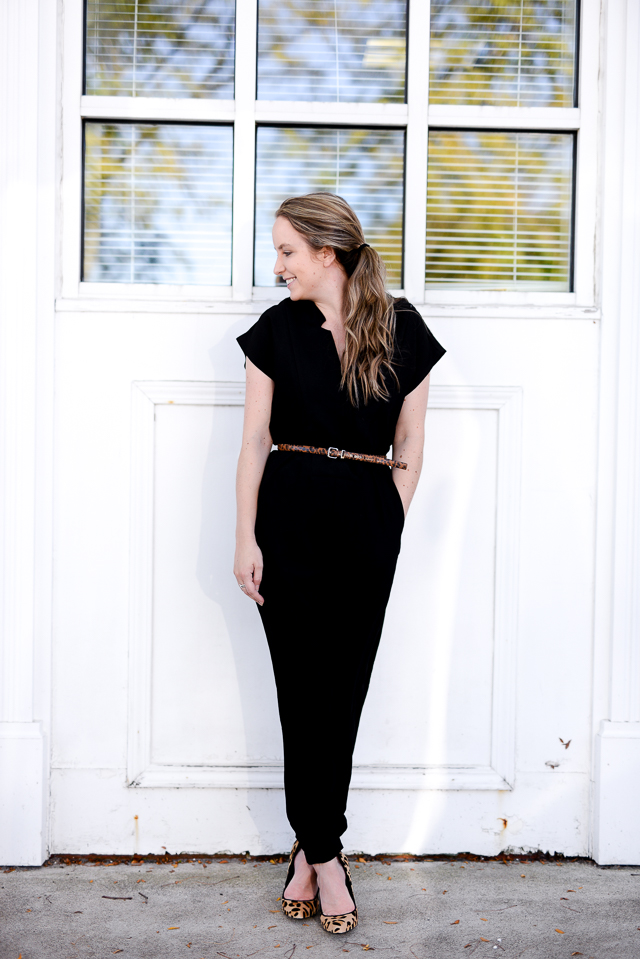 Here’s another installment of my post partum dressing series where I’m documenting getting dressed after baby. I know, I know, it’s been three months since Adelaide was born but this was shot a few weeks ago and I still feel like I’m navigating this after-baby-body.

I have been wanting to try the jumpsuit trend for months and months now. It wasn’t something I was thrilled about with a growing bump but the idea of only needing one piece of clothing for a full outfit? It’s like all the perks of a dress and all the benefits of pants, while still being versatile enough to wear a ton of different ways. Running errands? Date night? Bridal shower? Holiday party? Interview? All of the above.

I want to write more about this later, but I’ve been thinking about the words we used to describe ourselves lately. I was teaching some of the teenage girls at church last week about language and explained I was pretty sure they wouldn’t go up to a girl at school and say “That shirt makes you look fat.” or “You did HORRIBLY on that paper.” or “Your hair looks pretty bad today.” Similarly, we aren’t running into another mom at the grocery store and saying “Your skin looks terrible this morning,” or “Your kids are acting out so you must be a bad mom.” But, how often do we catch a glimpse of ourselves in the mirror, or put on something to wear in the morning, or read a negative comment on social media and think something just as bad about ourselves?

The words we use matter. We all know that when it comes to talking about others, but I’ve noticed (and read studies) that it also REALLY matters when we’re talking about ourselves. So here’s to being more intentional about how we think about ourselves, and being gentle and positive and kind.

Post Partum Tip: I had friends that swear by wraps after babies and with Lincoln I didn’t use one at all. This time around though, I got a belly support band for my last month of pregnancy loved it so much I decided to order a similar one for post partum support as well. IT IS AWESOME. I think they do a great job engaging your core and helping your organs go back where they belong 😉 The wrap also does a great job sucking in the baby pooch (and I think it’s helped with bringing my abdonimals a bit closer together :/) and while I certainly didn’t wear it everyday, when I slipped into this jumpsuit I also put on the wrap. After reading a lot of reviews online I went with this cheaper option and was super pleased with it (not having tried the pricier ones, I can’t tell you if they’re that much better, but this one worked great).

P.S. My friends over at Loyal Hana sent over this jumpsuit and my favorite post partum top you’ve seen like 89302 times on instagram this month. All of their clothes is nursing friendly and really flattering for post partum bodies (I’m embracing the latter because the nursing ship sailed months ago over here). 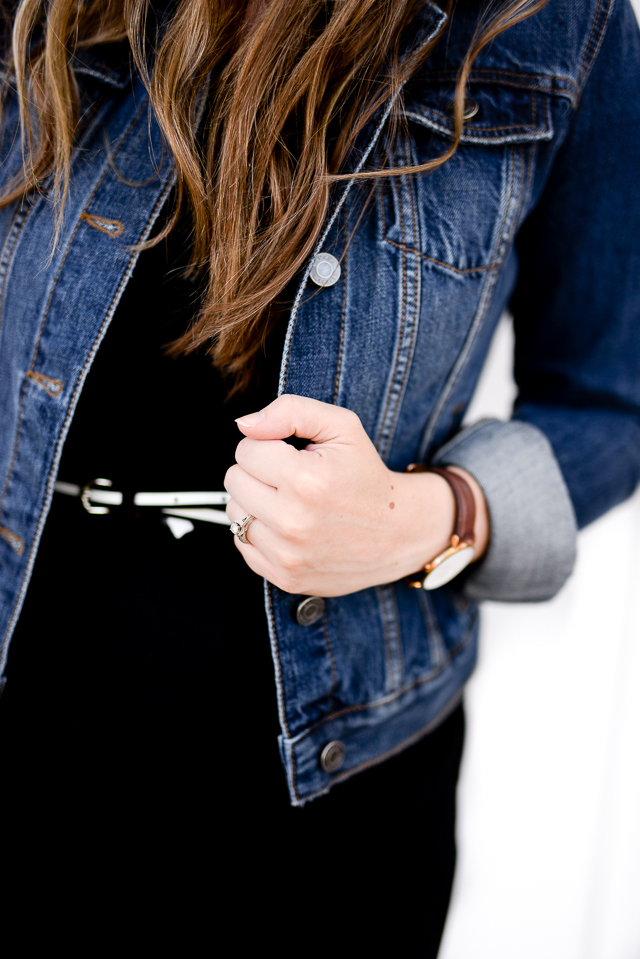