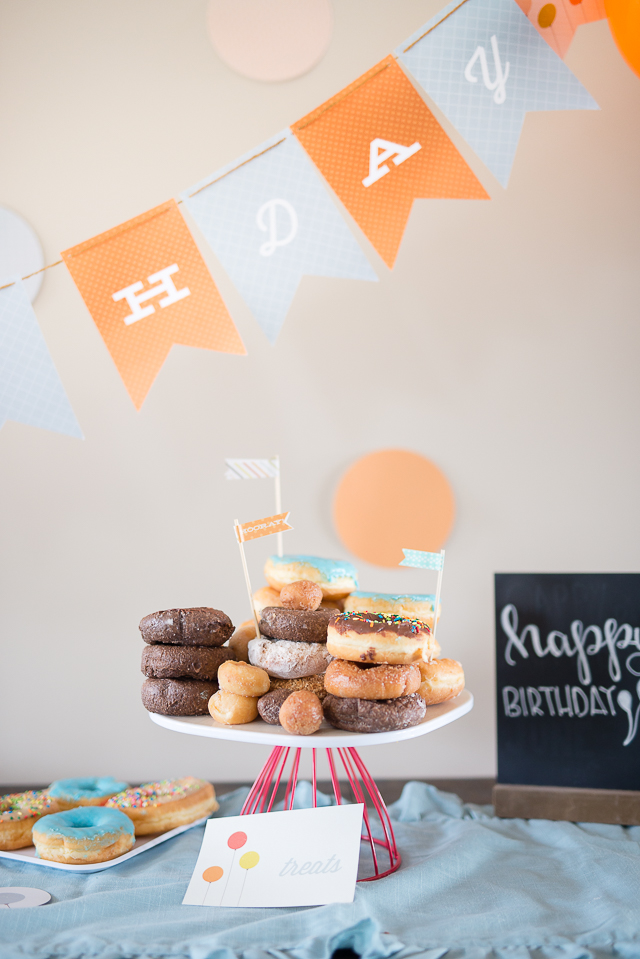 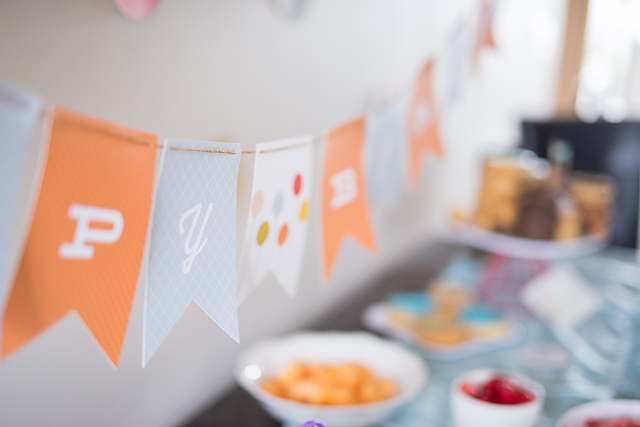 Lincoln turned two almost two months ago. And on his birthday we had waffles for breakfast with homemade whipped cream, per his request. And then we hauled him and Adelaide to our eye doctor appointments and caved to his request at the toy store afterwards. I think we got chick fil-a for dinner and ate in in the car on our way home, but that might have been the week before. At this point I can’t quite remember.

But, for his first birthday we did even less. And I was determined we do a little something, mostly so that when he’s ten I can show him that we did, indeed, celebrate his birthday growing up.

I kept putting it off because I was concerned about having enough space in our little house, because I was worried about guests expecting children activities, and because I couldn’t decide on a theme. But, in keeping with my working mantra for 2017, “Done is better than perfect,” I just went with it.

I invited over a few of Lincoln’s favorite people, specified it was a birthday brunch, and promptly forgot about it until two days before.

So, less than 10 hours after Ben got in after a week of work in D.C., we hosted a super simple little birthday brunch that has me itching to entertain a bit more often and worry about things a little bit less. 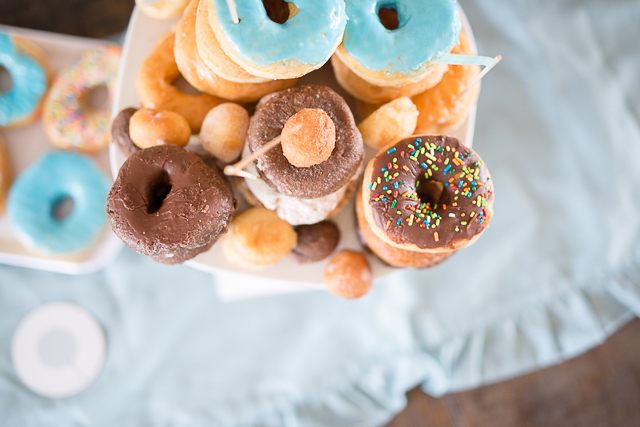 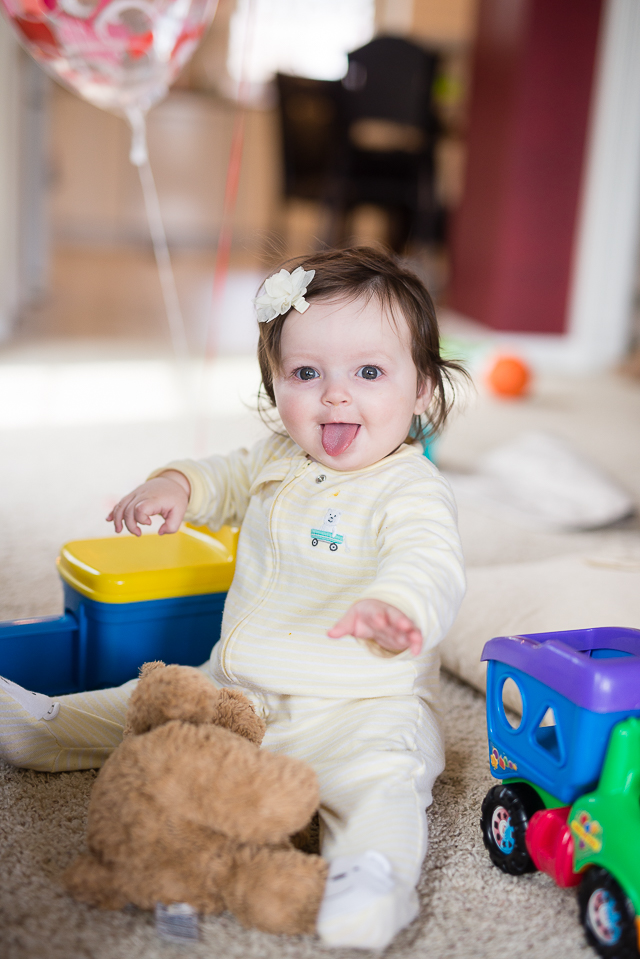 ^Adelaide slept the first half of the party and sported pajamas for the rest of it. 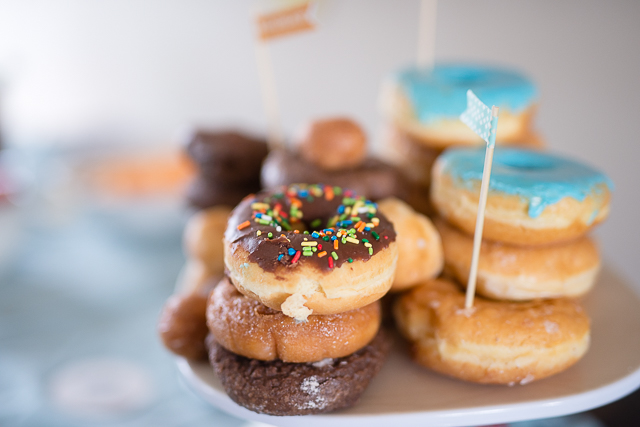 ^A few little toothpicks with sticker banners on them made the donut plate look a little more intentional. 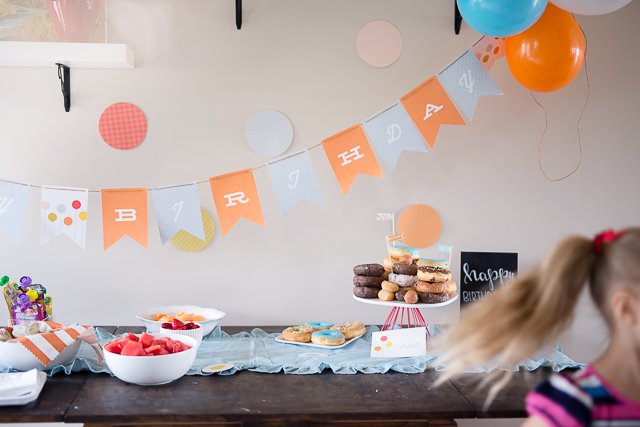 ^We had this banner + party decor left over from Ben’s 25th birthday (see the old post here) thanks to Minted.com and I was thrilled that our table runner from Easter last year (see the post here) matched so well. 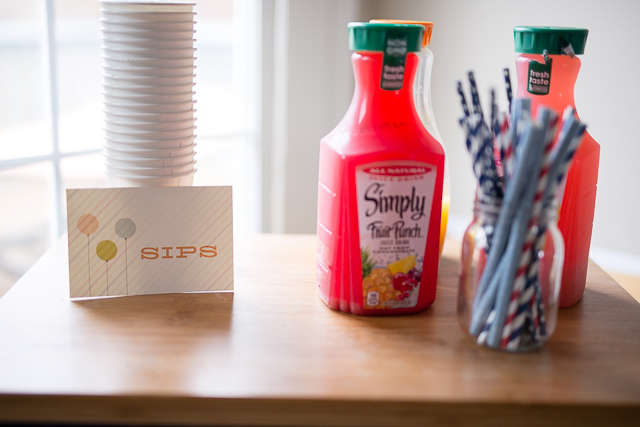 ^I recommended the fruit punch mixed one to one with orange juice (it’s also good with cranberry juice) and cute straws make everything more festive. 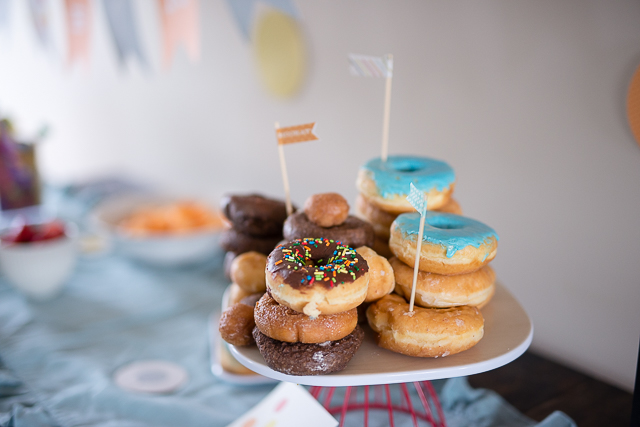 And there you have it, the simplest little brunch. We ended up moving the buffet to the counter and letting the kids eat at the table while the adults stood or ate on the couch in the living room. Most of the time the kids played in the bedrooms and we just got to visit but we did sing Happy Birthday to Lincoln at the beginning of the morning and let him blow out a candle on his doughnut. He thought they were bagels and the look on his face when he tried one for the first time was priceless. He declared “this good!” and asked for more with half a doughnut still left on his tray:)

First clothing purchase of 2017
Next Post: give me all the velvet »