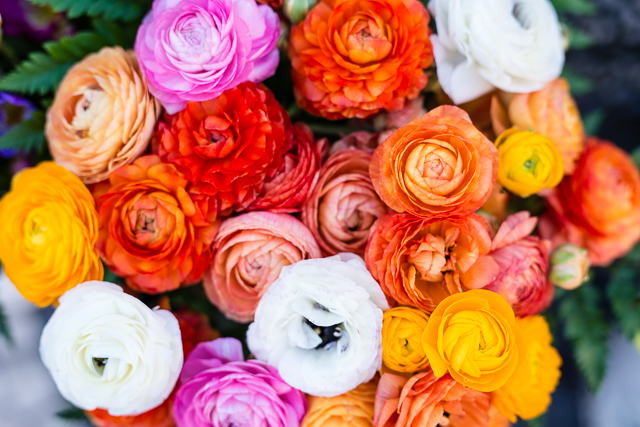 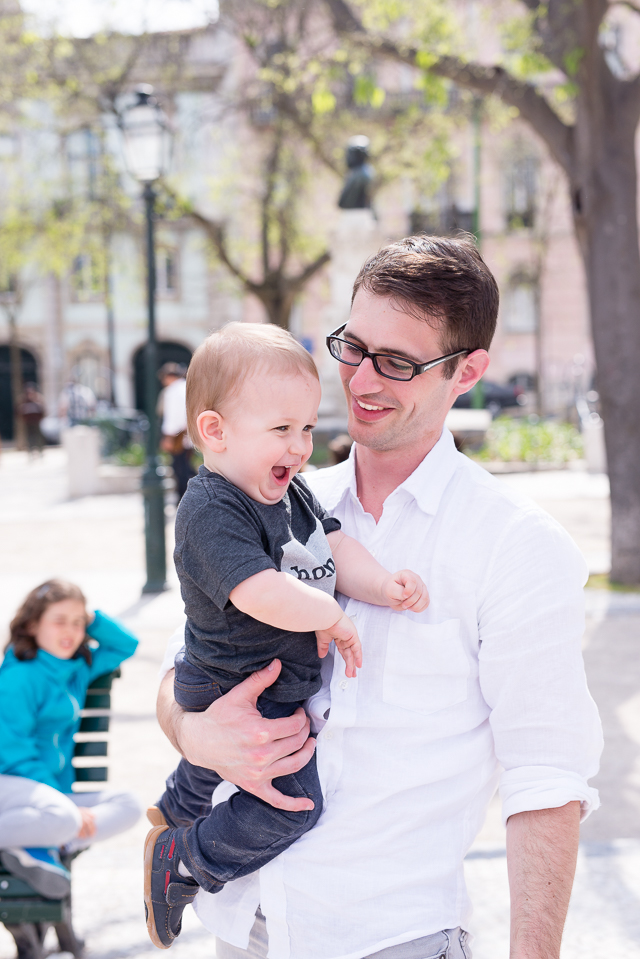 Lisbon is a city that was never on my bucket list. Paris I dreamed of as a little girl. I can’t wait for the day we go to Prague. But Lisbon? It wasn’t even on my radar.

And then we were planning this trip. We knew we would be spending a week on the Balleric Islands off of Spain and that we wanted to spend 3-4 days in another European city in addition to the time we’d be spending in England. We looked at so many options but after a bit of research and chatting with my cousin (who has been living there for a few months), Lisbon seemed like a great choice.

Here’s a little bit of our first two days in the city:

We flew out of Mallorca early Sunday morning and made it to Lisbon around noon. We took a taxi (which are very reasonable in Lisbon) from the airport to my cousin’s apartment in Baixa. After a bit of catching up and a light lunch, we walked (more liked hiked) around the city for a bit – 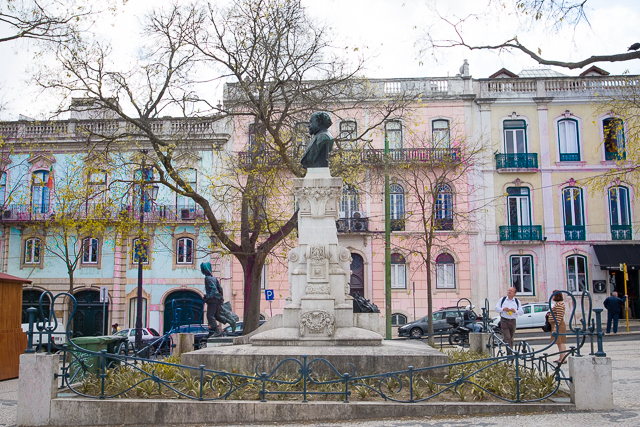 ^The pastel colors on all the buildings were so surprising to me! Everything was so picturesque and I had to stop myself from snapping pictures of every single street.

^We walked straight up a steep hill (the whole city is incredibly hilly) to get to this beautiful lookout. 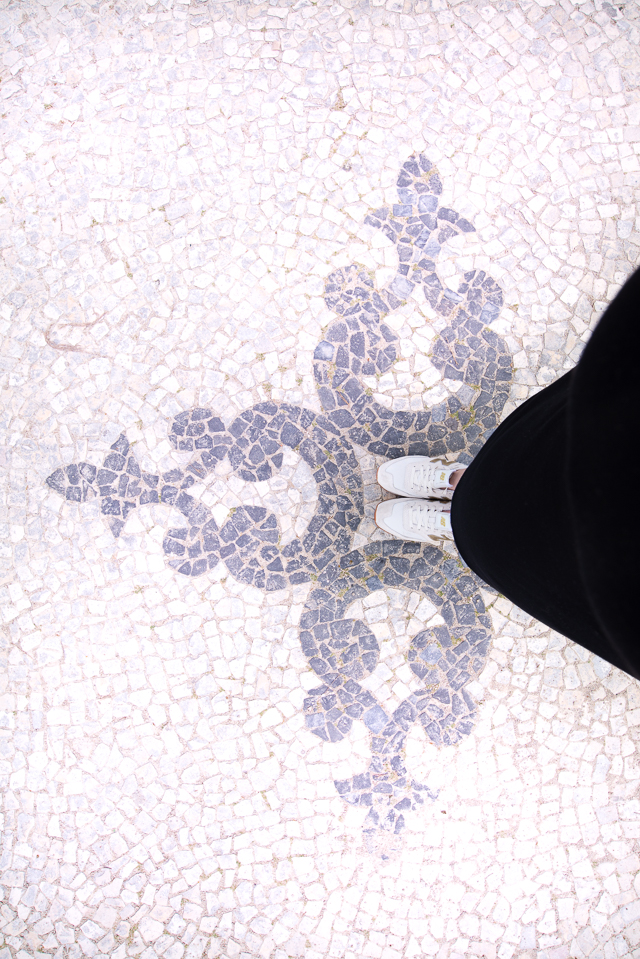 ^Sneakers are a must – I lived in these for most of our time in Portugal. 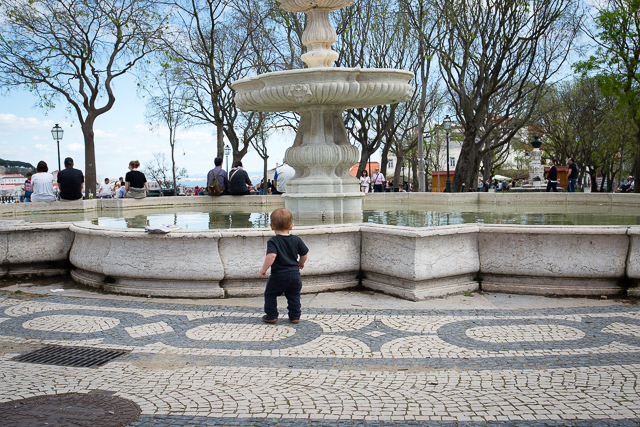 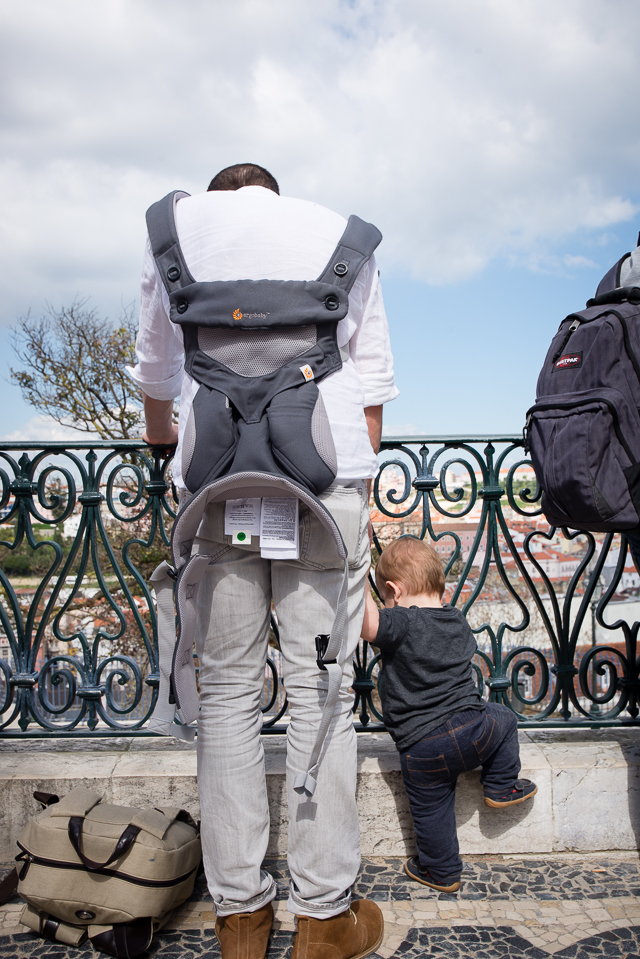 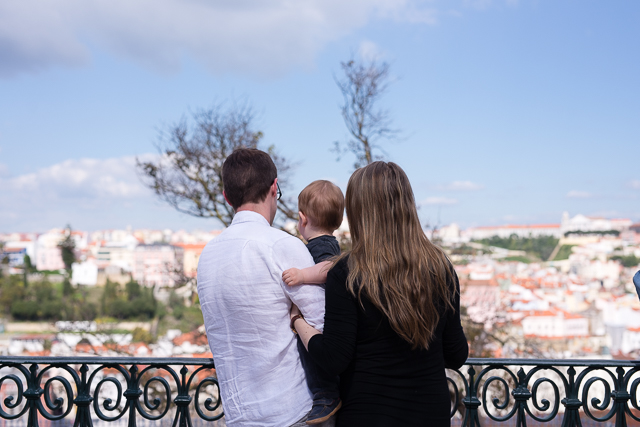 ^travel day = air dried airplane hair – but who cares when you have this kind of a view? 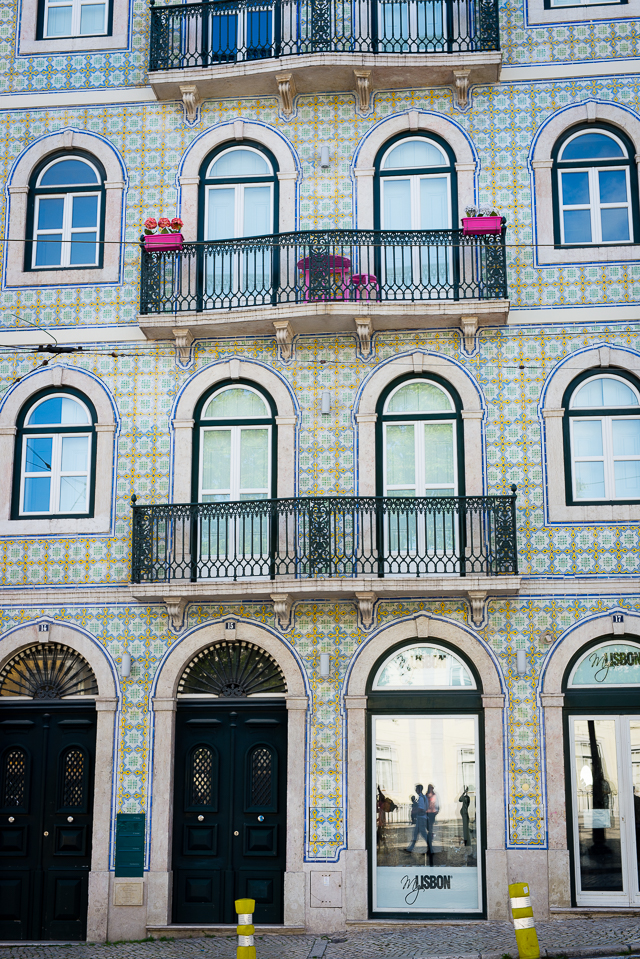 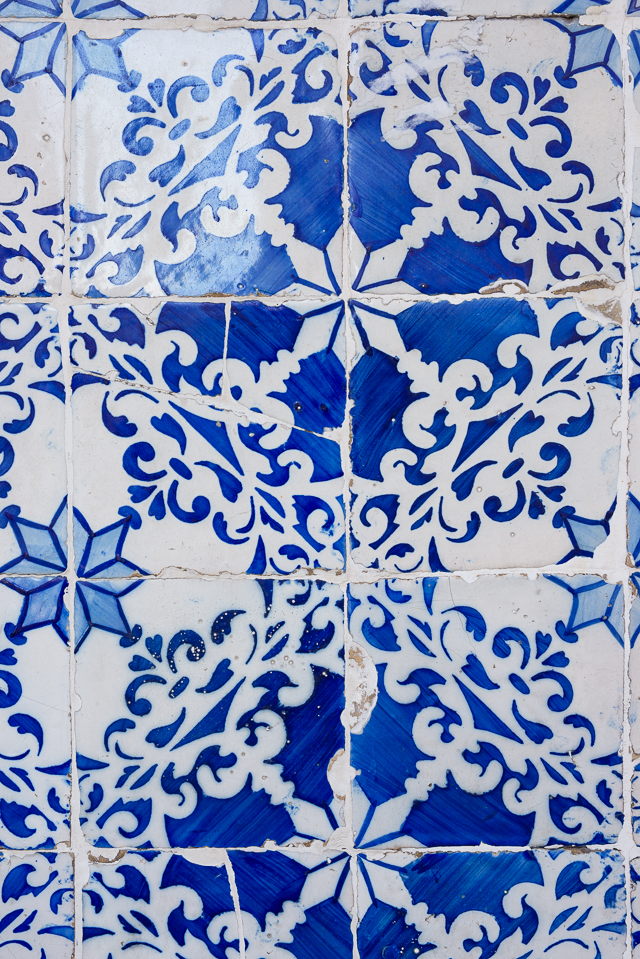 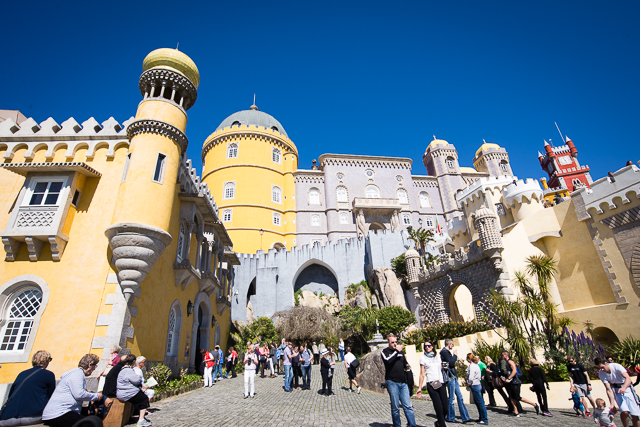 ^Monday morning we got up and took the train to Sintra, about half an hour outside of Lisbon and a World Heritage site. This is Pene Castle, the summer palace for the Portugese royal family and basically something out of a fairy tale. 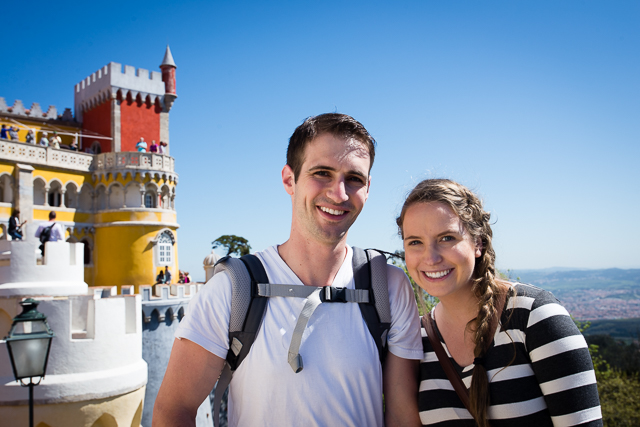 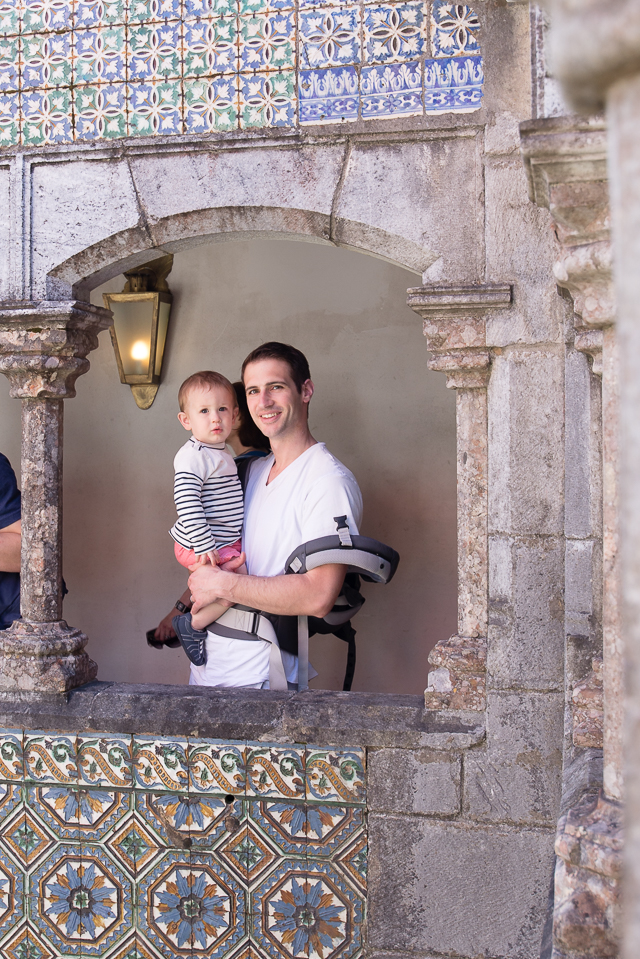 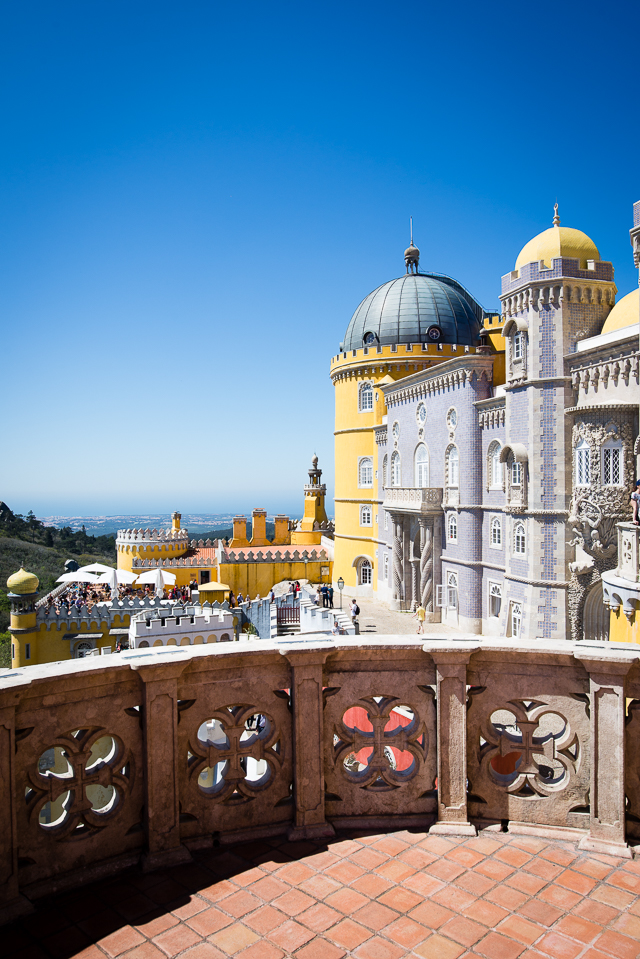 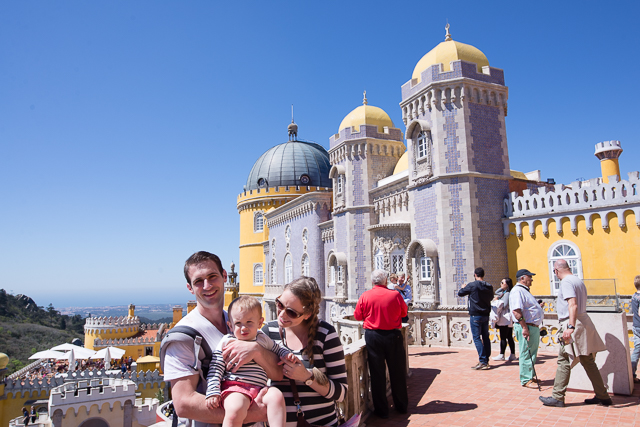 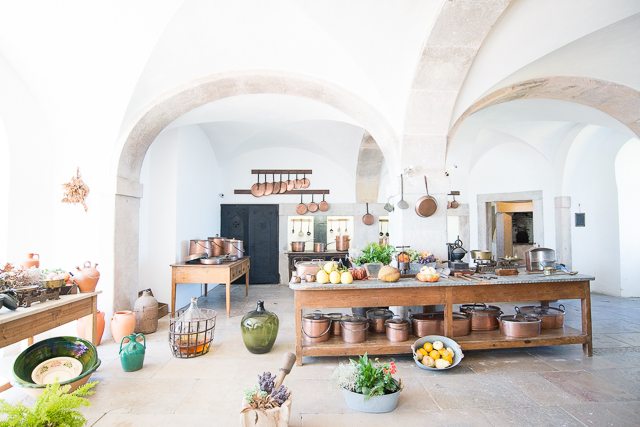 ^I’ll take this kitchen, please and thank you 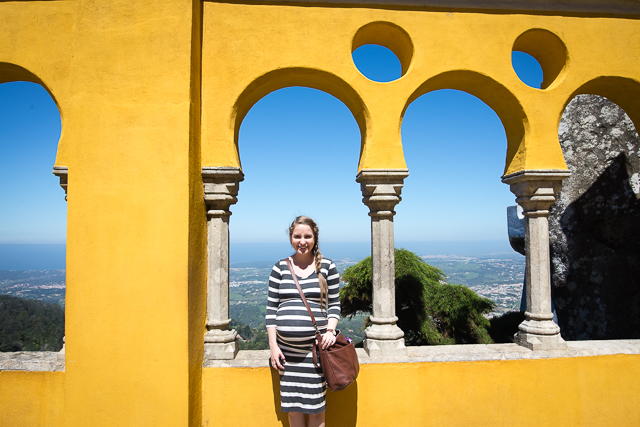 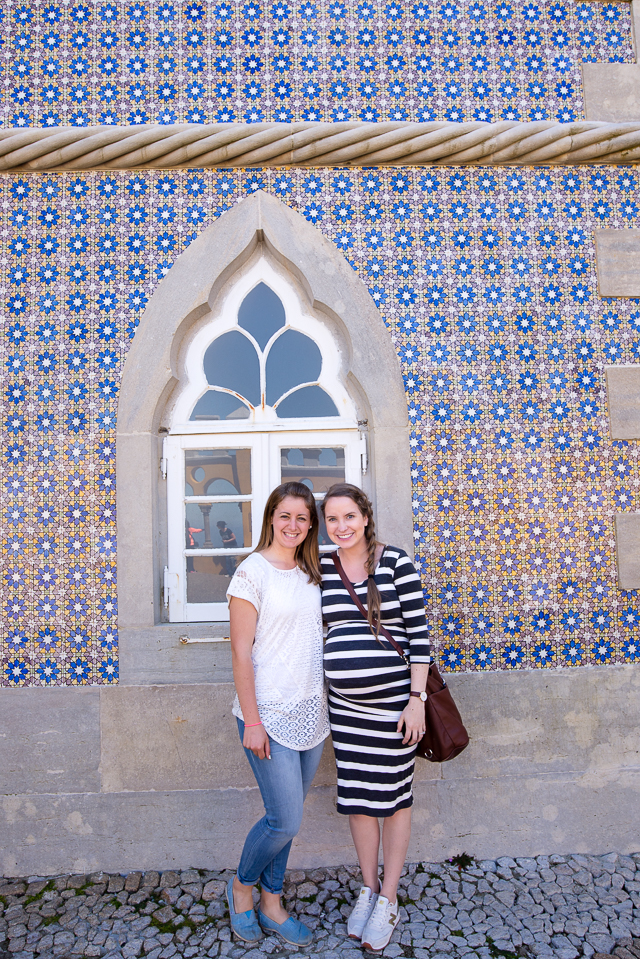 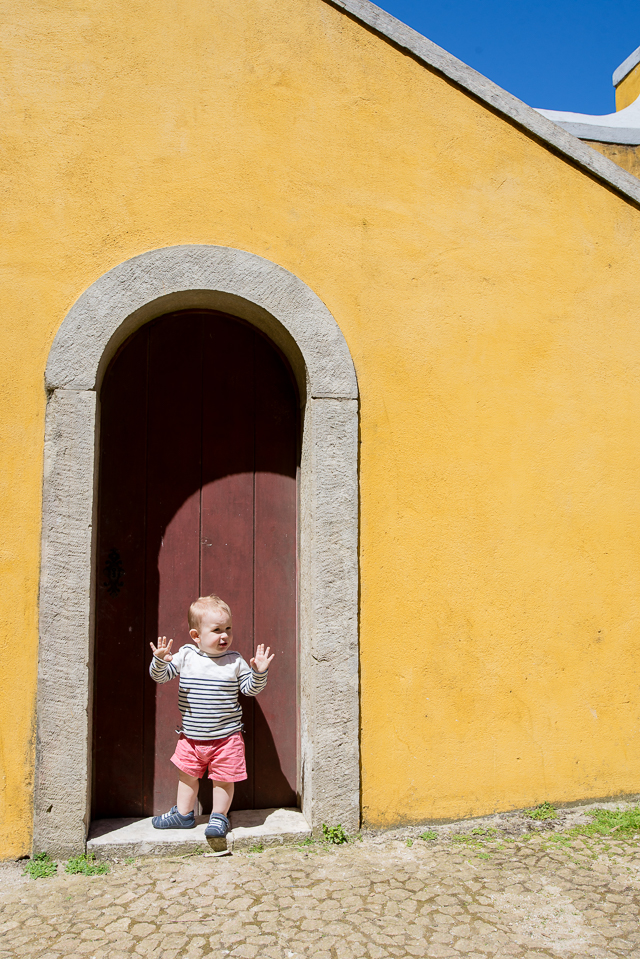 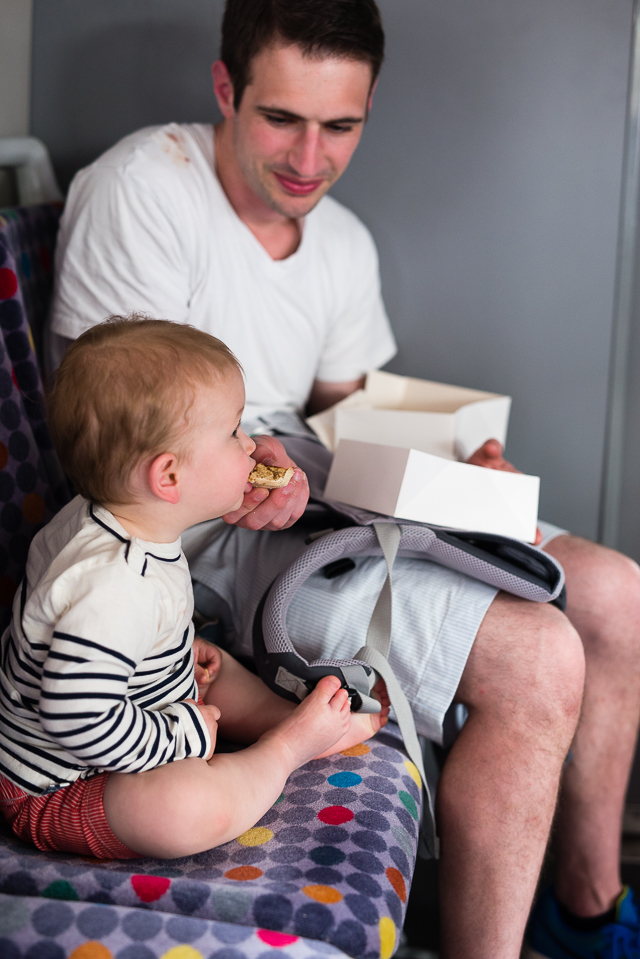 ^After a morning at the castle we grabbed some pastries for the train ride home and I have never seen Lincoln SO obsessed with a food item. 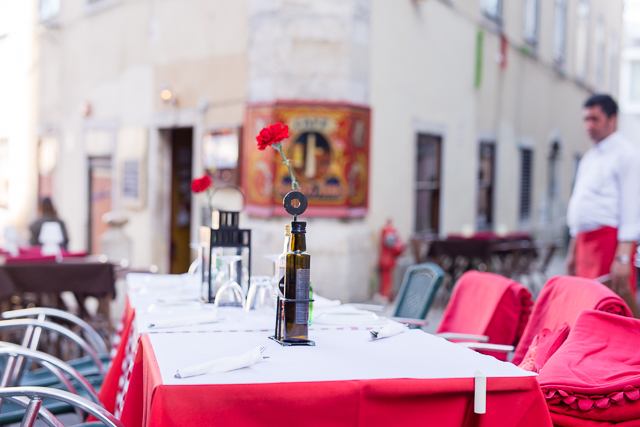 ^Later that night we met up with my cousin and her husband for dinner. It happened to be Portugal’s independence day so there were red carnations everywhere and people celebrating the end of fascism. 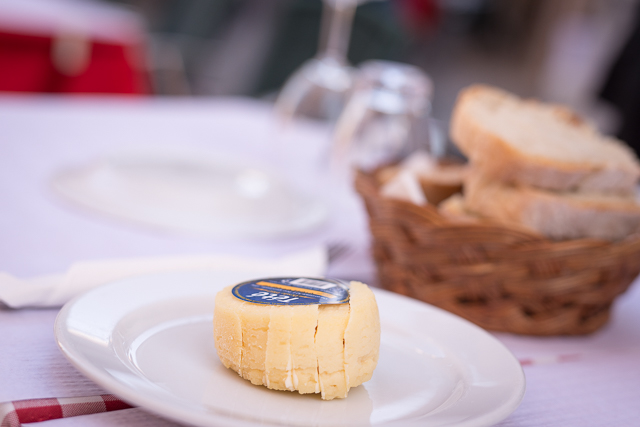 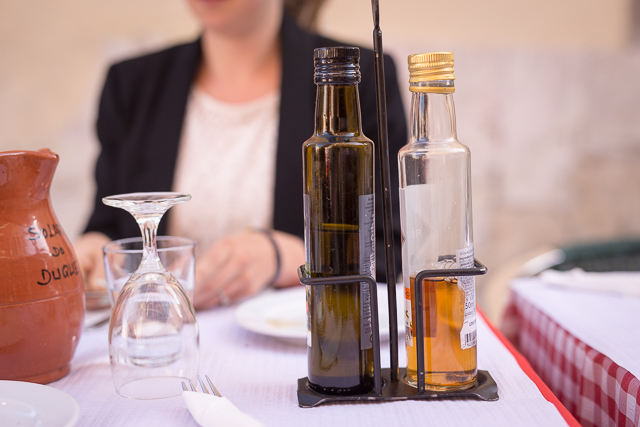 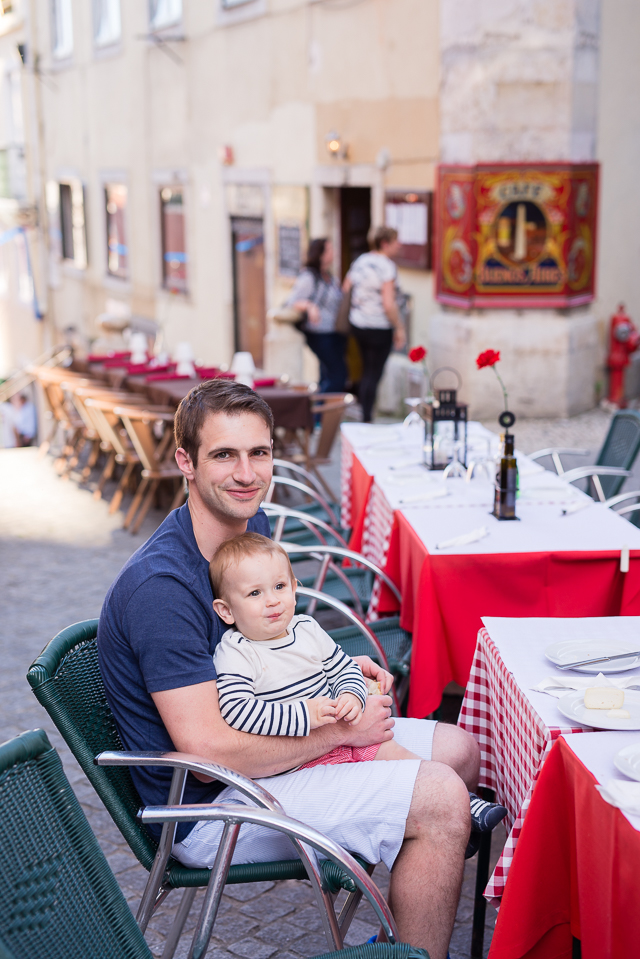 ^The tables were set up in the middle of this pedestrian street, with a beautiful view overlooking the city. 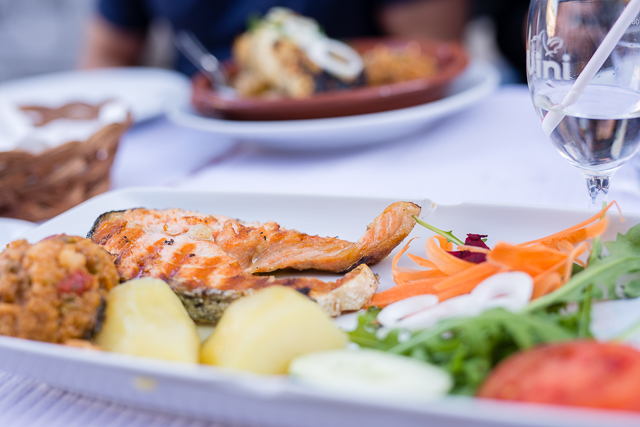 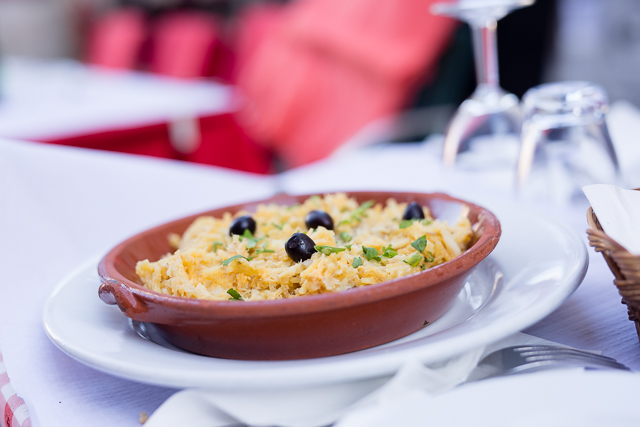 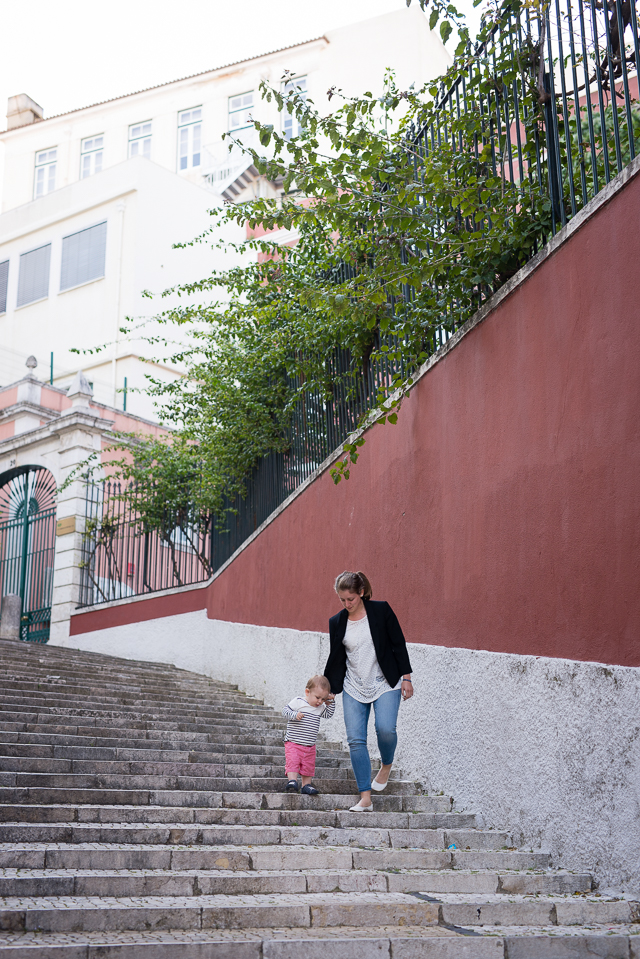 A few more memories of the day:

Phew, if you made it through all of that, here’s a flower for you (from a street stand in Baixa): 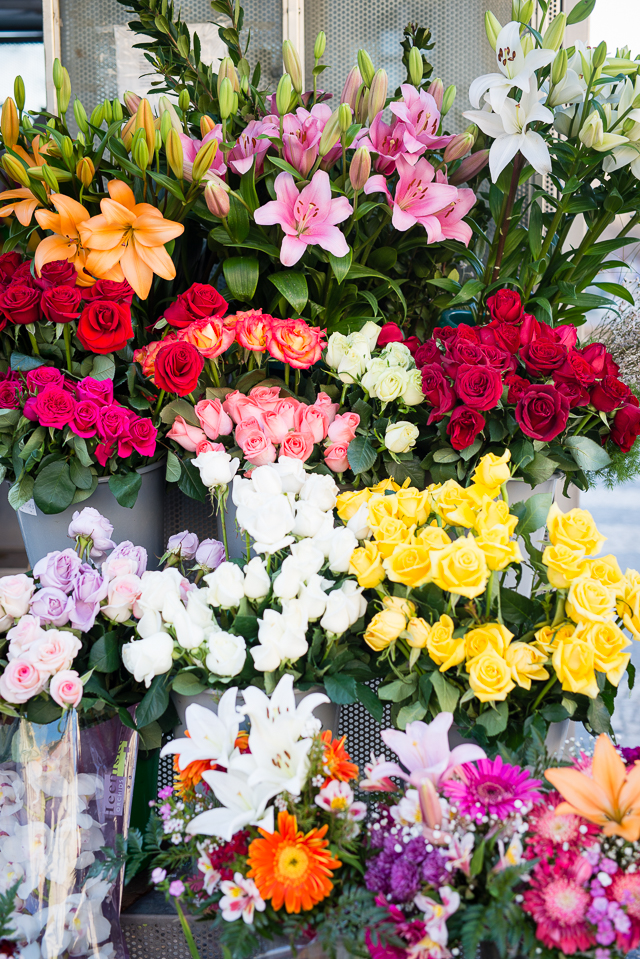