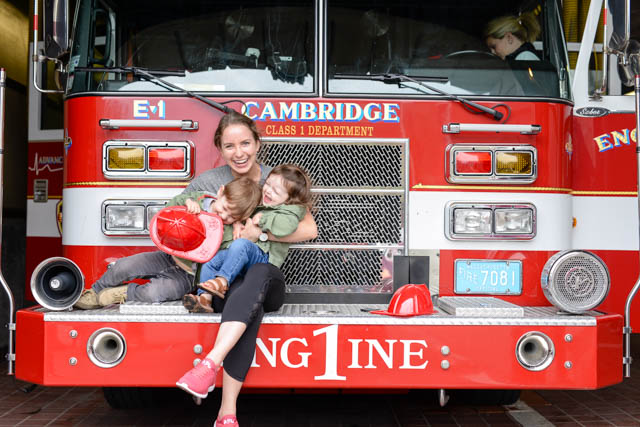 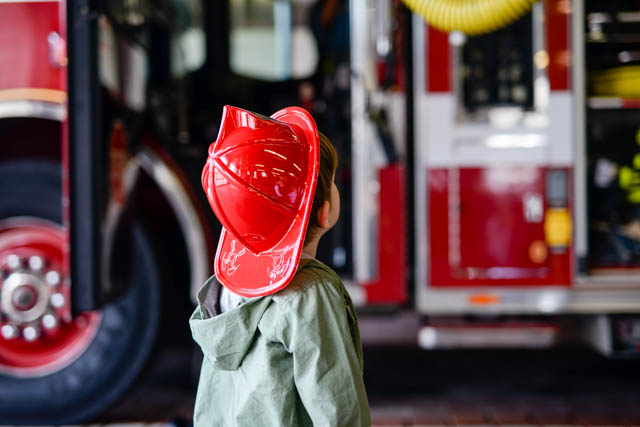 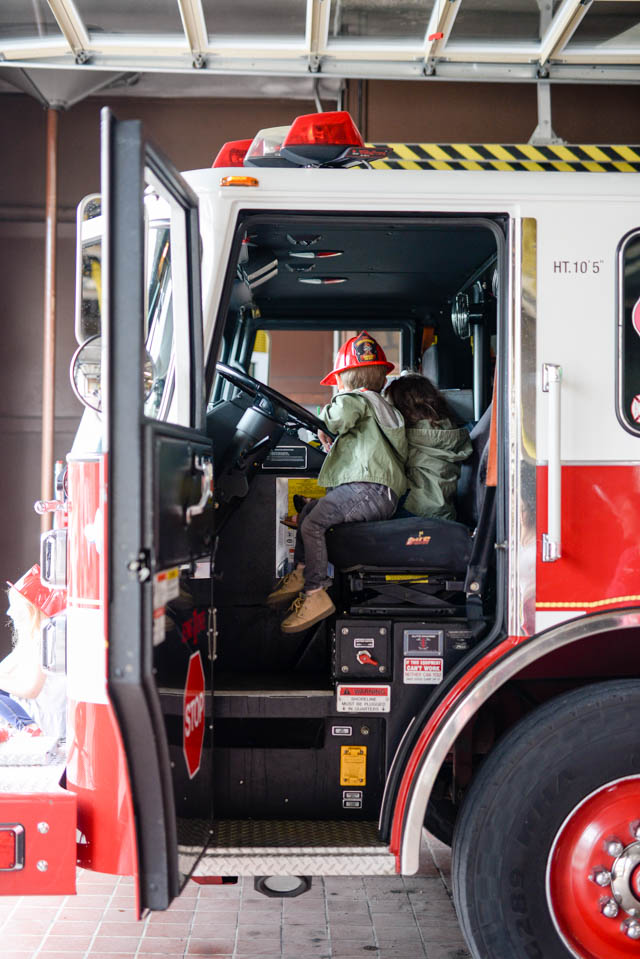 The other month I was running to the grocery store up in New Hampshire with the kids in the back seat when I spotted a fire engine driving past. It’s sirens were off and I pointed it out to Lincoln who was strapped into his carseat directly behind me.

Following instructions quickly is still something we’re working on so by the time Lincoln looked out the window, the fire truck had sped on past and there was a small red car next to ours instead.

We’ve relived this a few times since then and every time I start the story he interrupts and finishes it, “It was NOT a fire truck. It was a car. Silly mom, fire trucks are BIG! They have ladders!”

So, to prove, despite his lack of confidence, that I do actually know what a fire truck looks like, we joined some friends at the end of the semester for a tour of the Cambridge Fire Station. It is just a fifteen minute walk from campus (although I got lost coming home and it turned into a solid 1:05 minute walk).

Lincoln and Adelaide both loved getting to sit up in the fire engine and steer the wheel but they were both a little too shy to talk to the kind fireman.

The fireman mentioned that whenever the doors were open we were welcome to come in and say hi, and as long as they didn’t get pulled away on a call, they’d be happy to show the kids the fire trucks.

Tip: Did you know most fire stations will let you schedule a visit for free? And most of them have a similar stop-in policy. Just google your local fire station and see what it says on their website

Here are a few more pictures from our morning! 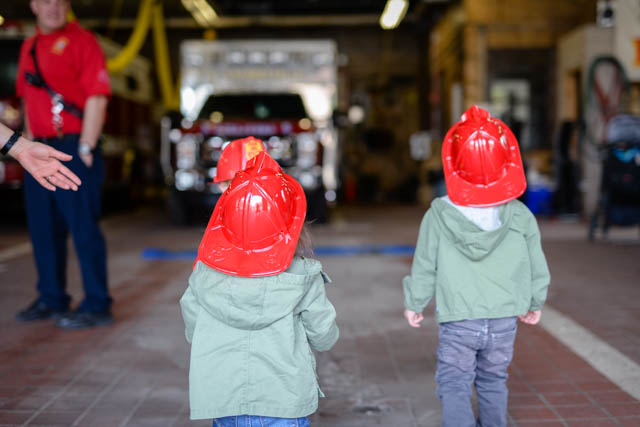 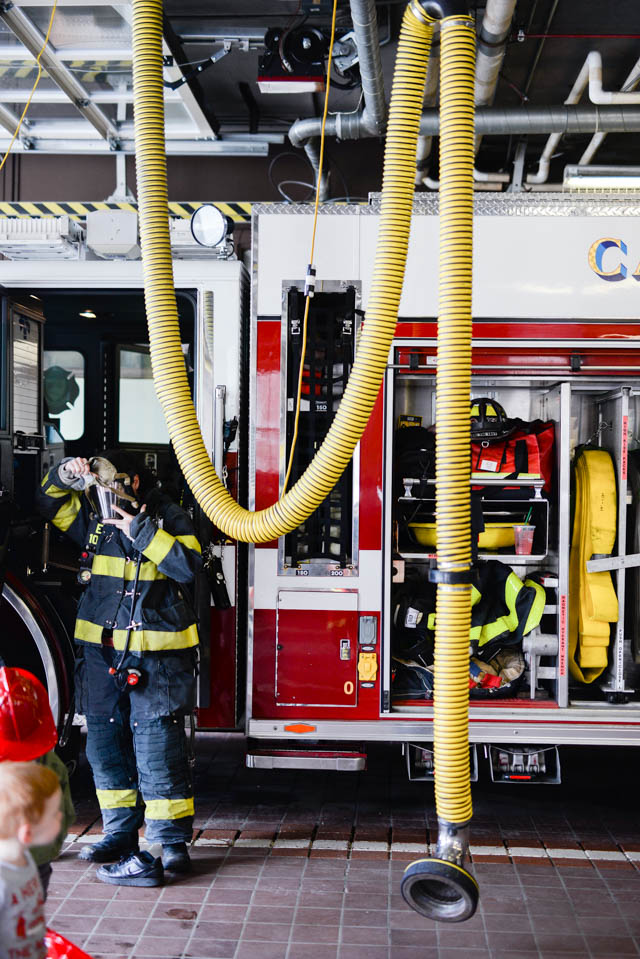 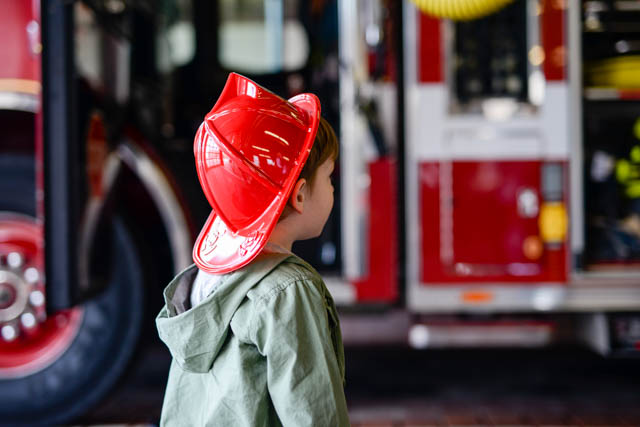 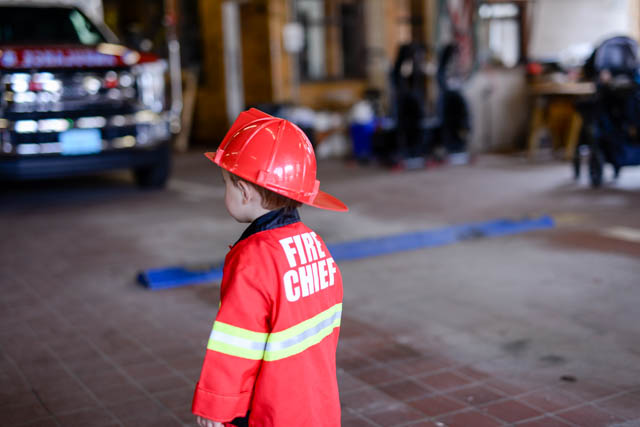 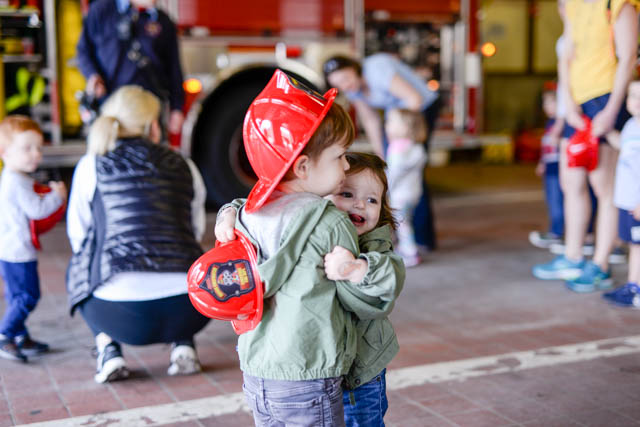 ^the sweetest siblings there ever were <3 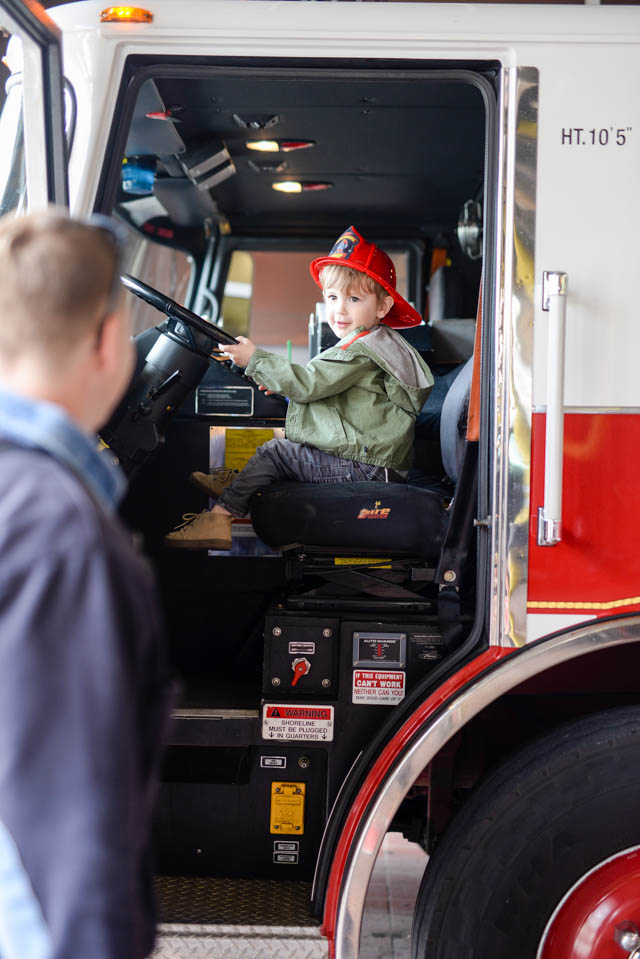 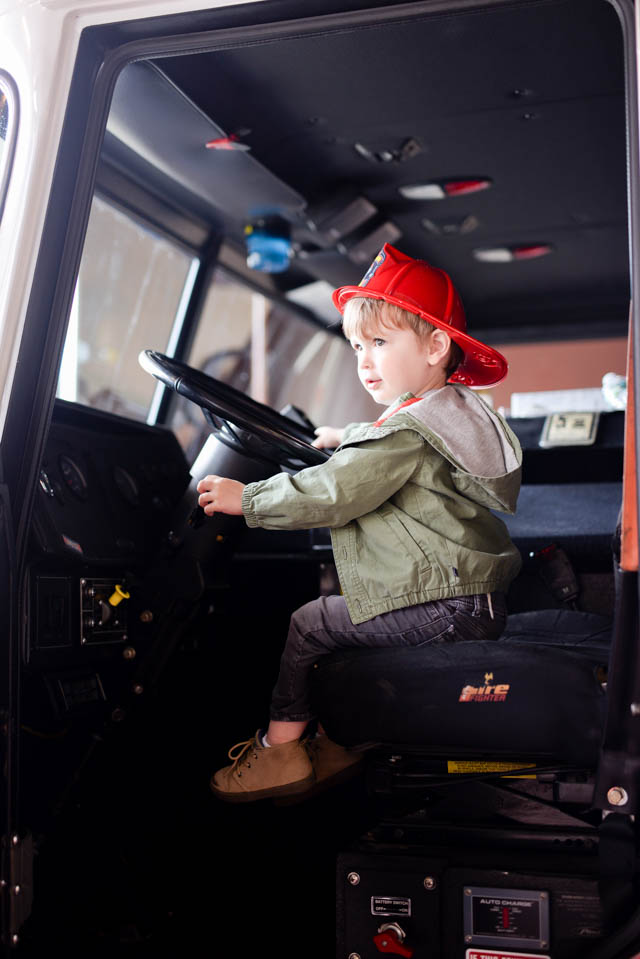 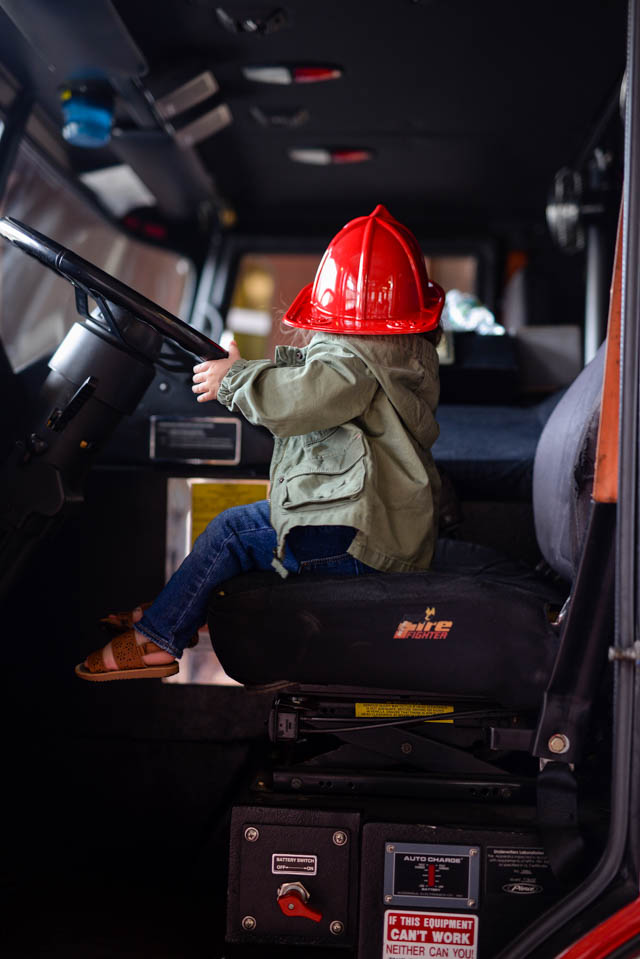 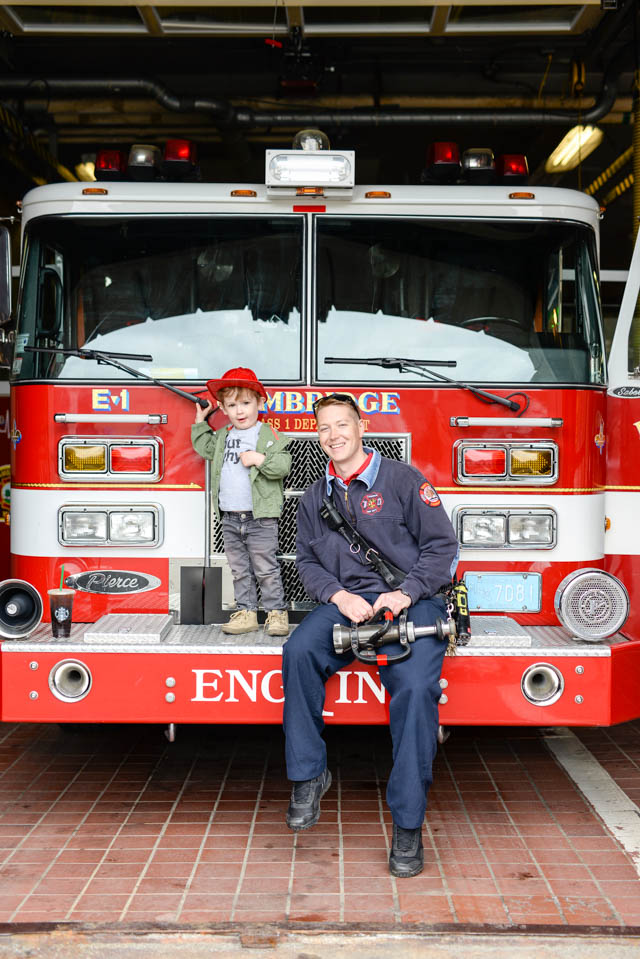 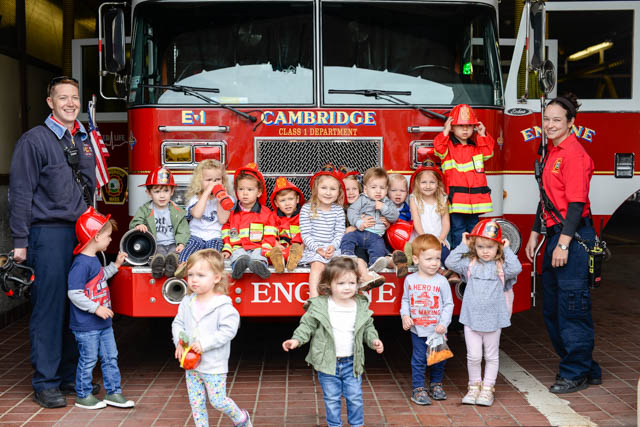 ^the group – so many of these friends are gone for the summer and we miss them here in Boston already! 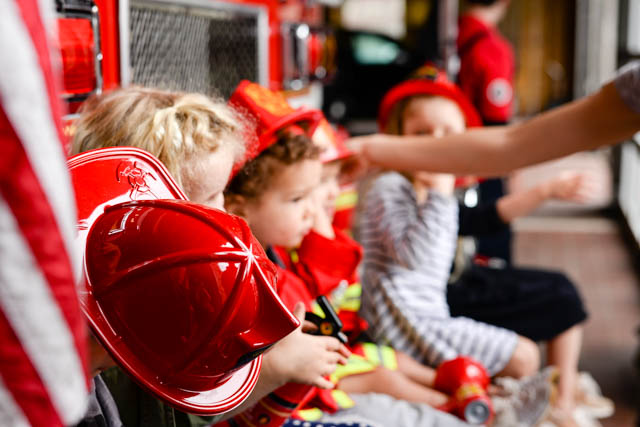 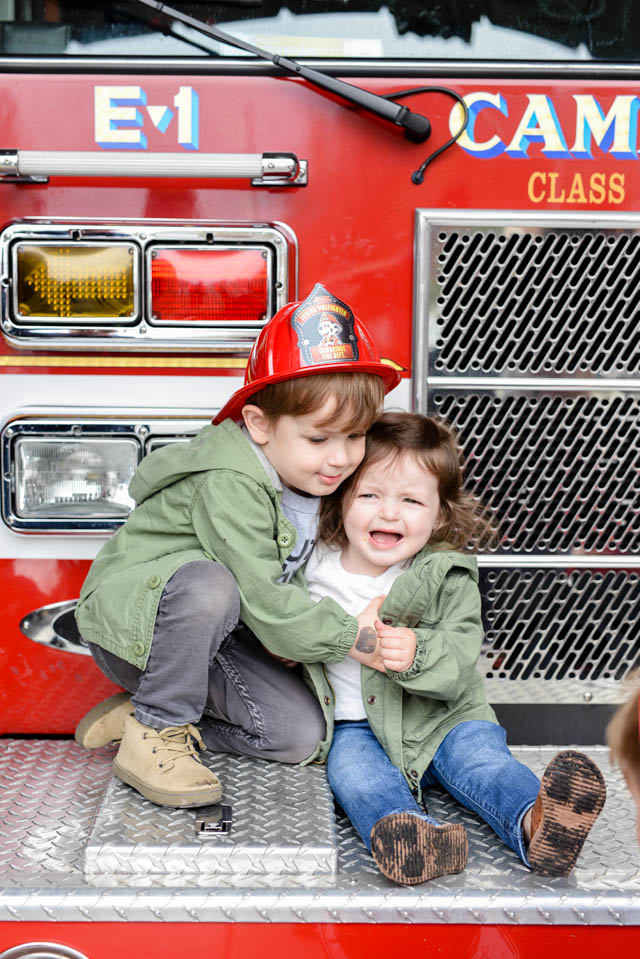 ^too much love? I think she was actually scared of the fireman and Lincoln was trying to comfort her 🙂