We hit twenty weeks of life with this little guy on Monday – and celebrated by taking a few pictures and filming a little bit of this sweet babe. Here are a few things I want to remember about life with Lincoln these days – This is a long one so if you’re not really into the big life-altering things Linc’s been doing lately like rolling over, just scroll to the bottom for a quick fun video I put together!

The Logistics: At his four month appointment Lincoln was almost 18 pounds, still in the 95th percentile for weight and keeping up in the 75th for height and head size. He’s wearing 6-12 month clothes (although a few 3-6 months still fit). 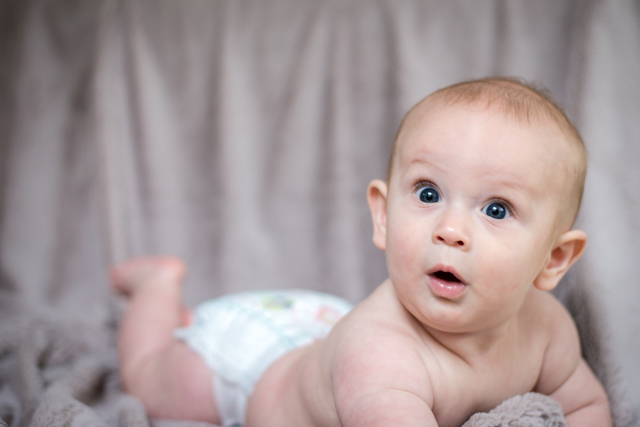 Expressions: He’s still often our wide-eyed, serious baby, especially when out in public taking in new things. But, he’s become increasingly vocal and loves to talk, giggle, and smile. This alone accounts for at least half of my happiness these days and it is a whole lot of happy. Just recently he’s started to really differentiate his noises, his distressed sounds especially. Most of the time when we put him down he’ll let out a very high pitched whine and look at us, as if to see if we’ll respond. Once he’s down he’s fine, its just the initial putting down that he’s not a fan of. 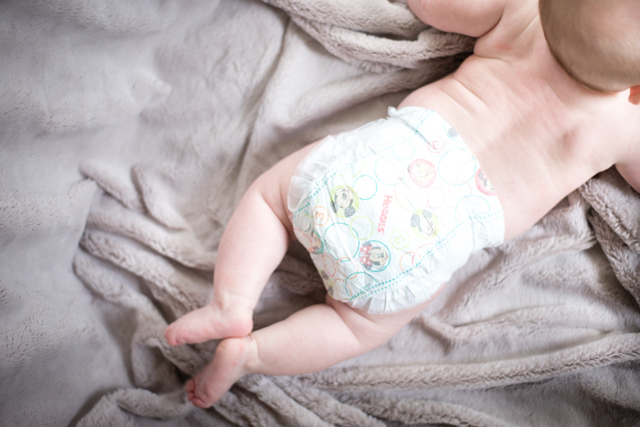 Eating: He consistently eats 34-38 ounces a day and we’re excited to start solid foods next month. He takes anywhere from 4-8 ounces at a time and I’m sure he’d take more sometimes if we gave it to him. I’m calling it finito with this pumping business and grateful that Linc doesn’t show any preference for breastmilk or formula. When we finally put that pump away Ben and I are having a little celebration. I’ve spent 300+ hours over the past four months pumping milk for this little guy and, while its a little sad to be practically done, I am eager to have a couple hours each day back.

Its also worth noting that he’s started recognizing his bottle. When it comes toward his face he opens his mouth in anticipation (my pre-mom self just read that statement and didn’t find it impressive, but this is such a big step in cognitive development from when he was first born and only did things on reflex). I love watching him learn little things and become more aware of his surroundings. 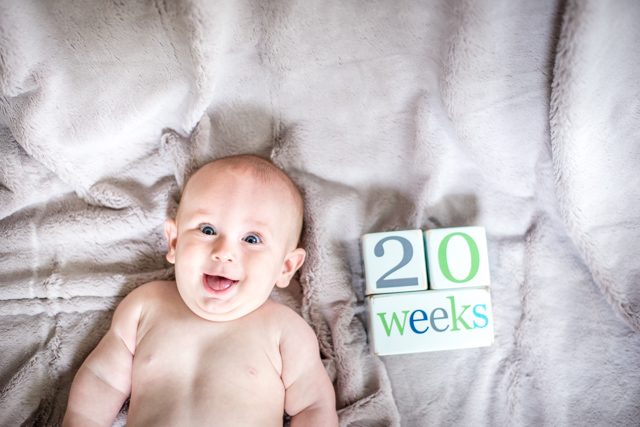 Sleeping: The four month sleep regression is real, people. At two months I talked about my amazing sleeper who was doing 11-13 hours a night without waking up, but between a cold at three months, traveling, and a new level of alertness, he was back to a couple wakeups/feeds. With a little bit of sleep training we have him back to sleeping from 6:30 till 7 or 8 in the morning with one 5 am feed and possibly some fussing around 3 am. We’re getting there 🙂

Our sleep routine usually involves a fun bath, which Linc is back to loving, followed by a bottle in his dimmed room with some white noise (calming ocean waves…we’re starting the beach obsession young). He’s still sleeping on his stomach and goes down somewhere between fully awake and drowsy. He’ll often talk to himself in his crib for up to fifteen minutes after we put him down but we’ve moved passed night time tears.

Naps are another story entirely. This past week we made some very big progress and I’m working hard at feeding him when he wakes up and not when we put him down (but it is a lot easier to get him down without fussing if he has a bottle first). For the last few days we do a mini bed routine, which is just turning on the white noise and closing the curtains, before laying him in his crib. Sometimes he’ll fuss (or yesterday he screamed), but never longer than five minutes and puts himself to sleep. Now if these naps would just last longer than fifty minutes…

Movement: ^^^^Look at that upper body strength! Lincoln has great neck control and really likes tummy time these days. He tries to move toward toys but no crawling quite yet. He also loves to be supported sitting up and is getting quite close to sitting on his own. He can roll over from his stomach to his back but has only done it 7 or 8 times. He’s started to have a real interest in toys and he puts EVERYTHING into his mouth (including whatever item of clothing I’m wearing…baby’s drool is my new accessory). We’ve been working on reaching for things and once he gets those chubby fingers around anything it goes straight to his mouth. If the item doesn’t move, his mouth moves straight toward it 🙂

Lincoln’s current favorites: He loves his little ball and he loves these Saranoni blankets we have (probably because they are the softest things I’ve ever put up to my skin). He also loves looking at our gallery wall of paintings and the tongue twisters in Dr. Seuss’s “Oh Say Can You Say.” He lives for sucking on wash cloths during bath time and dance parties with mom 😉 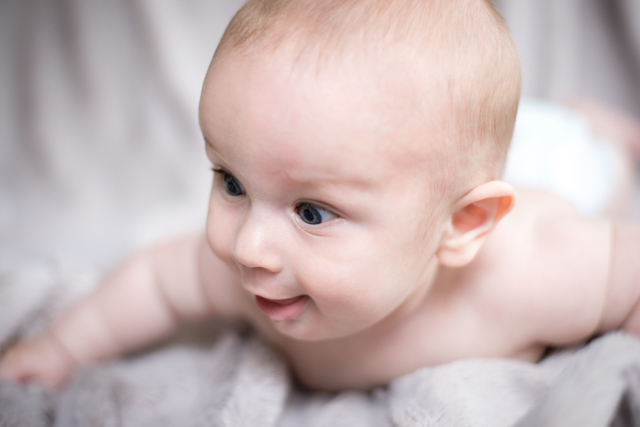 Activity: I’ve grown to really enjoy feeding Lincoln because its one of the few times he’ll snuggle up and not want to be moving around. I’m also a huge fan of exercising with Linc because he always thinks its so funny (ab workouts are guaranteed to get giggles these days).
Book: “Oh Say Can You Say” – the tongue twisters are so fun … and we’ve read it so often we’ve now moved to reciting it throughout the day 🙂
Outfit: a diaper – we don’t do it often but I love just snuggling this baby skin to skin. If he does get dressed, I’m a huge fan of his grey skinny jeans or his little rompers.
Skill: Responsive smiles and giggles! You can see some of them in the video below but the best is captured in a short video I shared on Lincoln’s instagram account (it’s private, but just request to follow and you can see the video).

I’m just dipping my toes into the world of video – this is the first I’ve ever shot with something other than my iphone that involved putting multiple clips together – but I love how video captures his little personality and the sounds he makes these days!