You are here: Home / recipes / My toddlers favorite fruit and veggie smoothie recipe

This fruit and veggie smoothie recipe is my go-to for mornings I want something healthier than cereal. It is also my ace when my stubborn toddler refuses everything besides goldfish. 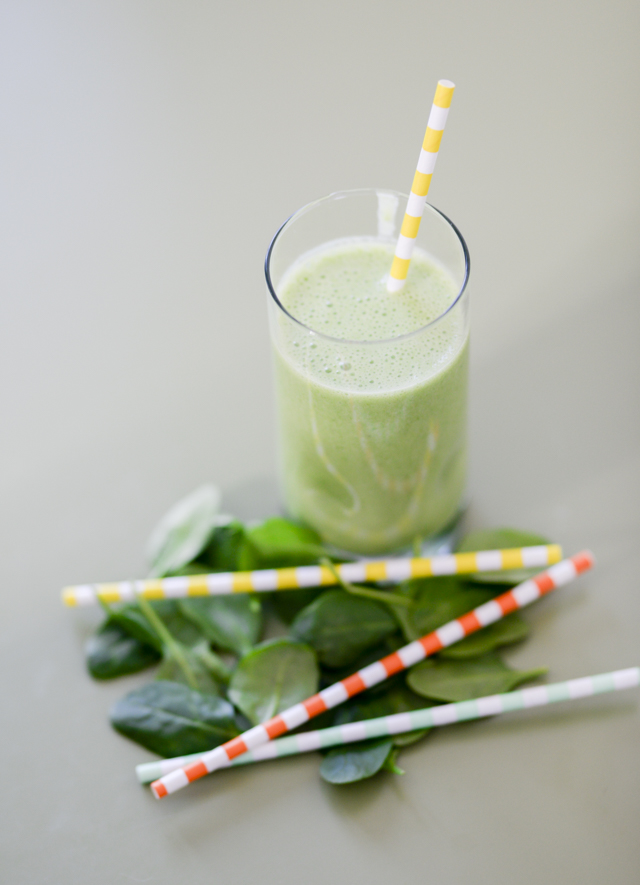 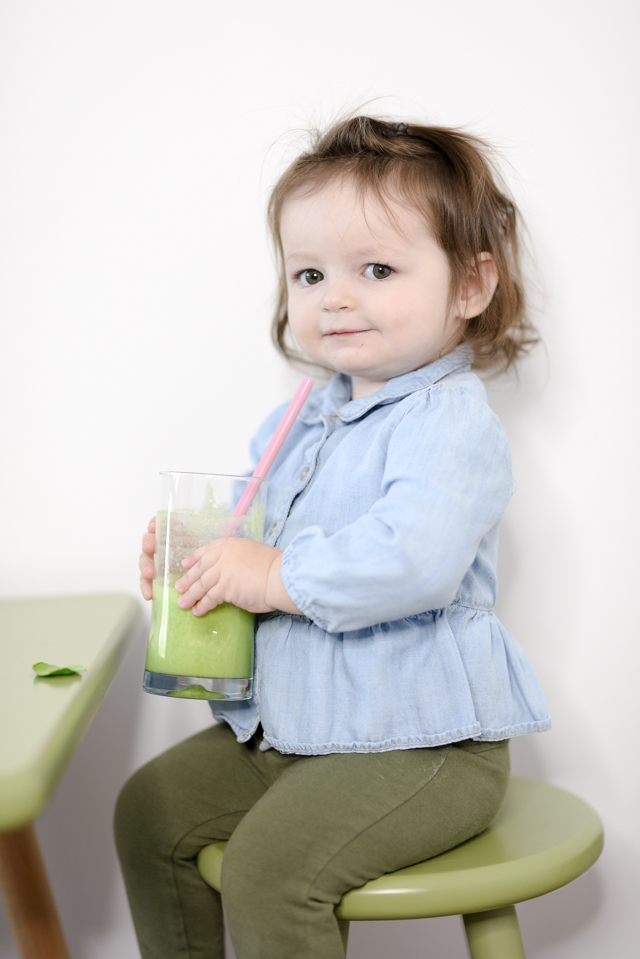 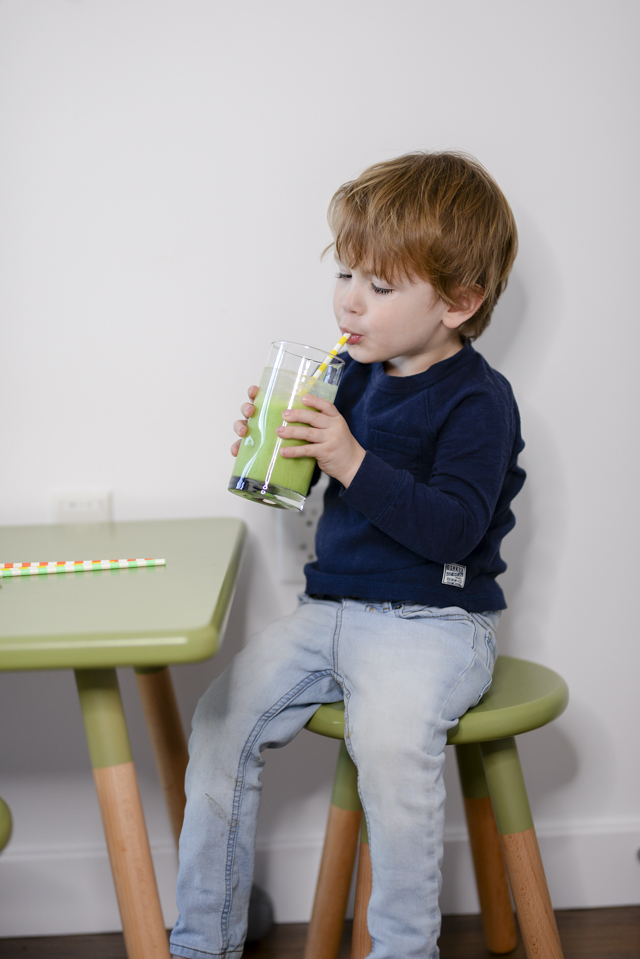 Sometimes getting toddlers to eat food is hard. Who knew that such large opinions could exist in such cute tiny little bodies? Right now I am really struggling with Adelaide’s distaste of almost EVERYTHING. She subsists almost entirely off of black beans, plain wheat bread, milk, and green smoothies. Oh and goldfish, lots of goldfish. I’m trying to follow all the advice I’ve read and not force it, not make it a big deal. ‘

So much easier said than done.

To give you an idea:

Earlier this week she was eating peanut butter by the spoonful and eating a plain piece of bread. So for lunch I made her a peanut butter sandwich.

And she wouldn’t touch it. She’d push the plate away and cry. And point to something else. And when nothing else was offered, she’d ask to be done and get down from the table.

But, regardless of what food battle we’ve been fighting, both of my kids will gobble up our favorite green smoothie recipe. And then ask for more.

In the last month I have made this smoothie for breakfast, snack, lunch, and dinner. #noshame

The smoothie is also a great base for adding berries and other fruit …but I find my kids are almost as happy to ear berries as they are to drink this so I save those for another snack and keep the smoothie simple.

Let me know if you make this fruit and veggie smoothie recipe! 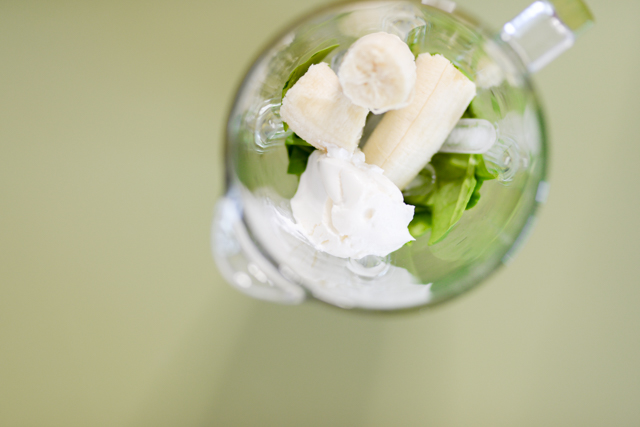 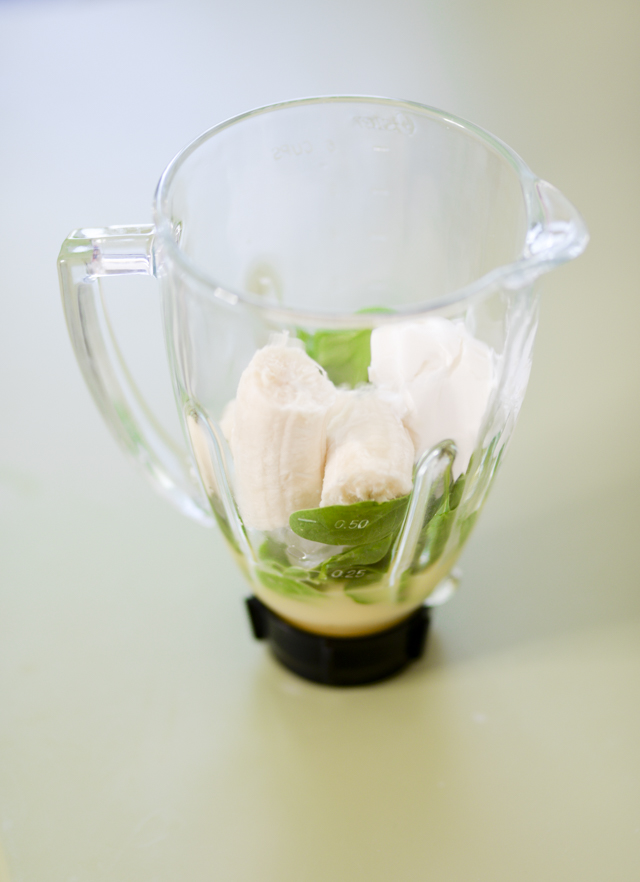 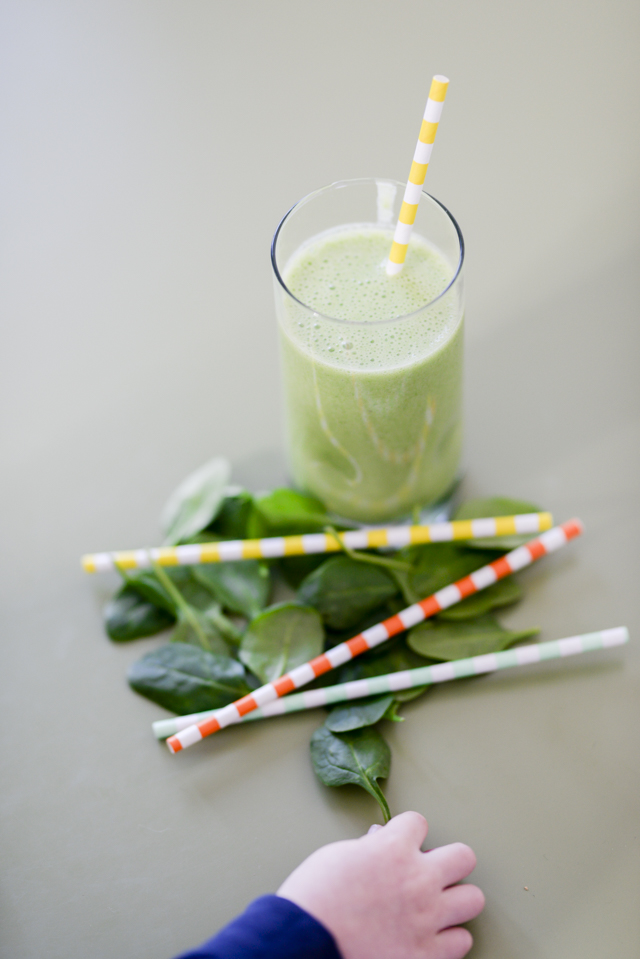 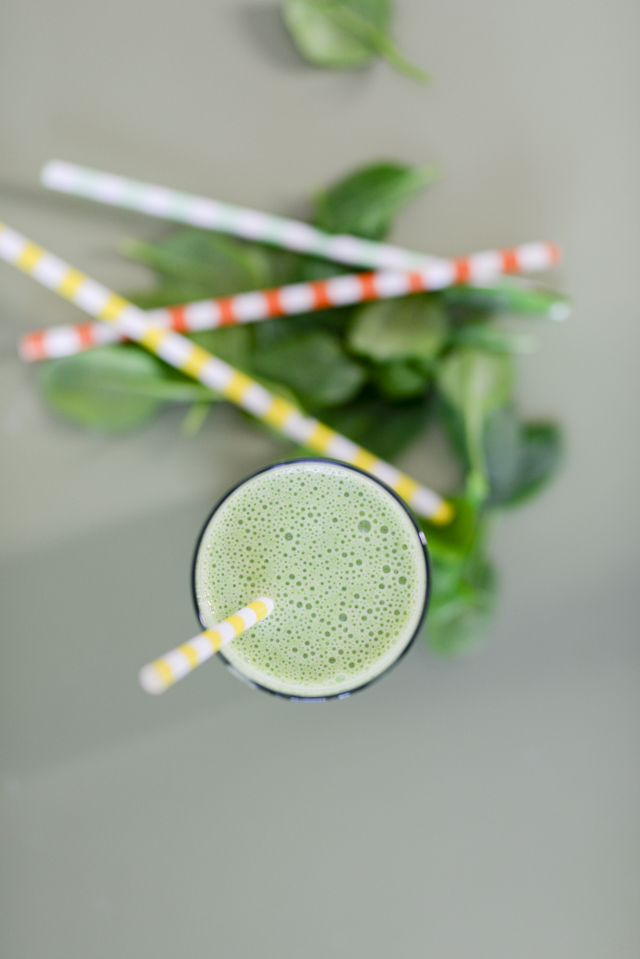 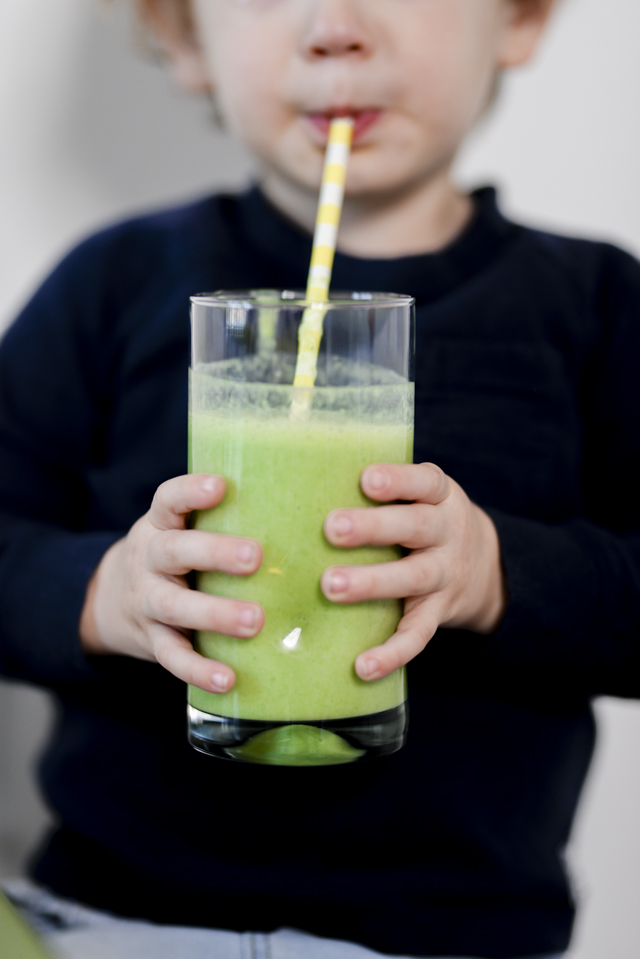 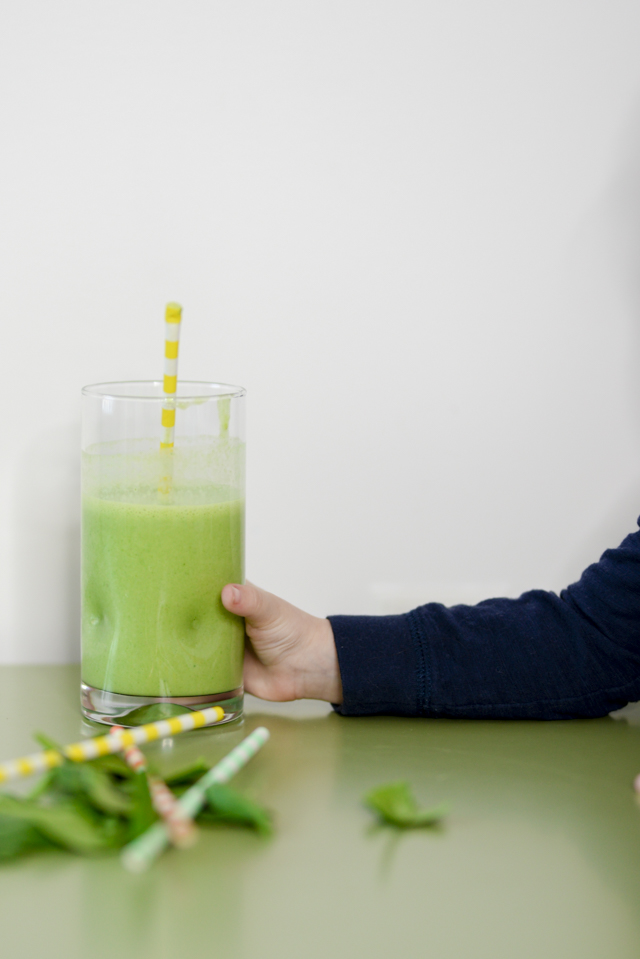 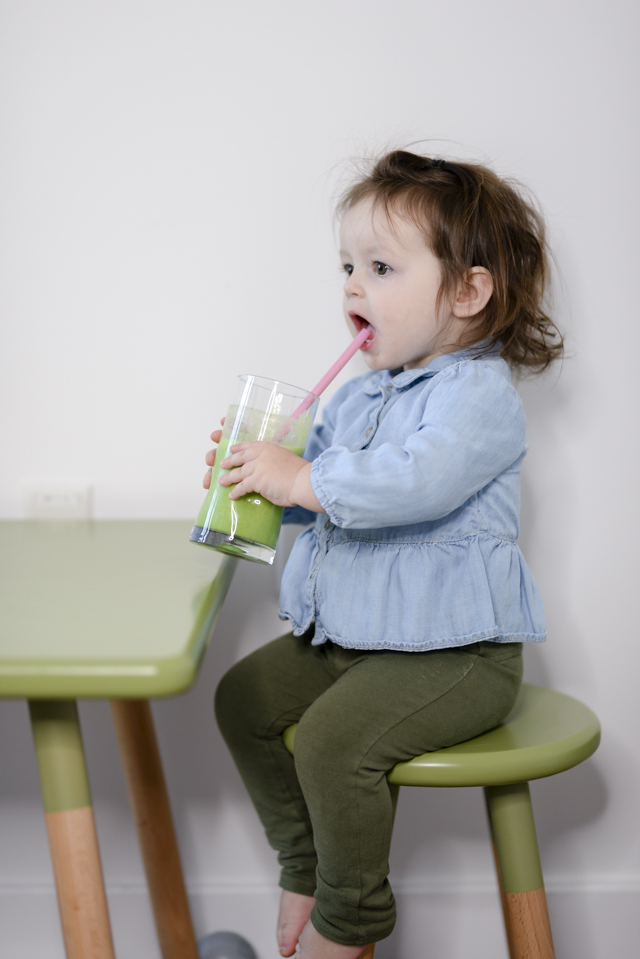 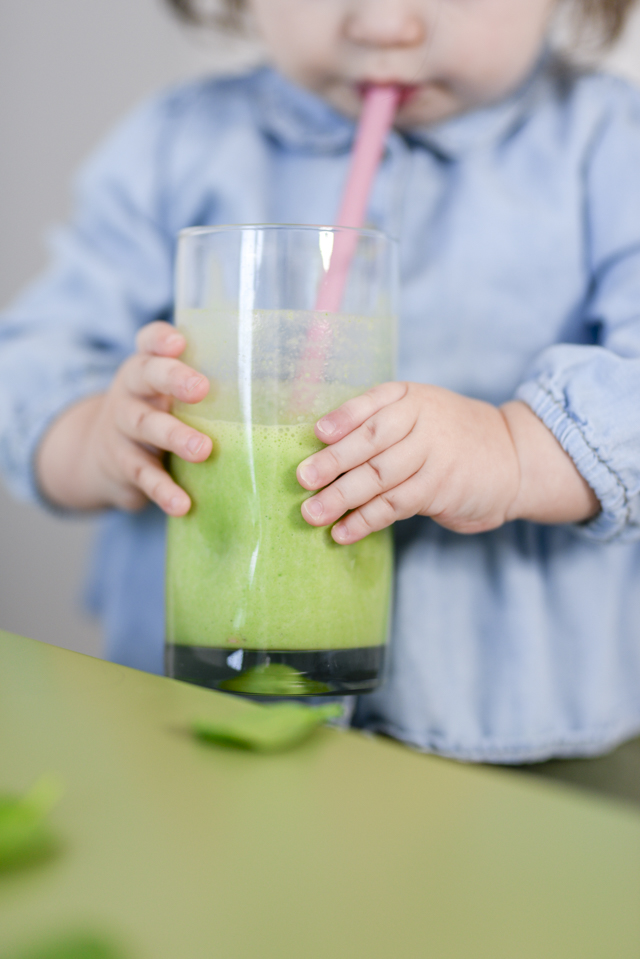 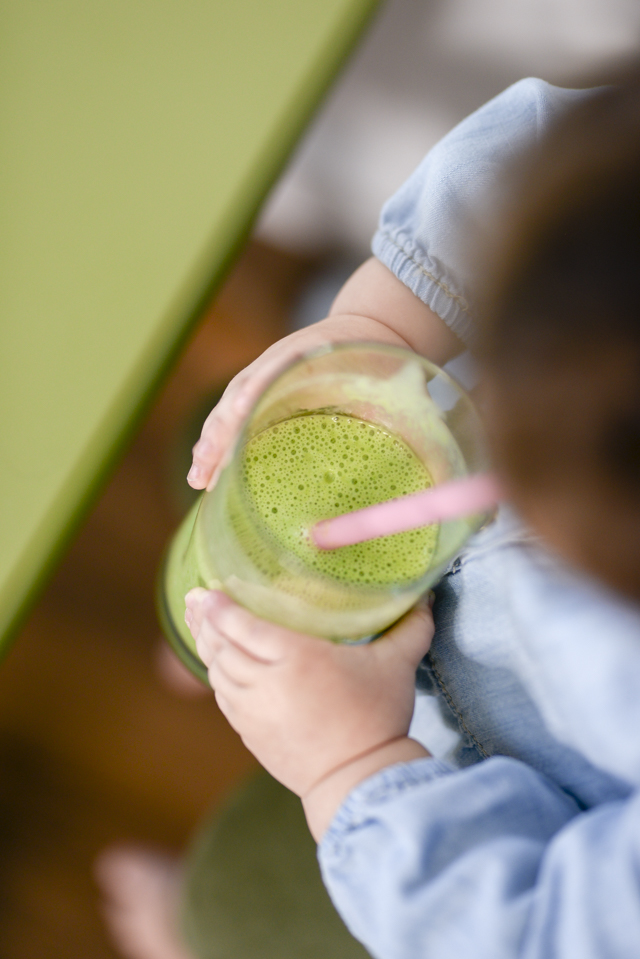 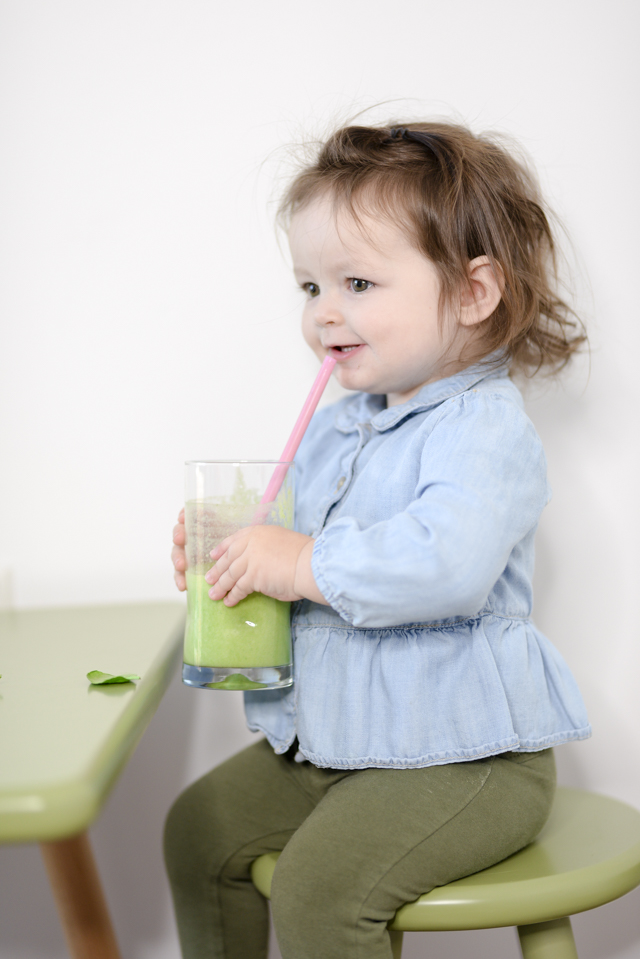