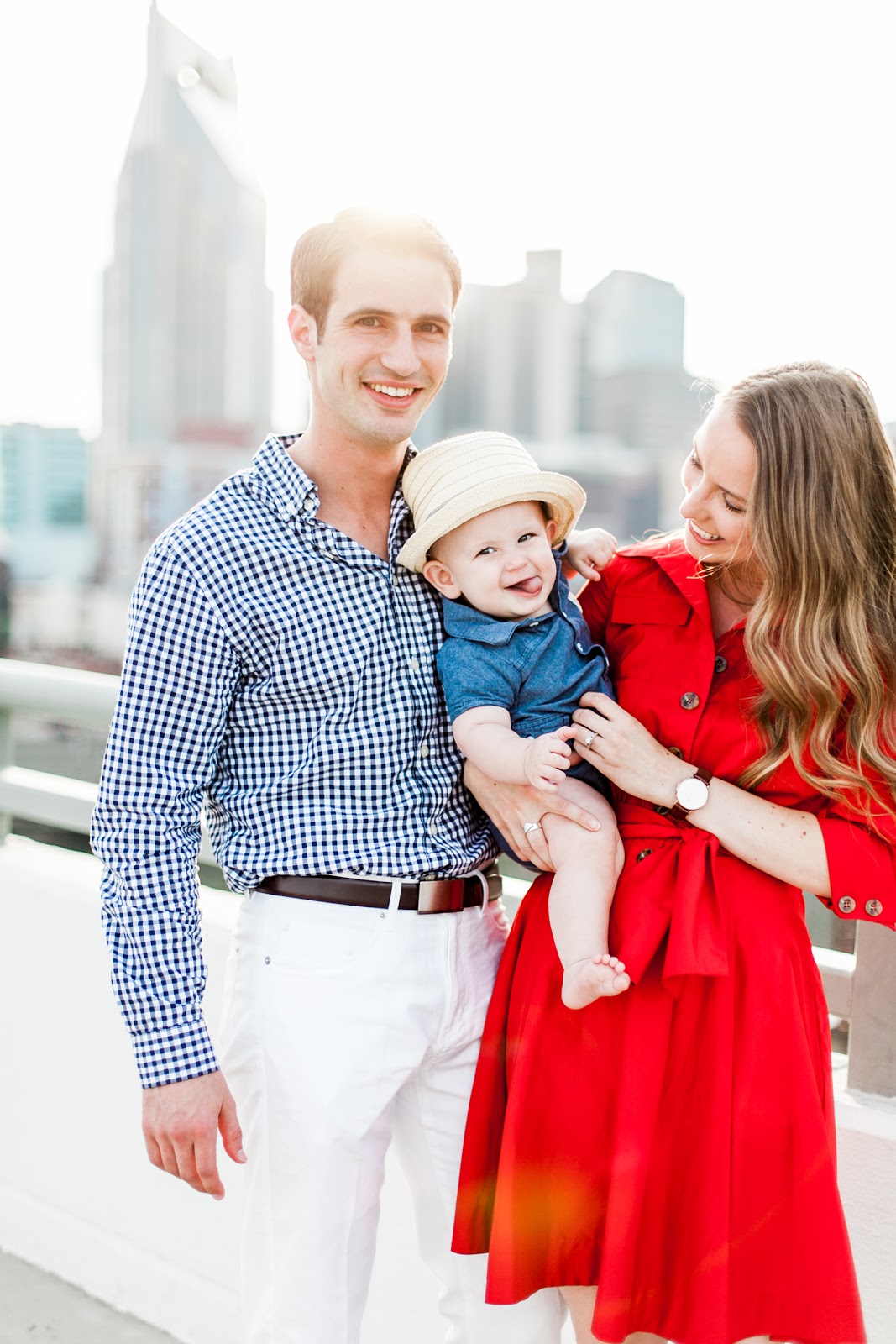 I’m still on the mend from Friday morning’s wisdom teeth surgery, which ended up lasting over 2 1/2 hours instead of the scheduled 45 minutes. Ben was a saint all weekend and I didn’t change a single diaper from Thursday afternoon till Monday morning and I can count the number of hours I spent out of bed on one hand. But he’s back to work, I’m back to mothering, and pain killers are my mouth’s best friend at the moment.

Ben and I have been talking for a few years about the idea of starting a tradition of getting family photos taken at destinations instead of somewhere local. I love the idea of getting great mementos from favorite trips + maybe not worrying so much about great pictures the rest of the vacation. So, while we were down in Nashville earlier this month, a few weeks after our fourth anniversary, I got in touch with a local photographer (who ended up being an old coworker from college in Utah! #smallworld) and I love what we ended up with. Not only do I love so many of the shots she captured, but we had our own local tour guide showing us around downtown Nashville, which was a fun way to see the city.

The night was INCREDIBLY warm and after a bit of a mixup at the office (this was a work trip for Ben), we were also INCREDIBLY late to the shoot. I won’t bore you with the details of getting lost in Mars Petcare headquarters, but needless to say Catherine was a saint about it and I’m glad we didn’t cancel. A few (okay, more than a few) more pictures: 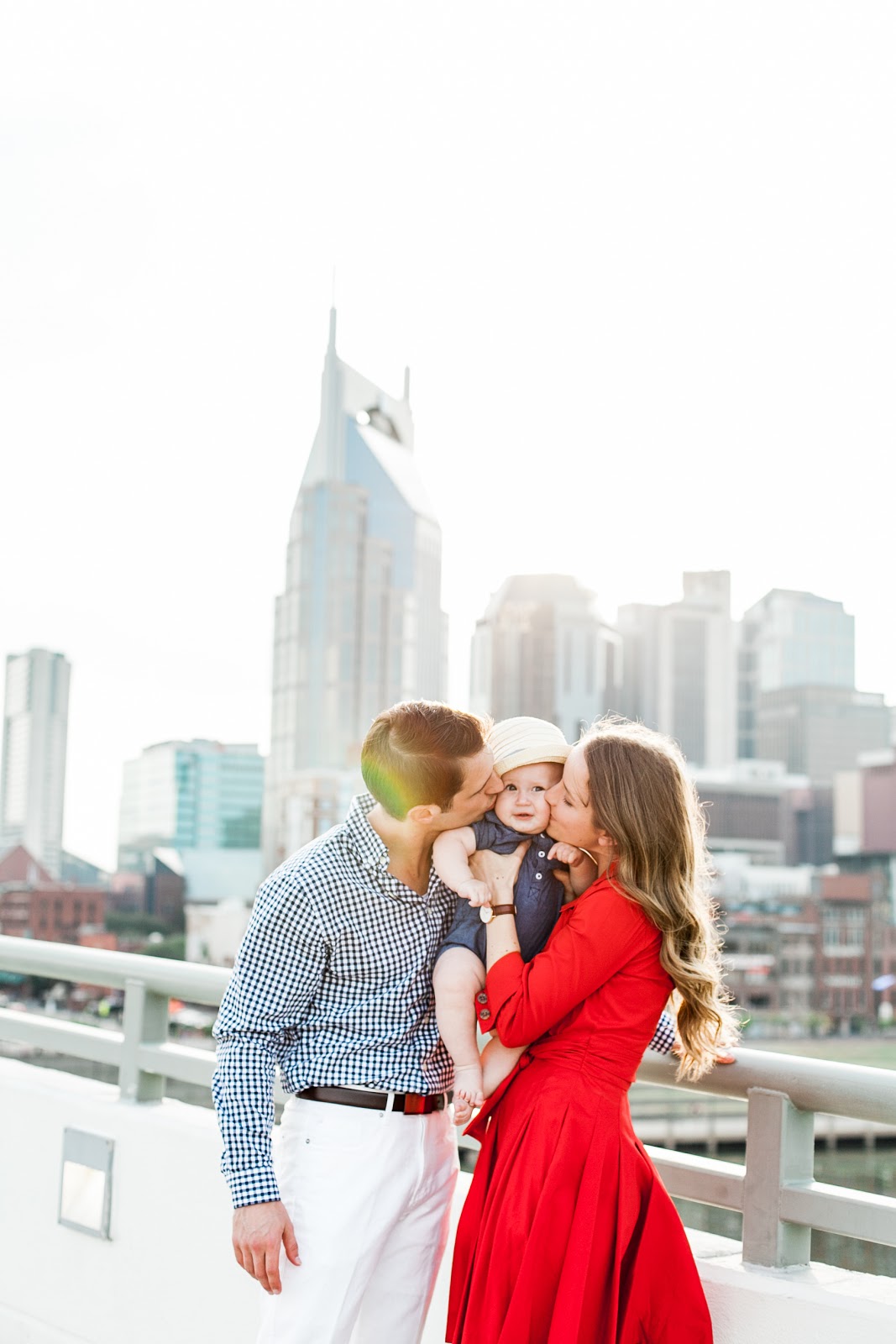 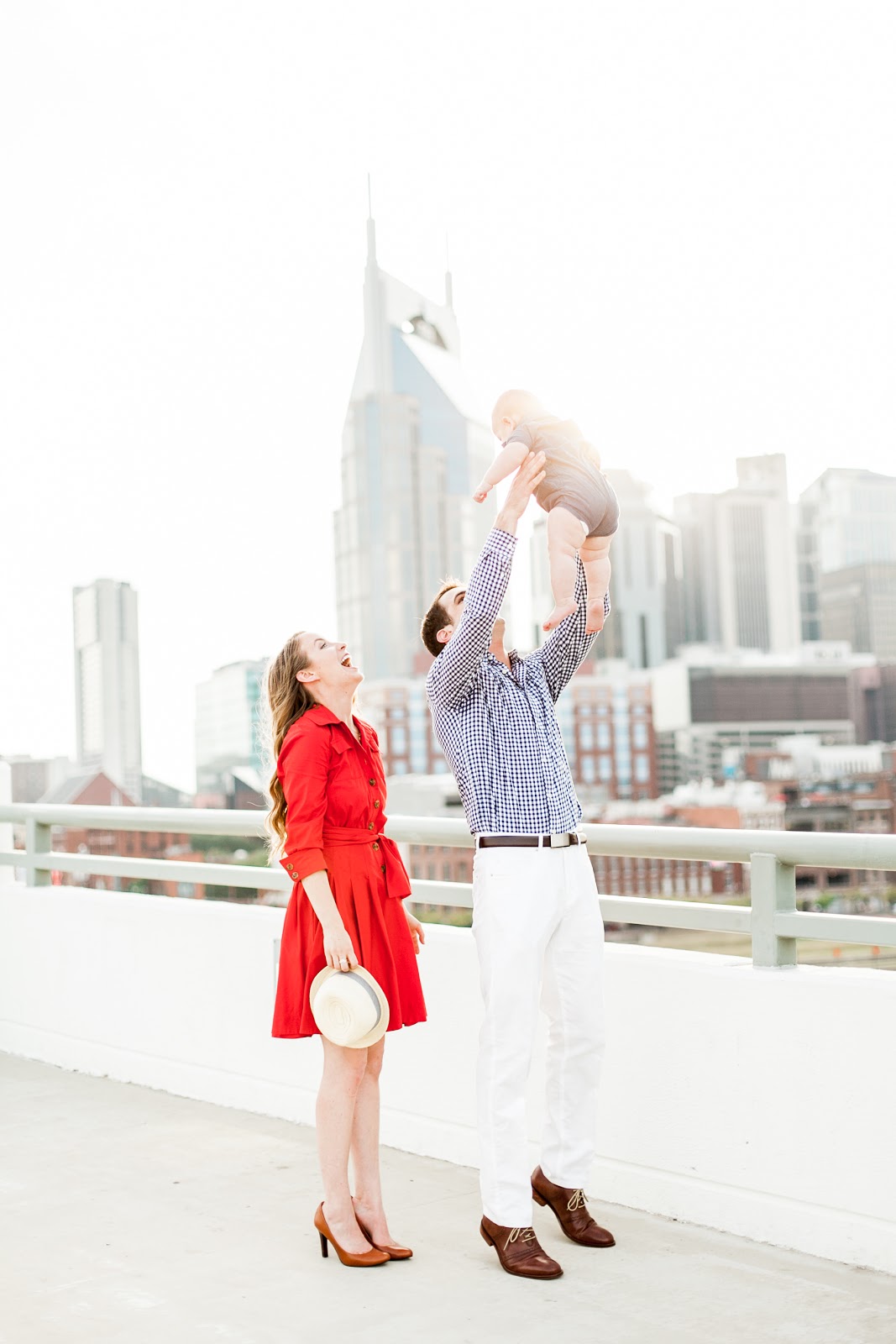 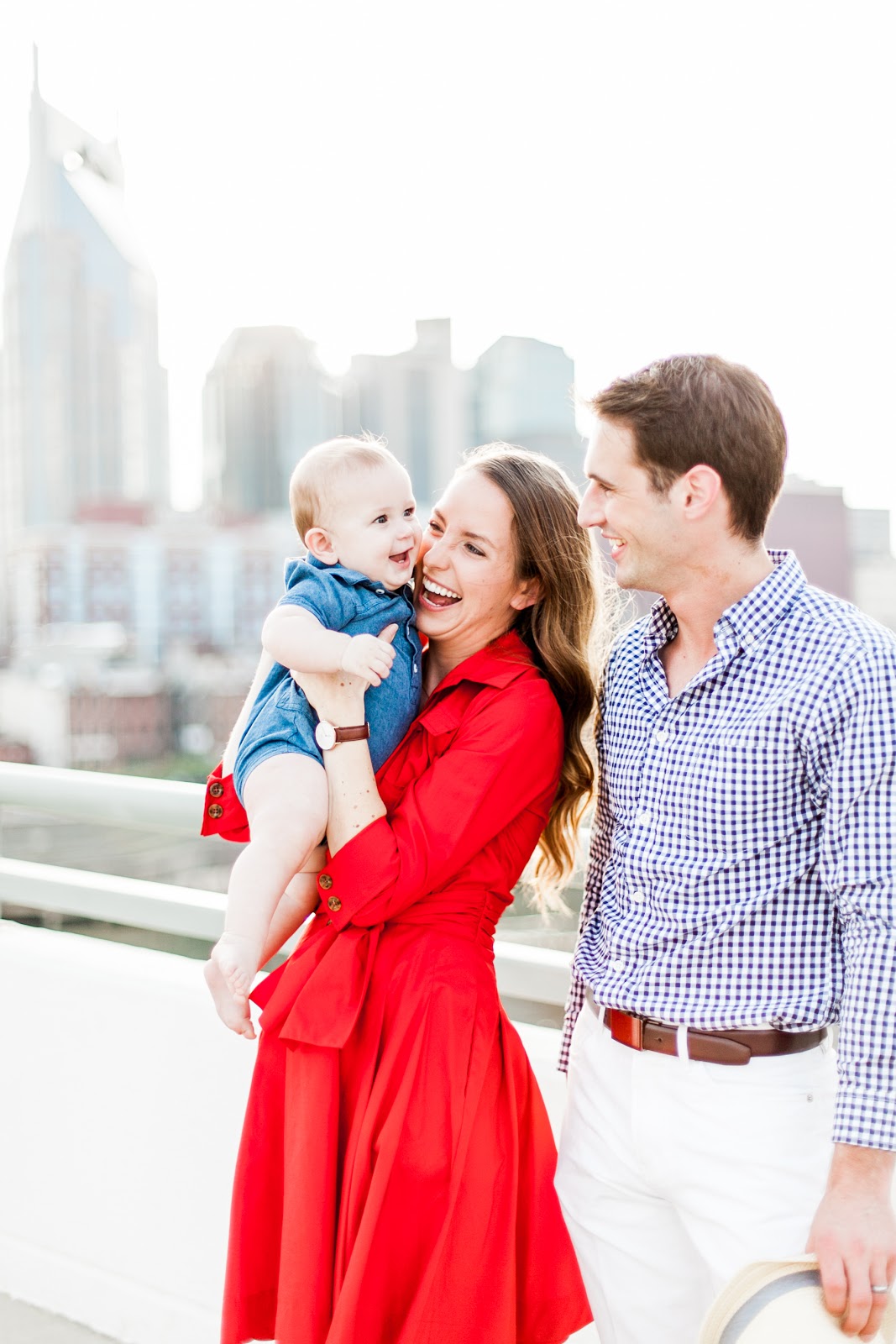 ^in the first few weeks of motherhood there may have been more tears than laughter, but these days, this boy brings so much giggling into our family 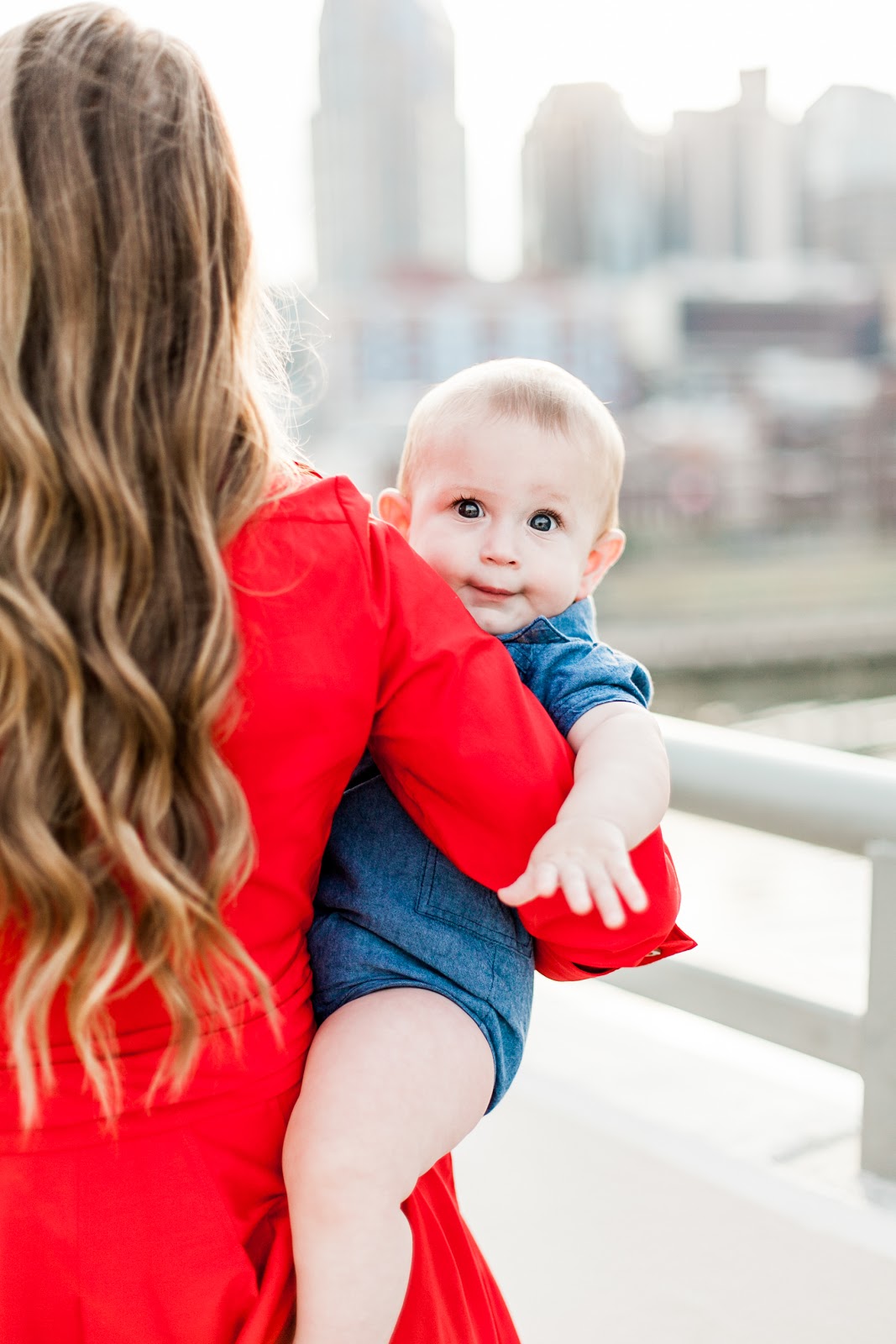 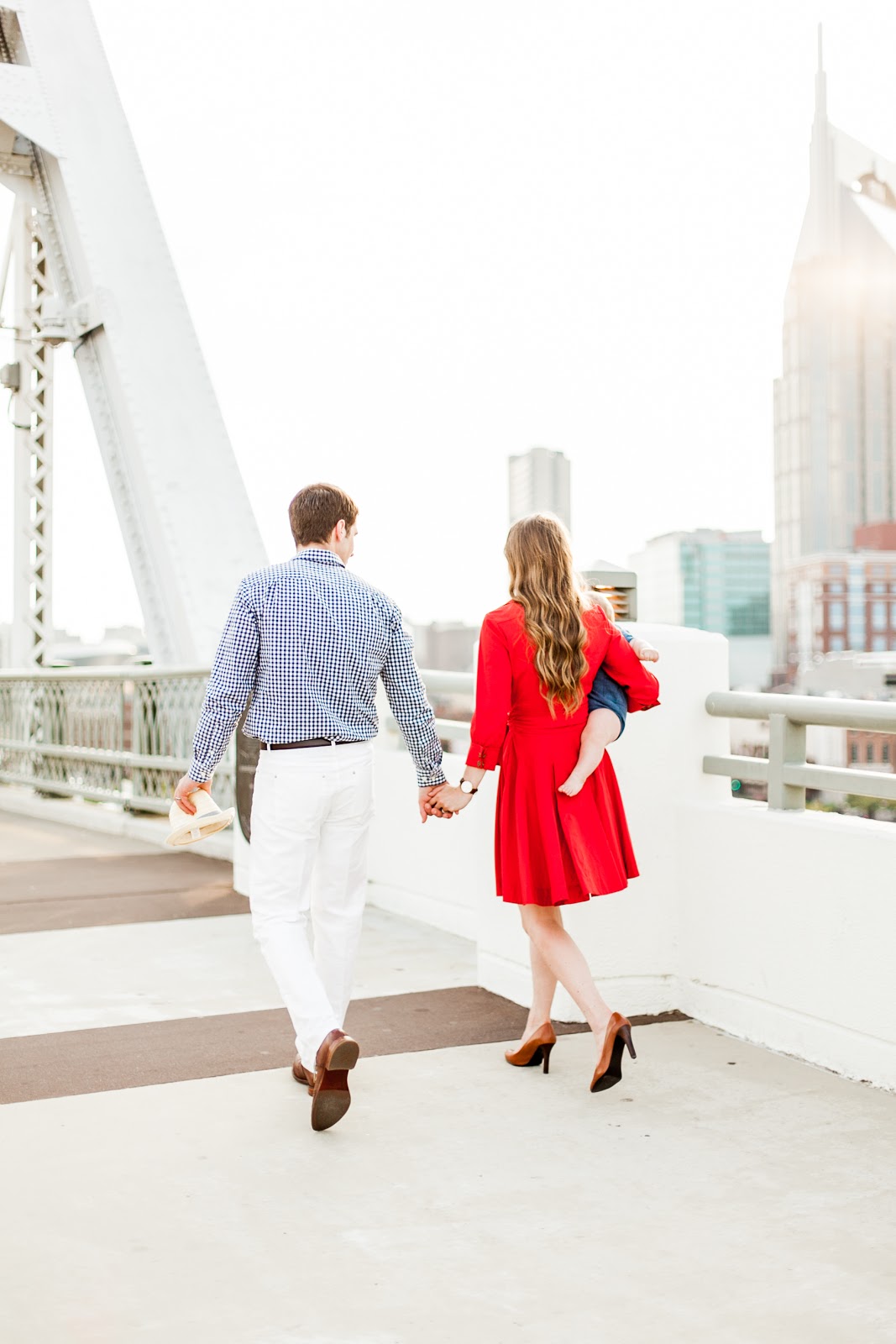 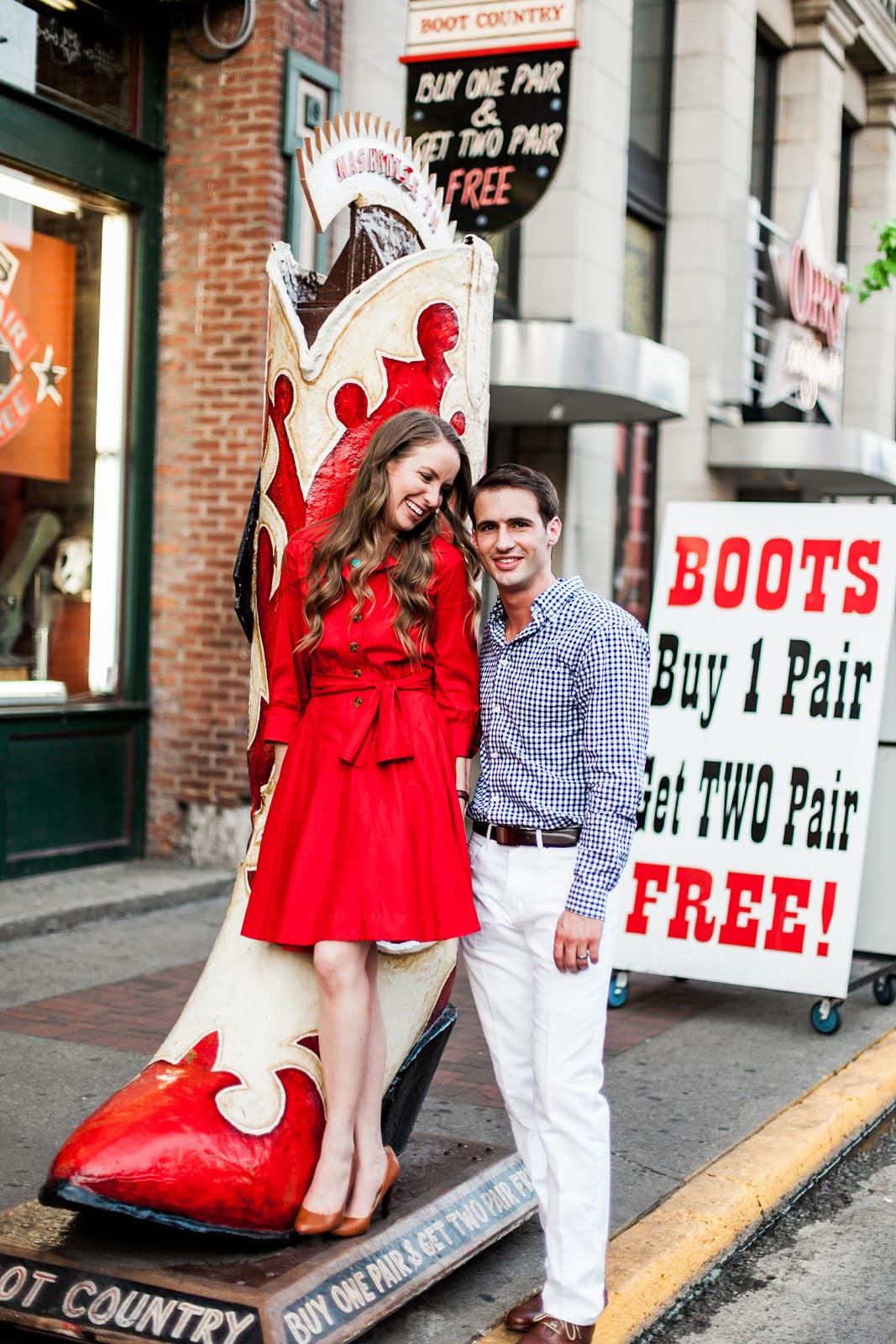 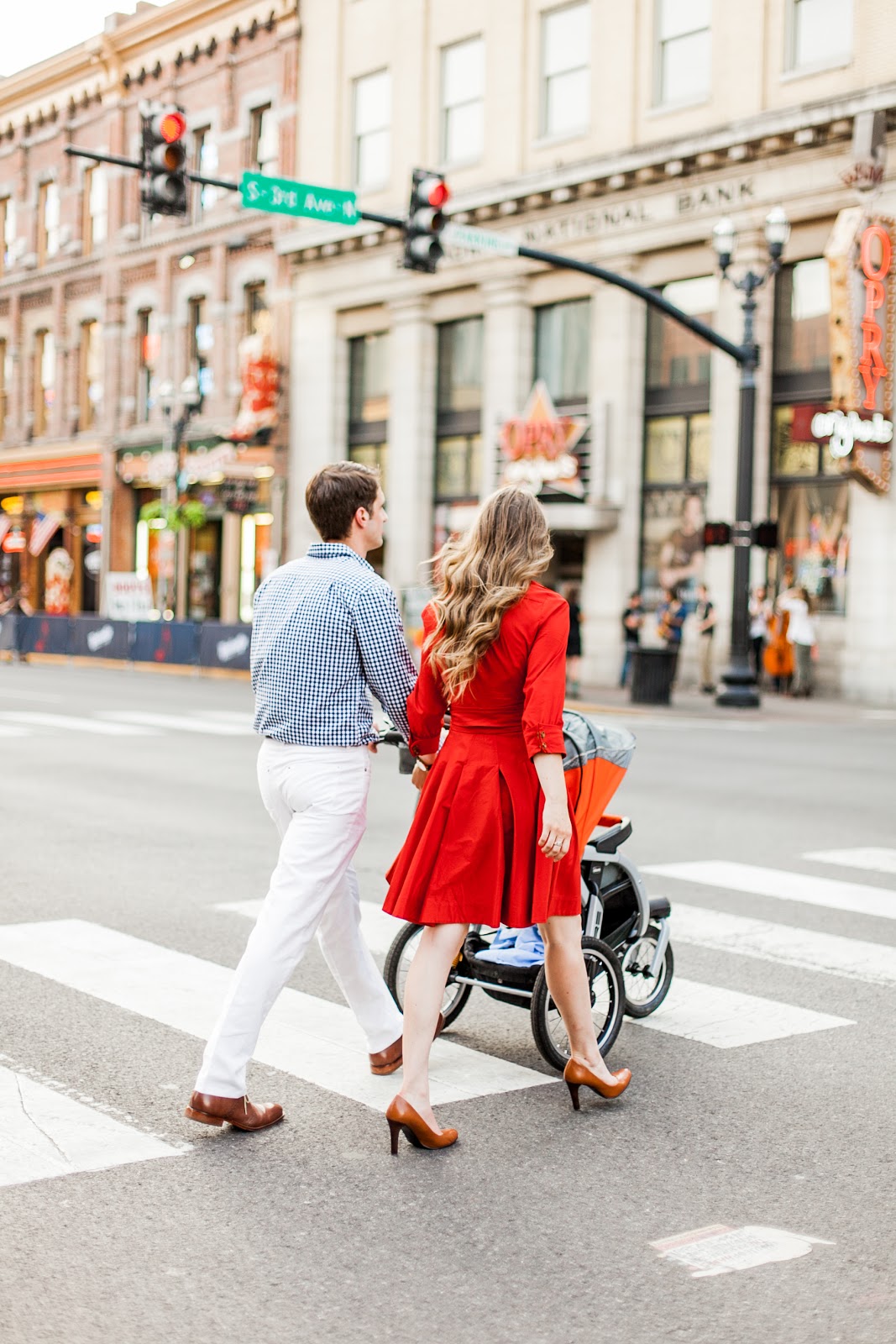 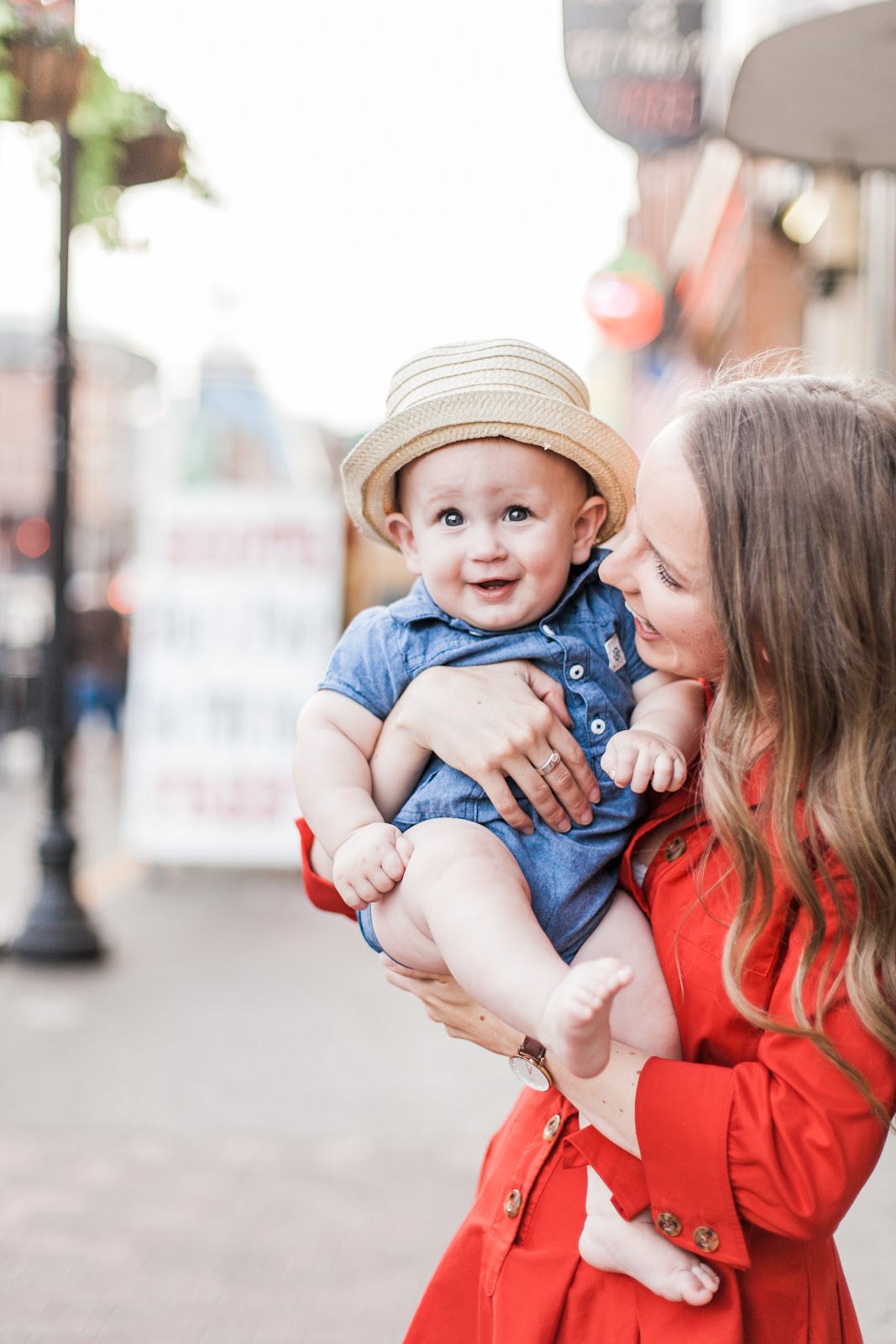