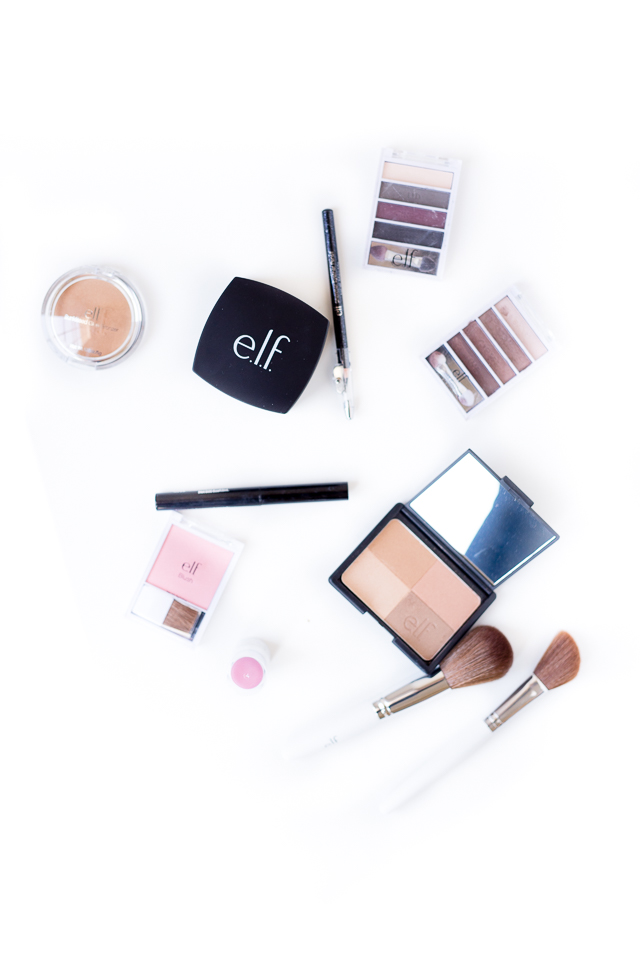 Last week I taught a handful to teenage girls about makeup (the hardest part being there were 12-year-olds and 17-year-olds and I wish I could have taught separate groups) after which they completed the “blind makeup challenge” on each other which was quite entertaining.

you know, where you sit behind your victim and pretend to be their arms while applying makeup to their face? anyway.
Before the class/activity I asked friends on Instagram what they wish they would have known earlier when it came to makeup and it sounded like some things are pretty universal and I wanted to share a few answers. 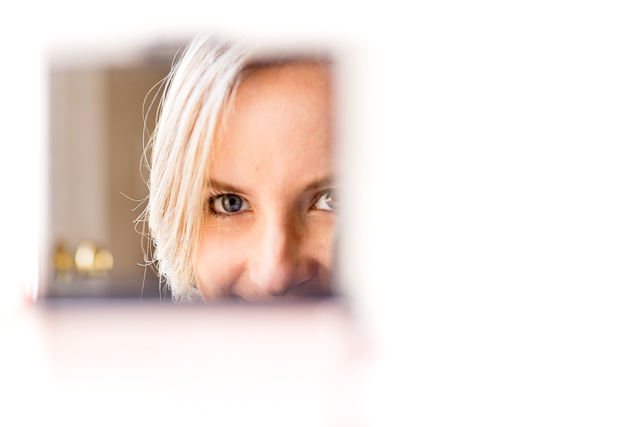 In preparation I also picked up a slew of E.L.F. products at Walmart only because they were the cheapest I could find (I would have told you N.Y.C. or Covergirl would be the cheapest brands and E.L.F. was more than half the price much of the time!). A few items went unopened at our evening of makeup and a few others I picked up for myself because I was just intrigued at how inexpensive they were. I’ve been trying them out over the last week (on the few days I’ve actually put on makeup) and here’s what I thought: 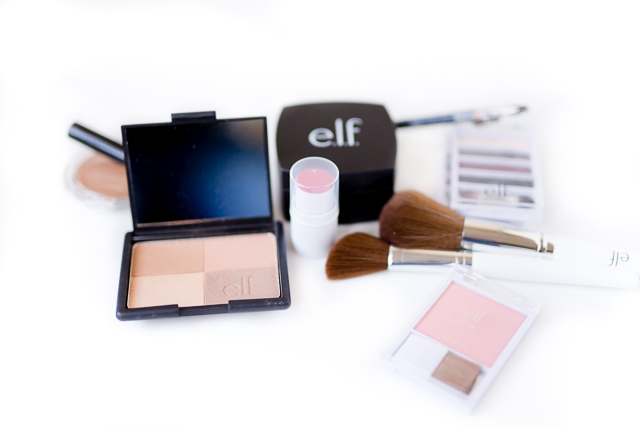 First Impression: The packaging is sleek and beautiful. There isn’t any of the fanfare or obnoxious branding and it really looks like something you’d spend about seven times the price on at Sephora.

Eyes: The eyeshadow palettes are fine, nothing spectacular, but they go on true to color and last well (especially when using a primer – disclosure: I wasn’t using the elf primer although they have one). I wasn’t super excited but I don’t get super excited about eye shadow because I wear the same neutral colors whenever I actually put on eye makeup (varying between Bare Minerals palettes I have in browns+creams and whatever palette comes with the Clinique free gift). I would definitely consider these though if I were looking for a bolder look for a big night out and didn’t want to spend a lot of money on colors I wasn’t going to wear often afterwards.

When it comes to eyeliner I just couldn’t do it. I do think its neat how the sharpener is a part of the lip but I felt like I was killing my eyes and went straight back to the silky smooth application of my Bare Minerals liner.

Brushes:  I’m comparing these to the Bare Minerals brushes I’ve been using for six years now (not the same exact brushes, but I’ve been using the same brand of brushes exclusively since I bought them for the first time the summer before college) and they hold up pretty well. They aren’t as good, but they are also significantly cheaper. I would still say it is worth investing in a BM starter kit and getting the main brushes, but for smaller specialty ones (like angled brushes for eyeshadow + such), I would try these (you can get this whole set for $12!). 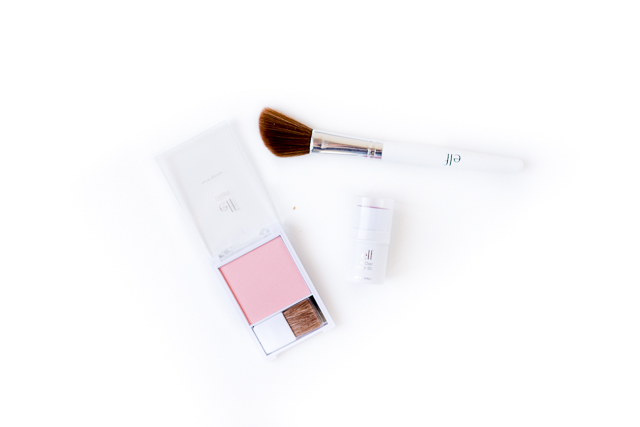 Blush: I’ve been trying the standard $2 blush in “shy” and the All Over Colorstick in “pink lemonade.” I love the idea of the colorstick – something that works for blush + lip color and have found myself putting it on kinda like chapstick (it is hydrating) just because I like the way it smells. It is great for applying a little bit of color when you’re not putting on a full face (I like it better than powder when I’m not wearing foundation) and next time I’m in a drugstore I’ll see what other colors they have and pick up one or two. 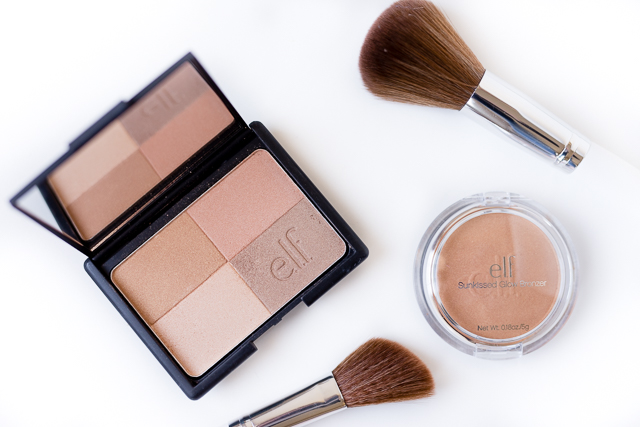 Bronzer: When it comes to bronzers I’ve only been using the ELF Studio Bronzer (on the left). I’ve tried it for contouring and while I like how easy it is to use the pressed powder (I’ve been contouring with a loose powder bronzer from Bare Minerals and I will always love BM but I’m a little tired of all the loose powders these days), it doesn’t seem to be as vibrant. Initially I thought this was a bad thing, but I do like how easy it is to build color with and how I never have to worry about putting on too much the first time. Overall, I’ll keep using it and would buy it again (especially for a vacation or something when I HATE having loose powder around #somessy).

And that’s it – just a few sub $5 products I’ve been trying. After reading your recommendations on instagram though I’m excited to try their brow kit and while I’m not too adventurous with things like concealer and foundation, I’m planning on trying a few of their matte lip colors in the near future because at $2, why not? I’m now wondering why I didn’t discover this brand way back in the day? I like it better than most drugstore beauty brands I’ve tried and the price + packaging are much better.

Any favorite budget beauty buys?
Or things worth the splurge?