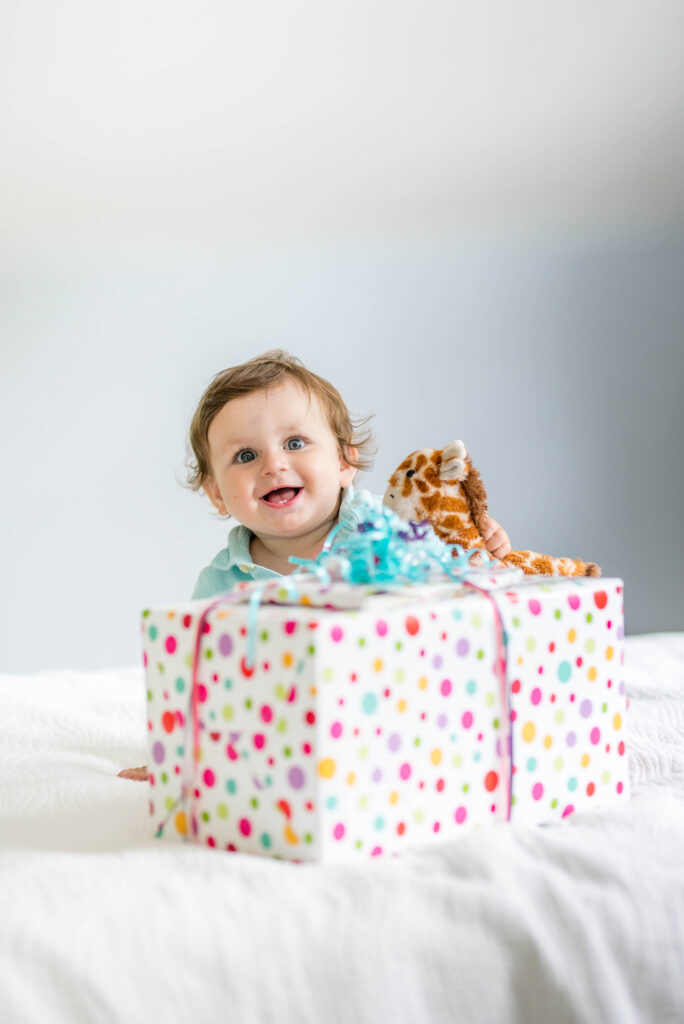 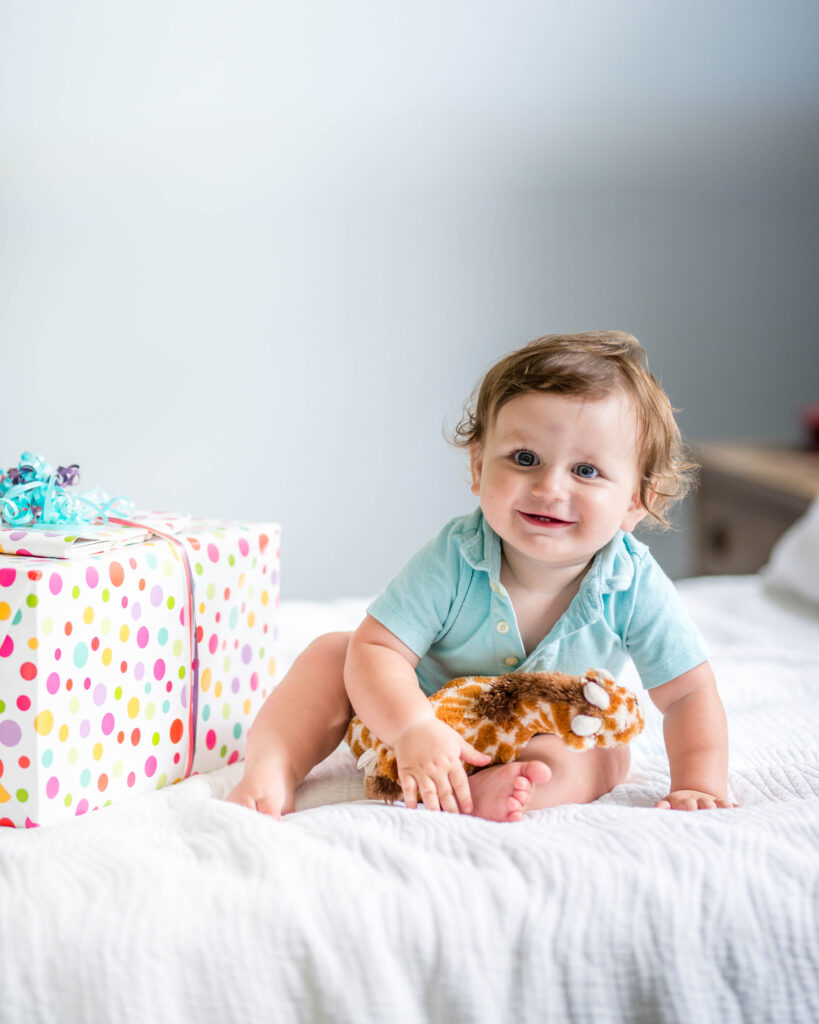 Our little Westley turned one last week. One! One whole year!

It has simultaneously been the longest and the fastest year.

It is such a privilege to be his mom. When Adelaide came along I was still very much in the baby stage; Lincoln was only 17 months old. This time around though, we had been fully in the toddler stage for a bit. We loved to get out the door in the mornings and go. We were used to full days and lots of messes and starting into the season of Mom making dinner and picking up the house while the kids played on their own.

And then Westley arrived.

He reminded me to slow down. to leave the mess. to settle into the quiet. When days were busy I would look forward to that first night feeding, when it was just the two of us snuggled in the rocker. And I remember thinking those women who said they enjoyed night feedings were crazy or liars.

We celebrated his birthday up at my parents in New Hampshire, buying more toys than I meant to at Target the night before. We had grandpa’s waffles for breakfast with great-grandpa and had opened half the presents by 10am.  We did a little more singing, snuggling, and dancing but it was also just a day like other days. He cried a little bit going down for his nap.Grandma and the big kids made chocolate cupcakes while I made sausage pasta for dinner. He was only moderately interested in his first taste of cake. Just like his dad at that age, he was very unhappy about messy hands and refused to touch the whipped cream a second time.

Loves his mom and his giraffe, clapping, splashing in the bath or Walden pond, dancing in the living room, playing peekaboo with Lincoln and Adelaide, eating anything, drinking green smoothie (and the blender when it’s making the green smoothie), going for walks, getting thrown in the air by Dad, army crawling everywhere, pulling up on anything, bouncing on the trampoline, singing and waving. 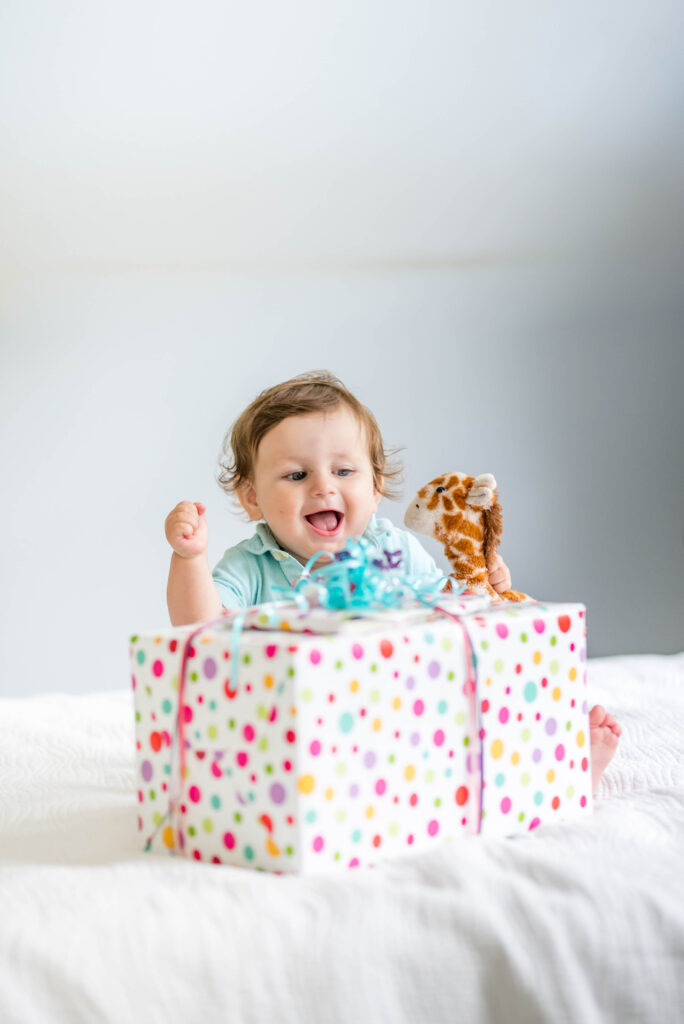 Westley’s romper: Primary (this one is sold out but they have a other rompers right now and I’ve been impressed with their quality for the price and at how well the pieces hold up to frequent washing)

Westley’s Giraffe: Manhattan Toys (he loves this thing – we lost it once and I was so glad I could just order another one)