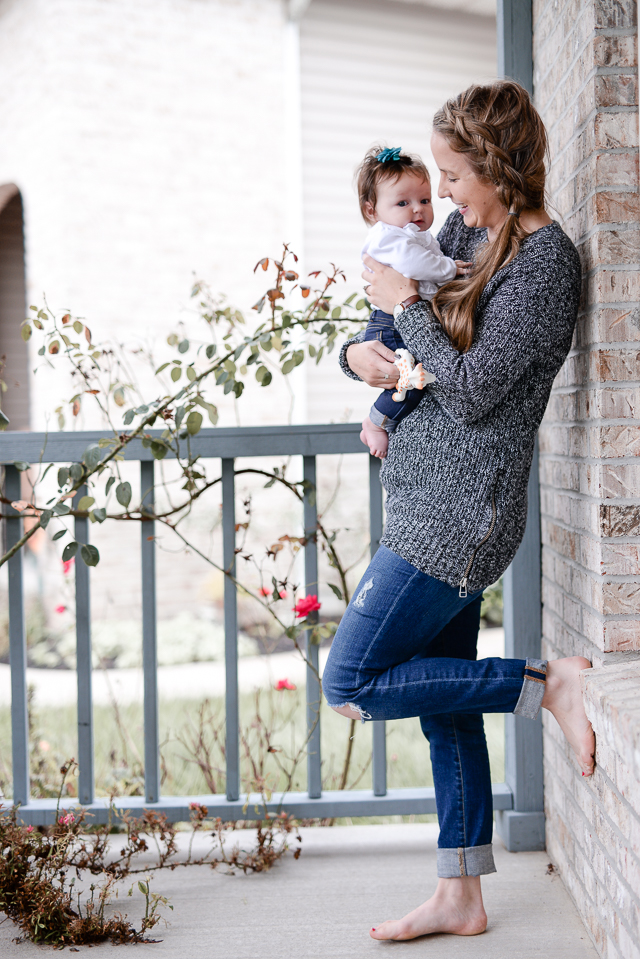 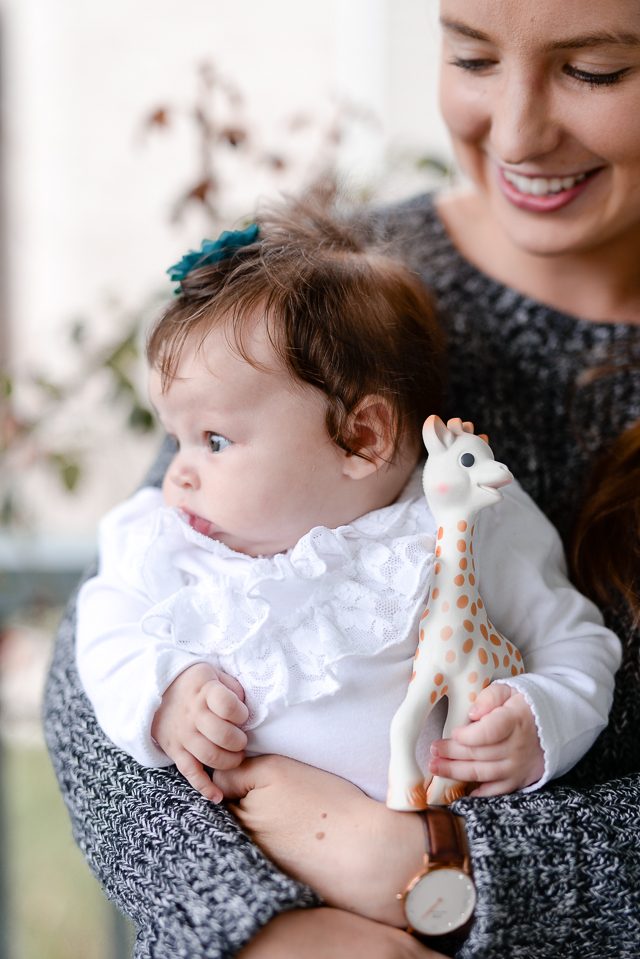 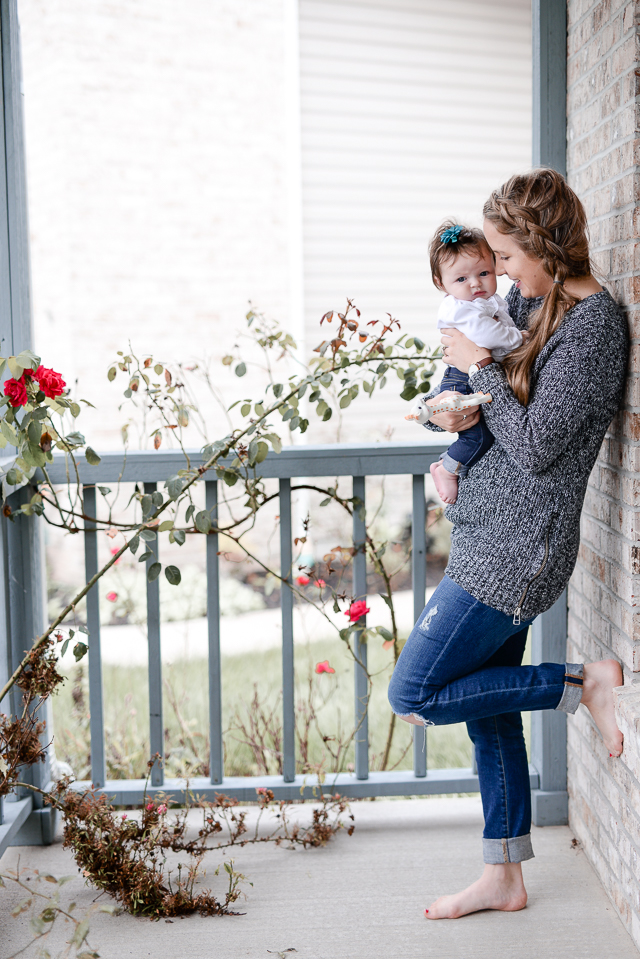 There is a distinct art to leaving the house with a high child to parent ratio. And it is something I am very much still learning. But the amazing thing to me right now is how comparatively having easy two children is. People ask all the time how it is being the mom of two and honestly, it feels easier than being the mom of one.

Maybe it is because the first few months as a mom of one were so difficult for me.

Maybe it’s because my expectations for life with two babies were two parts wonderful and eighty parts hard.

Maybe it is just because you learn so much with your first baby.

Maybe it’s because I’m too busy all day to think about it being difficult or dwell on any one thing.

Anyway, we did stop in Walmart the other day to pick up a few things (it’s one of three places I’ve braved by myself with two children) and a baby wrap is a must. I put Adelaide in the wrap before I get Lincoln out of his carseat and after we make it inside I do the awkward “lift a toddler into the card with a newborn strapped to my chest” maneuver and we’re set for a shopping trip. 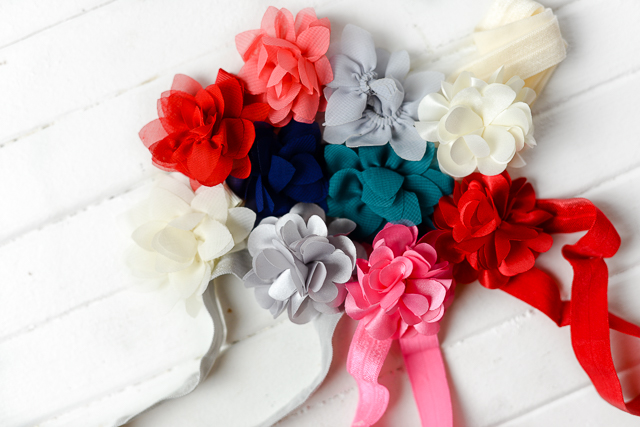 This baby girl is growing like a weed so I picked up a few things she can wear that aren’t hand-me-downs from Lincoln (don’t ask how many times people have told me ‘he’s so cute’). For all of her hair I got the cutest assortment of bows in the perfect colors for fall. I love a good little feminine touch that isn’t so over the top so this little lace onesie with denim leggings is infinitely better than the pink zebra dress with “cutie” plastered across the front.

Lincoln insisted on a few of his favorite snacks and we made both of the babies’ day by getting the Sophie the Giraffe set everyone raves about. I heard it was the best teething toy when Lincoln was a few months old and I felt like everyone had one. When I saw it in the toy aisle I decided to give it a try this time around. The set came with a little plastic giraffe for teething and a plush giraffe we named Gerald and gave to Lincoln. The two of them with their matching giraffes is almost as good as them in matching pajamas (did you see in on snapchat earlier this week? I died).

Now the real question is will Adelaide let me keep these bows in her hair forever?
Have a wonderful weekend! 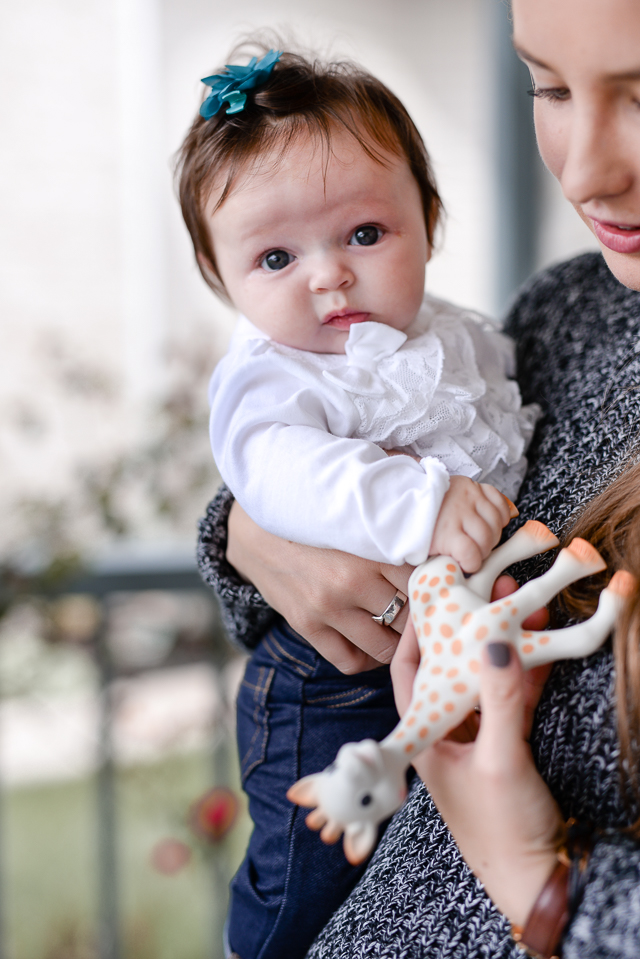 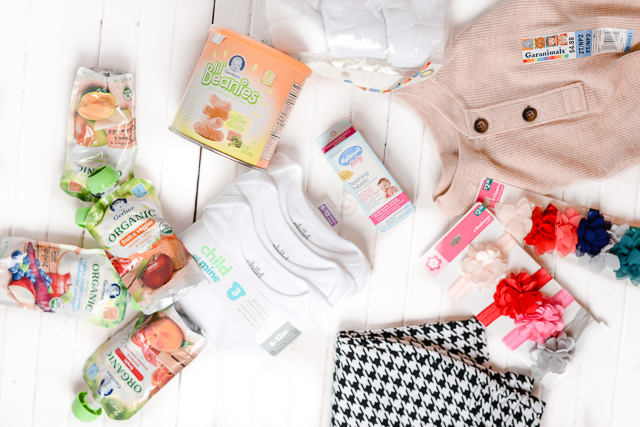 ^A few other things we picked up including Linc’s favorite pouches, the teething tablets I swear by, and a cute thermal for Lincoln

P.S. I also learned that Walmart has a free age-specific baby box filled with product samples (you pay $5 shipping) that I’m signing up for and they just released a new Evenflo convertible carseat that doesn’t break the bank. Walmart has been revamping baby departments across the country and in addition to being brighter + bigger, they carry so many of our favorite brands.