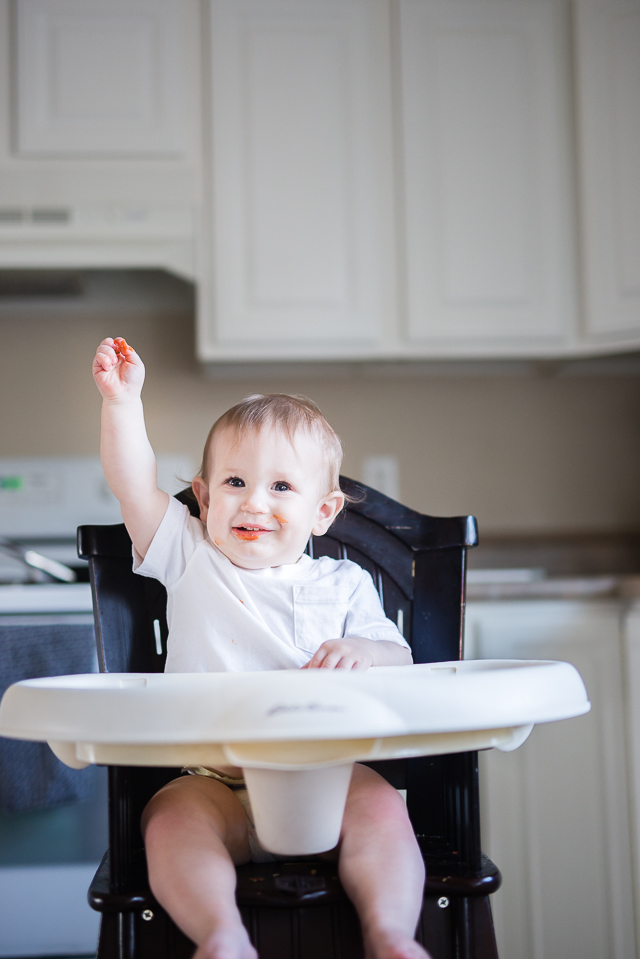 Raise your hand if you’ve found a new favorite food! Two weeks of being sick came with a serious drop in appetite which is now back with a vengeance. This boy doesn’t want to stop eating. His current favorite? Meatballs. He doesn’t discriminate, but we have them most often in an Italian red sauce that is impossible not to get everywhere (unless Ben feeds them to him on a fork – which takes too much time for me :).  Last time we were down in Cincinnati though, my friend made them in a grape jelly + bbq sauce which is next on my list because…so. good.

P.S. This is one of my new mom goals: to photograph more of the everyday life, the eating and the playing and the messes. I love the cute posed (or candid) pictures of the family dressed up and out doing things, but these snaps of our daily life are something I want to hold on to. And so these pictures are going down as some of my very very favorite. 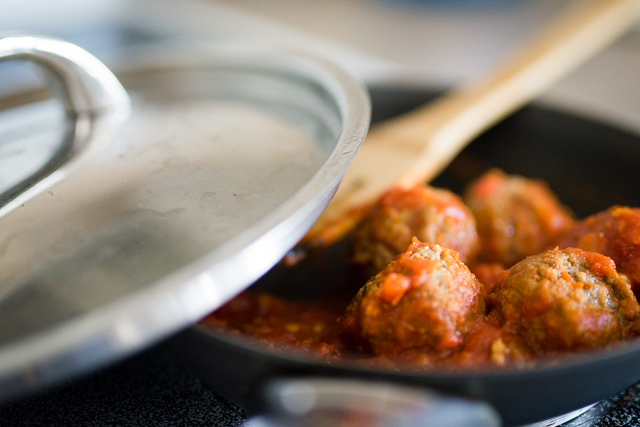 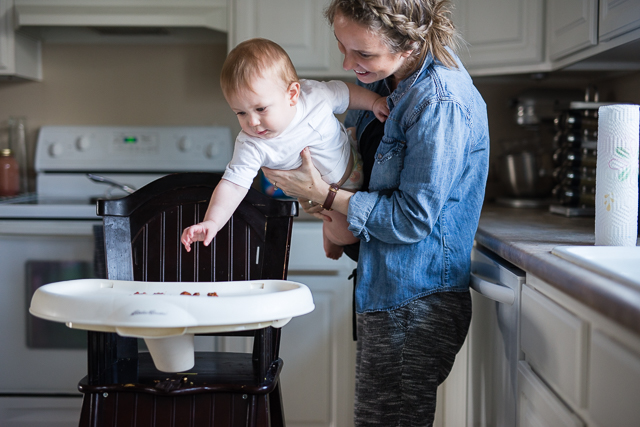 ^he lunges for meatballs 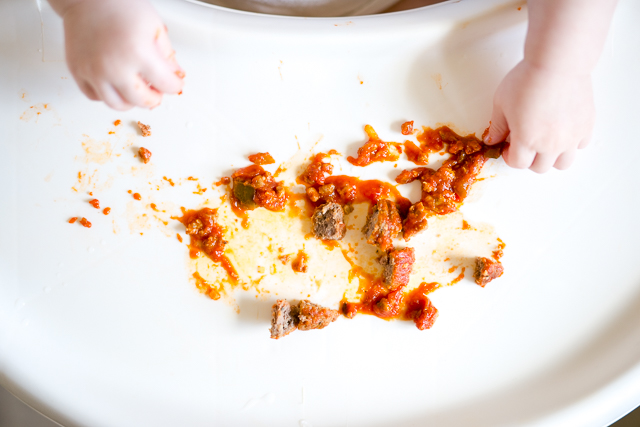 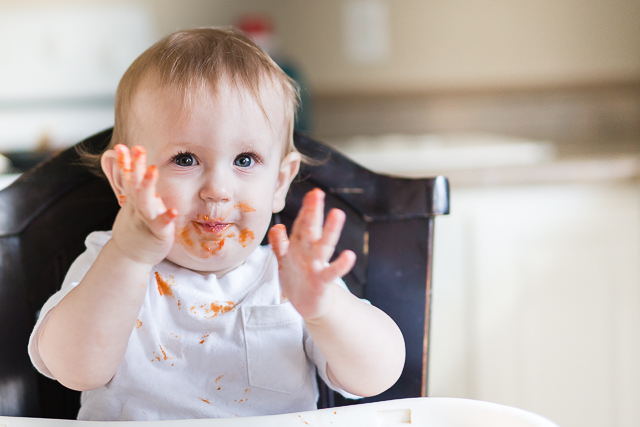 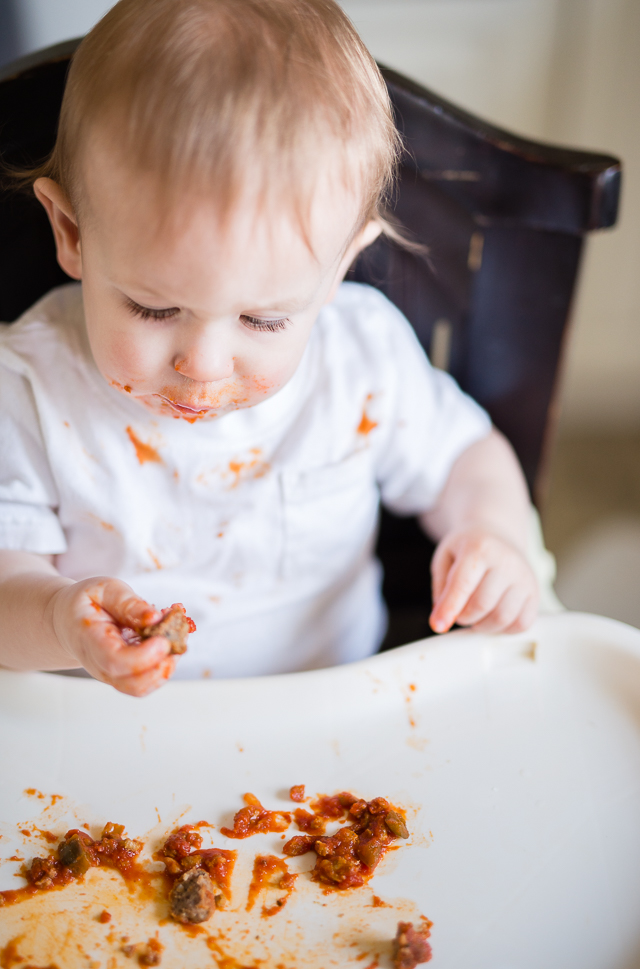 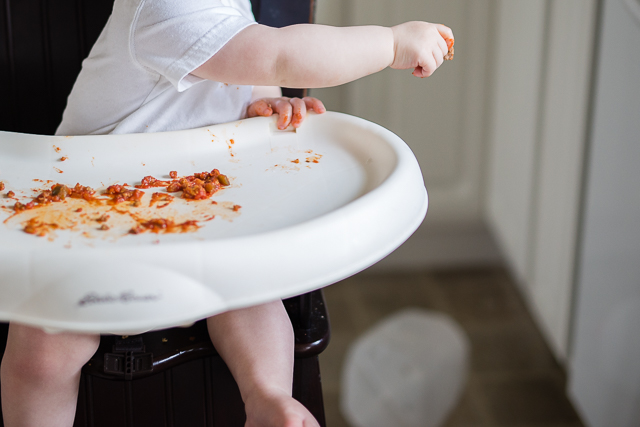 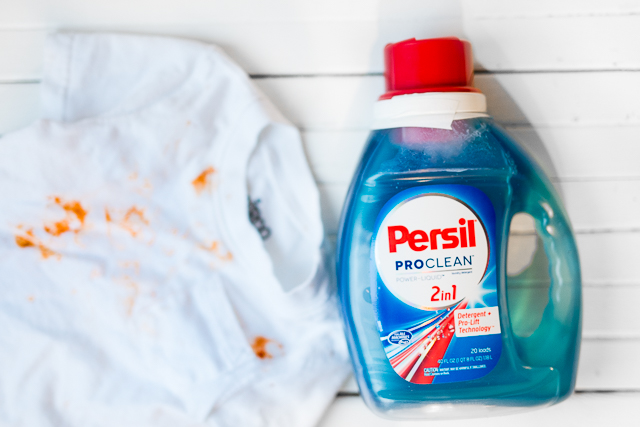 ^Many many months ago (when Lincoln was still hardly sitting up on his own) I was super pumped to find a detergent especially designed for keeping whites white so I was pretty excited to find out Persil has a new formula. It beat out Tide in the most recent consumer reports (its a good thing Ben works for Mars now and has gotten over the P&G brand loyalty thing 😉 and guys, it is great. I’m not as good at sorting my laundry by color, but I can throw everything in on cold with this and even the dirtiest of baby clothes come out clean (now if only we’d had this for those early weeks of blowouts). With a little baby around who wants to eat EVERYTHING we’re eating, just without any utensils and with half of it ending up on his clothes, I don’t have to worry about changing him out of his cute outfits (or his white tee shirts) before feeding him.

And speaking of messes, if you were coming over for the big game this weekend (which would end up eating our way through instead of watching), I’d try a new meatball recipe and not worry about the mess 😉

P.S. You can check out laundry tips and more here and after spending a few minutes poking around, I’ve concluded its the best facebook page for business I’ve seen yet.

This post was created in collaboration with Persil ProClean, but all opinions + love of laundry detergent that works + really cute babies are my own.