You are here: Home / everything else / That time they tried to convert me 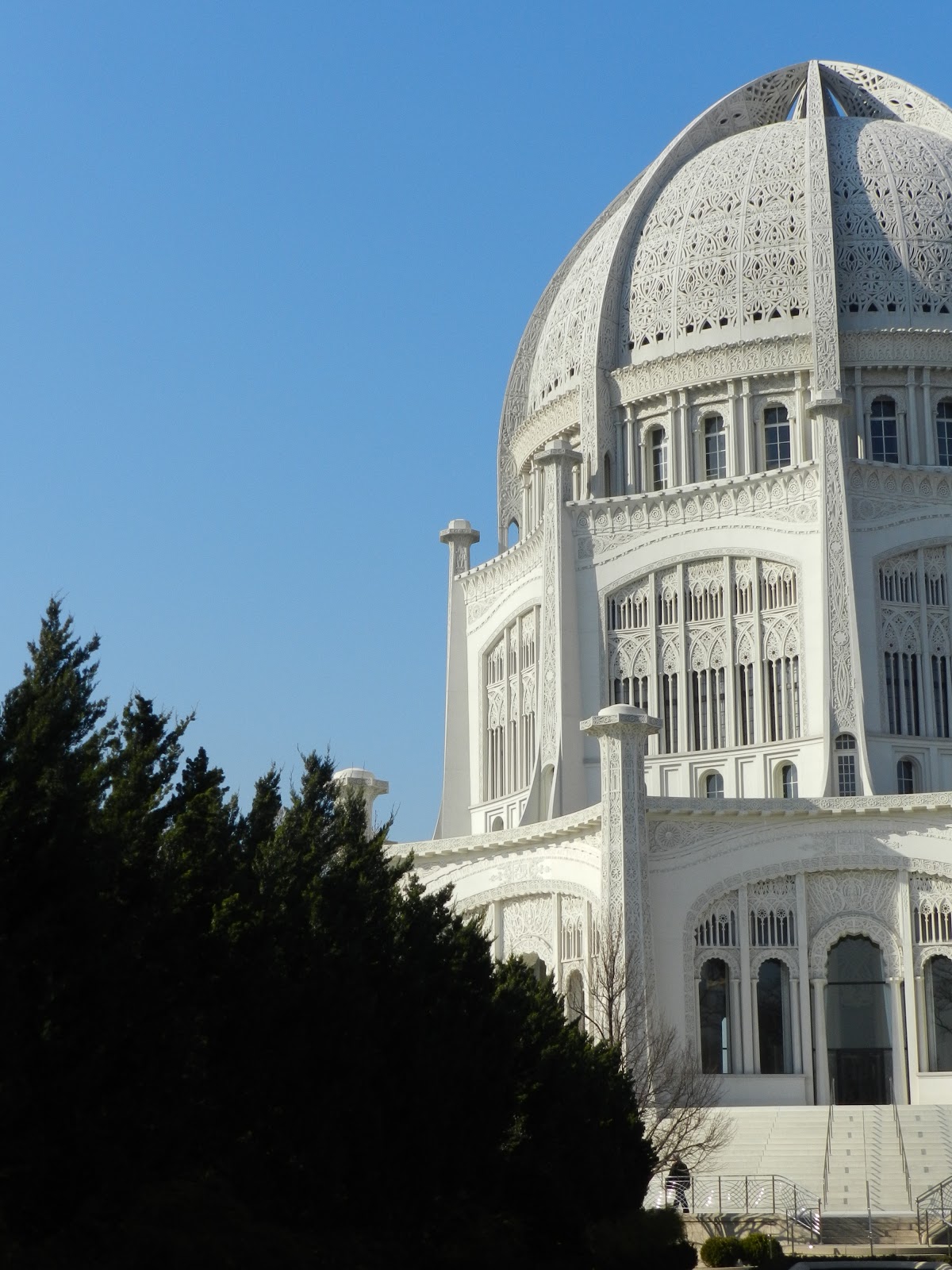 Sunday after church services in Chicago and hearing this beautiful message on gratitude, we headed to the Bahai temple. I love visiting other churches and Bahai is a fascinating religion I knew little about until last week. The religion focuses on the oneness of humanity, the oneness of God, and the oneness of religion. In the short service I saw they read from scriptures of many world religions (Bible, Koran, etc) without any commentary. The representative explained how they believed God sent messengers to the earth to establish religions that were needed at that time for that people in that culture. They see Abraham, Buddha, Mohammed, Zoraster, Moses and Christ as different but equal messengers of God. Religions are different because the people and cultures were different but now with the first Bahai prophet, God is trying to unify the world with one religion. So, every religion is basically true – and should culminate in Bahai.
Fascinating right? 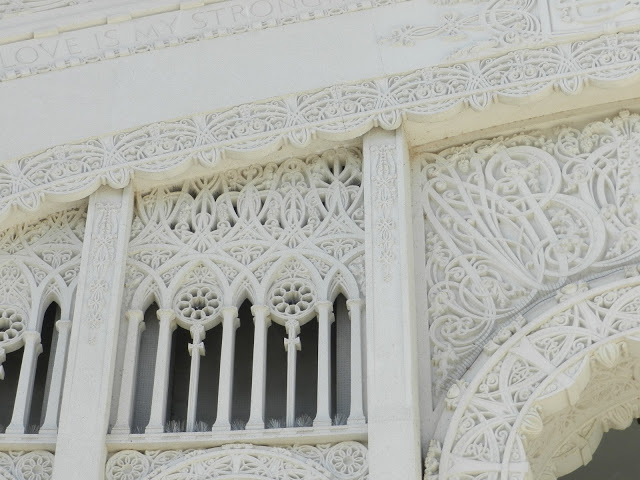 The young girl (and by young I mean like 27) who talked to me knew a lot about mormons and was so excited to find out I was a member of The Church of Jesus Christ of Latter-Day Saints. She enthusiastically showed me a 300 page book on the similarities between Bahai and my faith while expressing her love and respect for our members, beliefs, practices, and even Mitt Romney.
I believe there is truth in almost all religions. I believe their leaders are inspired and communicate with God. I believe that the same church established by Christ is on the earth today, and contains the fullness of all that truth. I also believe that Christ is my Savior, my Redeemer, and my Elder Brother. There were so many little similarities between Bahai and my views but one contrast stood out so clearly: To them, the man that suffered and died for all of humanity, redeeming the world, was just a prophet. They do not believe he is the Savior, Redeemer, or Son of God. How, I ask, can you read the Bible as scripture and miss that? Here’s a favorite quote of mine by C.S. Lewis (and then a lot pictures of the beautiful Bahai temple):
—
“I am trying here to prevent anyone saying the really foolish thing that people often say about Him: “I’m ready to accept Jesus as a great moral teacher, but I don’t accept his claim to be God.” That is the one thing we must not say. A man who was merely a man and said the sort of things Jesus said would not be a good moral teacher. He would either be a lunatic-on a level with the man who says he is a poached egg-or else he would be the Devil of Hell. You must make your choice. Either this man was, and is, the Son of God: or else a madman or something worse. You can shut Him up for a fool, you can spit at Him and kill Him as a demon; or you can fall at His feet and call Him Lord and God. But let us not come with any patronising nonsense about His being a great moral teacher. He has not left that open to us. He did not intend to.”

read the quote again.
and now enjoy the pictures. 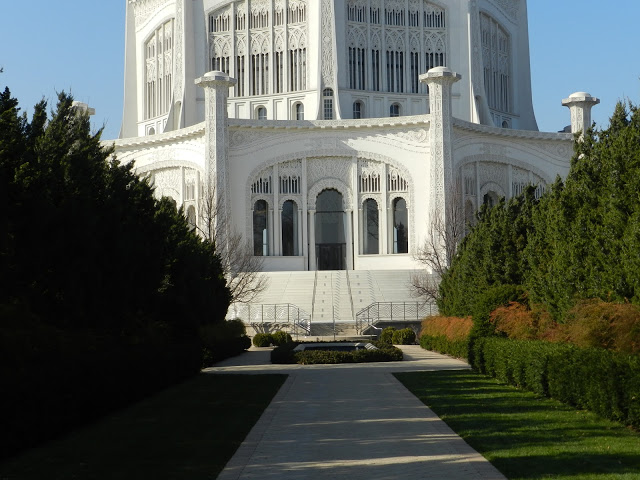 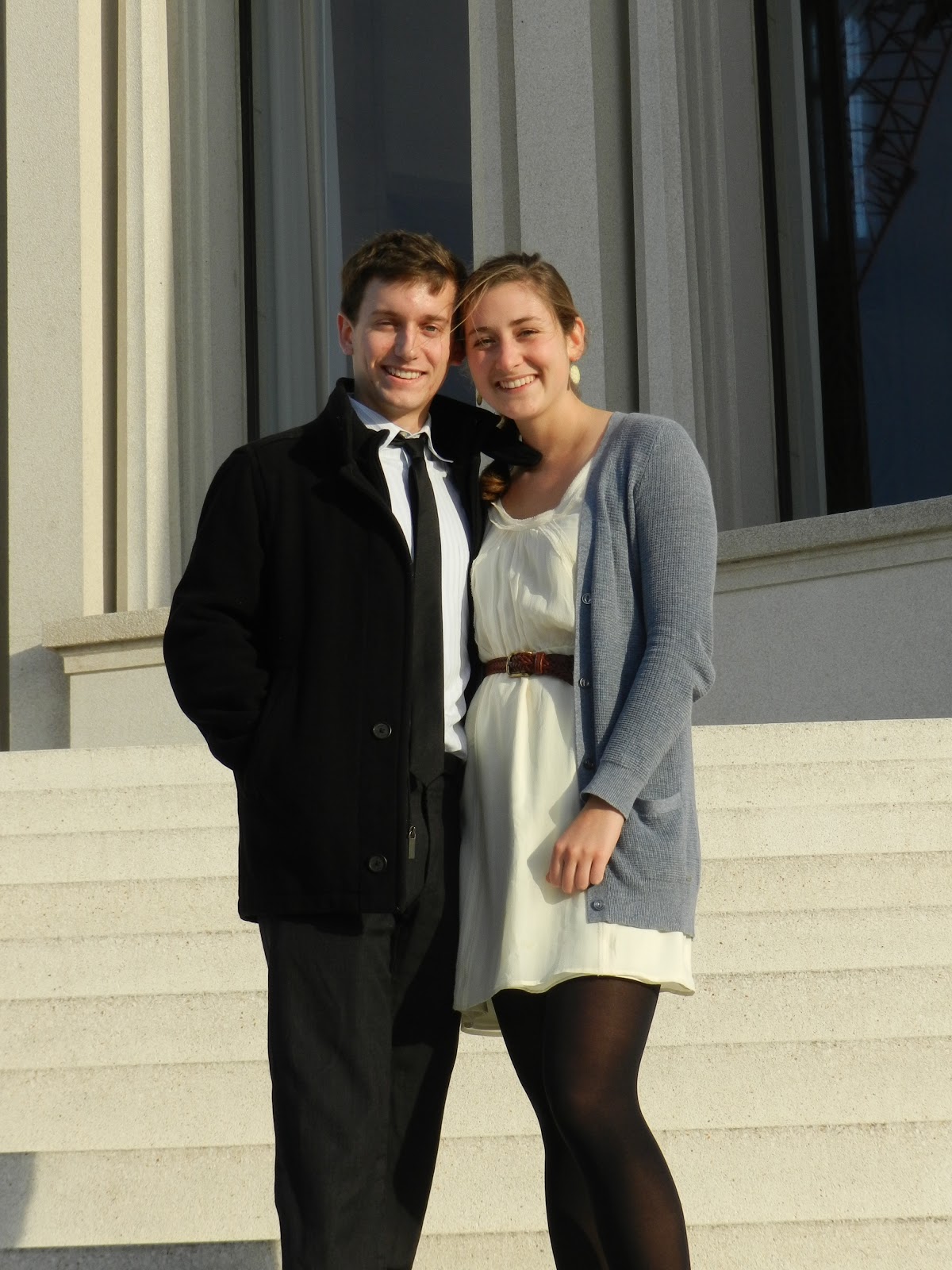 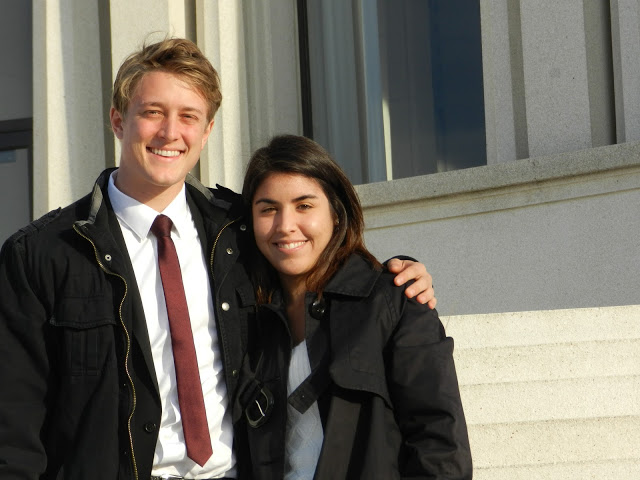 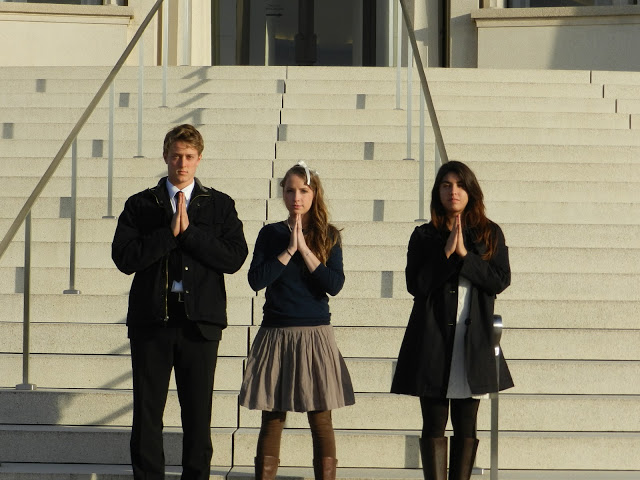 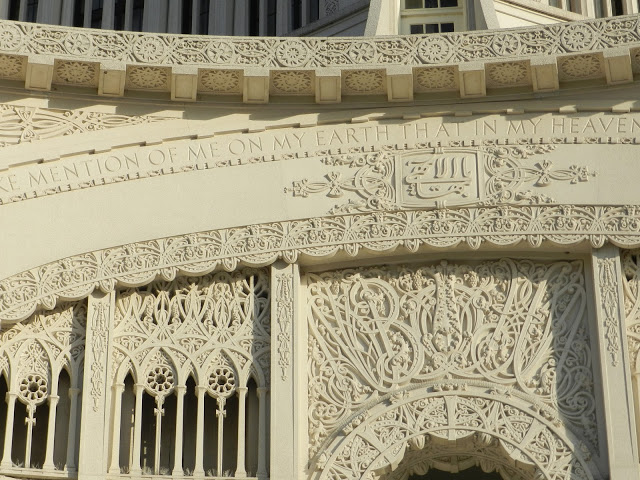 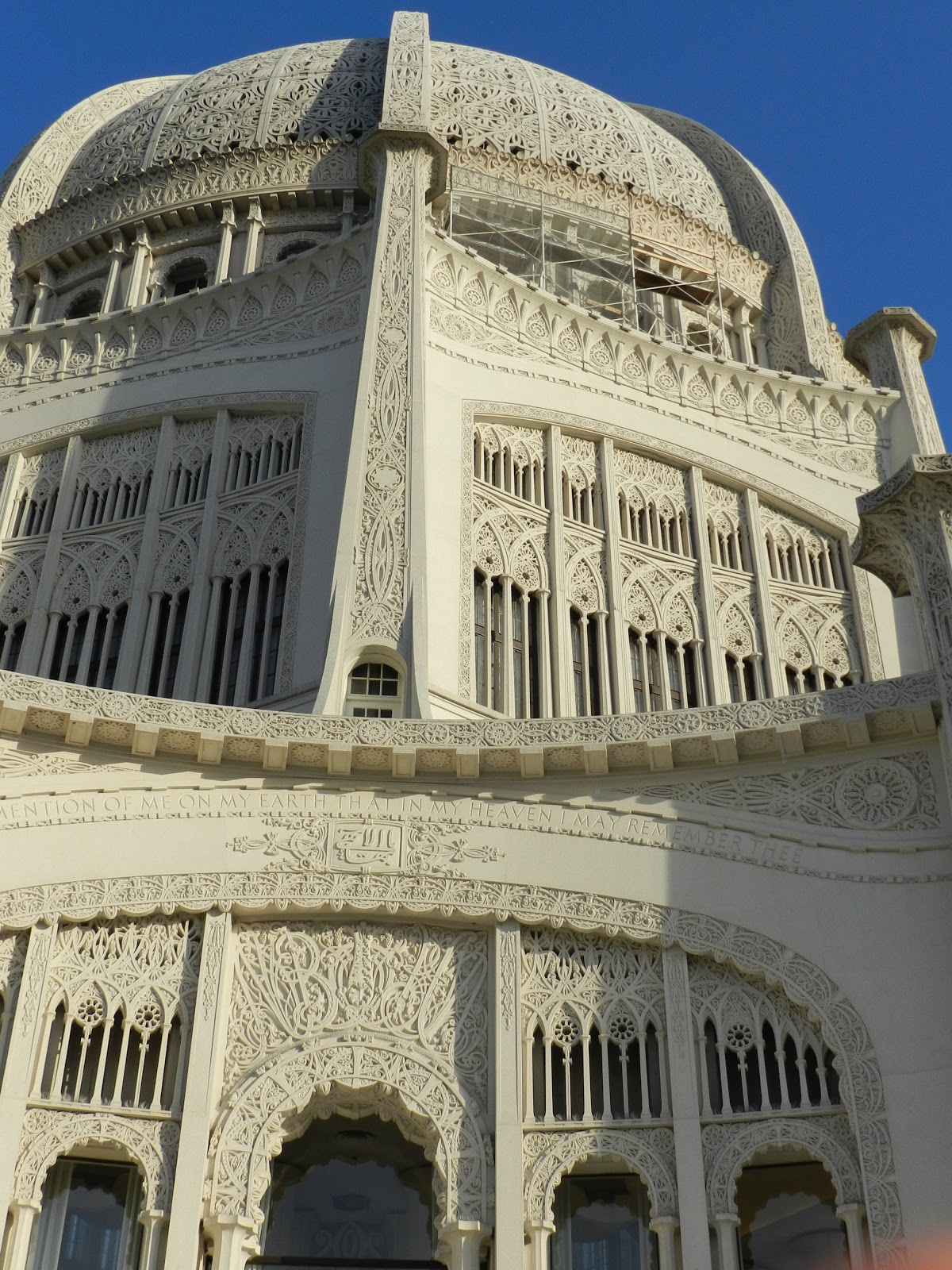 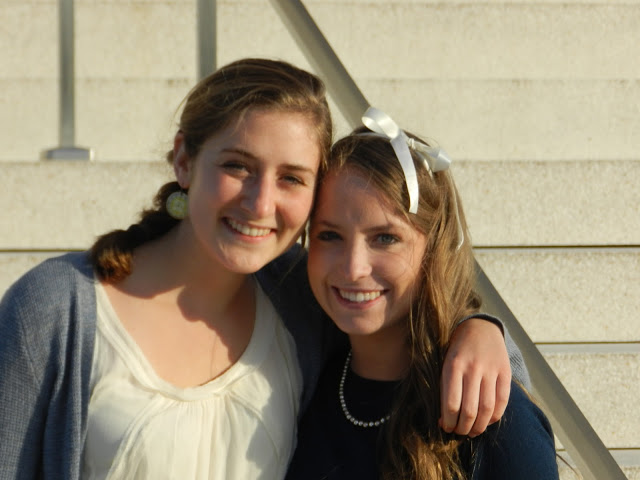 PS. I love having those kind of discussions about belief, life, and God. I admire people with enough conviction and joy in their religion to want to share it with others. Overall, a fabulous Sunday.
Have you ever heard of Bahai?
Do you enjoy going to other churches to learn?
Has anyone tried to convert you to something?

Previous Post: « When you have a day to tour chicago with friends…
Next Post: on the topic of friendship »