To set the scene:
We’d been dating for a little a month, exclusive for a little less. I had written in my journal the day before “I feel stronger and stronger about him with each passing day. I didn’t think emotions could develop this quickly.”

It was a Sunday evening. We’d seen each other most of the day. There was no school on Monday so we decided there was no harm in starting an episode of 24 at 12:30 in the morning. One turned into three, and he leans in, pulling me close, telling me how much he “likes” having me in his life. I decided right then and there I was not leaving that couch until he told me he loved me. I had to wait a few hours…
…”He took me by surprise…my heart stopped, and started beating like crazy at the same time. I had to catch my breath. I kissed him back. – a long, lingering, lips pressed against each other kiss. And then I buried my face in his neck- just holding him. I needed my first “I love you” not to be an “I love you too” and so I needed to wait. It felt like just seconds – but later he said it was like hours. I kissed him again and then put my lips to his ear and whispered the three words I’d been wanting to say for what seemed like forever. “ 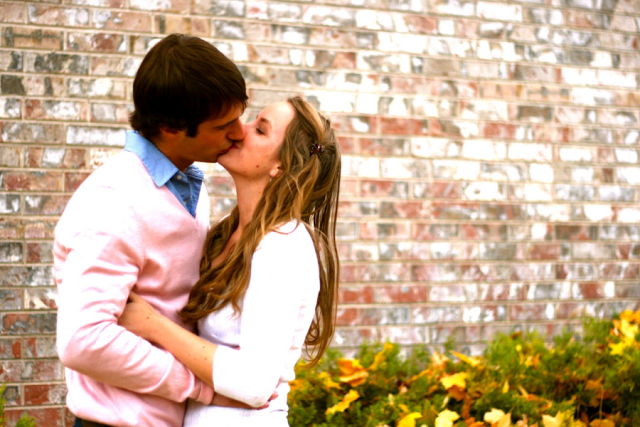 It all started February 20. And let me tell you, we haven’t stopped saying it since.

PS: He dropped off roses the next day with a note tucked inside “I love you. – Ben” Yes, he IS the best.