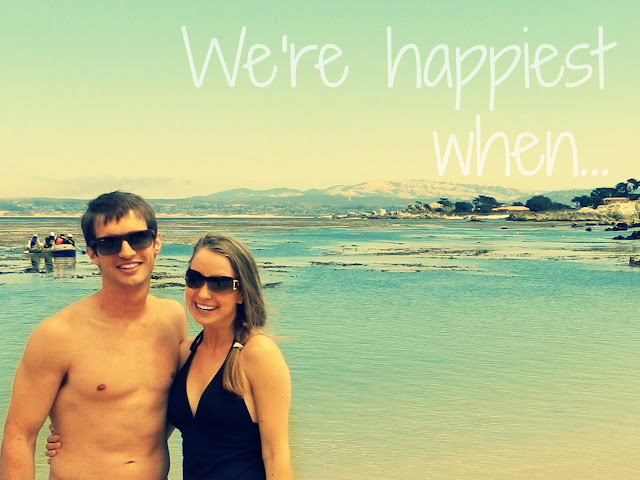 Happy Friday! Today is my last day of work for the summer and then school starts on Monday! Today I have a rather funny story for you. If you didn’t know, I’m from New Hampshire, and from a pretty politically active family. I spend most of my time at BYU studying political science and my evenings watching CNN. I try to read the New York Times on the daily and compete on BYU’s Model United Nations team. Granted, I am no expert on all things politics but I’d like to consider myself informed? I find it interesting to learn about both sides of the issues but I will definitely be voting Republican in the fall. Okay so on to the funny story.
On Tuesday my family got to see Romney and Ryan speak together which is always fun, but not that unusual for New Hampshire. Those politicians spoil us; The first time I saw President Obama he was strolling through a park talking to my mom. And so, being the new tweeter that I am, I hopped on twitter and posted something along the lines of:
“Family hung out with Romney and Ryan today. Why do I no longer live in NH? #jealous #romneyryan2012”
And then I made a mistake. In writing that tweet I decided to tag Romney and Ryan. Miss naive here thought you could only tag people you are following, and so I tagged the first Romney account and the first Ryan account that came up – didn’t give it a second glance, and headed off to work.
Six hours later I got back on twitter. Turns out I’d tagged a parody account for Paul Ryan, who turns out to be a super liberal comedian. Hilarious right? He’d retweeted me to his 52,000 followers! By that time my tweet had been retweeted over 30 times and favorite over 20. Lots of people had thanked me for the comedic relief and were trying to figure out if I was serious or kidding.
And then the nasty tweets started pouring in. Cue lots of vulgarity, lots of derogatory terms, a little political bashing but mostly personality bashing, some crude body comments,  blog hating, and personal attacks. I read the first 20 or so that came in and decided to stay off twitter for a few days. I’ve lead a pretty… charmed life? And by that I mean the worst thing anyone has ever said to me is that I was letting my life get too unbalanced when I started dating my first BF at 17.
Honesty its not that big of a deal. These people don’t know me. All they know is I support Romney for president and am not so good at rereading my tweets. (side note, I know it was a bunch of liberal democrats tearing me apart but I don’t doubt there would be a similar group on the other side willing to tear a liberal slip up).
I am grateful for it though. Because all it did was force me to remember where my self worth comes from. I am not a happy and confident person because people tweet nice things to me, or because people leave complimentary blog comments, or because I have a lot of friends (all things I love). My self esteem comes from knowing that I am a child of Him, with infinite worth and divine potential. I choose how I feel about myself and will not let those feelings be dictated by people who have nothing better to do than trash typos of young girls thousands of miles away from them. What they say is nothing that a few verses of scripture, a short prayer, and a kind reminder from my other half can’t fix.
So the result was a huge increase in blog views, a few more twitter followers, and a renewed sense of who I am and why I’m here.
I am happiest when I remember that, when I don’t let myself get caught up in the pettiness of others and let the confidence and peace come from within.
How do you deal with nasty people?
How do you feel most confident?
—-