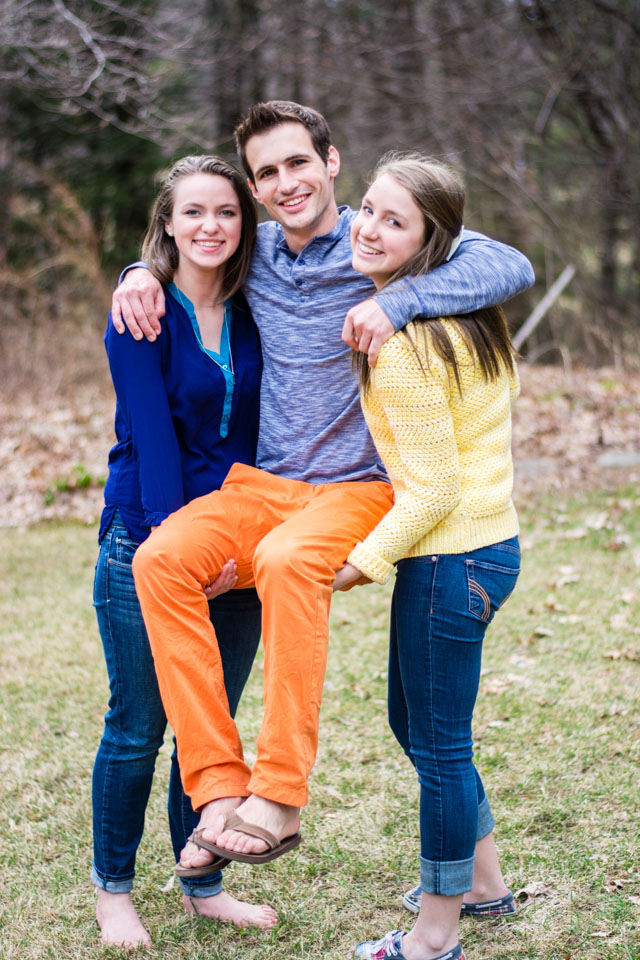 When Ben flew to New Hampshire at the end of July in 2011, he had met my mother once. He’d spoken with my dad over the phone. He’d never met my siblings.

He would marry me a week later.

I wasn’t worried they wouldn’t get along, and maybe if I had been, it would have been more important that that he interact with them before we sealed the deal. 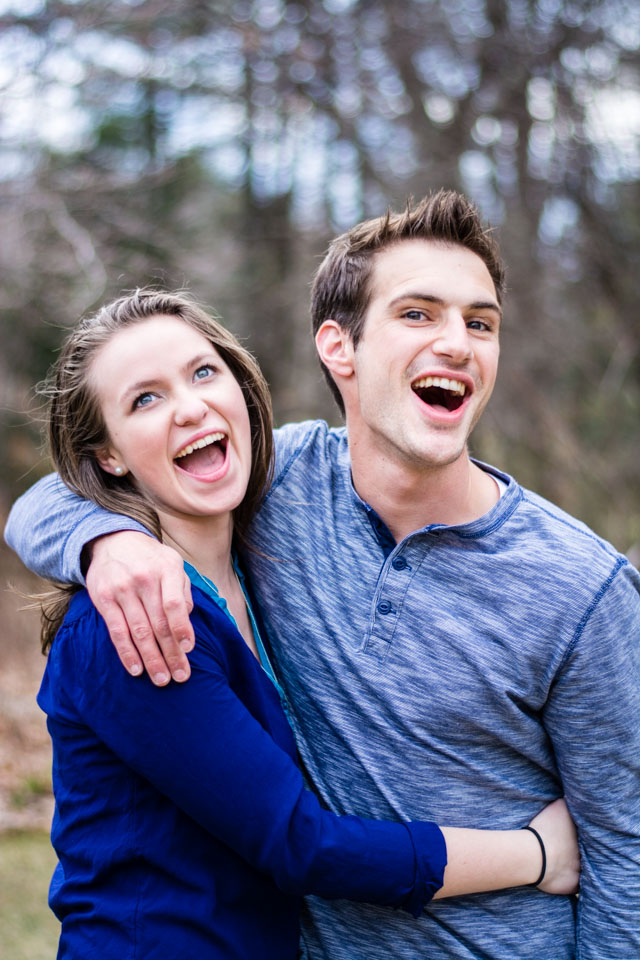 I remember Maddie that summer (I was home for a month and a half in New Hampshire before the wedding without Ben). She was always speculating. What would Ben be like? What would she talk to him about? Almost three years later I’m capturing moments like this. ^^^^ 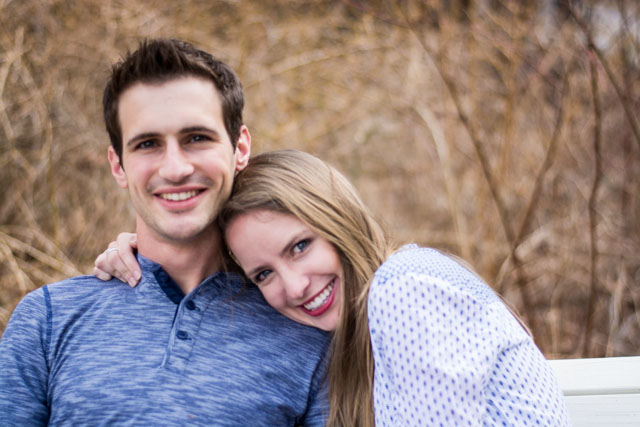 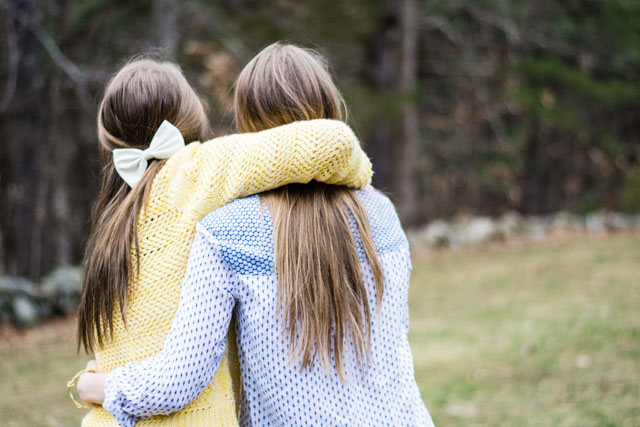 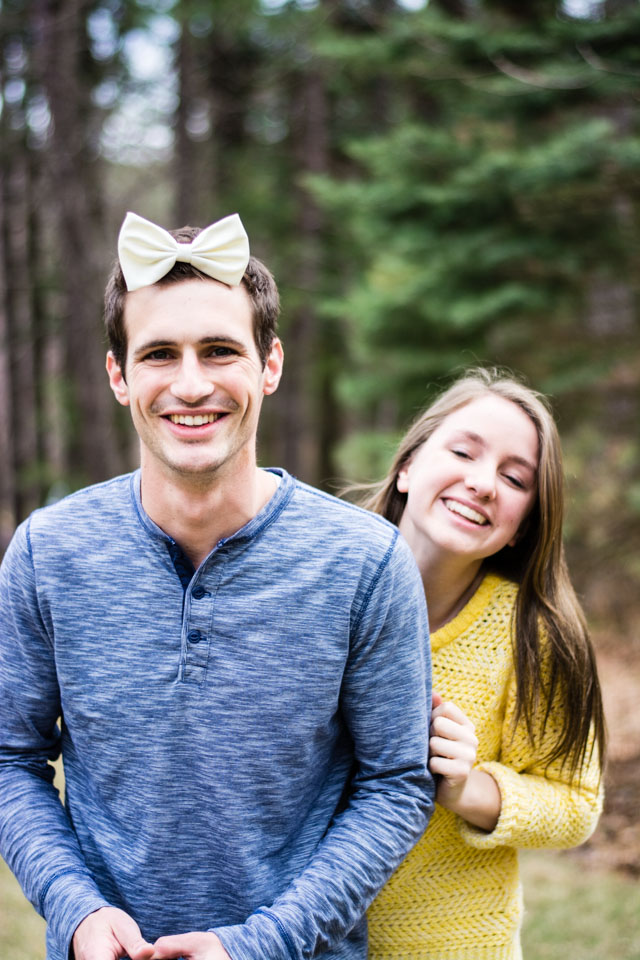 My sisters wanted to know why I haven’t been putting bows in Ben’s hair up until now. Clearly I should have thought about it already. 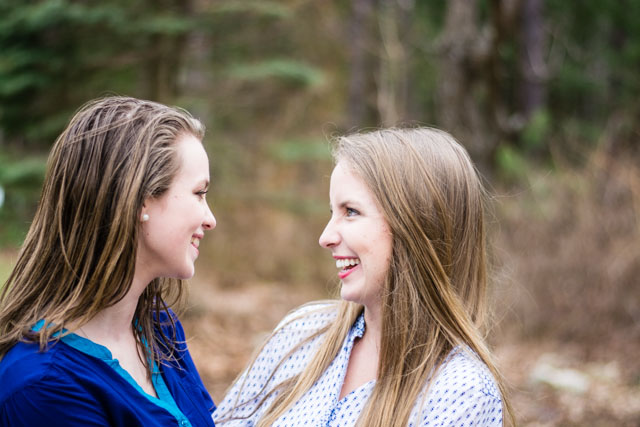 One thing I did notice about this trip is the difference between going home alone and going home with Ben. This past trip was my fifth home in the last twelve months (I feel so incredibly blessed for that) and my third with Ben. Of course when he’s with me we spend time with my family together and we do things just the two of us, but what I noticed this time is the difference with which I interact with my sisters. When its just me coming home its almost as if I revert back to life in high school, or maybe that summer I spent at home after freshman year. I’m just one of the sisters, young and immature. When Ben’s home with me things are a tad different. I’m the older sister now, married, and an example. But regardless, all five times there have been plenty of dancing around the bathroom – no boys allowed. 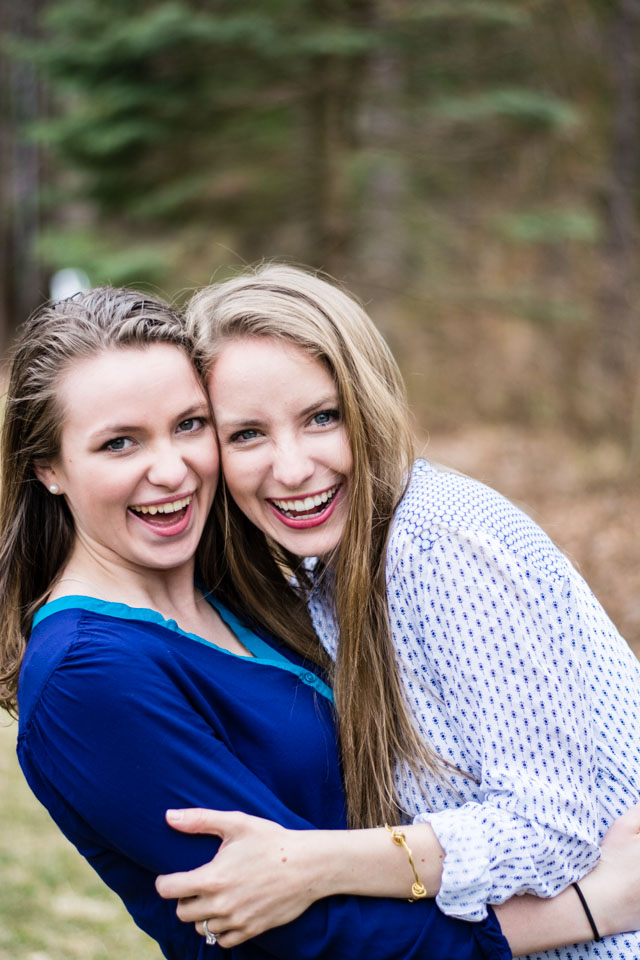 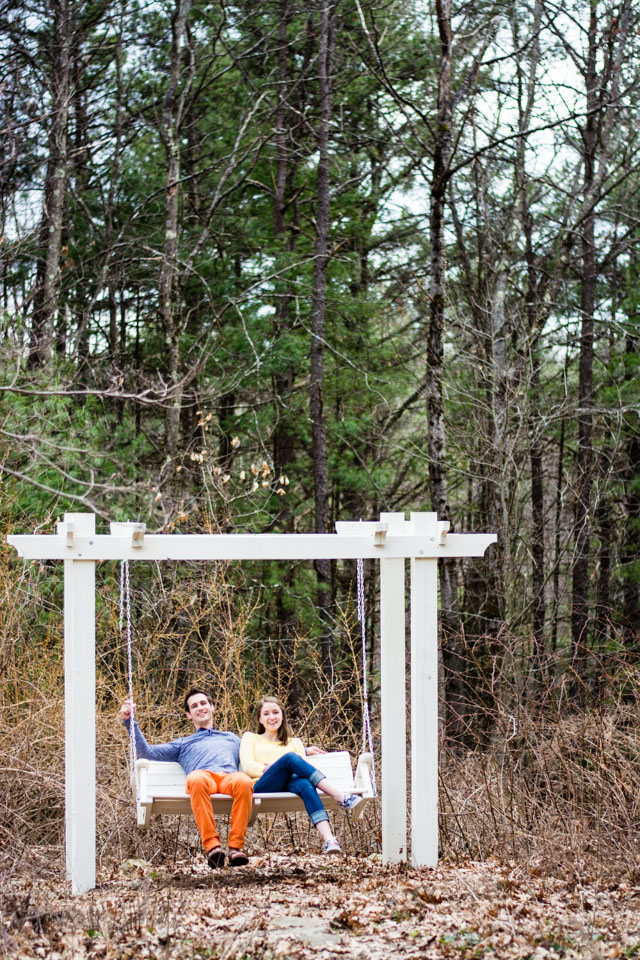 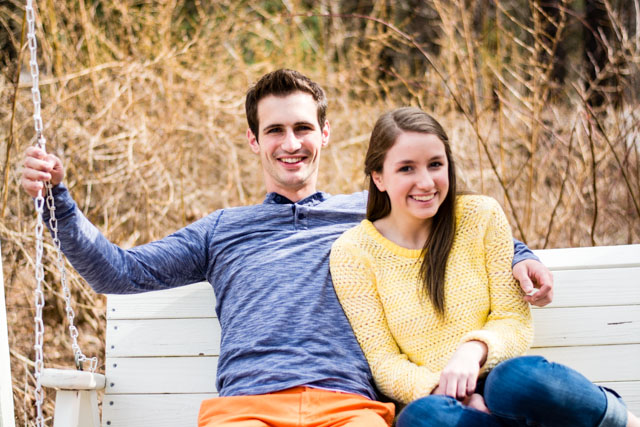 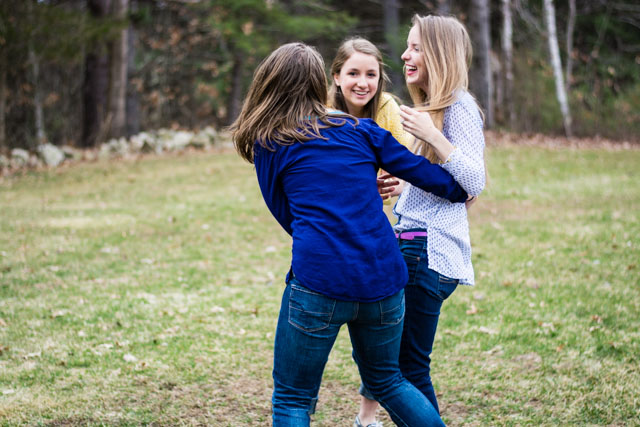 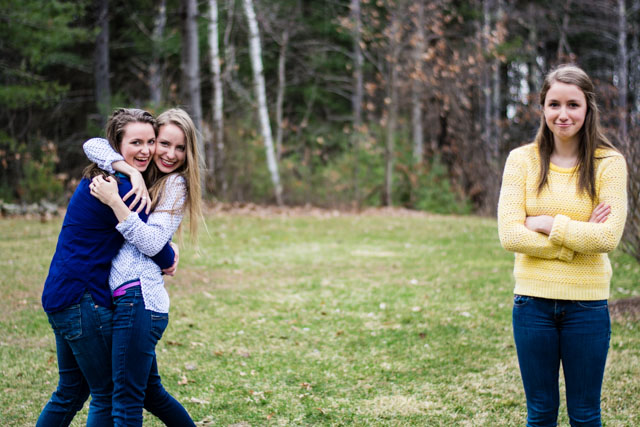 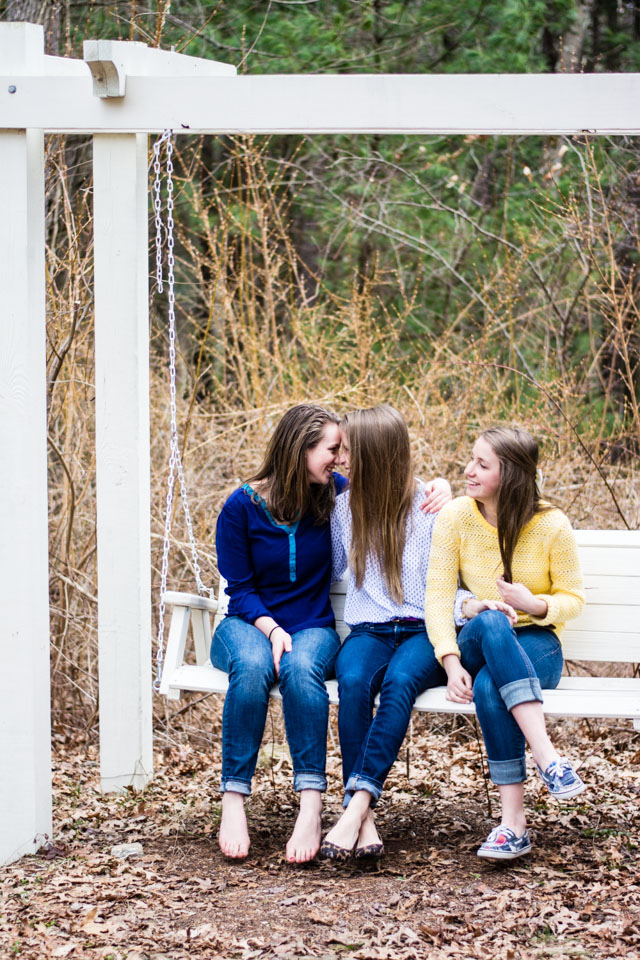 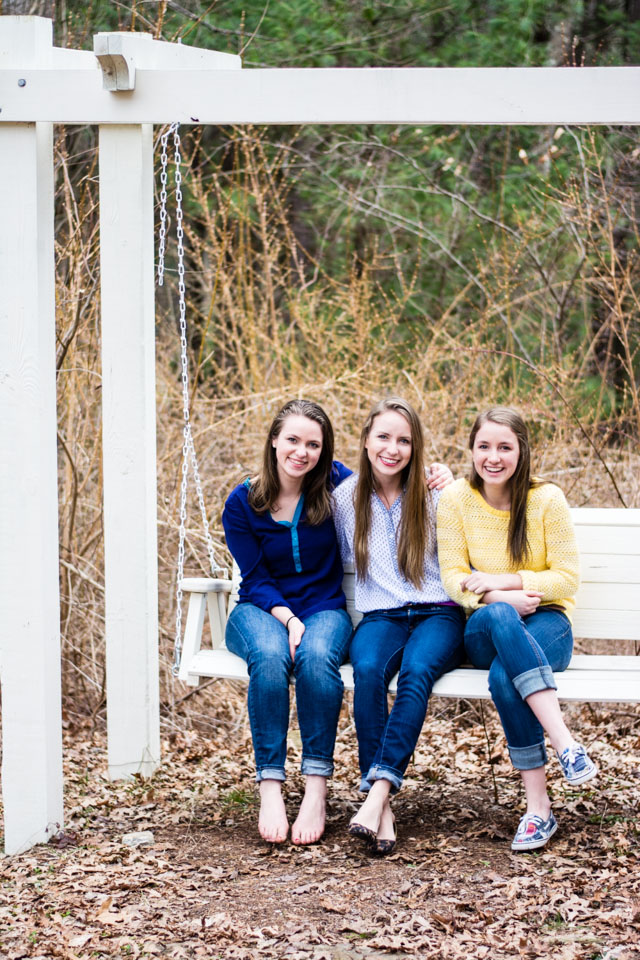 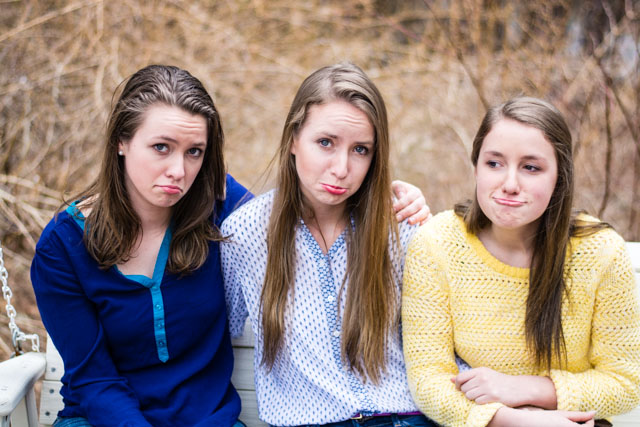 ^All pictures taken in my front yard about an hour before we left for Cincinnati. Hoping one day we get to live closer to these guys. 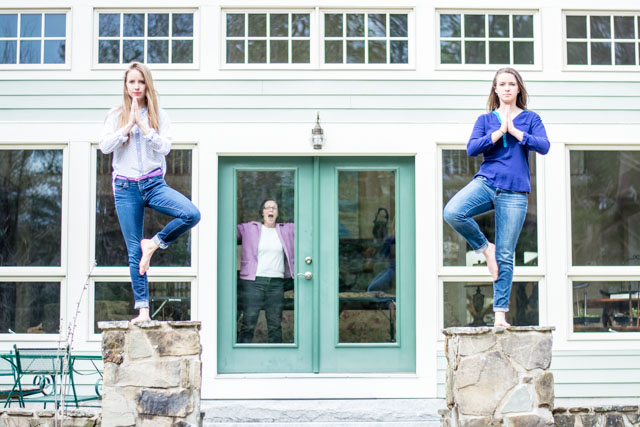 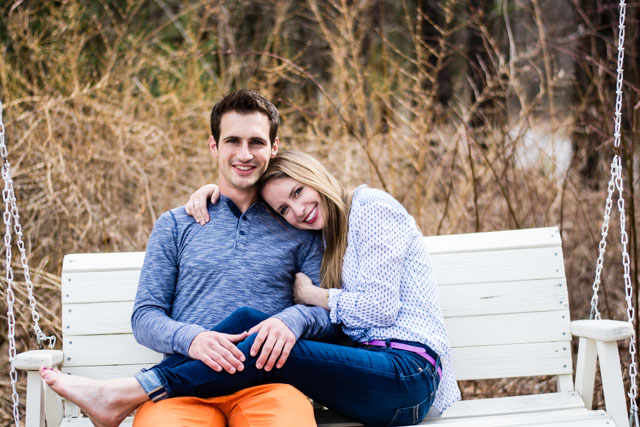 Speaking of being home in New Hampshire, I found this old post from my Christmas break sophomore year right after I’d met Ben. We texted most of that vacation and started dating shortly after.  (its also funny to see how my blogging has changed since then :P).
_____________
shirt: ℅ Aeropostale (last seen here)
belt: J. Crew
denim: Lucky Brand
flats: Nine West (all time favorite flats)