You are here: Home / everything else / I look 16: Then and Now
I came across this top photo this morning when going through old pictures, and then it struck me that I wore the SAME outfit to our “Girls Who Lunch” photo shoot last week. Granted I had on new capris (the ones in the first picture are still in my closet and I wore them last month), and updated footwear, but still. Five years later and a favorite shirt is still a favorite shirt.  I picked it up in London in ’07 and it was a bit risky then; I hadn’t worn anything close to a flowy top, but I liked it, and Europe was always ahead of New Hampshire in fashion, right?
Anyway, I swear I’ve been shopping since 2007, but I guess when you find something you like…
I’ve also realized when people still think I look like a teenager.. (when I met some of my mother-in-law’s friends this week they were astounded to find out I was married, and when I told them I was 21 they just smiled and told me I look no older than 16) .. I haven’t changed since 2007. 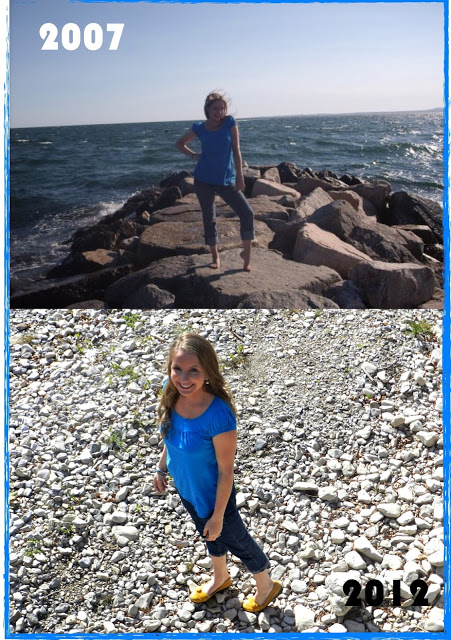 I would ask if you like the look better then or now, but its the same thing 🙂
Do you have any super old pieces you still love?