You are here: Home / family / He’s Home: a sweet reunion 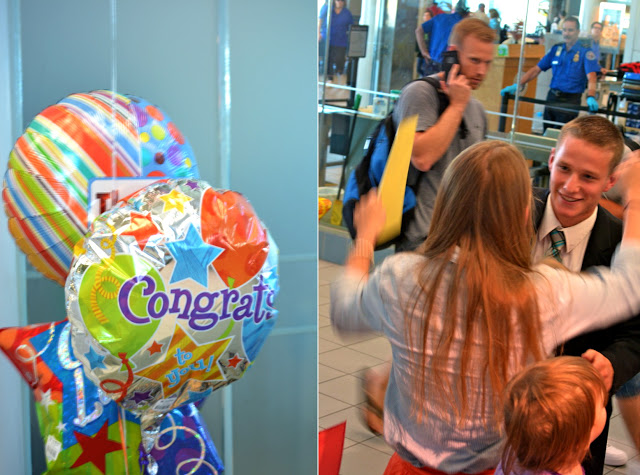 He’s home! There was so much emotion in that airport on Friday (and with all our signs and balloons we had TSA a little nervous). Of course we were incredibly excited to see Caleb after two years and the fact for those two years communication had consisted of letters, emails, and four phone calls added to the excitement. The fact that those two years had been spent serving others and the Lord also added something to it. Waiting for Caleb to walk off that plane I was so proud, so honored to call him my brother, and so inspired that this 19 year old boy had given up two years of his life for something we both believe in.
I knew he had changed – I hoped and expected he would -Two years of service should change anyone, but all fear that he had changed into someone we wouldn’t know, too different from the punk of a little brother he was when he left evaporated about forty five seconds after he got off that plane. He’s home, he’s learned a lot, and he has definitely grown up and gained perspective..but he is still the Caleb I dropped off at the Missionary Training Center two years ago.
Here are a few pictures from the airport and the bbq we had the following afternoon: 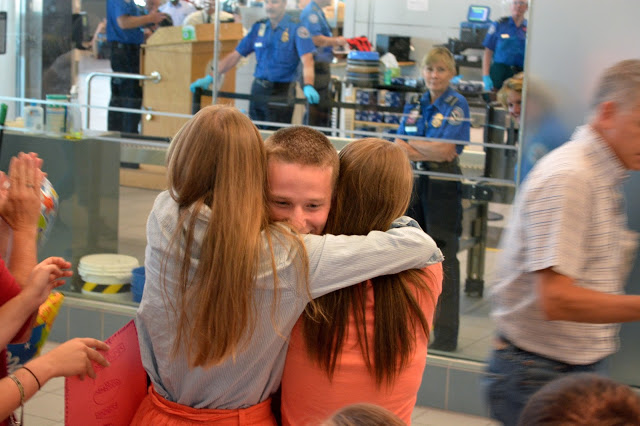 ^^our first hug (after mom got to him first) 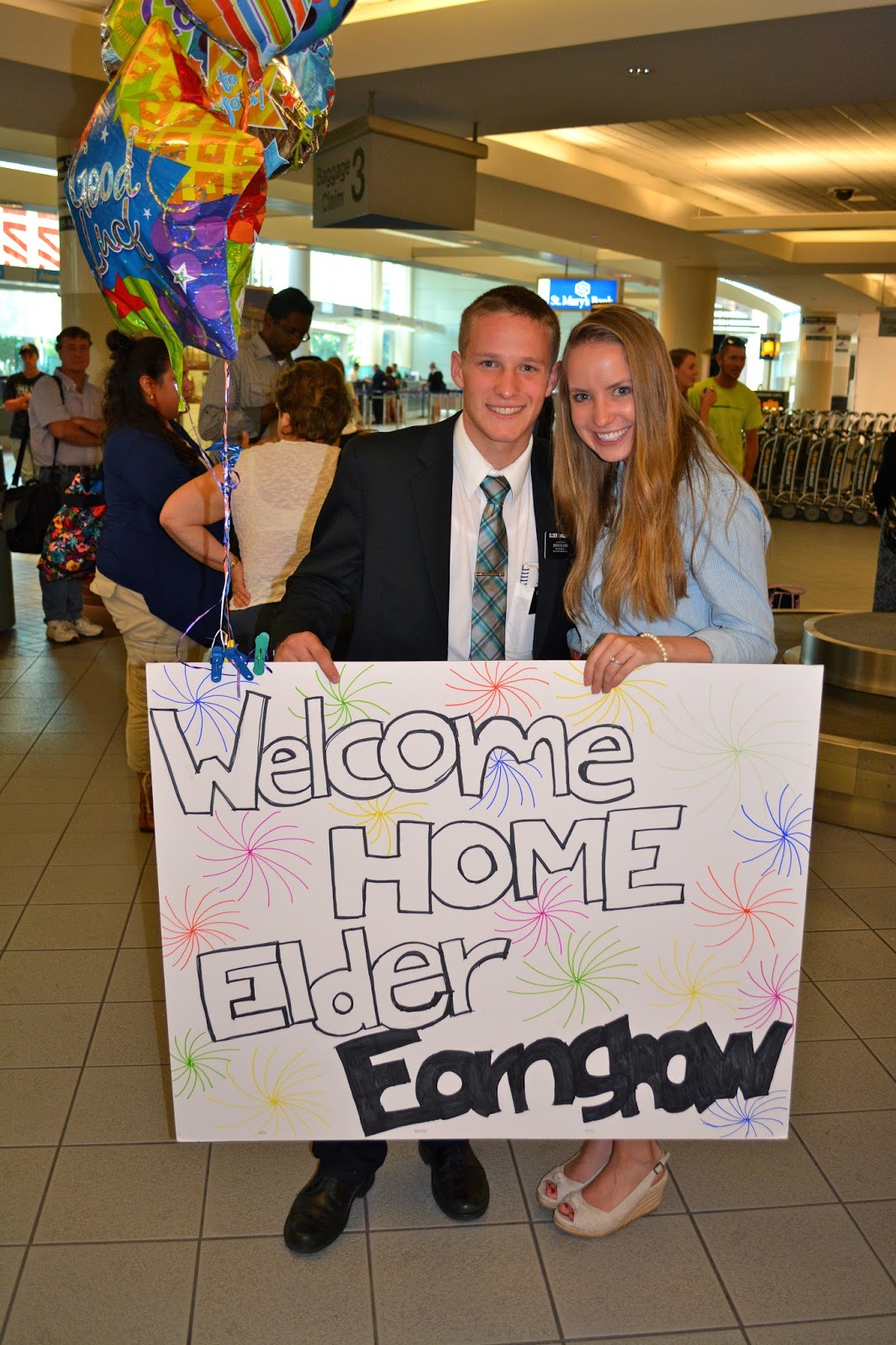 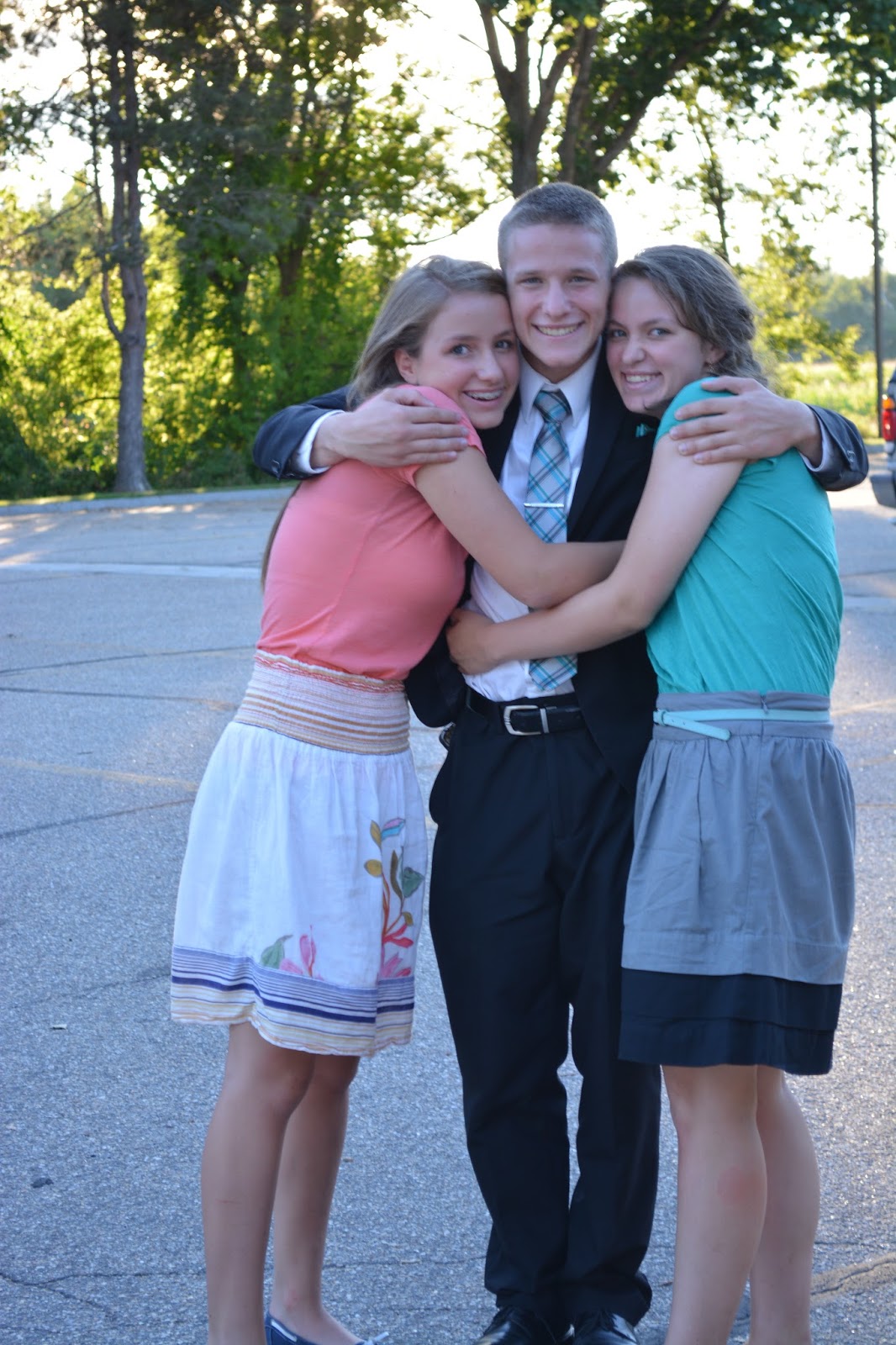 ^^his little sisters missed him … we all did 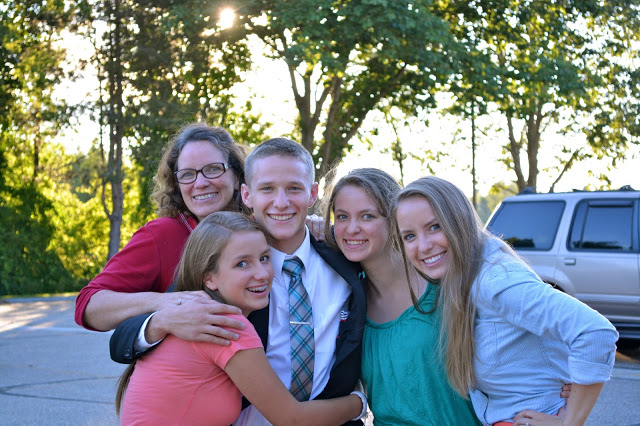 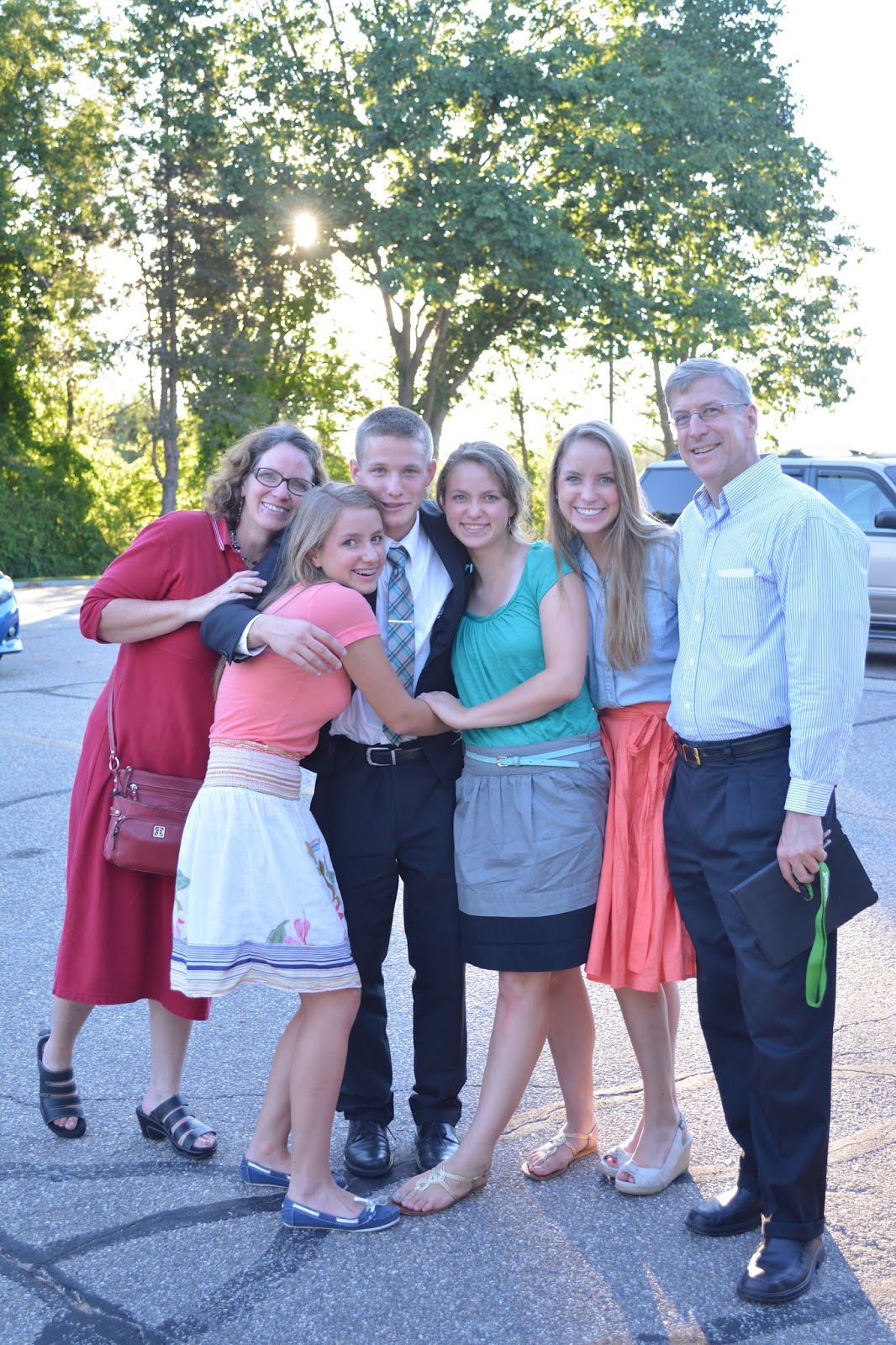 ^^all together again for the first time since I got married 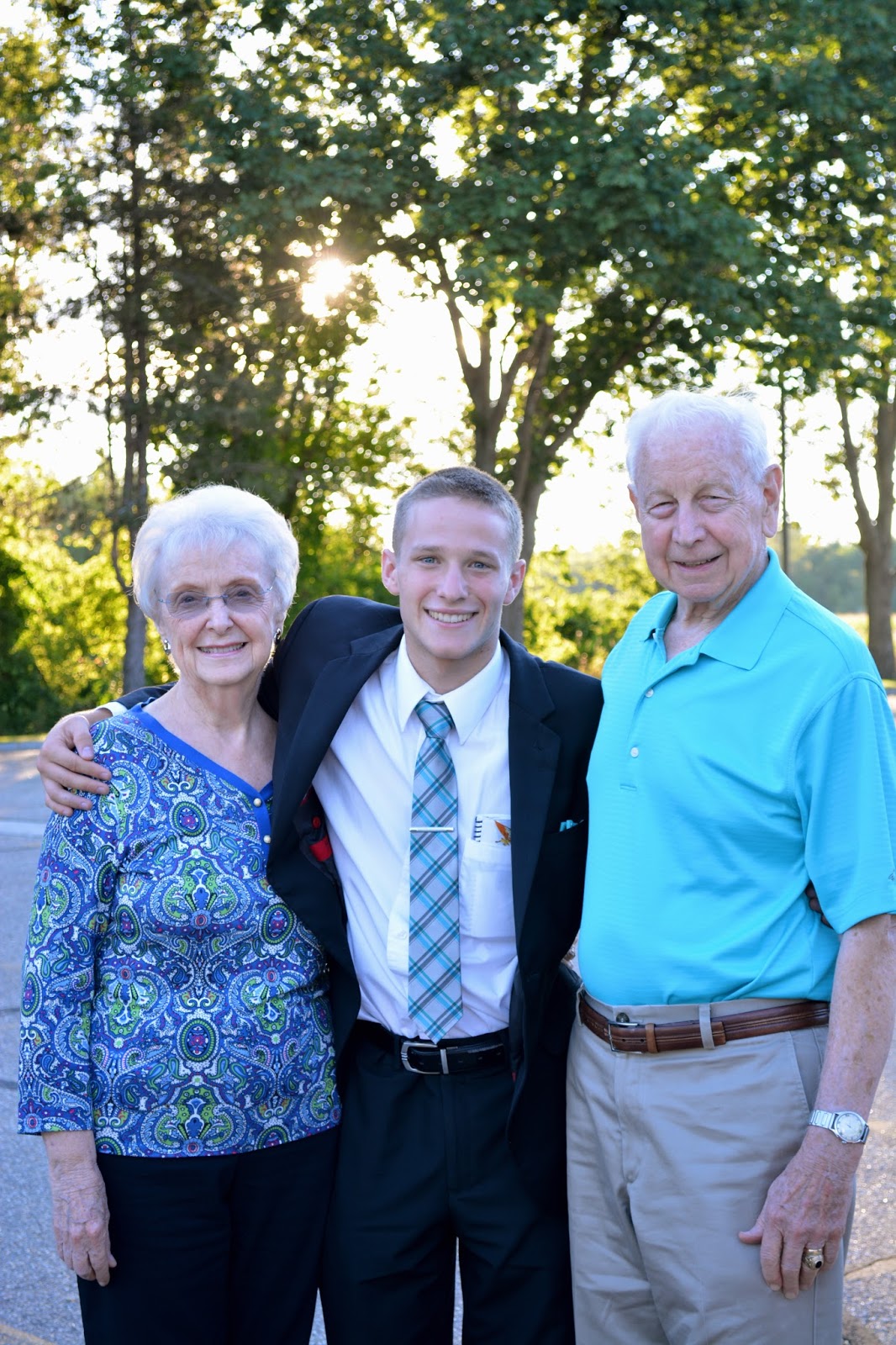 ^^ We are so grateful to have such wonderful and supportive (and youthful!) grandparents. When Ben and I are into our eighties I hope we can be as happy, active, loving, and grounded as these two. 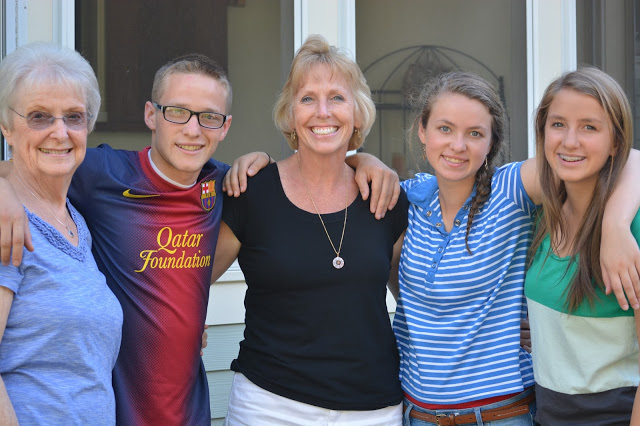 ^more family at the bbq 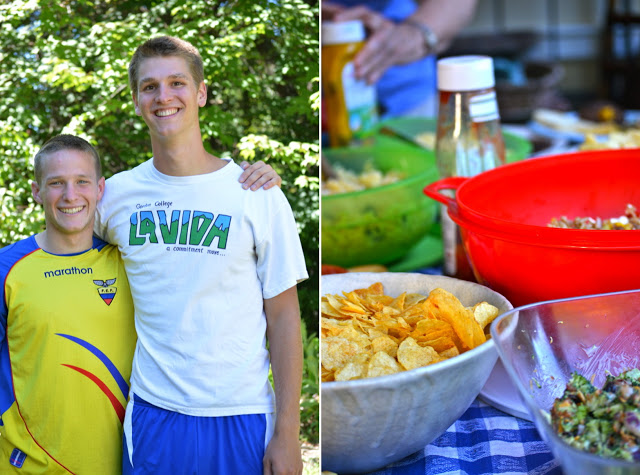 So many delicious salads ^^ 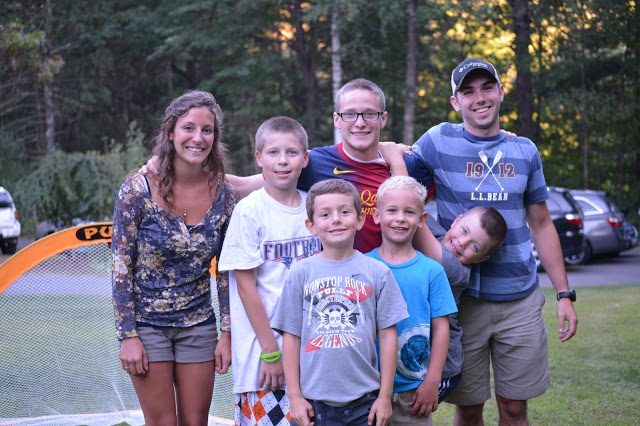 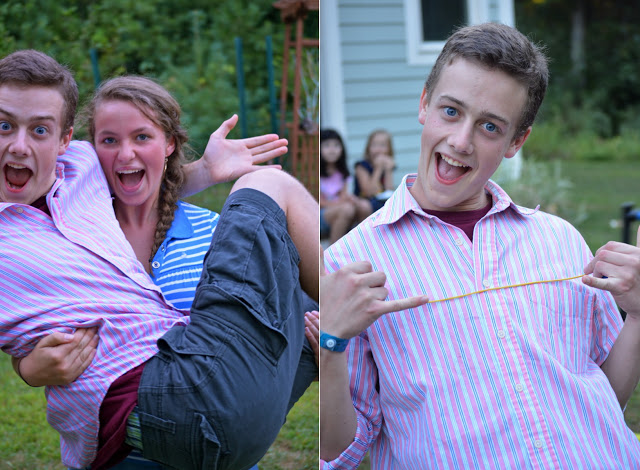 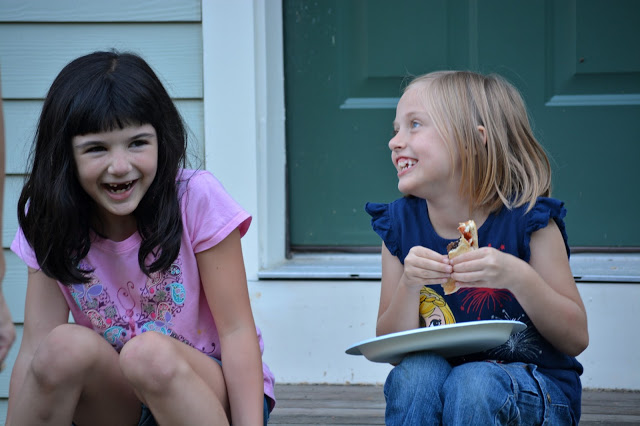 ^^this picture of childhood joy was too cute not to share