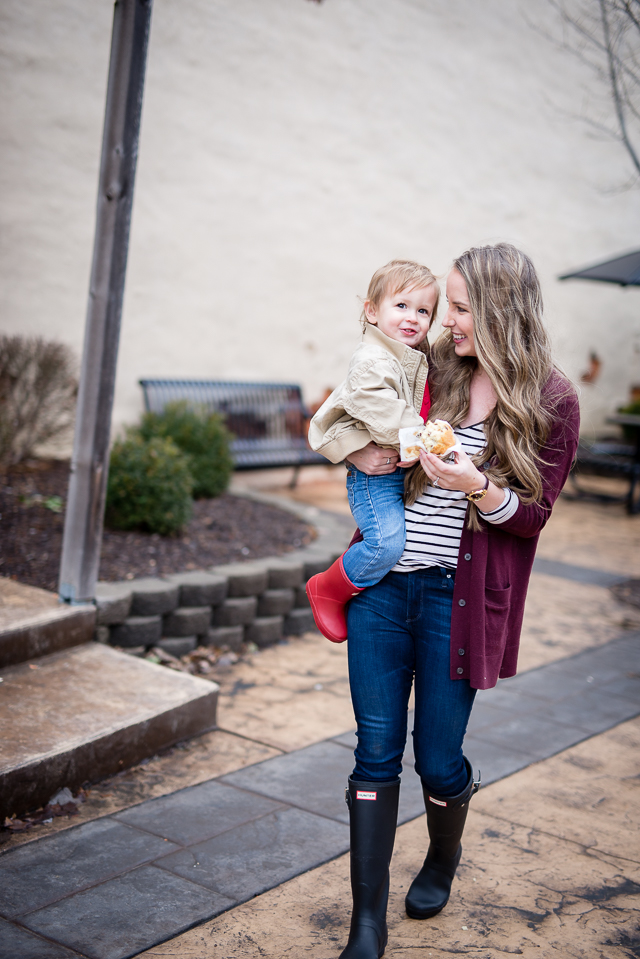 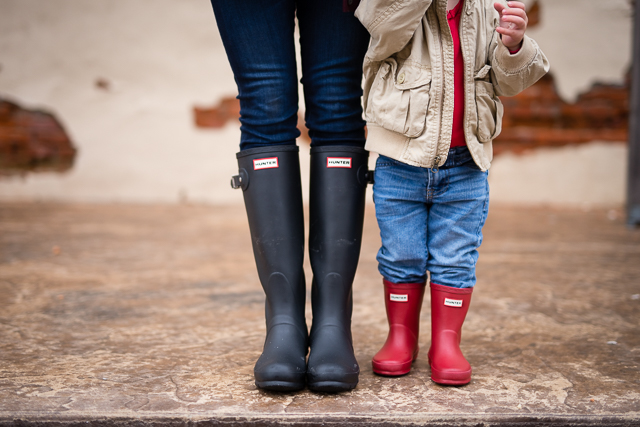 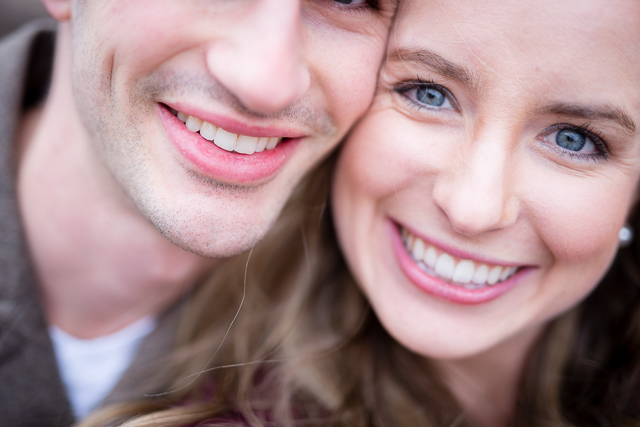 Not my finest motherhood moment, but not my worst either.

I was unloading Lincoln into the stroller when Ben announced from the car door, “I think she pooped.”

Diaper changes from the back of the car are not unusual around these parts.

But we were only planning on a short little family date downtown, nothing more than 45 minutes of grabbing snacks from our favorite cafe and walking around, and so I had diapers and wipes, but no fun toys, no heavy duty ziplocks, and no extra sets of clothes.

Adelaide needed that extra set of clothes (and guys, I took a picture, but out of respect to future Adelaide, I will not post the picture of her up to her neck in… but I have it just to laugh at …and maybe use as blackmail).

After a fruitless search for baby clothes in the car we had two options, pack up and go home before our family outing had started (although I guess at this point it had lasted a solid 12 minutes of diaper changing), or carry on with a half clothed infant on a cold and drizzly day.

And if it had been Lincoln at seven months I would have packed up the car and rushed us all home. But it was baby #2, and I’ve calmed down quite a bit on the mothering front, so we wrapped Adelaide in the three blankets, gave her Lincoln’s hat, and loaded both kids up in the stroller.

And that little squirmy  baby was out of all three blankets in a matter of minutes.

But hey, Lincoln loved that muffin. And Adelaide didn’t get sick.

Well, she didn’t get sick then, three weeks later and she’s actually quite sick at the moment. If you have any magic solutions to infant colds I’m all ears.

This little date was a good reminder that time together doesn’t need to be planned or elaborate. Sometimes its as simple as getting out of the house for a walk and some baked goods, clothing optional. 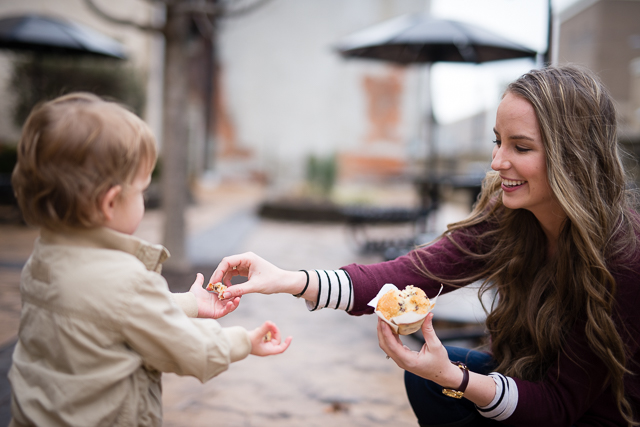 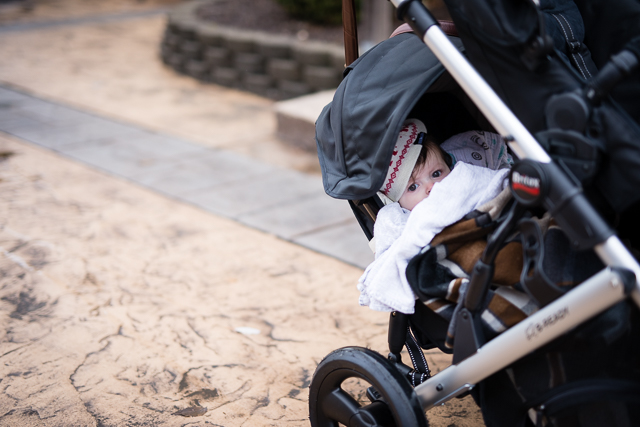 ^see, at one point she was bundled up 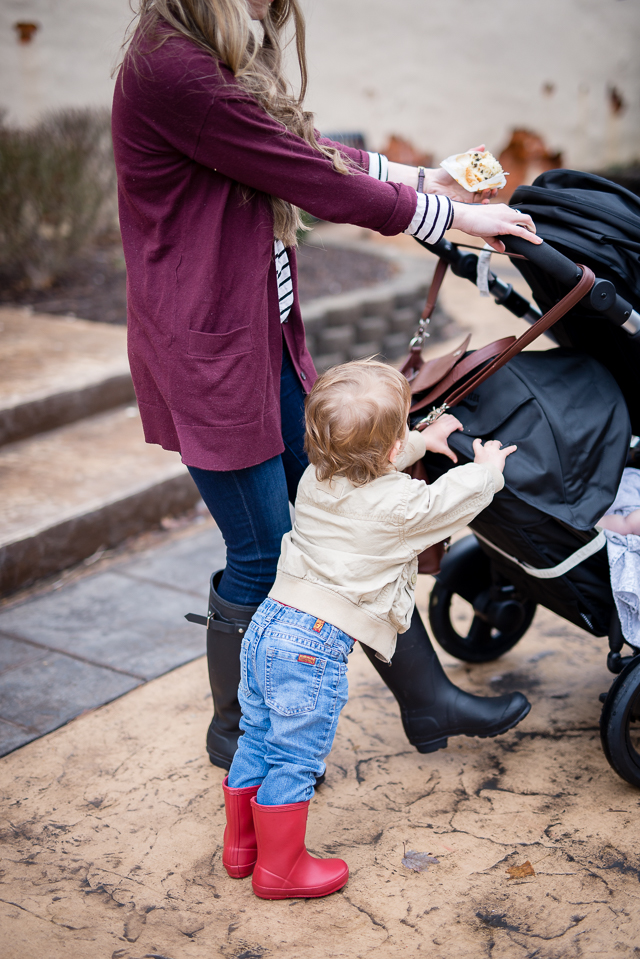 ^he would rather push the stroller than just about anything else (but really, even from the time he could barely walk, he’d ask to get out of his stroller and push it) 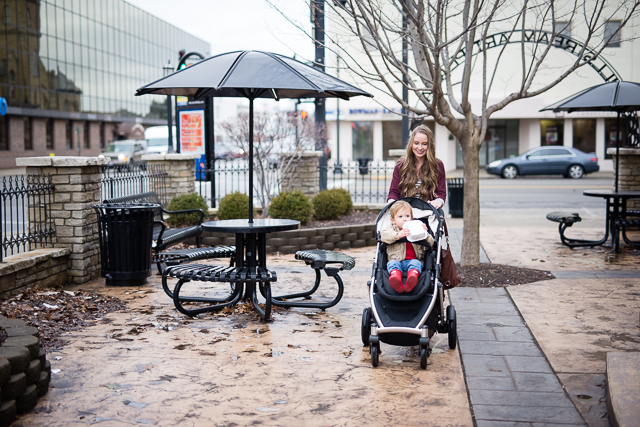 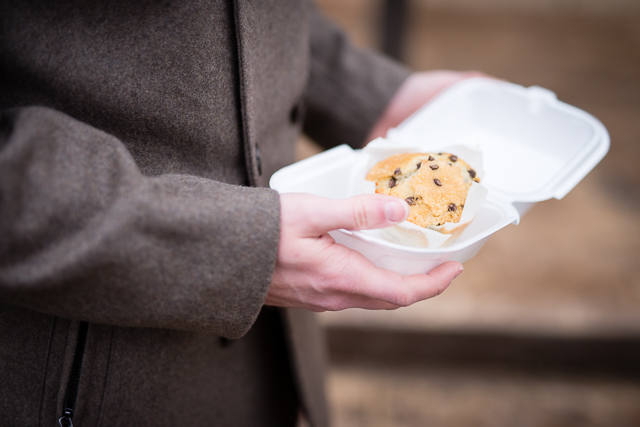 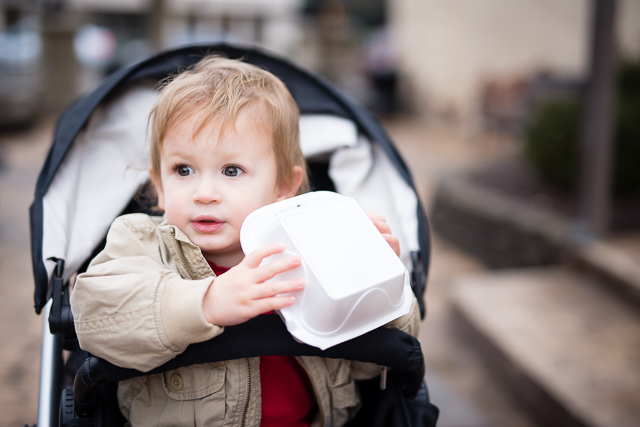 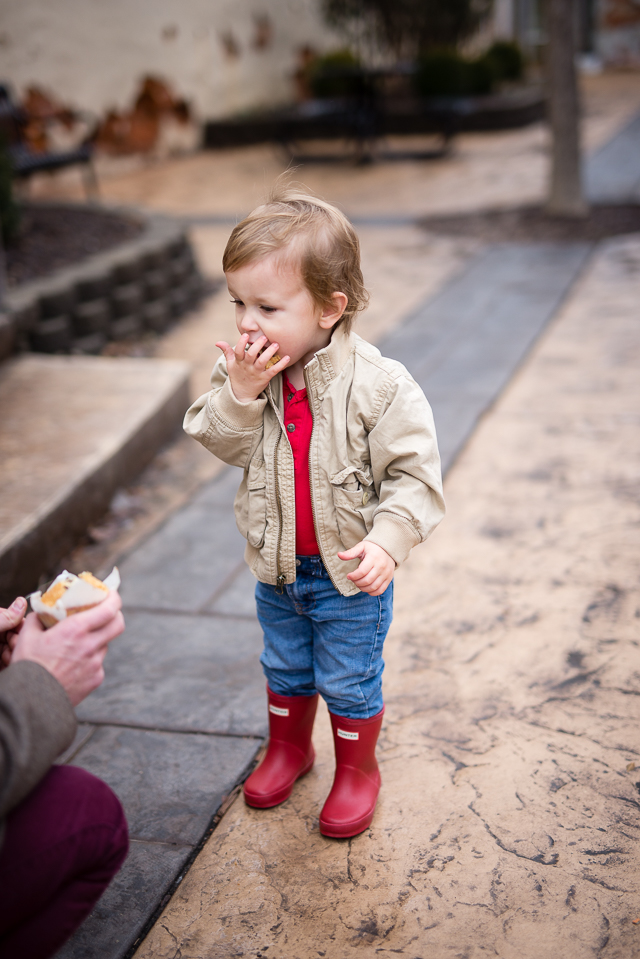 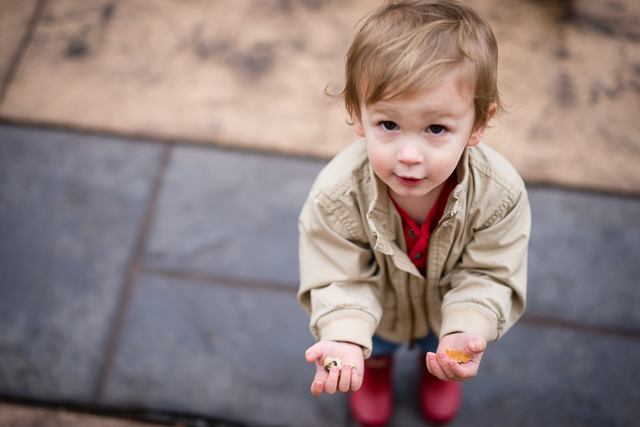 ^he wanted a piece in each hand at all times 😛 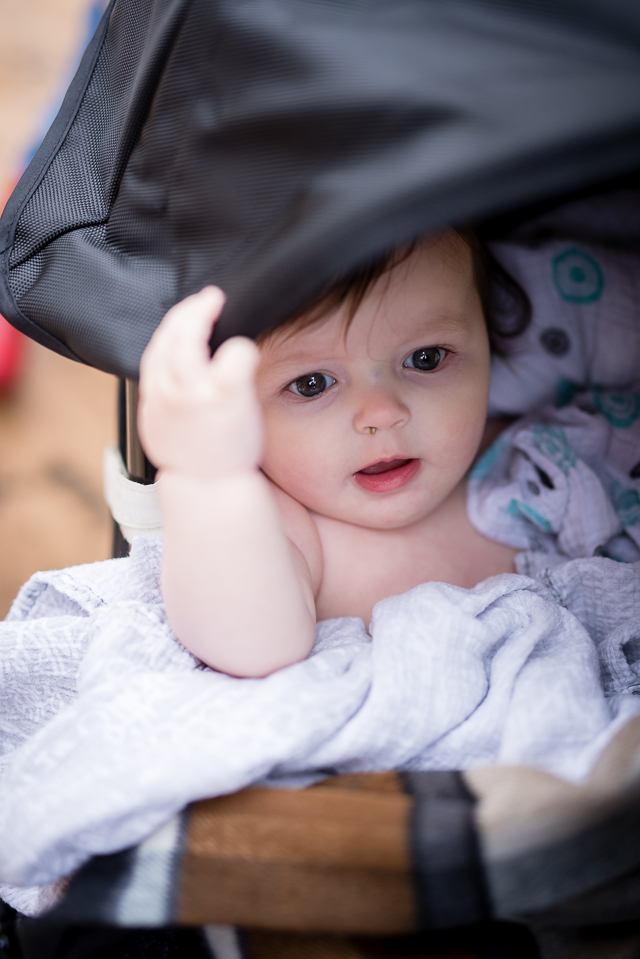 P.S. When Ben asked Lincoln if he wanted to wear his boots because there was a forecast of rain he promptly picked up one of mine and brought it to me on the other side of the house saying “mama, boot!” He loves wearing our matching boots almost as much as he loves wearing matching pajamas with Adelaide. It’s basically my favorite thing.

his boots here, mine on sale here