Skip to content
Did you know today is World AIDS Day? (well, December 1)
Did you know 33.3 million men, women, and children suffer right now from AIDS?
2/3 of those are in Africa.
2 million are children.
This post might be rather long, but for their sake, stick with me. 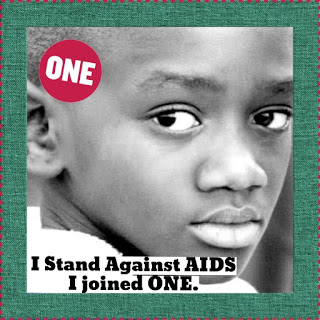 Right now I am taking a model United Nations course.
On Tuesday I addressed the ‘General Assembly’ (main body of the UN) representing Ethiopia.
—-
One disease ravages 33 million people across the globe.
One disease continued to be spread because of misinformation and lack of services.
One disease can be stopped.
In Ethiopia we understand first hand the devastating effect AIDS has on communities and lives. And now that AIDS is exploding across the world in India, the Carribean, and South America, it has become a global issue . That is why we support the new 2015 Aids initiative adopted by the GA and look forward to the future with hope.
As we head into the fourth decade of AIDS, we are finally in a position to end this epidemic. The progress we have made so far is proof that we can realize our vision of zero new HIV infections, zero discrimination and zero AIDS-related deaths.
These numbers are already falling. HIV infections have decreased 20 percent since 1997 and just last year 700,000 lives were saved.
Synergies between prevention and treatment are speeding up progress.
But to end AIDS, we need to deliver even greater results.
This June you know we adopted bold targets for 2015
It is only with strong political will, reasonable financial resources and a firm human rights-based
approach, that we can achieve all of these targets.
Financing will be critical to success. I urge all member states fully fund the global investment target of up to $24 billion annually.
The results would offset the upfront costs in less than one generation.
We must build on the political commitments, investments, energy, activism and
determination that have brought us to this turning point.
The framework is in place. The numbers are falling.  Let us bring that 33 million to zero.
—
This is where you come in.
You don’t have to donate money.
Just join in joining ONE.
ONE is a grassroots campaign fighting disease in Africa.
This is what we do:
Backed by a movement of more than 2.5 million ONE members, ONE achieves change through advocacy. We hold world leaders to account for the commitments they’ve made to fight extreme poverty, and we campaign for better development policies, more effective aid and trade reform. We also support greater democracy, accountability and transparency to ensure policies to beat poverty are implemented effectively. ONE is not a grant-making organization and we do not solicit funding from the general public. As we have always said, at ONE, ‘we’re not asking for your money, we’re asking for your voice.’
As part of joining ONE, I designed this quilt square that goes on the world quilt on the website. You can do the exact same thing. 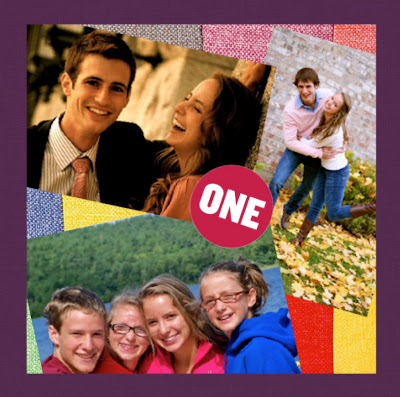 Click my quilt square to see the global quilt.
And then spend three minutes designing your own panel.
Join One.
Help bring the 33 million to 0.
and then LINK UP
This link up will be going on for the next year. I will bring this post back and give new readers an opportunity to fight AIDS (and see your quilt squares and give traffic to your blog).
1 year of traffic.
My blog is small now. It wont be in a year.
If you don’t feel strongly about AIDS, then just help yourself and your blog stats.
Either way.
I know that hundreds of people look at this blog everyday.
You don’t have to have a blog to join this. Make your patch. Add a picture of it and link back to ONE or to your facebook, or to anything. Just do it.
Link up – and spread the word.