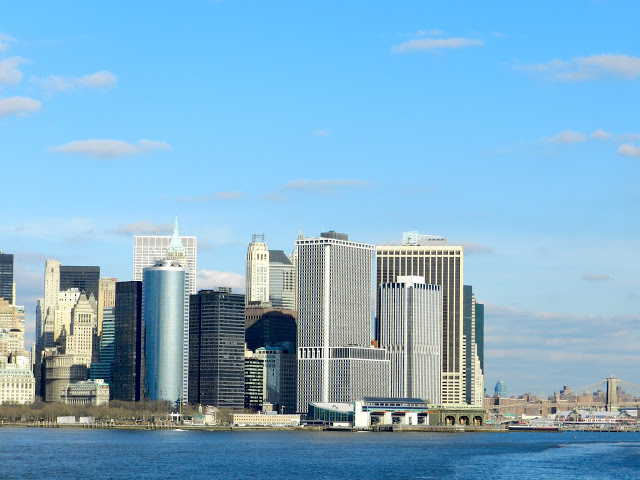 In December Ben and I headed back to the East Coast – with a quick stop to see the city.
Now I’m headed back!
But instead of Ben, I’m partying with BYU’s Model United Nation’s team.
We have competition Tuesday-Friday, but yes, we’re there a whole nine days 🙂
I’m spending this first weekend in CT with my family,
and then spending a week with some of my new favorite people.
In honor of my trip – here are some interesting facts about the big apple:
1. Dutch explorer Peter Minuit purchased the island of Manhattan (really its southern tip) from the Algonquin tribe for trinkets and tools worth about $24.
2. New Yorkers travel an average of 40 minutes to work each day.
3.  More than 47 percent of New York City’s residents over the age of 5 speak a language other than English at home.
4.  New York’s Central Park is larger than the principality of Monaco.
5. New York’s Yellow Cabs are yellow because John Hertz, the company’s founder, learned from a study that yellow was the easiest color for the eye to spot. He was right.
6. In 2007, 46 million international and domestic visitors came to New York City. They spent approximately $28 billion while there.
7. More than 250 feature films are shot on location in New York City each year.
8. An average of 4.9 million people ride the New York City subway each weekday.
Here are some shots from the last time we were in the city:

So if things are a bit sparse around here for the next week or so, just know that I’m having so much fun and I’ll have lots of stories when I get back!
Love,
Elisabeth
ps: note to self – do not watch Red Eye between now and your midnight flight.

Previous Post: « From the Mouth of Babes
Next Post: How to survive with a lost wallet in NYC »

Shop Round Sunglasses, Clothing, Socks & Tights, Formal and more. Get this widget.