You are here: Home / recipes / desserts / Cookies and Cream Brownies 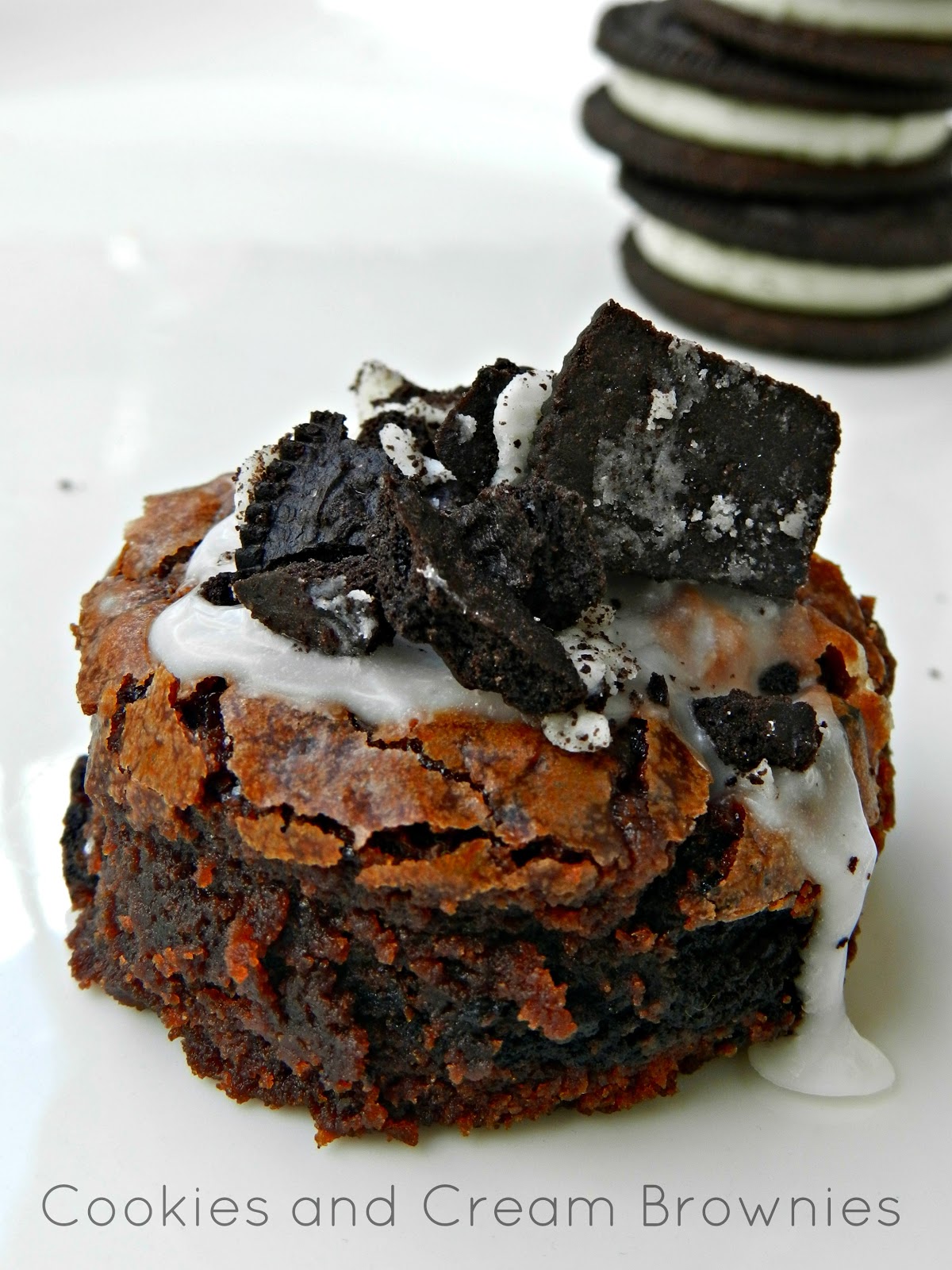 Some friends invited us over for dessert night on Monday and I was instructed to bring something chocolate (they know me so well). I’d picked up a few boxes of brownie mix on sale last month and decided it was time to figure out a way to spice them up a little bit. Pecan brownies were a little too complicated for my after school endeavor but these proved to be fantastically easy to throw together!
You can use a boxed mix like I did or a homemade variety (like our favorite recipe). For the sake of time I used a box but added an extra egg and some hershey’s chocolate syrup to make them a little more fudgy. Oh, and I may have added a dash of heavy whipping cream but thats just because I was making chowder at the same time – I bet it makes no difference, I just like experimenting.
So, here is our new favorite brownie variation. They’re perfect for parties and guests but they’re also easy enough to whip up for a night in.
What you’ll need:
1 box of brownie mix + all ingredients (eggs, water, oil)
1 additional egg
1/2 C hershey’s chocolate syrup (optional)
1/2 pack of double stuff oreos (you could use regular too)
powdered sugar
a pinch of milk 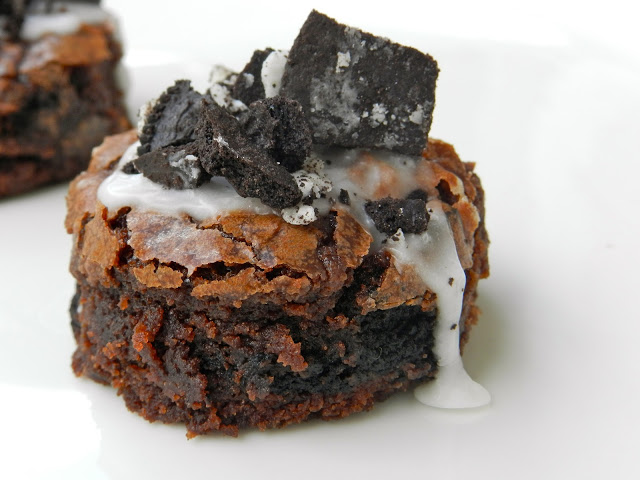 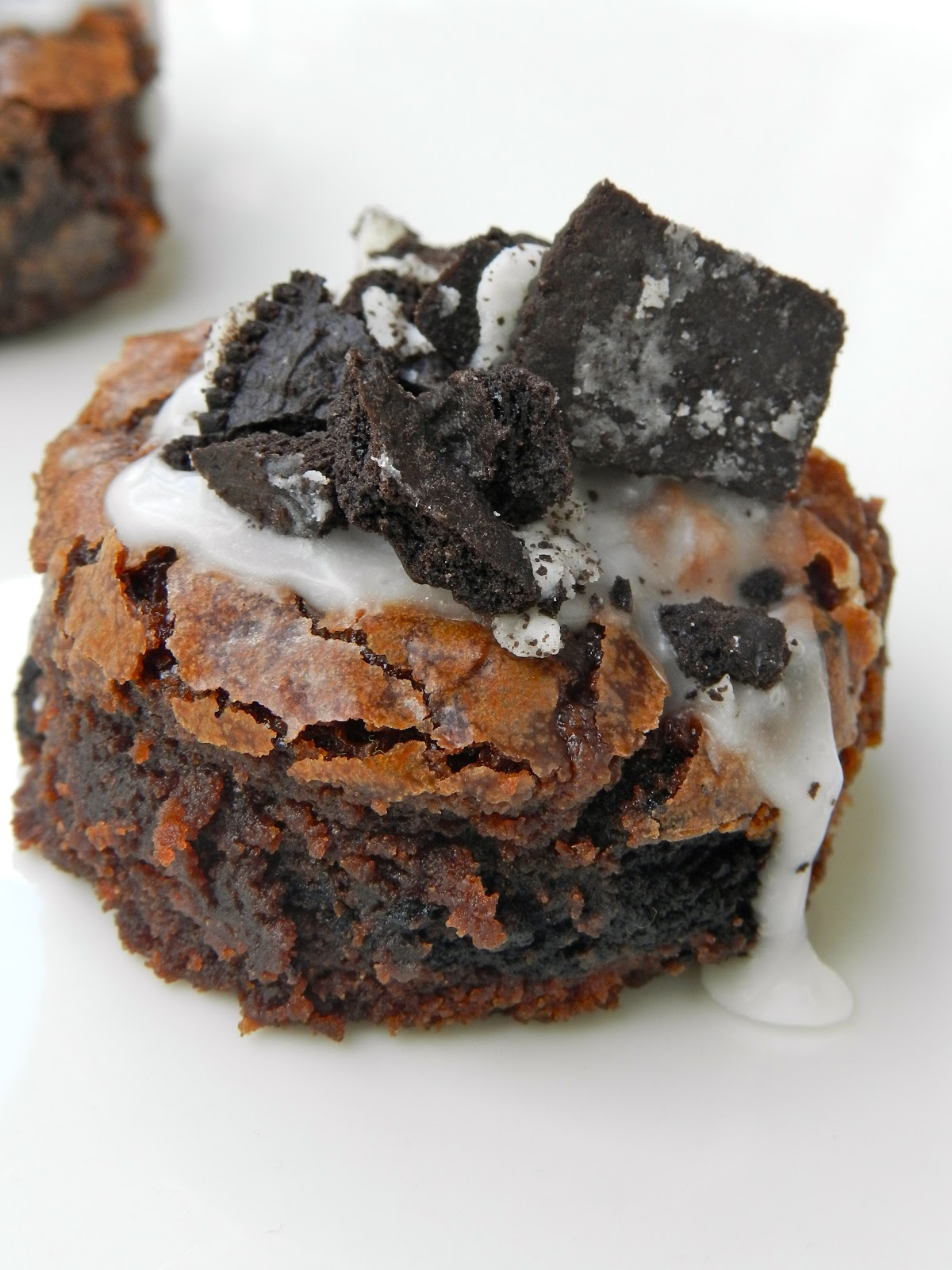