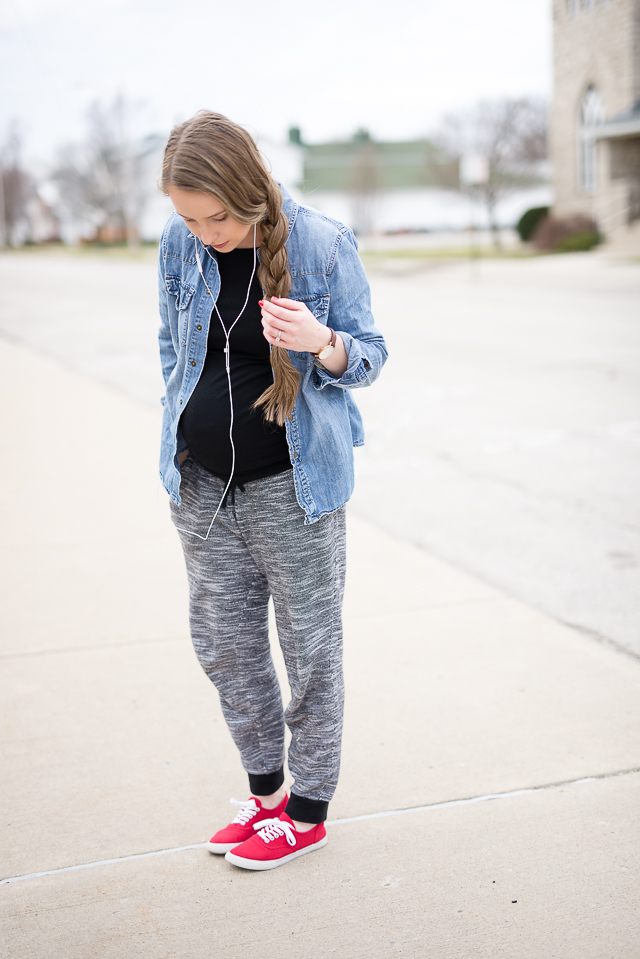 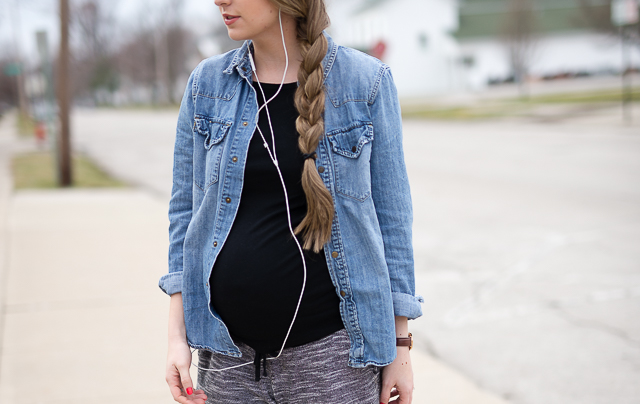 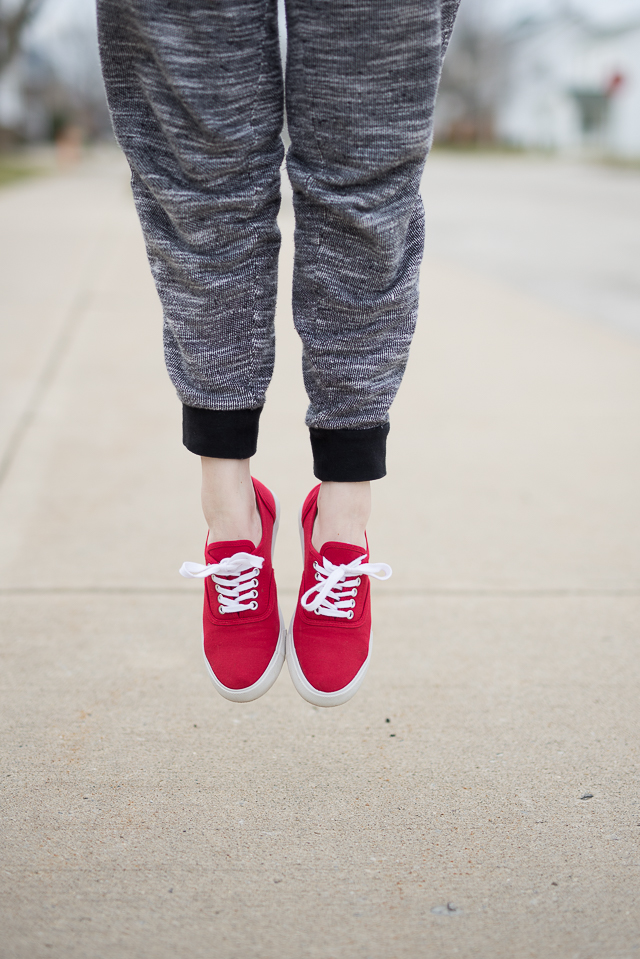 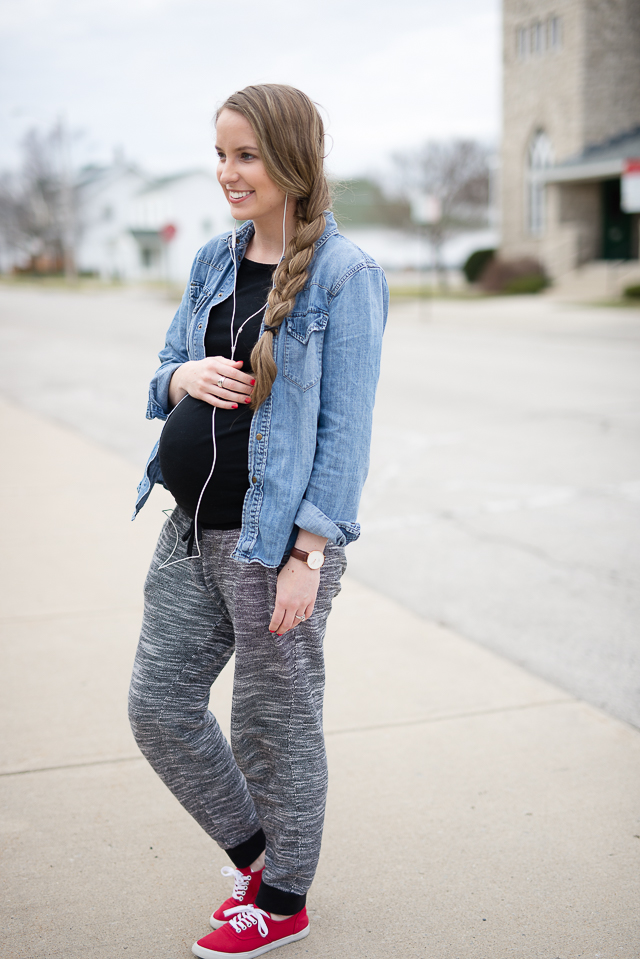 So it took me a little while to get on board with the “athleisure” trend – sweatpants in public posing as a cute outfit? And then I entered my second trimester and sweatpants on the daily became a reality (so much more comfortable than jeans), and I was converted.

And guess the last three things I’ve ordered online? All athletic shoes that I don’t need for the gym (but I do need for comfortable footwear while pregnant, naturally ;).

I try and have at least one piece in my outfit include something I wouldn’t wear at the gym. Usually its a chambray thrown over my workout top but sometimes it is as simple as putting my watch back on. But there is also the weekly occasion where I just show up at the grocery store in exactly what I wore to the gym.

Also, you should own these pants. They’re old GAP or Old Navy sweatpants I scored on thredUP (they’re even maternity!) but I’m really loving the sweatpant jogger because they’re more of a real pant than leggings but a tad bit more put-together than full on sweatpants. I’ve worn these every other day since they arrived a few weeks ago and they’re basically a sweatpant version of a my favorite pants from last summer (which I’m wearing while typing this post).

outfit details:
chambray: Madewell (old)
top: GAP maternity (similar here – the purebody line at GAP is one of my favorites because everything is SO soft)
joggers: thredUP
shoes: Target (they’re under $9 right now with a few colors and sizes left AND they’re part of Target’s current BOGO 50% off).