One of my favorite afternoons at home over break was when we headed up to the lake house for a few hours of playing outside followed by a few hours of snuggling indoors. Mom brought up stuff for chili and corn bread and after placing out boots by the stove, it was the perfect way to end the evening. We played cards, read by the fire, and snuggled as the sun set in front of the giant windows.
Something I really loved about this trip home was watching Ben interact with my siblings. The last time we were in NH for more than three days was our first Christmas married, two years ago. I felt like I needed to keep Ben entertained the whole trip, making sure he was comfortable and had something to do. This time however, he just fit right in, just like there were five kids in the family instead of four. The day at the lake he went out with the sibling for a few hours while I chatted by the fire with Mom and there is little that makes me happier than seeing him and my siblings laughing together as they trudge back across the ice. 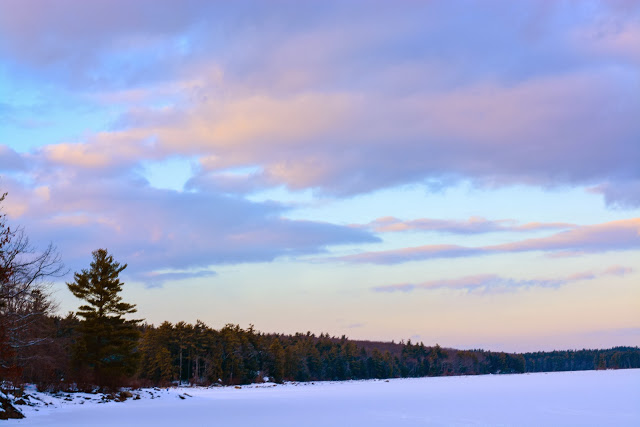 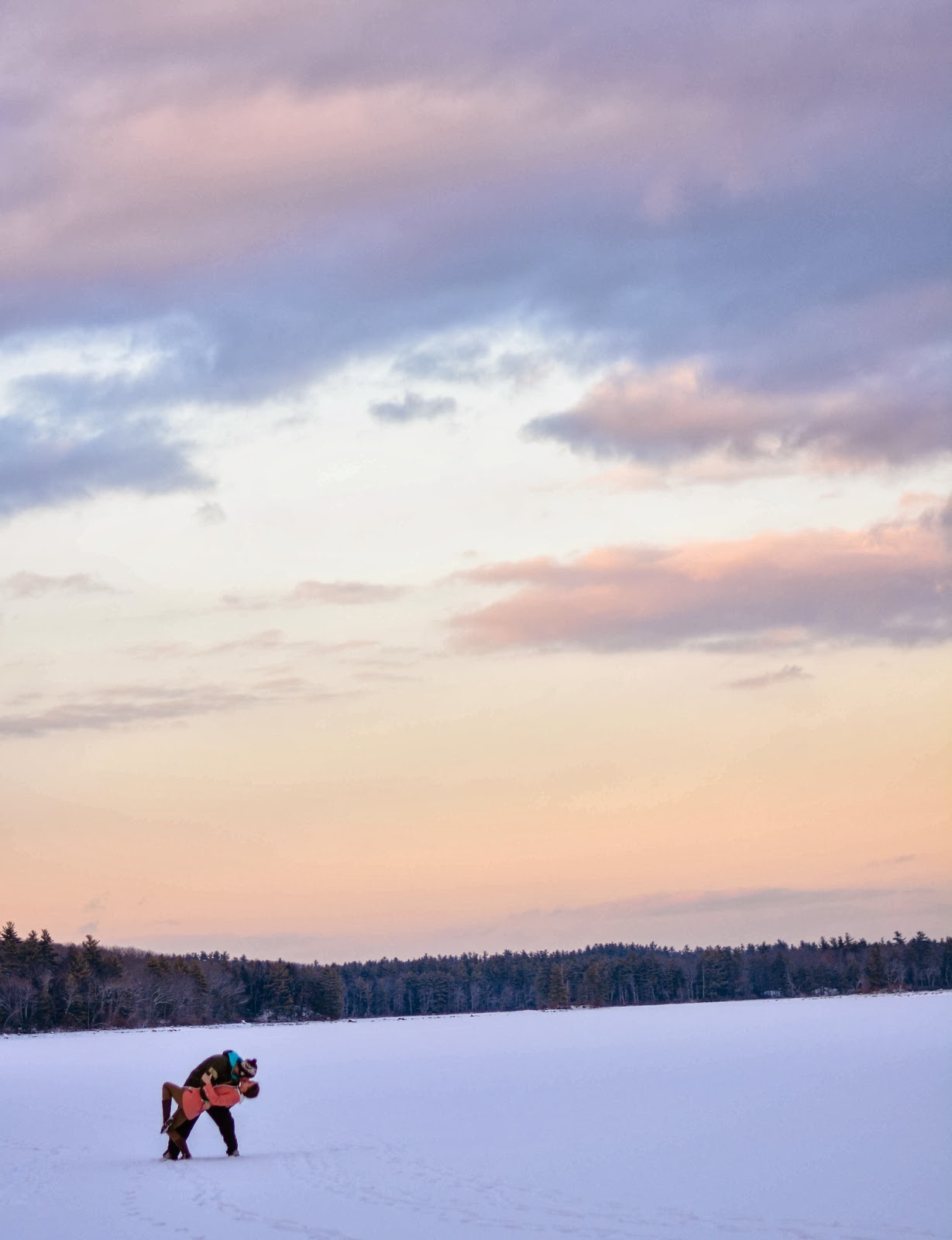 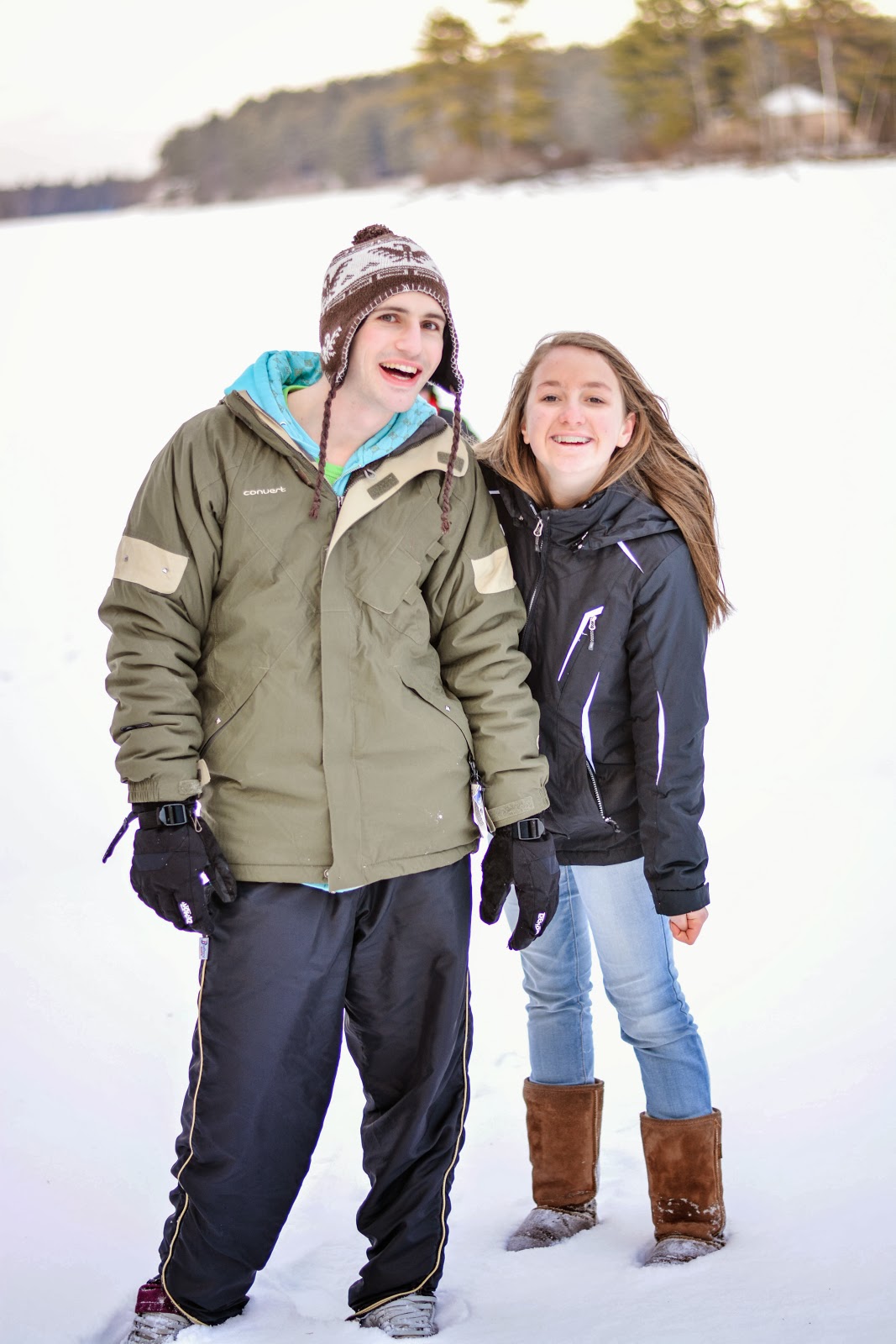 ^^this makes my heart smile 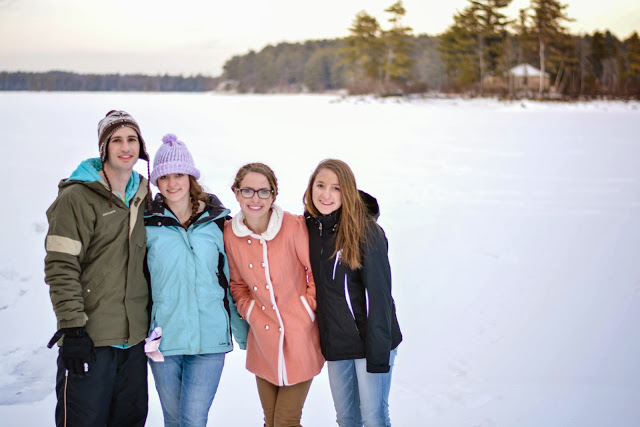 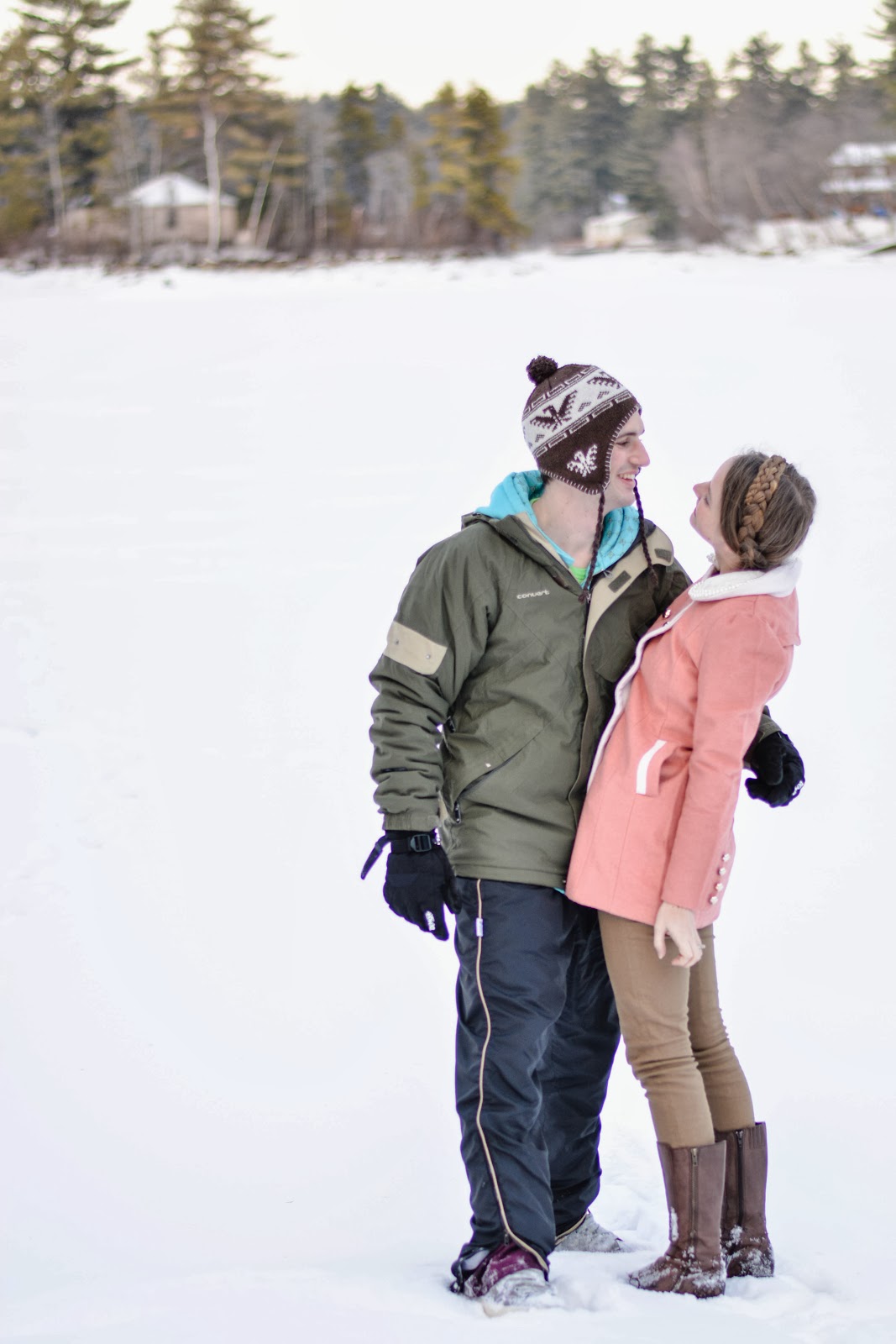 ^^I love him, even when he almost makes me fall on the ice 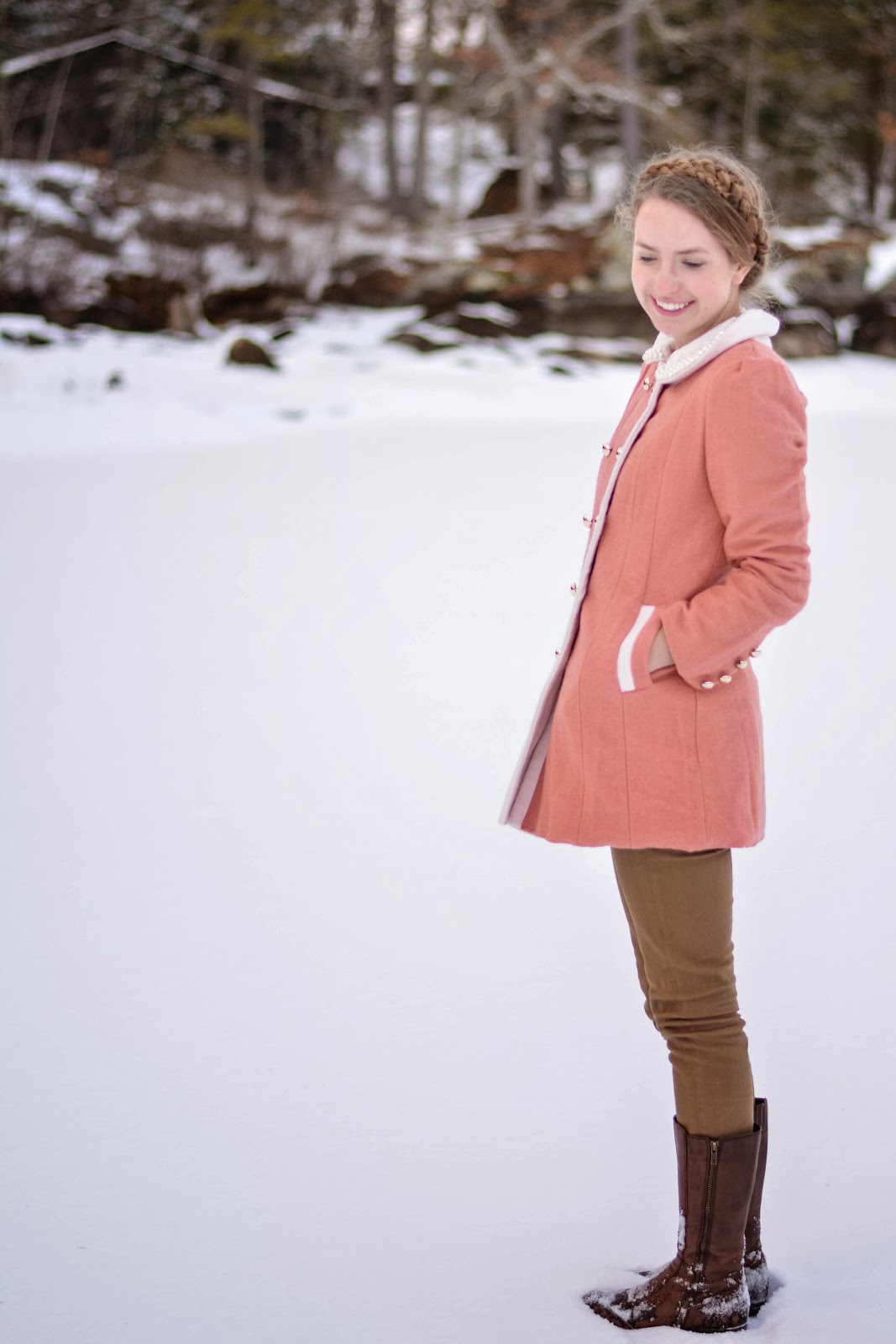 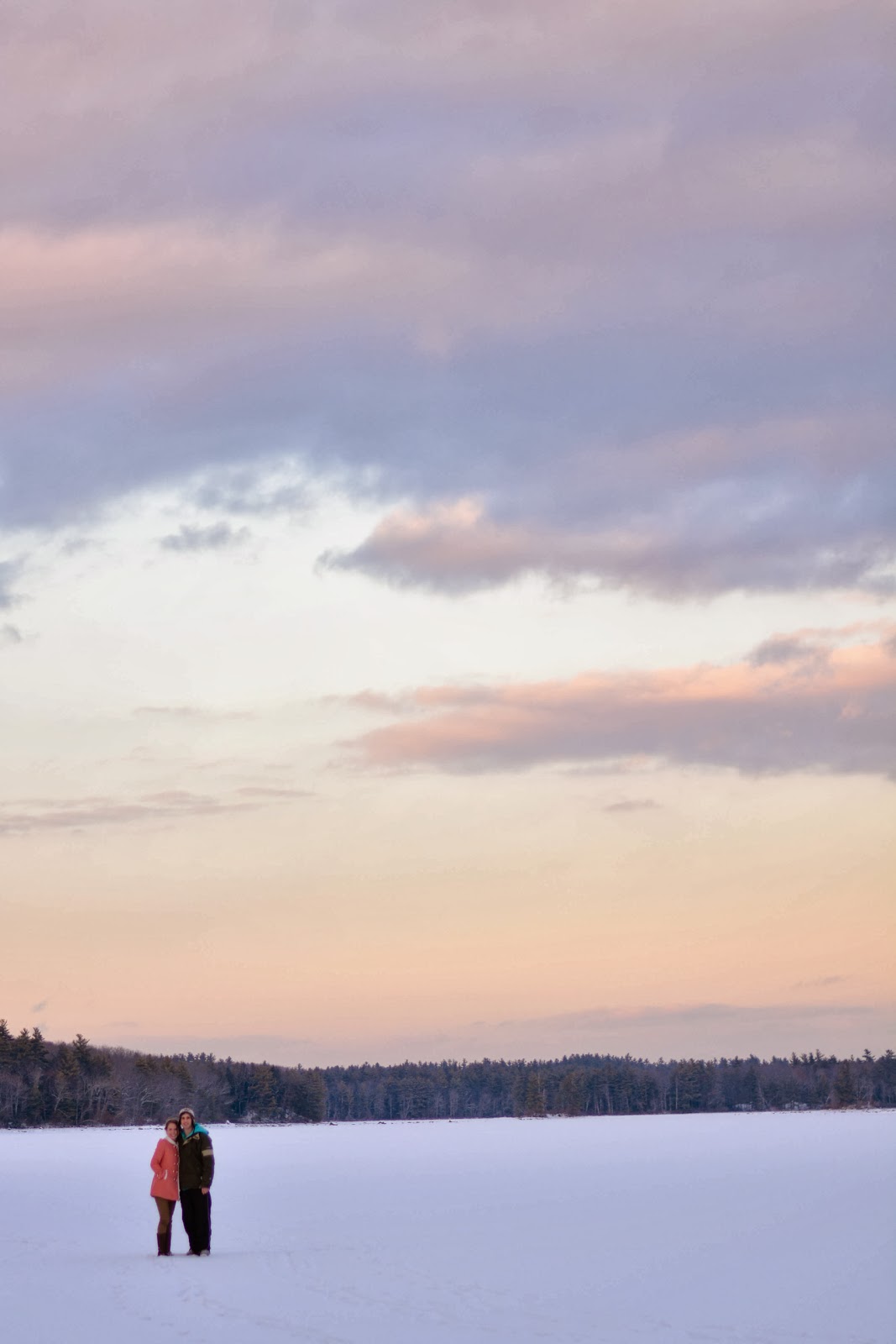 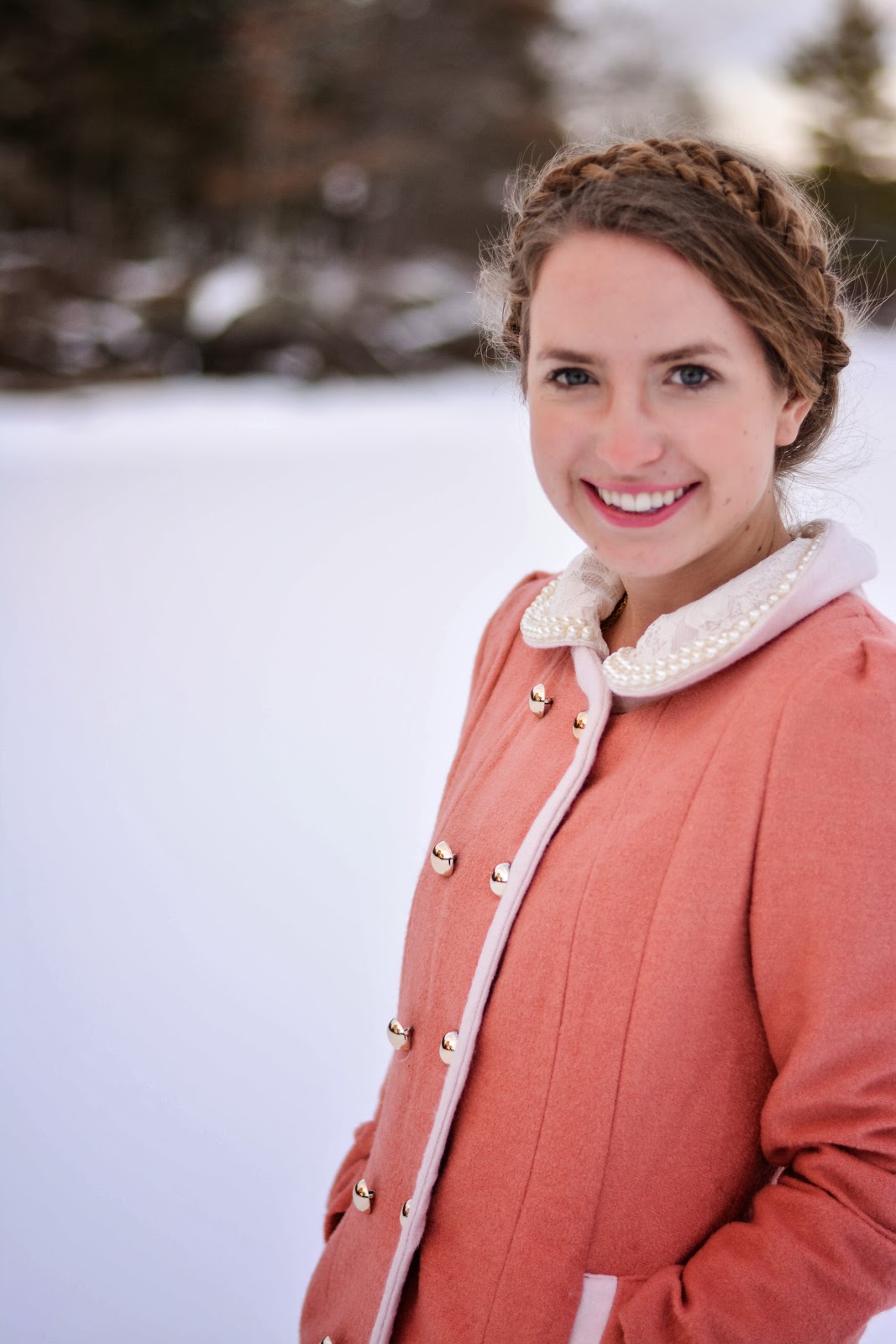 ^^pardon my messed up collar, but my nose matches my coat so that counts for something 🙂 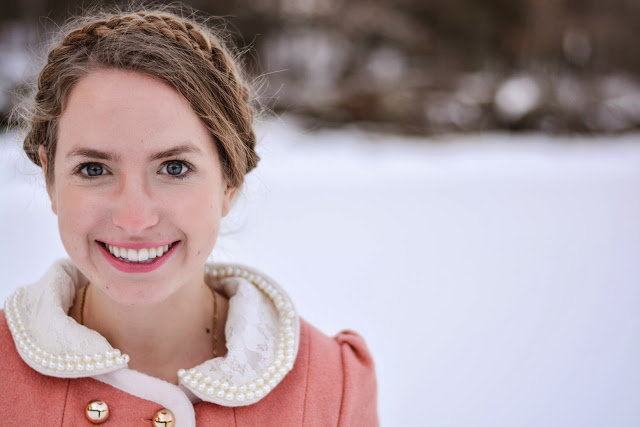 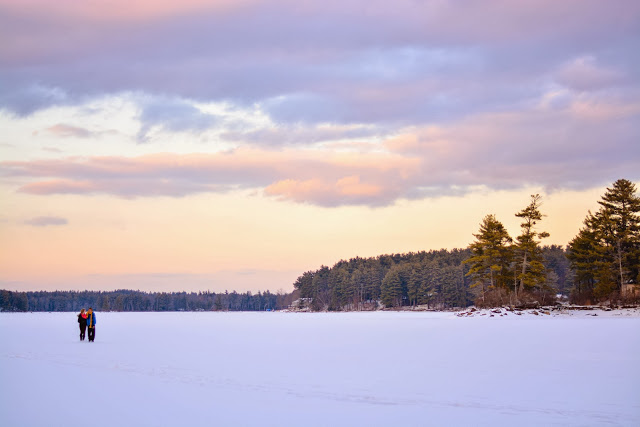 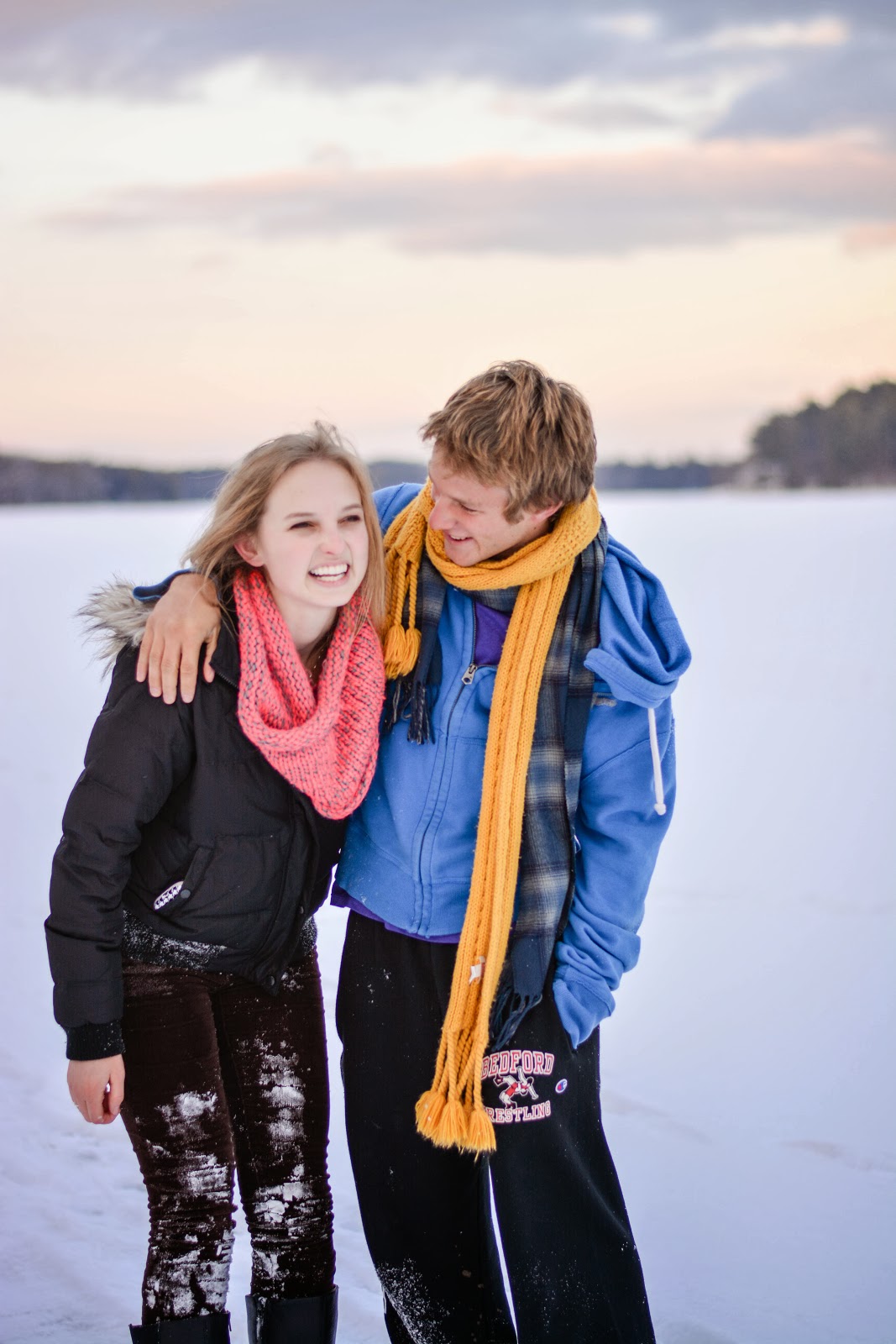 ^coming back from a rope swing that is intended to be used in the summer – glad no one died. 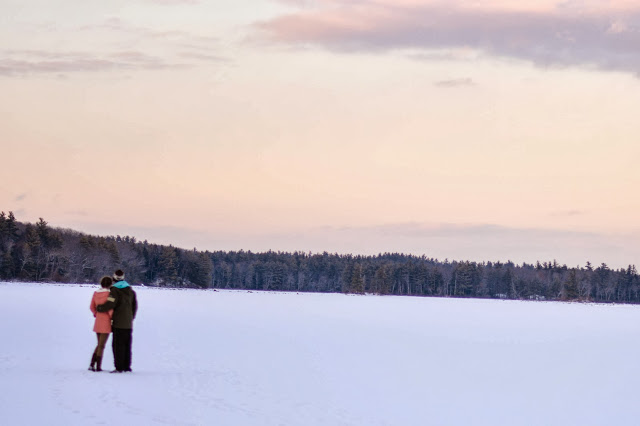 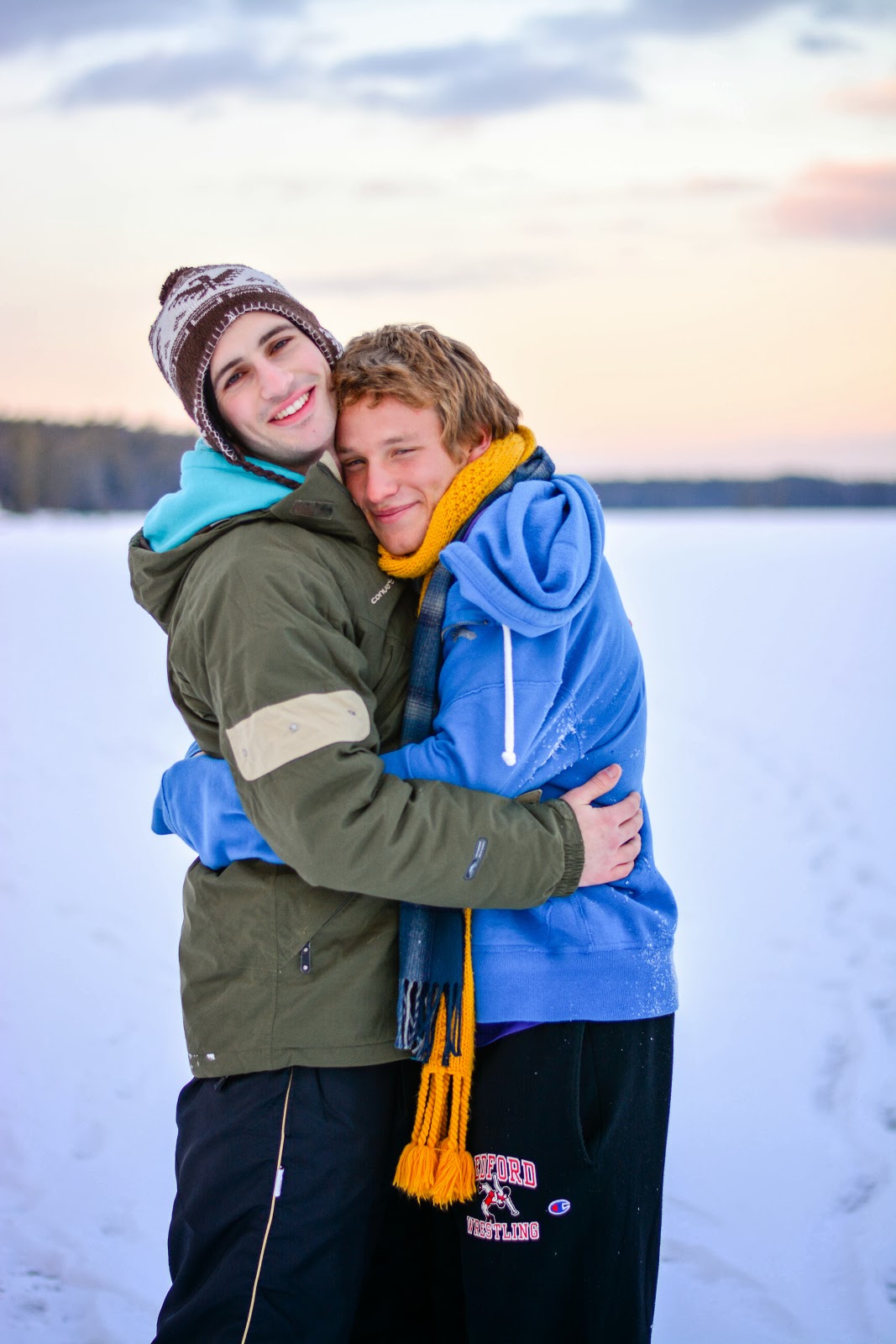 ^these two just became best friends over break. My brother was constantly telling me how happy he was that I married such an awesome guy (almost like he never expected me to…..) 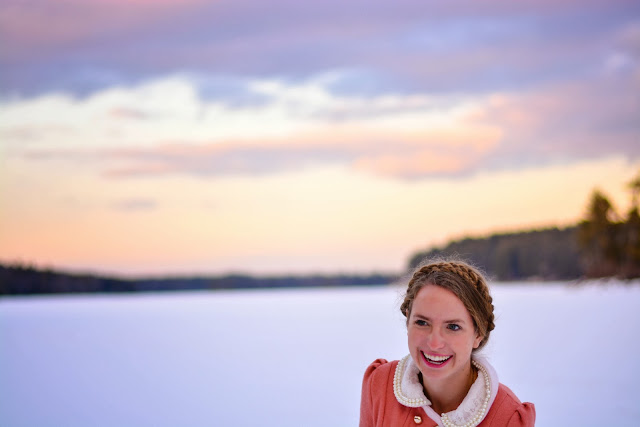 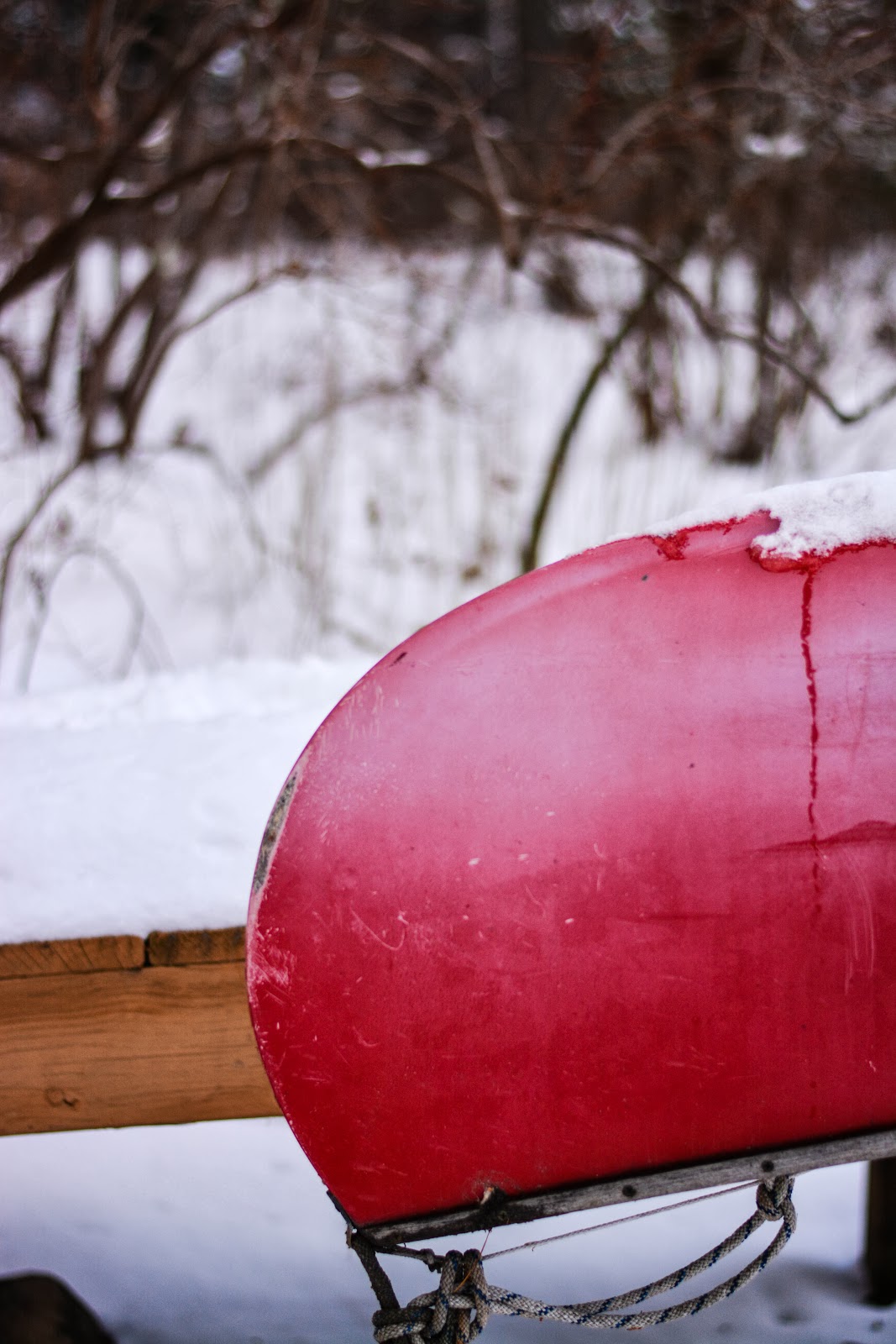 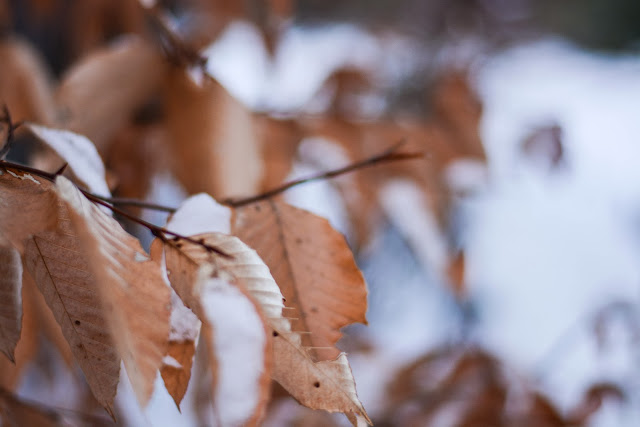 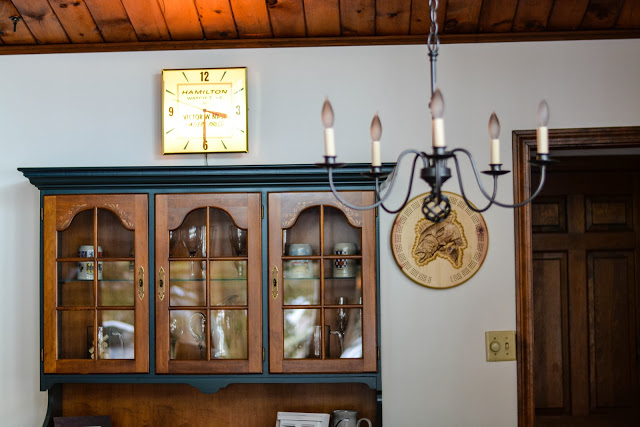 ^^it was so cute and cozy inside 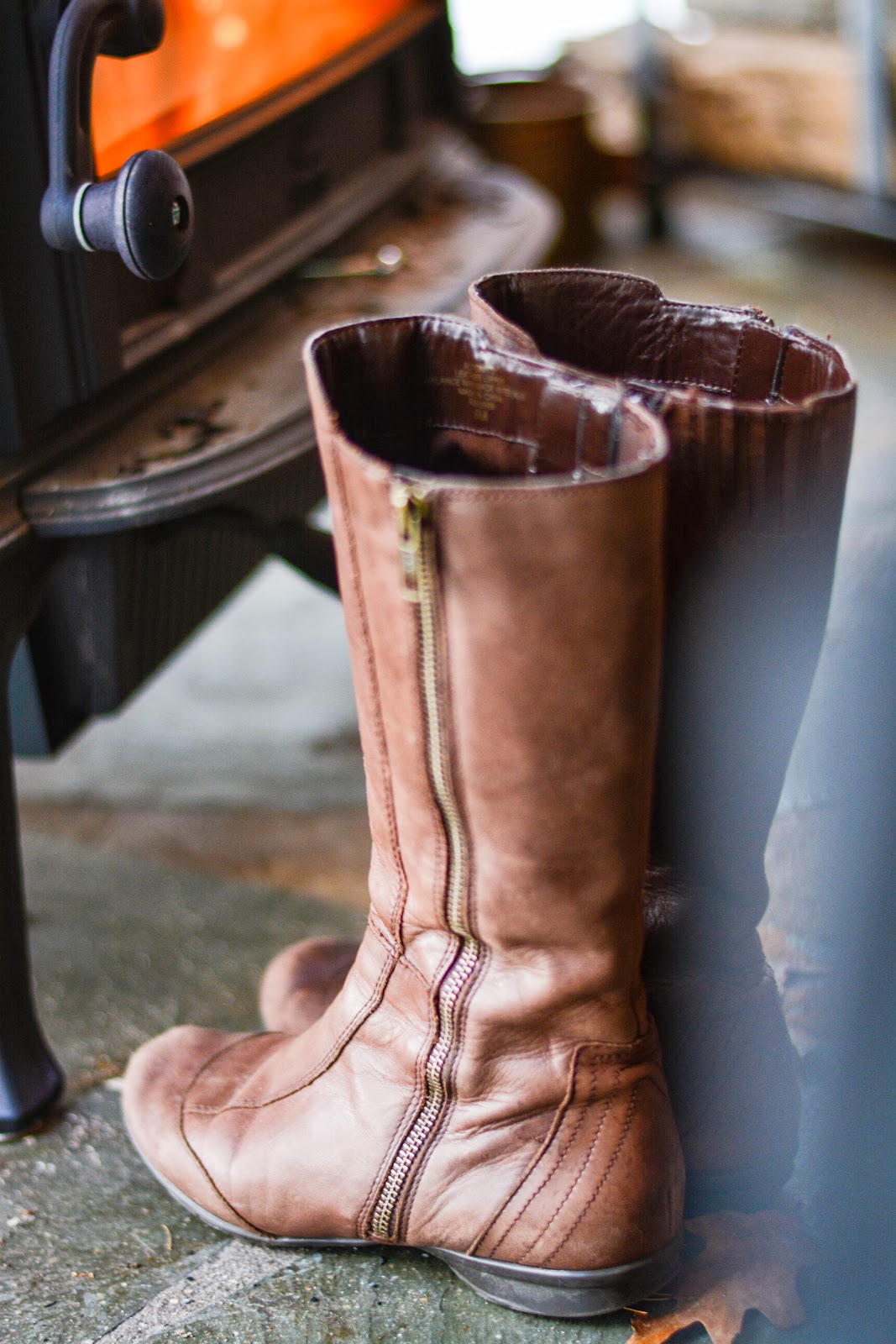 ^boots warming by the fire 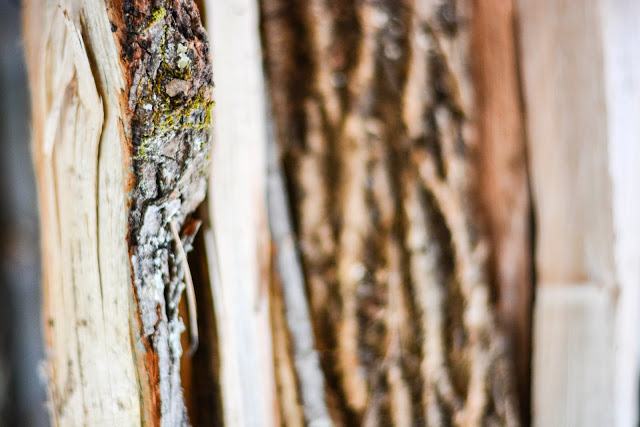 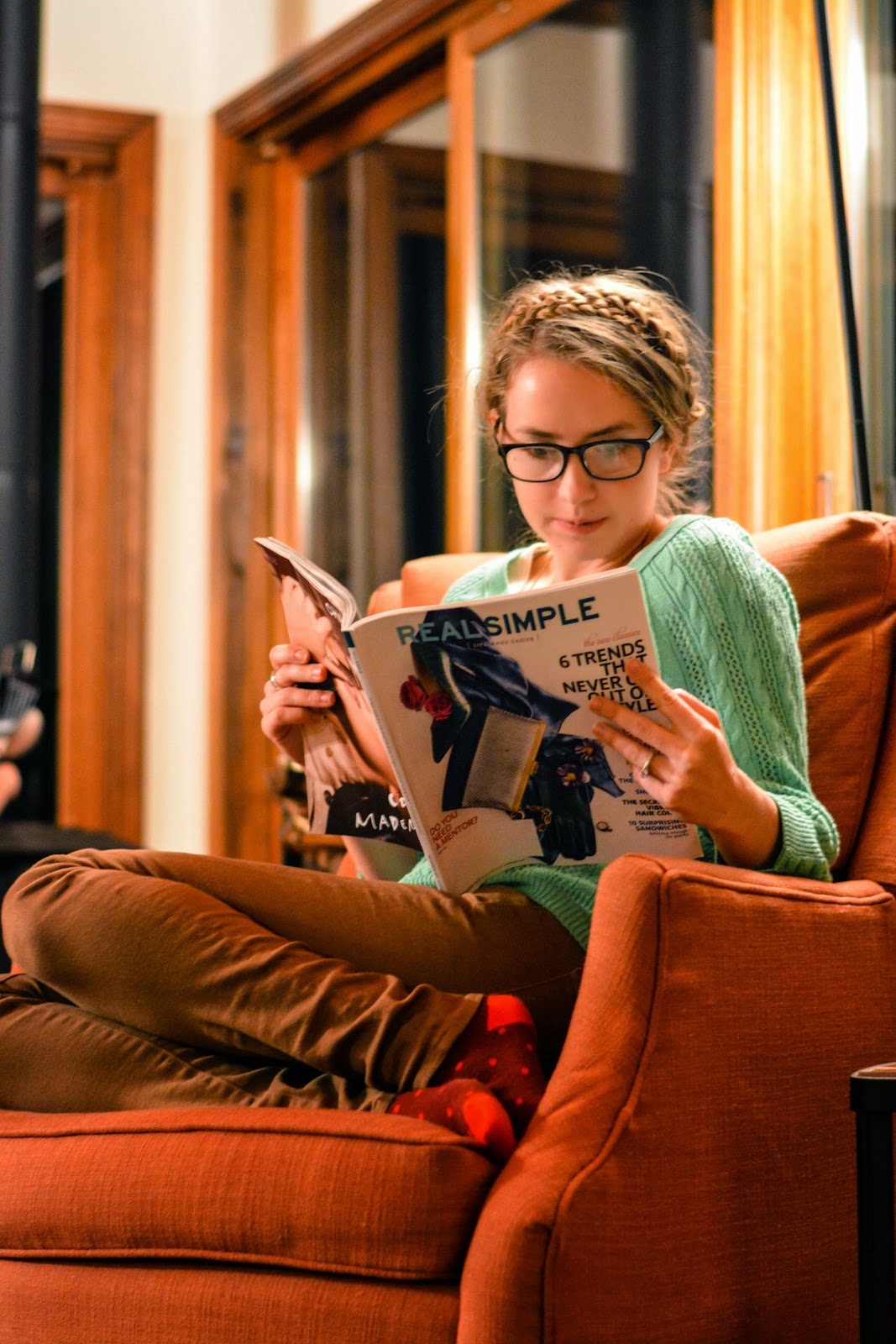 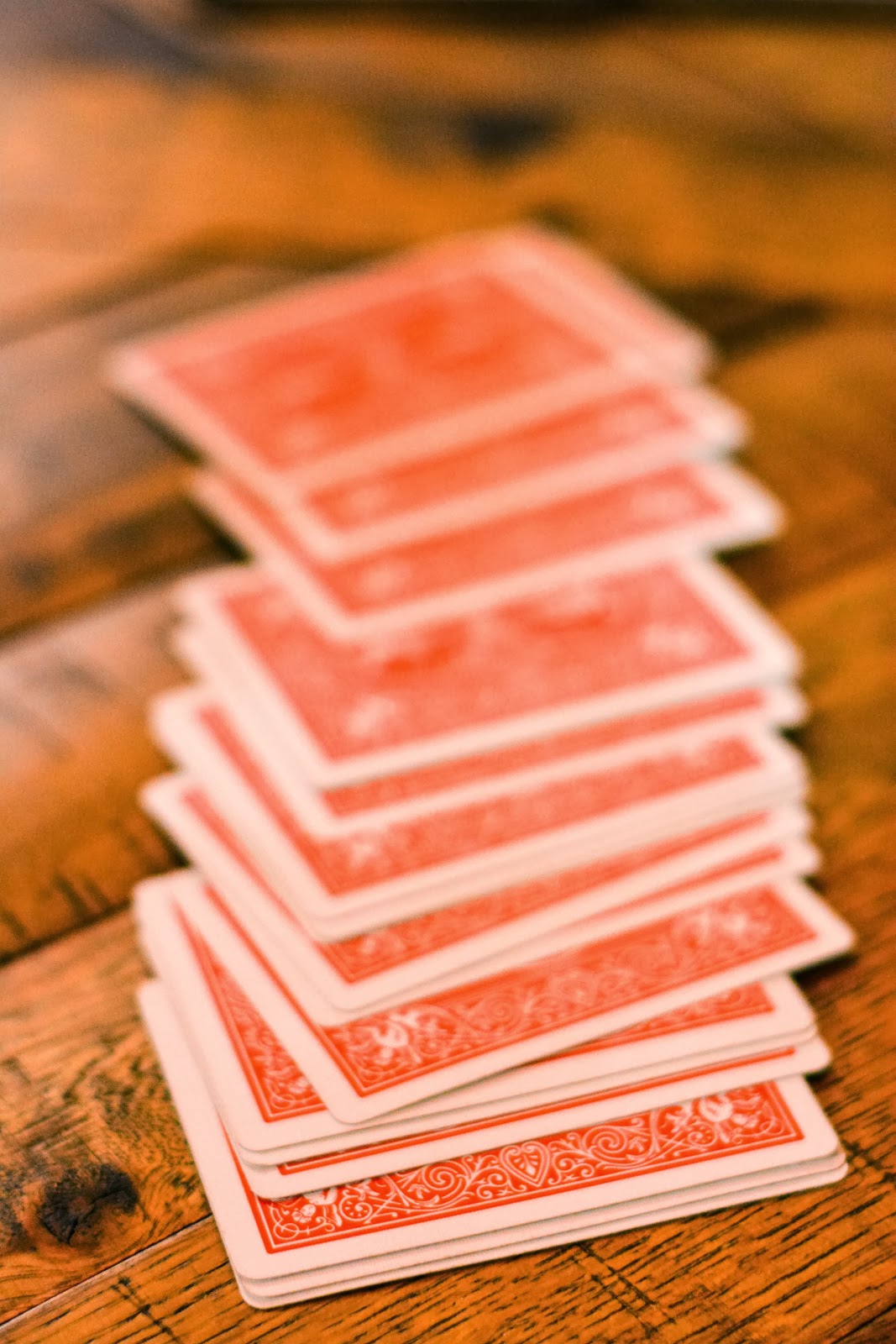 **the lake house belongs to dear family friends who gave us a key – this was the first time I’d been up after hearing stories of it from the fam all year.
my outfit details// coat:  c/o Sammydress (out of stock now, but I love this, this, and this option. In fact, I almost ordered the first one instead)  // sweather: my sister’s closet // pants: Vince (darker color) // boots: Nine West