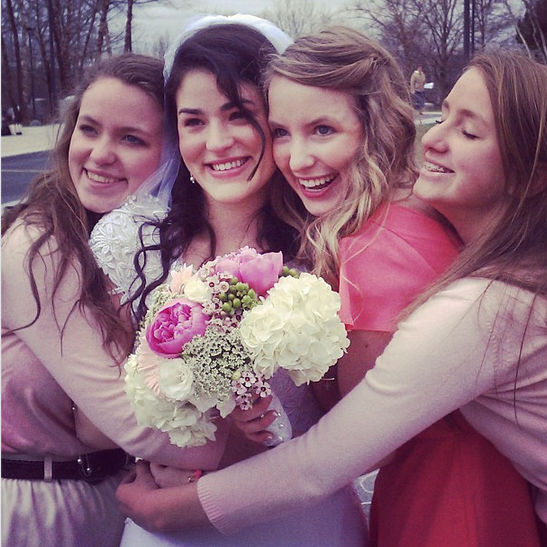 Indulge me for a moment today:

Saturday was glorious. I’m getting ahead of myself though – let’s start from the beginning.

Senior year I made the varsity volleyball team (which says something about the team and nothing about my volleyball skills). Jen and I became fast friends. Between practices, team activities, and double dates after Friday night games, we spent a lot of time together that season. Jen was not my oldest friend, or my closest then, but she was possibly my truest. For my big 18th she was at my house setting up for the party the afternoon of before rushing home to change and grab the food plate she’d put together the night before. She was the first one there and the last one cleaning up. She was so incredibly supportive, caring, and kind. We’d joke that she was “50% Mormon today” or “35% Mormon today,” and someday, she’d tell me, she wanted to marry a mormon boy.

Two years later, we were better friends, without boyfriends who were best friends, but closer than ever. She flew out to visit me in Utah and met Ben before the two of us had even started dating. She told me to stick with it, that the two of us were adorable together, and that when we got married, she was going to be a bridesmaid. She also told me there was something different about where I went to school, a happiness about the people there, and again, that someday she’d be mormon and marry a mormon boy.

Six months later I was planning a wedding, and sure enough Jen was one of my bridesmaids. She planned a fantastic bachelorette night and was stunning in her red dress. She kept asking what I wanted for my wedding and jokingly I’d respond, “I want you to get baptized and marry a mormon boy.”

It was a November afternoon when I got the text and I screamed so loud Ben thought I’d chopped my arm off. Jen was getting baptized the day I got home from Christmas break. I was only a few months later she met a friend of mine from high school. From the beginning I was routing for them.

On Saturday, those two knelt across the altar from each other in the Boston temple and were sealed together for time and all eternity. There isn’t much more I could want for someone that I love than to find their soul mate and receive the joy that comes from going to the temple. At their reception later, Jen asked that I give a toast. It went a little something like this:

I’ve had the privilege of knowing Jen and Ry much longer than they’ve known each other. And looking back, this relationship is far more than a whirlwind romance. These two have been preparing for this day, and for each other their whole lives. Ry, you are one lucky guy…because Jen is wonderful. She is fun and nurturing, thing she gets from her darling mother. She is beautiful and talented. She also has the kindest heart of any woman I know. As you start this journey, I ask that you remember that love and marriage are not things we have, but things that we build. And as you begin your marriage I wish not that there will be no trials, but that you will have the faith, the commitment, and the love to overcome them ….as you build something beautiful.

It was a beautiful day of tears, smiles, and lots of pictures. She finally married her mormon boy. 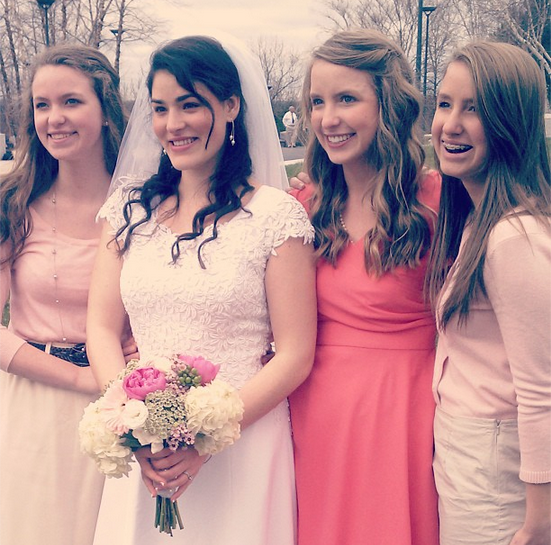 **fun note: her dress was thrifted and didn’t even need alterations! (my dress here)