I’m thrilled our next vacation involves staying with family and not in a hotel, but after last month’s excursion to Nashville, I’ve put together a few things I learned about hotel living with a baby. Plus, there are a few more pictures from Nashville I wanted to share 🙂 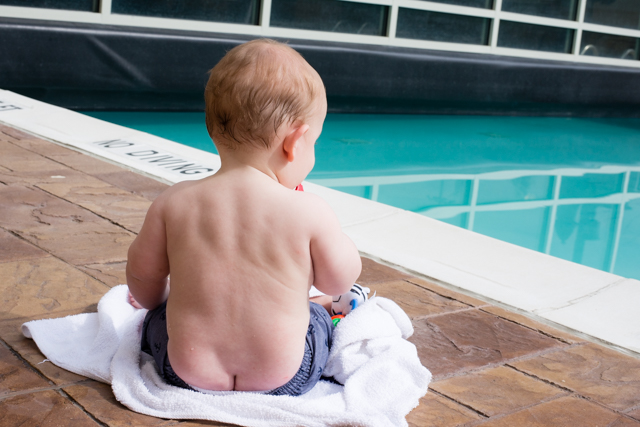 1. Surrender the bathroom. Just do it. Lincoln is used to sleeping in his own dark room and the first night in a hotel I tried having him in this little alcove with his sound machine and he woke up every two hours. EVERY TWO HOURS! For a baby that wakes up once (after a solid 9 hours of sleep) in a 12 hour stretch each night, it was a nightmare. The second night we opted to put the pack and play in the bathroom and he slept soundly.

This does mean there were a few “try to fit by the pack and play to go to the bathroom before we go to bed” scenarios, but mostly I just brushed my teeth down in the lobby. It was so worth it to have a sleeping baby. Or, you could pee in a diaper over a trashcan. I may or may not have a dear friend who opted for that over the walk to the lobby. 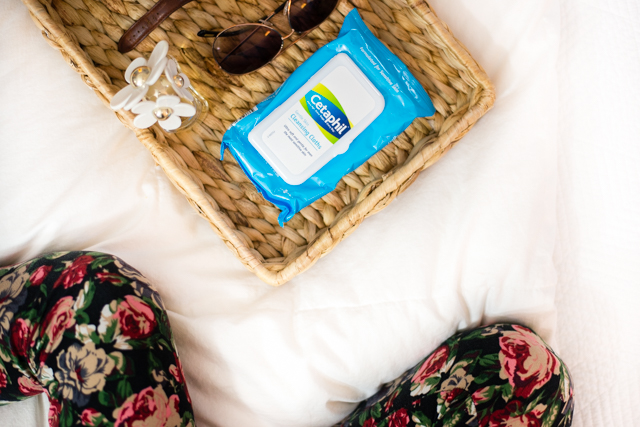 2. Because you won’t have access to a bathroom, embrace the towelettes. I forgot all my ‘cant buy in a regular store’ skin care products on our trip to Nashville so it was Cetaphil to the rescue. And guys, their Gentle Skin Cleansing Cloths are the best. I’ve tried three or four other brands and these are my all time favorite. They’re more substantial than other towettes I’ve tried and manage to be cleansing and moisturizing.
I did find after a full week of using the cleansing cloths at night and the daily cleanser in the morning (with the moisturizer after each), I was in desperate need of an exfoliator, but I love them for a gentle daily cleanser …and the price point can’t be beat. 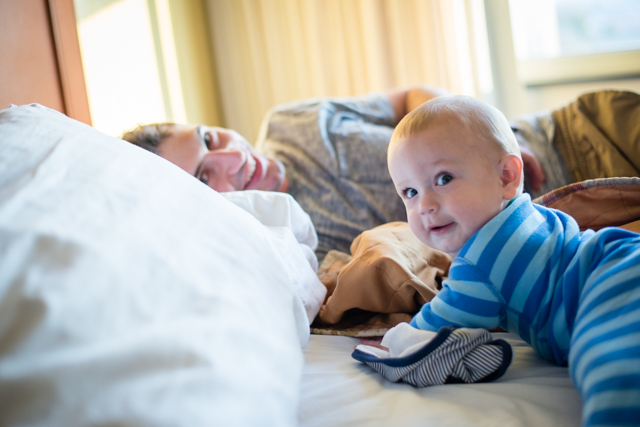 3. Get creative with toys. I didn’t want to pack a lot of Lincoln’s toys but it turns out he loves my takeout box, a water bottle, and a plastic spoon as much as he loves any set of blocks. 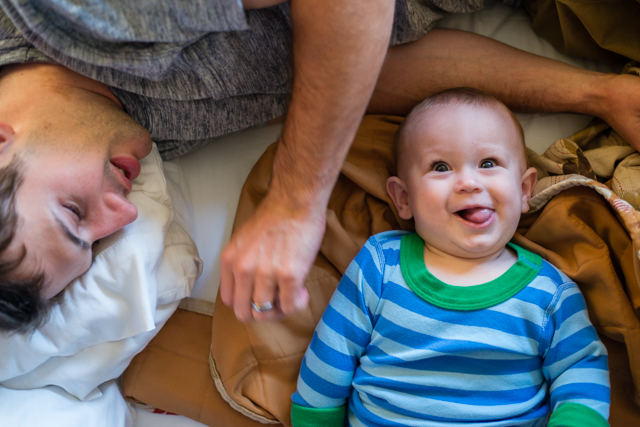 4. Don’t forget about the “DO NOT DISTURB” sign. And use it liberally. After the rookie mistake of putting the baby down for a nap, only to have the cleaning lady bang on the door and wake him up, I used it every time we were in the room. When we were going out, I’d just stop by the front desk and ask if housekeeping could stop by in the next two hours while we were gone. 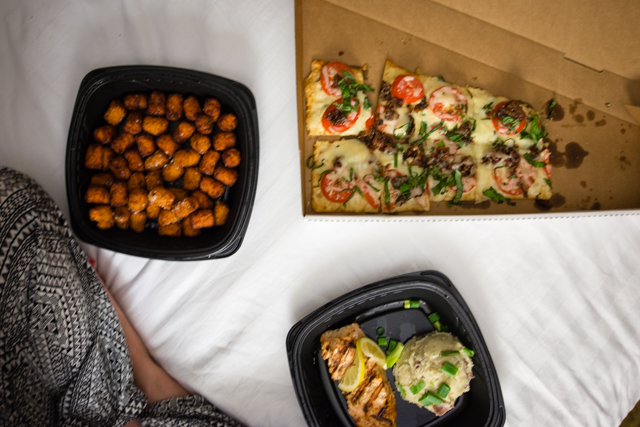 5. Embrace takeout. There were lots of restaurants I wanted to try locally but with a baby who goes to bed at 6:30 and the timezone change, Lincoln was ready for bed shortly after 5pm each night. We pushed it a bit later, but used our time awake for activities and then just ordered something for us to enjoy while he was sleeping. Its better than just eating room service (and probably cheaper). 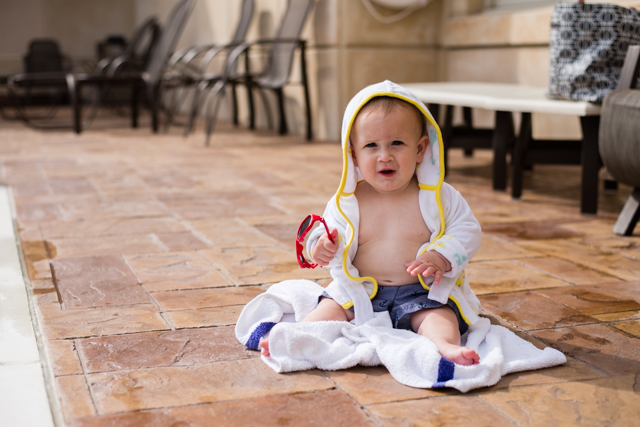 6. Swim. I know I talked about it earlier this week, but that pool was a lifesaver. It was also a bit of a sunburn causer (on me, not Lincoln) and I forgot the aloe vera I meant to bring. I did use the Cetaphil Moisturizing Lotion a couple times a day instead and it soothed the burn and gave it the moisture it needed to heal. I was extra careful with Lincoln’s skin and somehow in getting him all ready I forgot to put sunscreen on myself – which is silly, because I’m really trying to take care of my skin these days (because its good for me, but also because clear/healthy skin goes a lot farther than any amount of makeup). 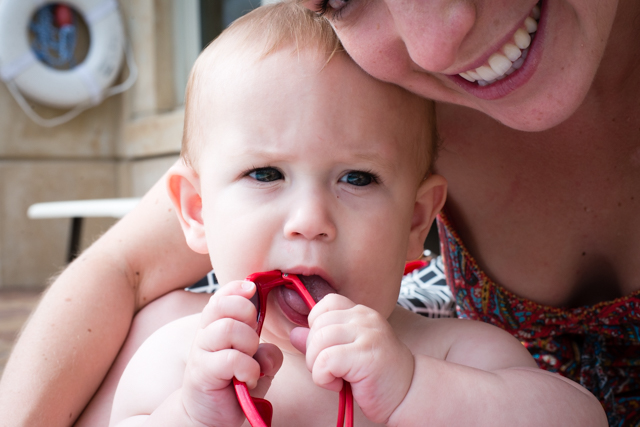 7. Lower your expectations. By that I mean take the second half of your “to see/to do” list and throw it out the window, but don’t let that bother you. We had so much fun just hanging out around the hotel that it didn’t matter that we didn’t cram in some of the things I had wanted to see. In the end, the trip was far more enjoyable because we weren’t rushing from one thing to another.
A few more pictures: 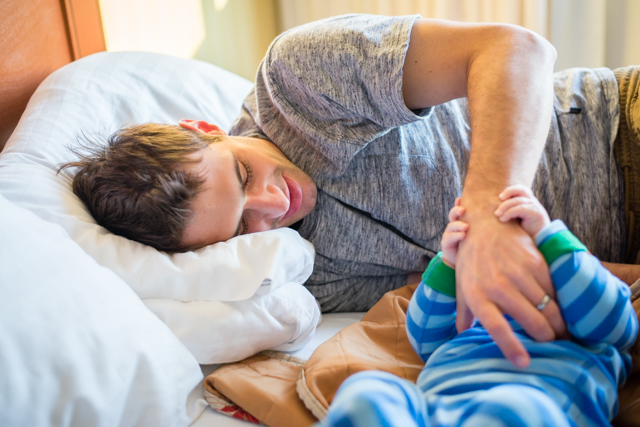 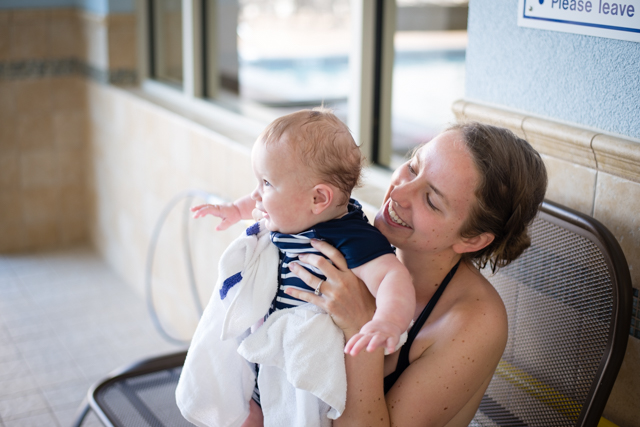 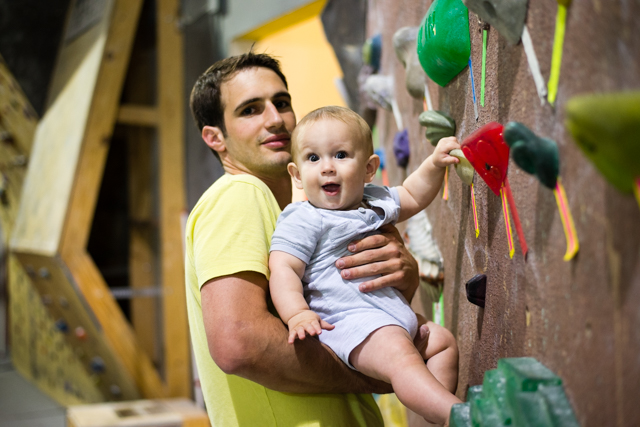 ^our last night we took Lincoln to the local climbing gym – it was my first time back on a wall since this outdoor trip when I was pregnant (and didn’t know it). It was also the first time I’ve done something physically demanding and not felt “out of shape because I just had a baby” – which was awesome! We spent much of the time reminiscing about when we used to live 9 minutes from the climbing gym and we’d spend an hour or so there each evening in college after studying.

Don’t be fooled by the picture though, Lincoln mostly sat in the stroller and watched intently. And then listened to me complain about how sore my fingers were that night as I lathered my hands in Cetaphil Moisturizing Cream. 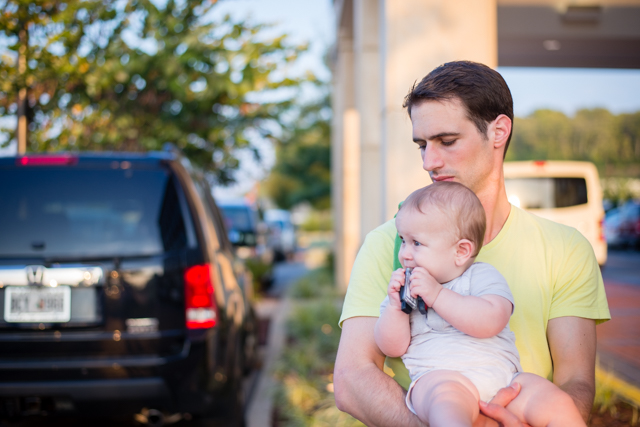 ^also: keys > any other toy