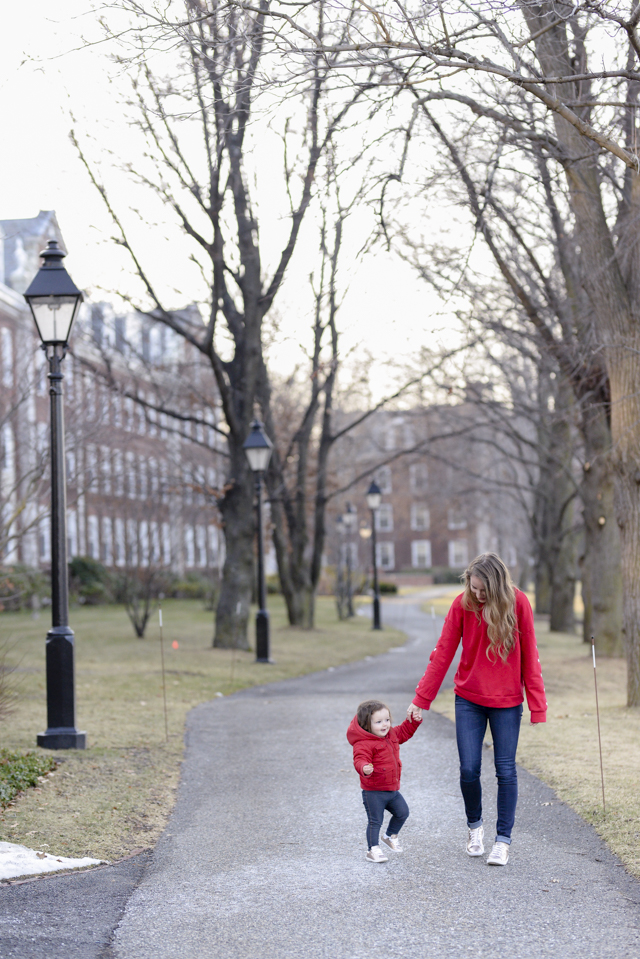 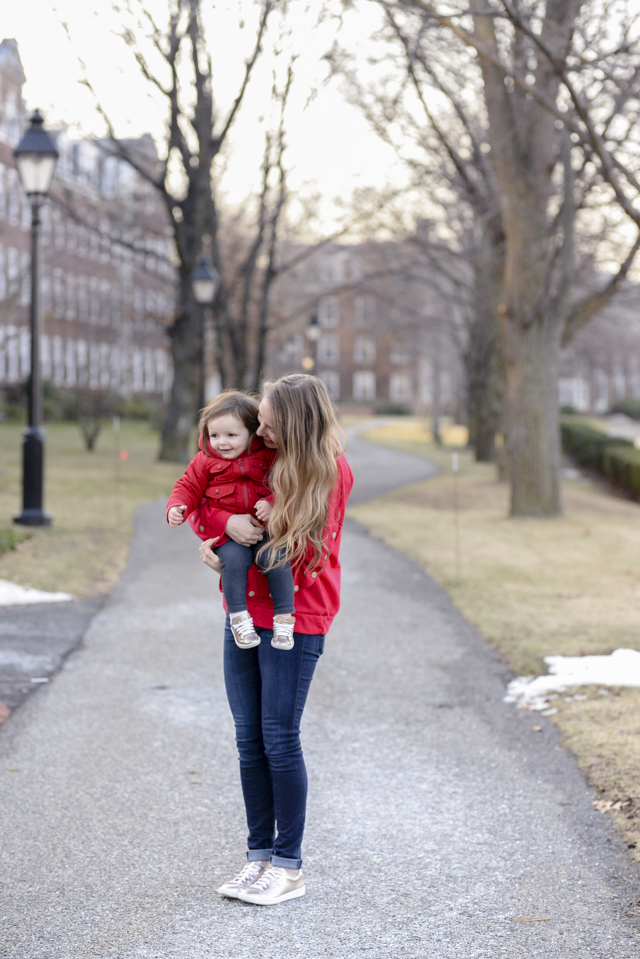 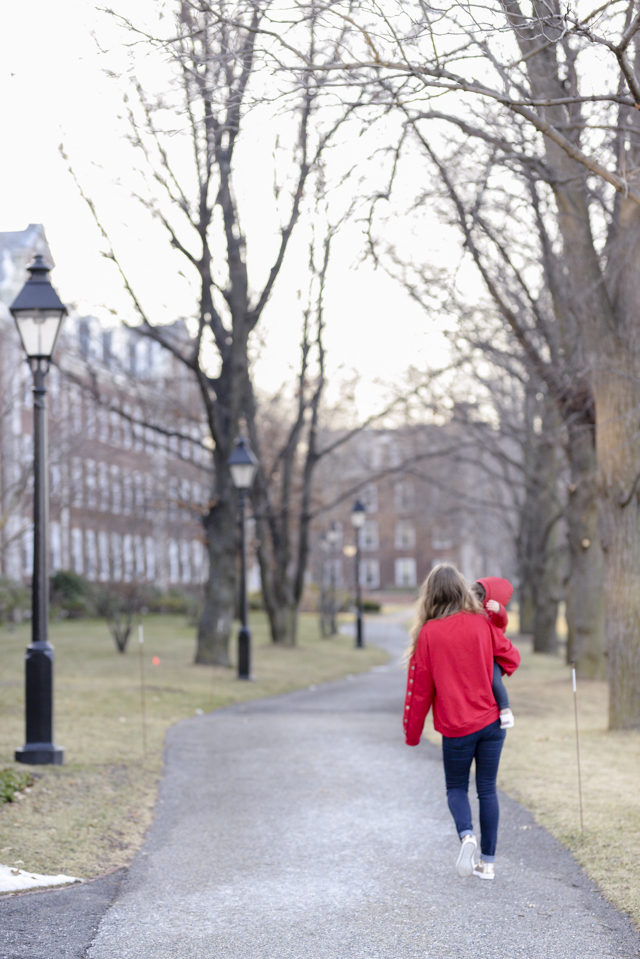 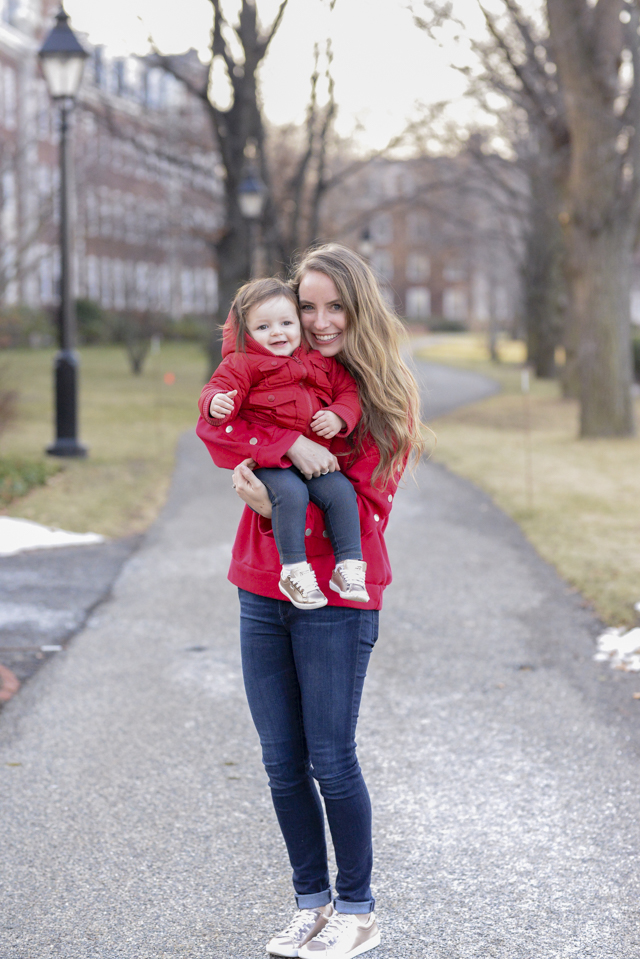 I ordered them for Adelaide with a gift card around Black Friday and she loved them SO much I bought myself matching ones. Whenever I get hers out she toddles to my closet and pulls mine out for me to wear too. The only sad part is Lincoln requesting “I want matching kicks too, mama.”  (he and I have matching black and white nikes, but those are a little less exciting, apparently).

We had a SEVENTY degree day in Boston this week. In February. I think it was warmer here than in parts of California. We were at the park by 9 am and spend the whole afternoon, from 1pm ’till the sun went down, outside. We walked to the library, stopped by Trader Joes, and ate ice cream sandwiches in the park. When Ben got out of class we had every intention of walking over to Harvard Square for dinner but couldn’t get the kids to leave the swings so we just stayed at the park ’till bedtime.

Since the end of January I’ve been running a couple times a week and the endorphins are real. I am NOT a runner …but I’m hoping to change that. This is the first time in my 27 years of life I’ve run two miles more than once a decade (both times after break-ups, I think). I started with one mile three or four times a week while listening to podcasts. Recently I switched to a new show on Netflix that I can only watch while running and it’s helped me get up to 2 miles. We’ll see where I am this time next month!

The next few months are full of trips for work and fun. The first is Alt Summit early next week in Palm Springs (I spoke last year and shared take-aways from Alt Summit 2017 in this post). Last year I was excited to learn and connect with brands and while I’m still looking forward to that, I’m mostly excited to hangout with blogging friends offline AND sleep all the way through the night.

I’ve had a bit of a rough week in the parenting department. And it’s harder because I know it’s almost entirely my fault. My kids aren’t behaving any differently, just the usual toddler stuff but I have been EXHAUSTED (maybe a little bit sick, maybe too much on my plate, definitely not enough sleep).

The happy part, though, has been watching them with each other this week. Each day they’re talking to each other more and more (mostly as Adelaide gets better at talking and Lincoln can understand her). A few examples:

p.s. I have been LOVING the positive responses from this post on getting siblings to be best friends // play together, have you read it yet? 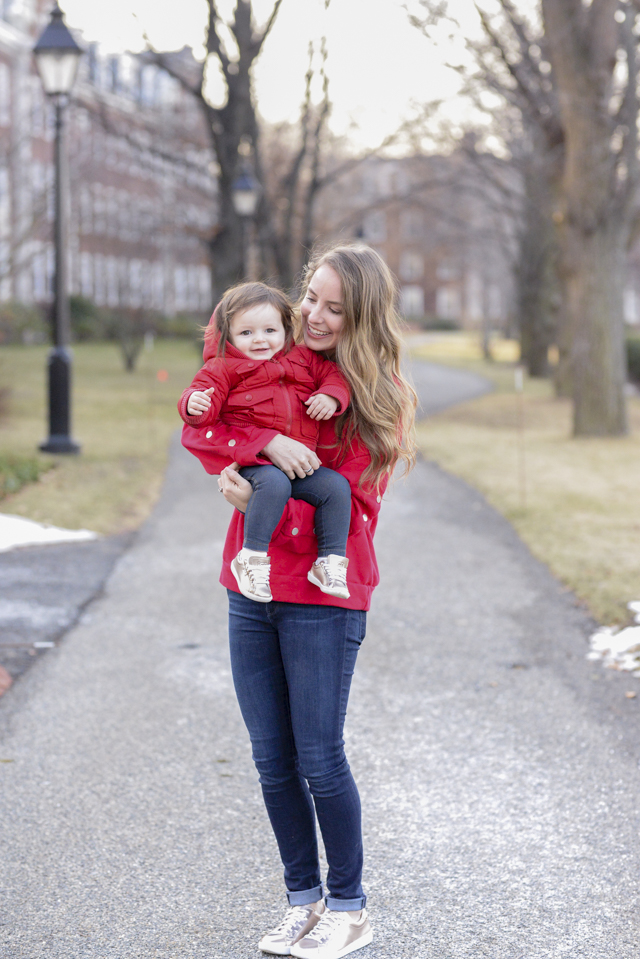 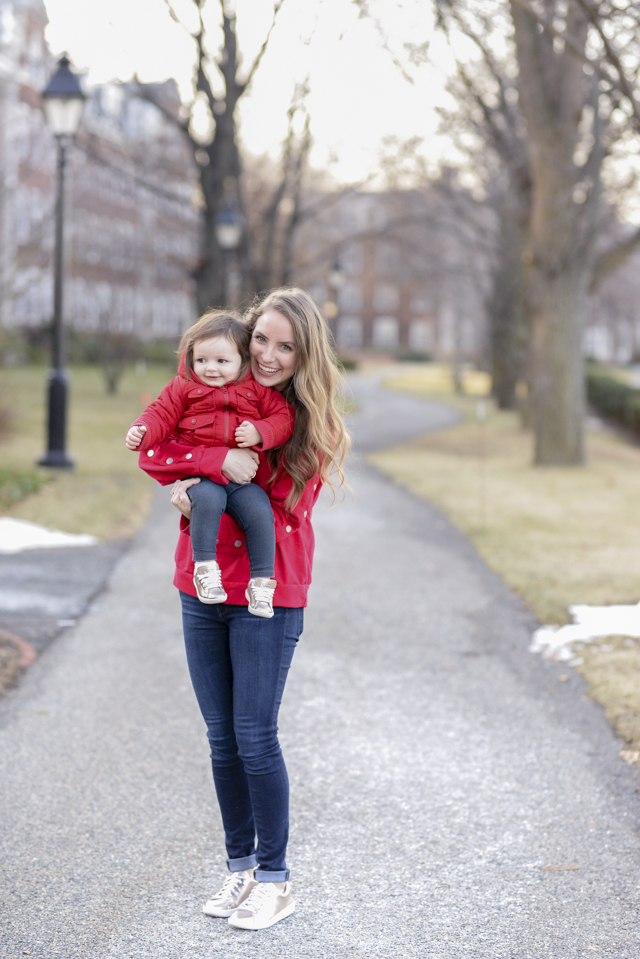 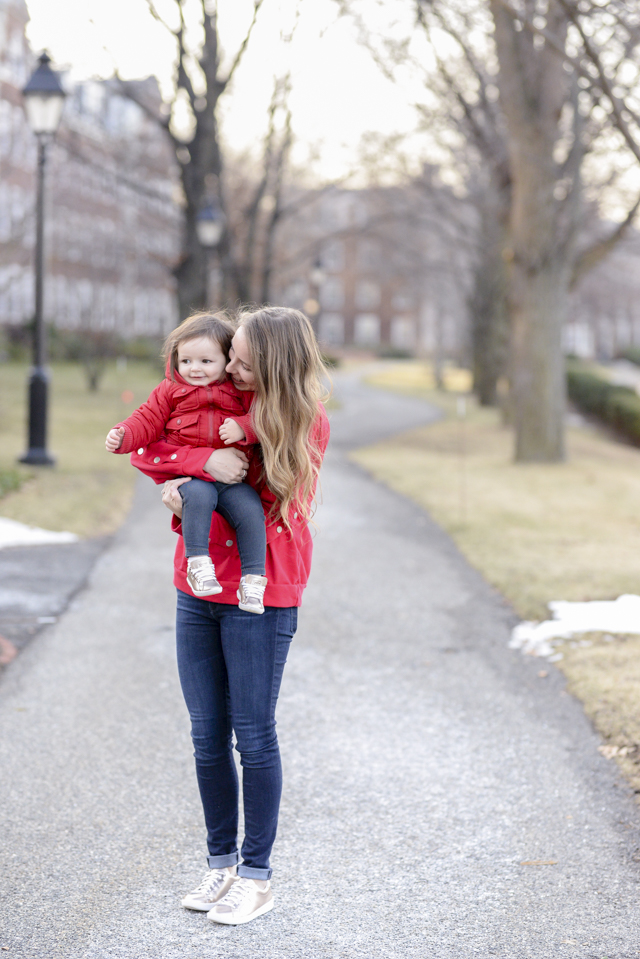 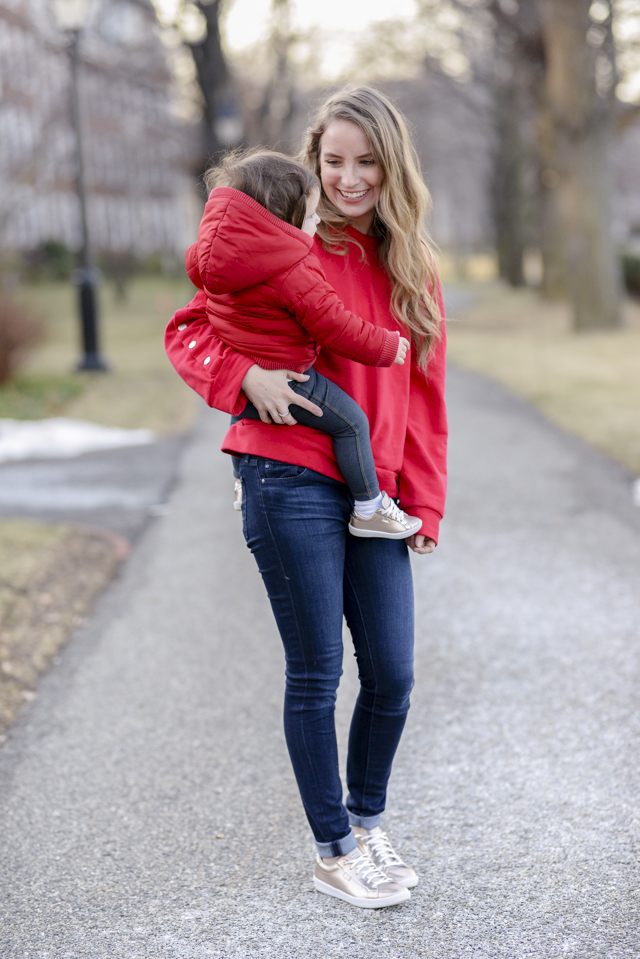 Red Sweatshirt (c/0): I’ve been loving the metallic details from Tobi on this that make it a little more than just a usual crew neck sweatshirt. I swear it just as often out with jeans as I do over a tank to the gym. Plus it’s 50% off right now! (more fun sweatshirts here) (more cute sweaters here)

Gold Keds: I actually ordered these from the girls department to get the exact same color as Adelaide but they have the same type in Women’s. (more fun sneakers here)