You are here: Home / family / 4th of July at the Earnshaw’s
I hope you all had a wonderful 4th of July!
I was up by 6:30 to make cupcakes for the bbq (for the recipe click here). The whole family – and a few friends – piled into the car and we were off to the parade. But this was no ordinary year at the Amherst Fourth of July Parade, this year we had two presidential candidates walking in the parade; Mitt Romney and John Huntsman (go figure – both the mormons came to the same parade). The last time we marched in this parade for Mitt, Obama was there too and we got to meet him strolling through the park afterward. 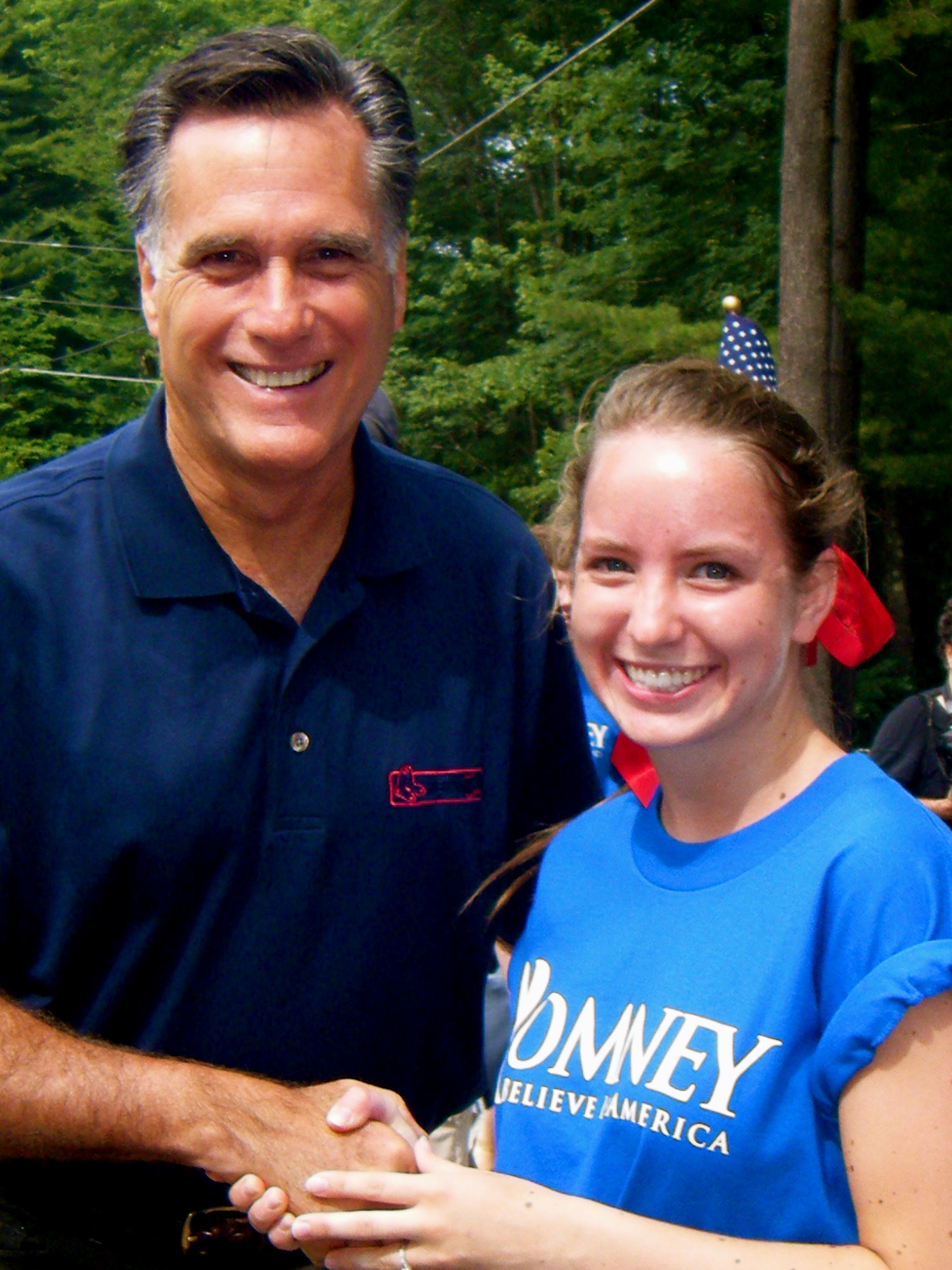 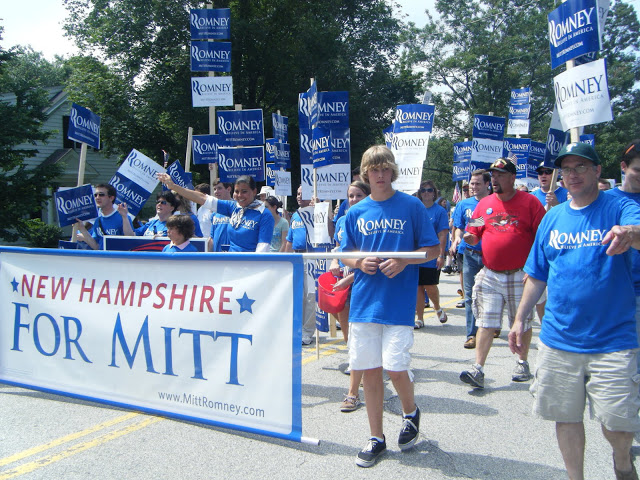 It took us awhile to find where we were supposed to meet and by the time we got there they had run out of shirts in our size (hence the extra large tee shirts). Everyone was mulling around, getting situated, getting signs, talking about the primaries, trying to outcheer Huntsman’s people who were stationed next to us, and so on. When the man of the day finally go there we were all excited. He probably said a few words but then just walked around (very briskly) shaking hands, posing for pictures, meeting his supporters. When it was time to begin moving he taught us all a campaign cheer his father had used and he had used to sing when marching for his dad.  He was the hit of the parade. Maybe just because he was there, but everyone loved him. Everyone wanted to meet him; everyone wanted to tell him they were voting for him.
short side note: Today the numbers were released that this month only 180000 jobs have been created meaning 14 million Americans are unemployed. All of Obama’s stimulus plans for the economy have been incredibly expensive failures – and we’re still stuck. Some people may not agree with Romney’s conservative stance on some social issues, some people may even not want to vote for him because of his religious beliefs (remind anyone else of when Kennedy ran as the first catholic candidate?), but regardless of all that – Romney clearly has the most experience with business, with the economy. He started off as a business man – he’s not just an educated politician – he has really turned lots of seemingly hopeless situations around (2001 Olympics, Domino’s Pizza, Massachusetts, etc). A turn around is something that we’re in desperate need of – so I really hope this time around that all those people who claim that the economy is their number one issue – actually vote for the person who is the most competent on it. end of side note. 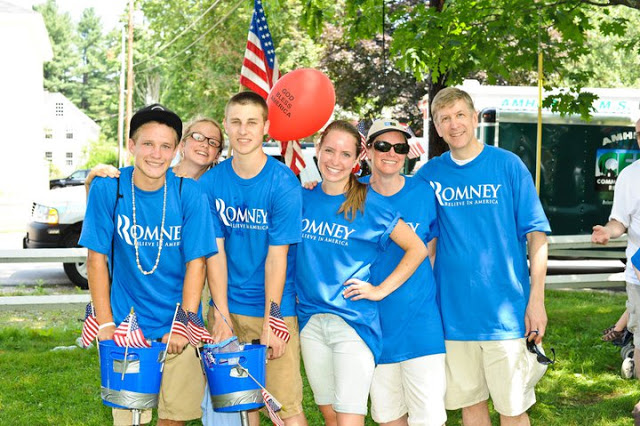 By the end of the parade we had no voices and after listening to a short, encouraging, patriotic speech from Romney when the parade ended, the hot and sweaty bunch of us piled back into the car. At home we had a few people over for a big holiday lunch of pulled pork sandwiches, chinese chicken salad, watermelon (necessity), and much more. The cupcakes were the highlight of the afternoon as the dessert. Following dessert all the Earnshaw children, following father’s orders, recited a patriotic poem that he’d handed us 20 minutes before to memorize (luckily I got the same one I’d memorized a few years back 😛 ) – its one of my favorites:
The Concord Hymn
By the rude bridge that arched the flood,
Their flag to April’s breeze unfurled,
Here once the embattled farmers stood,
And fired the shot heard round the world.

The foe long since in silence slept;
Alike the conqueror silent sleeps;
And Time the ruined bridge has swept
Down the dark stream which seaward creeps.

On this green bank, by this soft stream,
We set to-day a votive stone;
That memory may their deed redeem,
When, like our sires, our sons are gone.

Spirit, that made those spirits dare,
To die, and leave their children free,
Bid Time and Nature gently spare
The shaft we raise to them and thee.

Irony of the Day: