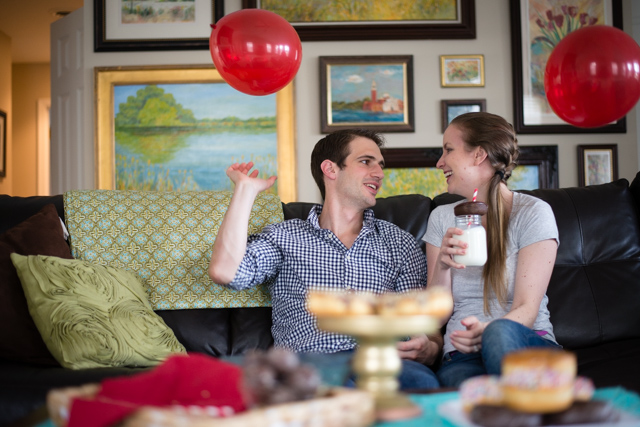 Husbands, balloons, nutella and donuts. That’s what Wednesday night looked like around here. Birthdays are much more fun as an all week affair, and to make up for the little snafoo we had on Monday evening, I put together a little after hours party for Ben with one of our favorite treats.

In honor of turning 27 – just a few things you may not know about Benjamin:

1. I’m the only one that calls him Benjamin. In college, all his roommates called him Benny.
2. He hates celery. Regardless, he’s the least picky eater I know.
3. His favorite baby activity is bathtime. His least is diaper changes.
4. He’s a skater. I never thought I’d date, love, or marry a skater. It is what it is.

(when we were dating, I was dancing 20 hours a week. we pretended it was the classic skater meets ballerina 😉
5. He is incredibly goal oriented. There’s a giant color coded goal calendar sitting across the room from me right now.
6. It is not unusual for his Friday night to include scheduling out each hour of his Saturday.
7. If he were to choose his top two movies at any given time from our DVD collection, one would always be Avatar (although that might be saying more about our DVD collection than anything else).
8. He writes poetry. He wrote far more of it for me while we were dating 😉
9. His mood is directly correlated to how much exercise he’s gotten. I learned early on in marriage if he was grumpy to send him on a run. It works like a charm.
10. He is far more of a perfectionist than I am. He is always in charge of hanging the gallery walls.
11. He reads business books for fun when he gets home from working as an engineer. And then happily watches mindless shows on Netflix (our favorites are While Collar and Chuck).
12. If money were a nonissue, he informed me last night he’d become a professional rock climber. Before we moved to Ohio we rock climbed 5 days a week together.
I joke that liking rock climbing was a requirement to date Ben. It’s not really a joke.
13. Before we got married Ben lived in a house with 12 other boys. He also owned a trampoline in the front yard. When we have a trampoline, he’ll use it more than any of the kids, I’m certain.
14. Ben likes to talk to Lincoln in Spanish and do pull-ups while wearing him in the wrap. Both make me happy.
15. He is incredibly talented at wrapping presents. The gifts I get always look better than the gifts I give.
16. He is much more humble than I am. It is a blessing to be married to someone so quick to forgive.
17. He is the first one who could really get Lincoln to smile. I am just starting to feel equally loved by our child.
18. He proposed with a song he wrote while playing the mandolin. It is one of four instruments he plays well. 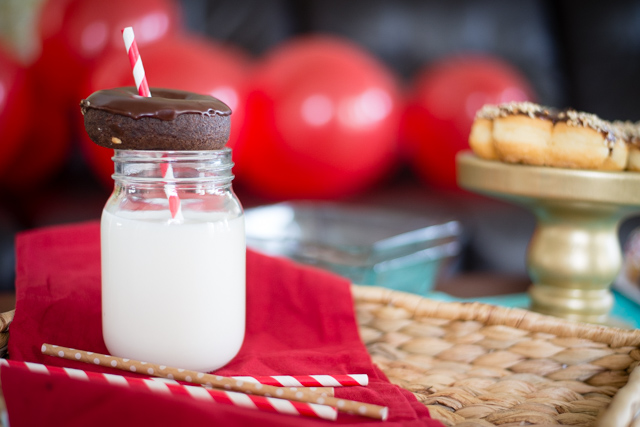 I’m not a huge fan of store bought baked goods … with the exception of donuts (and the occasional bakery cupcake). So, I’m not sure why I haven’t thought of donuts as dessert before (especially when I don’t have time to whip something up in the kitchen). 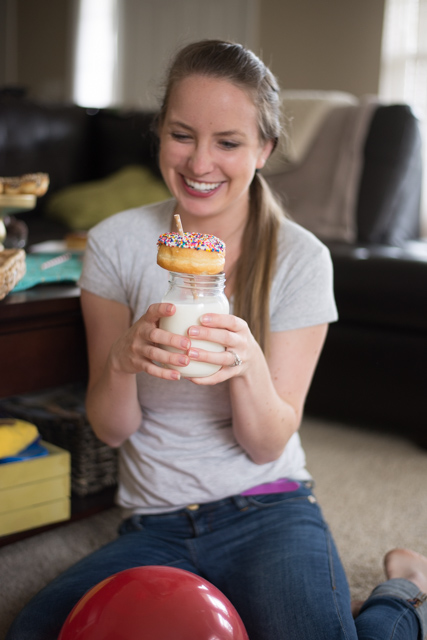 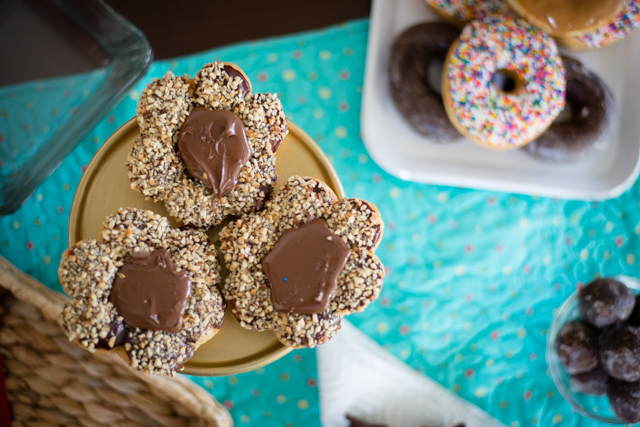 ^Tim Hortons Cafe & Bake Shop partnered up with Nutella for a few new products (guys, the nutella stuffed pastries are AMAZING). Me and nutella have a long wonderful history so these little beauties are my favorite. Nutella and crushed hazelnuts. The fact that we have a Tim Hortons 45 seconds down the road is dangerous (we’ve had these four times in the past six weeks). 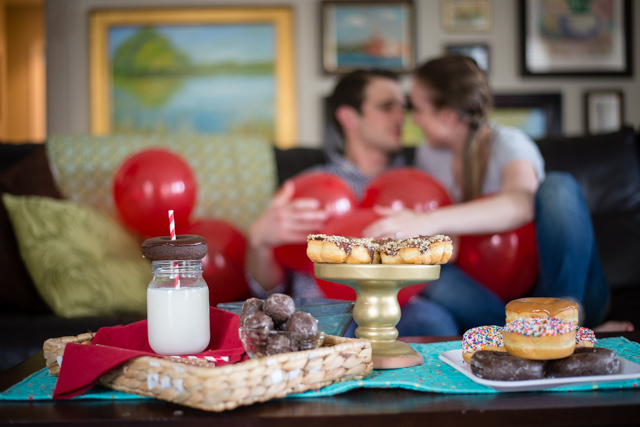 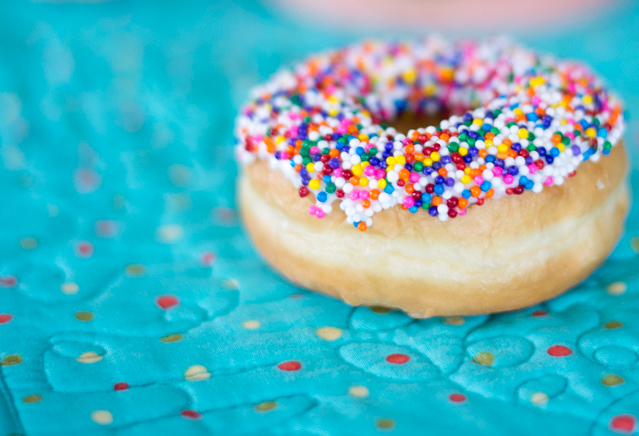 ^so there’s this place in Cincinnati that makes a grilled cheese donut ( I blogged about it here but its essentially a grilled glazed donut, cut in half and filled with mascarpone, chocolate, and strawberries) – which made me want to try donut sundaes. We didn’t get around to it last night …but I’m adding it to my summer bucket list. 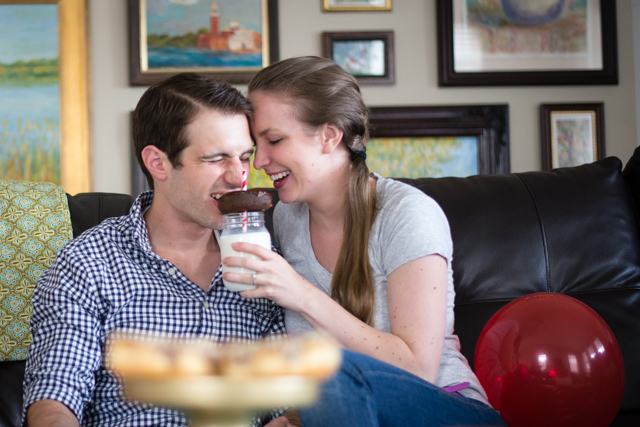 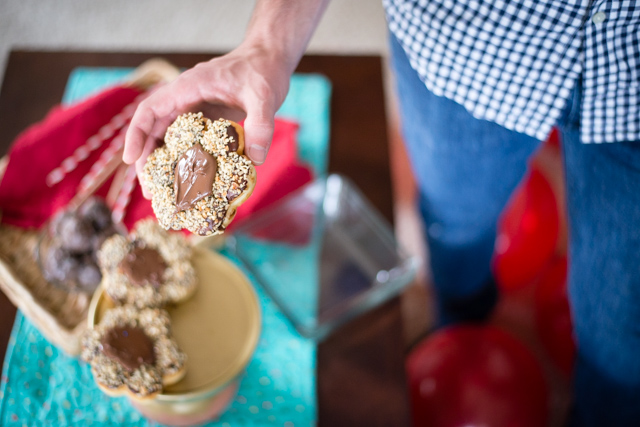 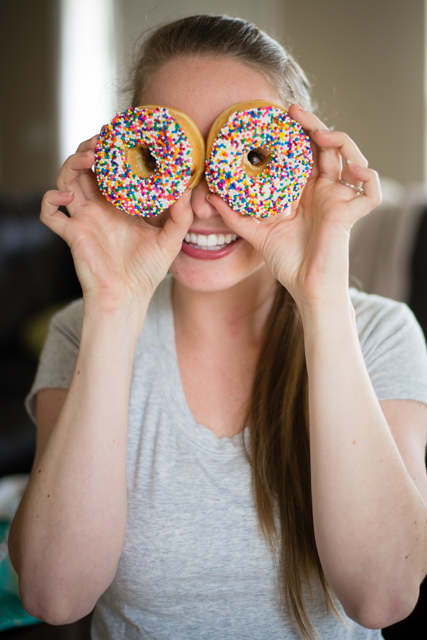 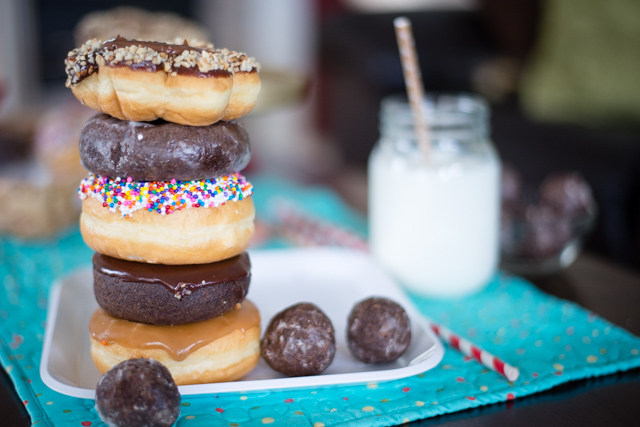 ^the leaning tower of donuts 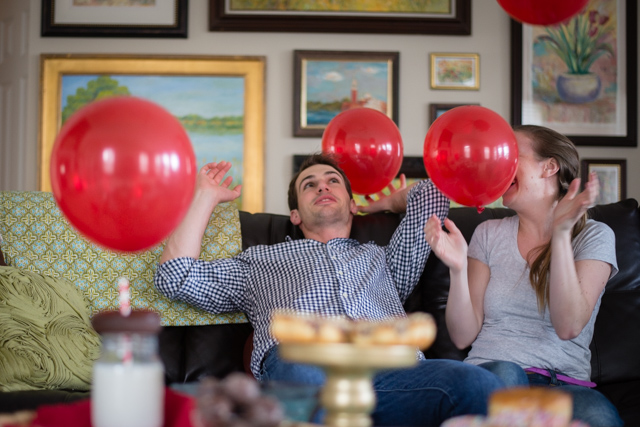 This post was created in collaboration with Tim Hortons Cafe & Bake Shop. All addictions to Nutella and donuts are my own. 😉